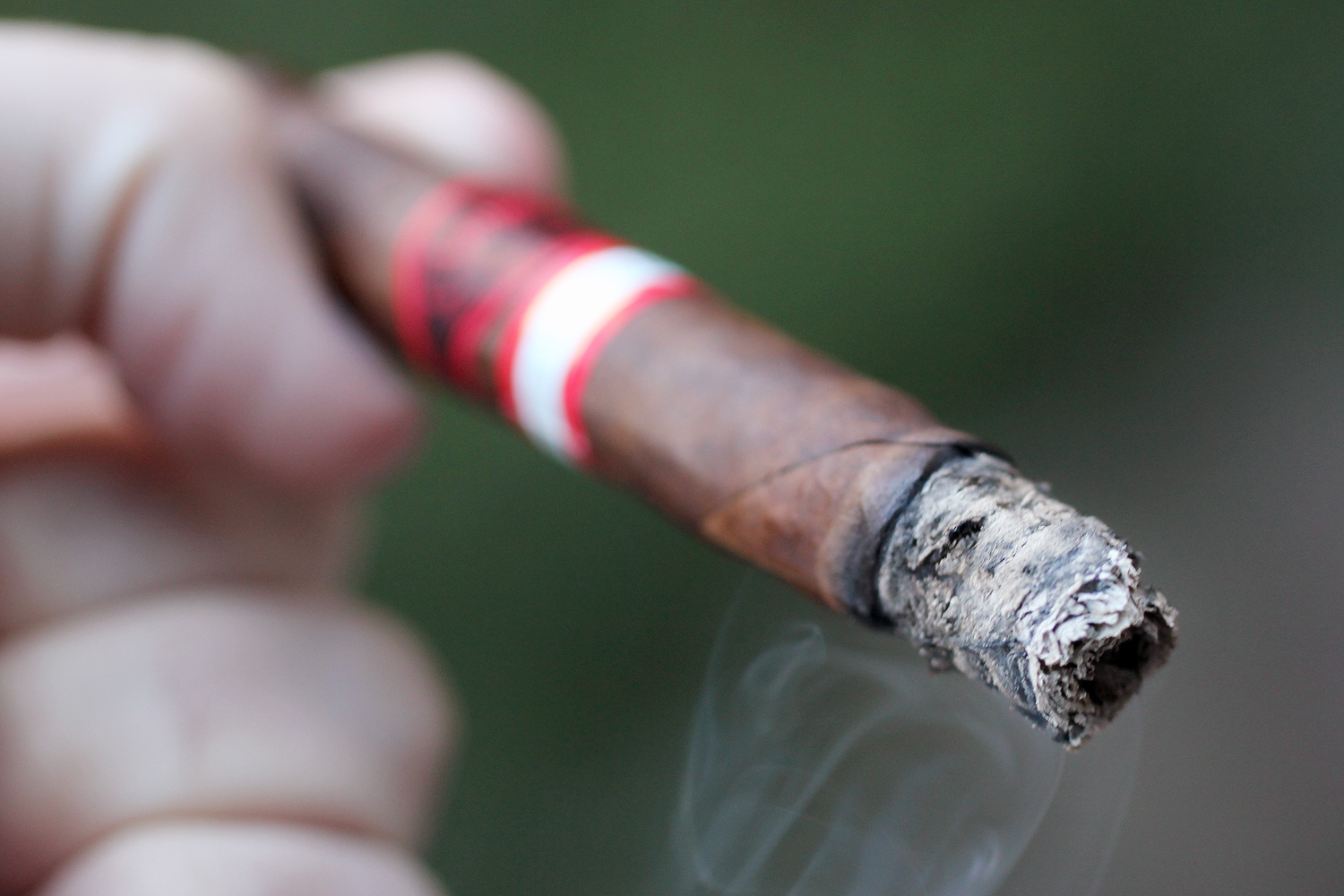 The announcement of this store exclusive cigar came on December 3, just over two weeks before the cigar’s official release at the store’s annual holiday party. Jorge Ahued of Stogies World Class Cigars told halfwheel that “I love lanceros, and my customers have become fond of that size because they see me and my staff smoking them all the time. So I approached Matt (Booth) about an exclusive; there was never a question as to what size I wanted to do.”

Booth and his Room101 brand are no strangers to store exclusives, having previously collaborated with Cigar Inn for the OSOK 212 in 2012 and Smoke Inn for the Room101 Big Delicious, part of that store’s Microblend Series. However, both of those releases were modified blends of existing cigars, where as the Room101 Namakubi Ecuador H-Town Lancero is the first exclusive size of an existing blend without being tweaked.

The Room101 Namakubi Ecuador was originally released in March 2013 with four formats, and this lancero brings the total number of vitolas to five:

In the press release, Dylan Austin, head of marketing for Room101 Cigars said:

The boxes of the Room101 Namakubi Ecuador H-Town Lancero look like this: 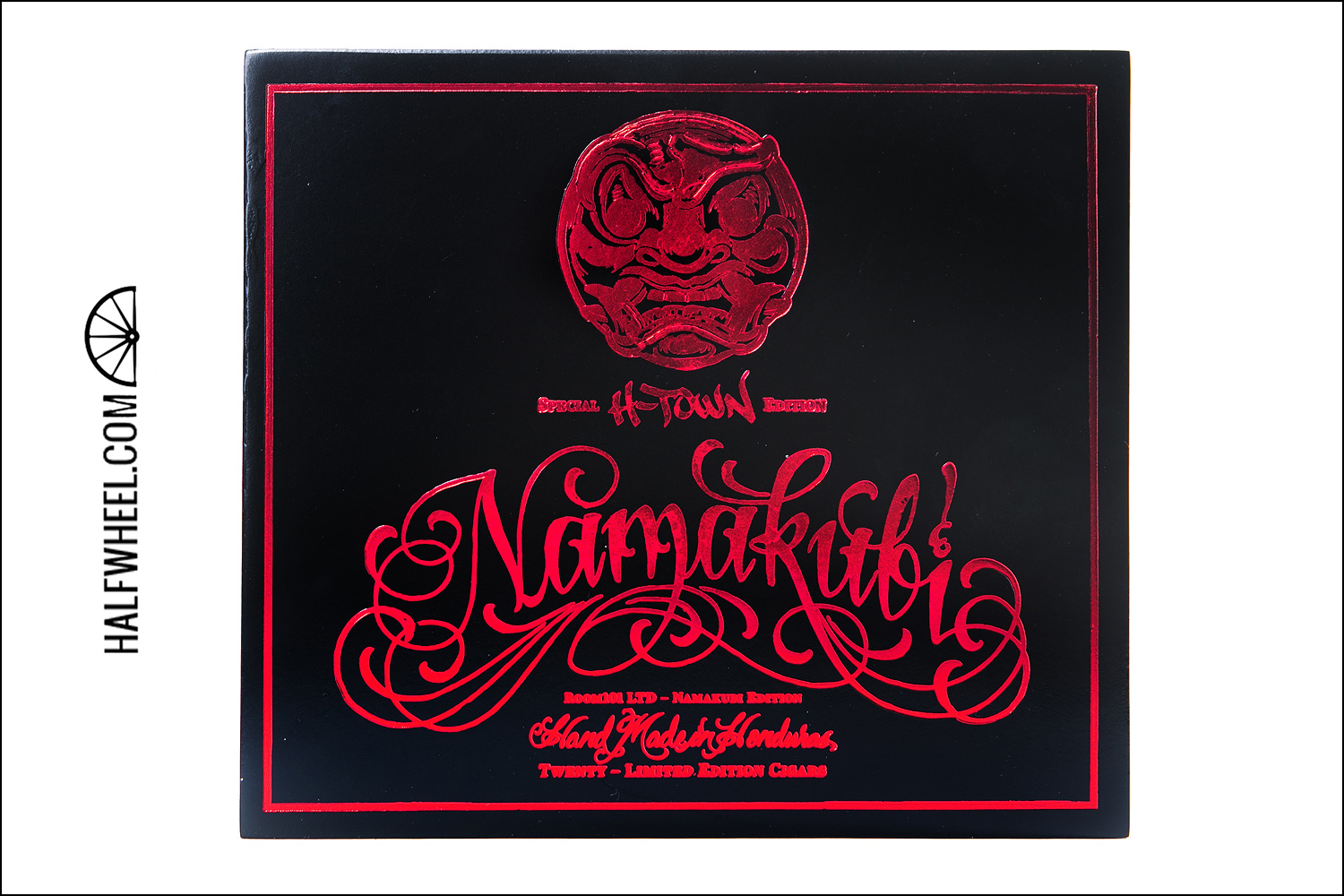 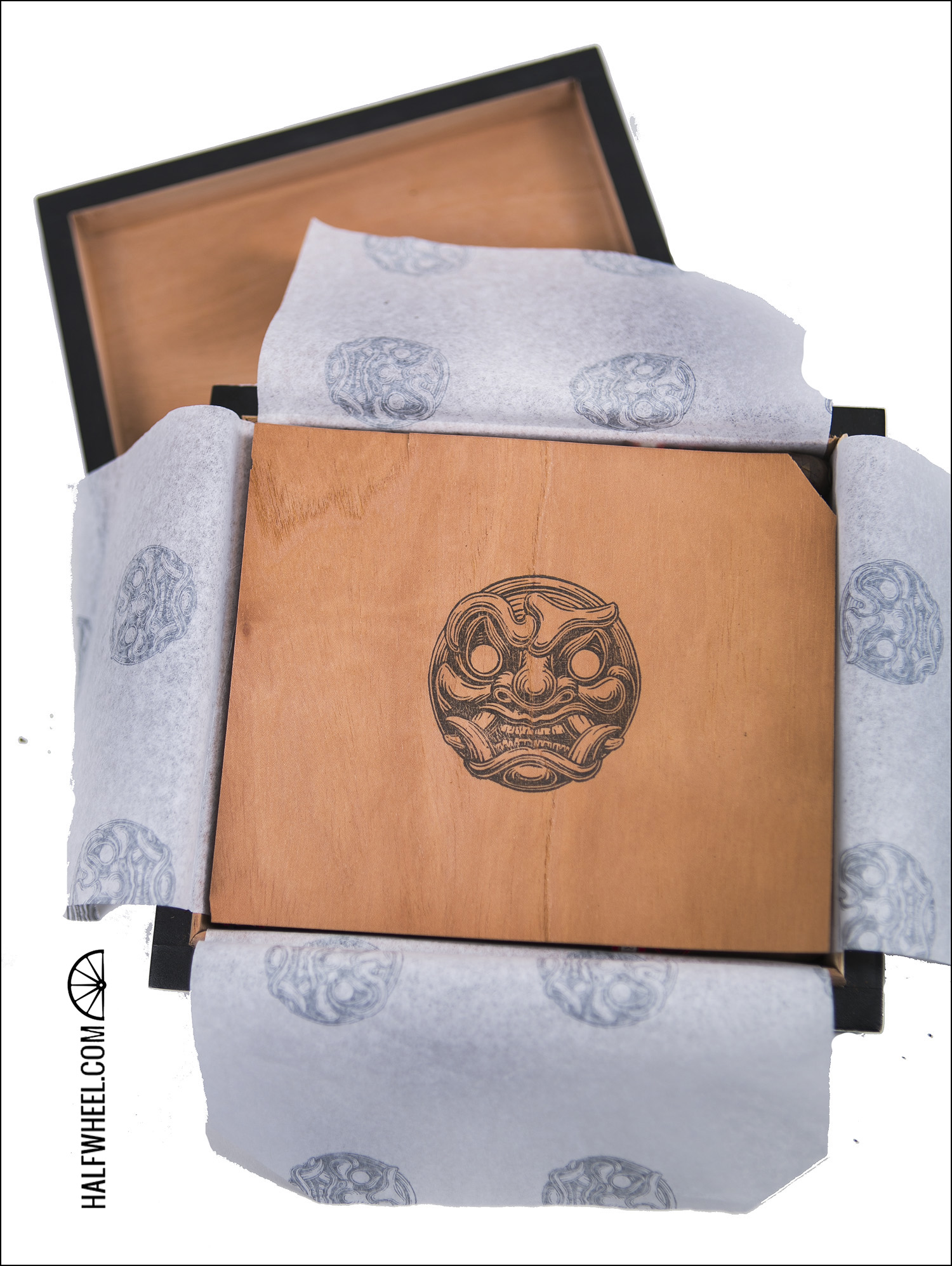 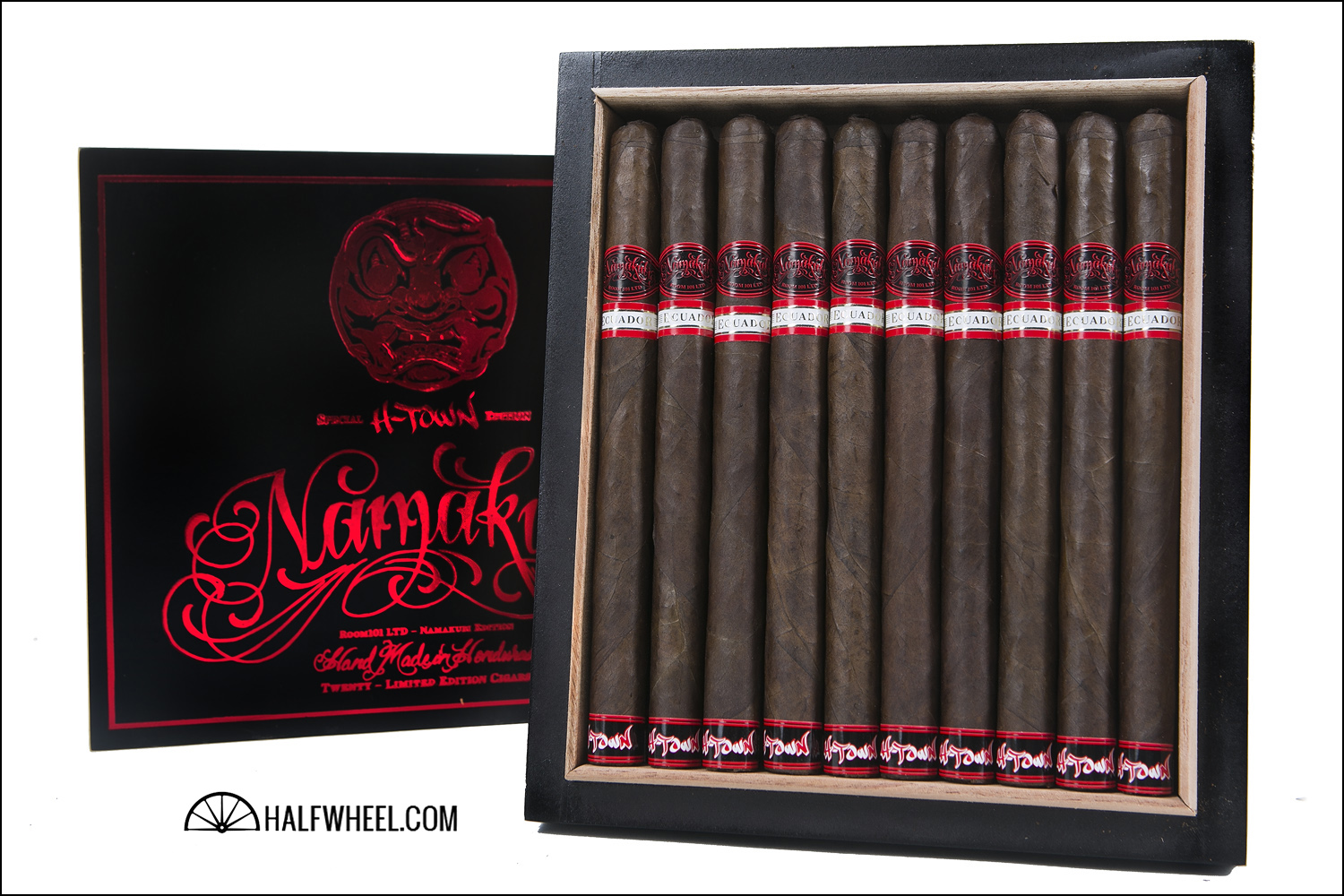 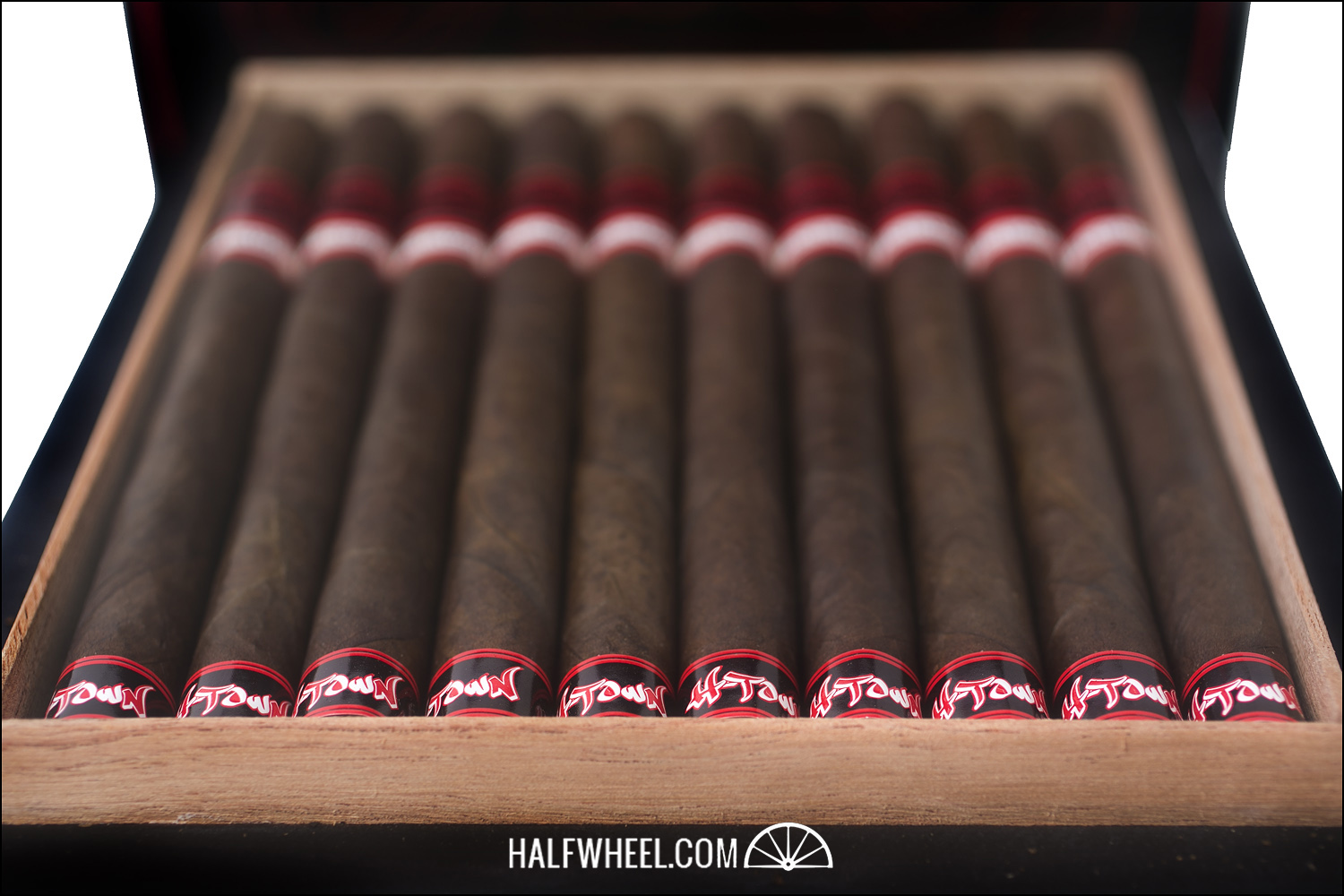 This is the third lancero from Room101, albeit the first not called Mutante. 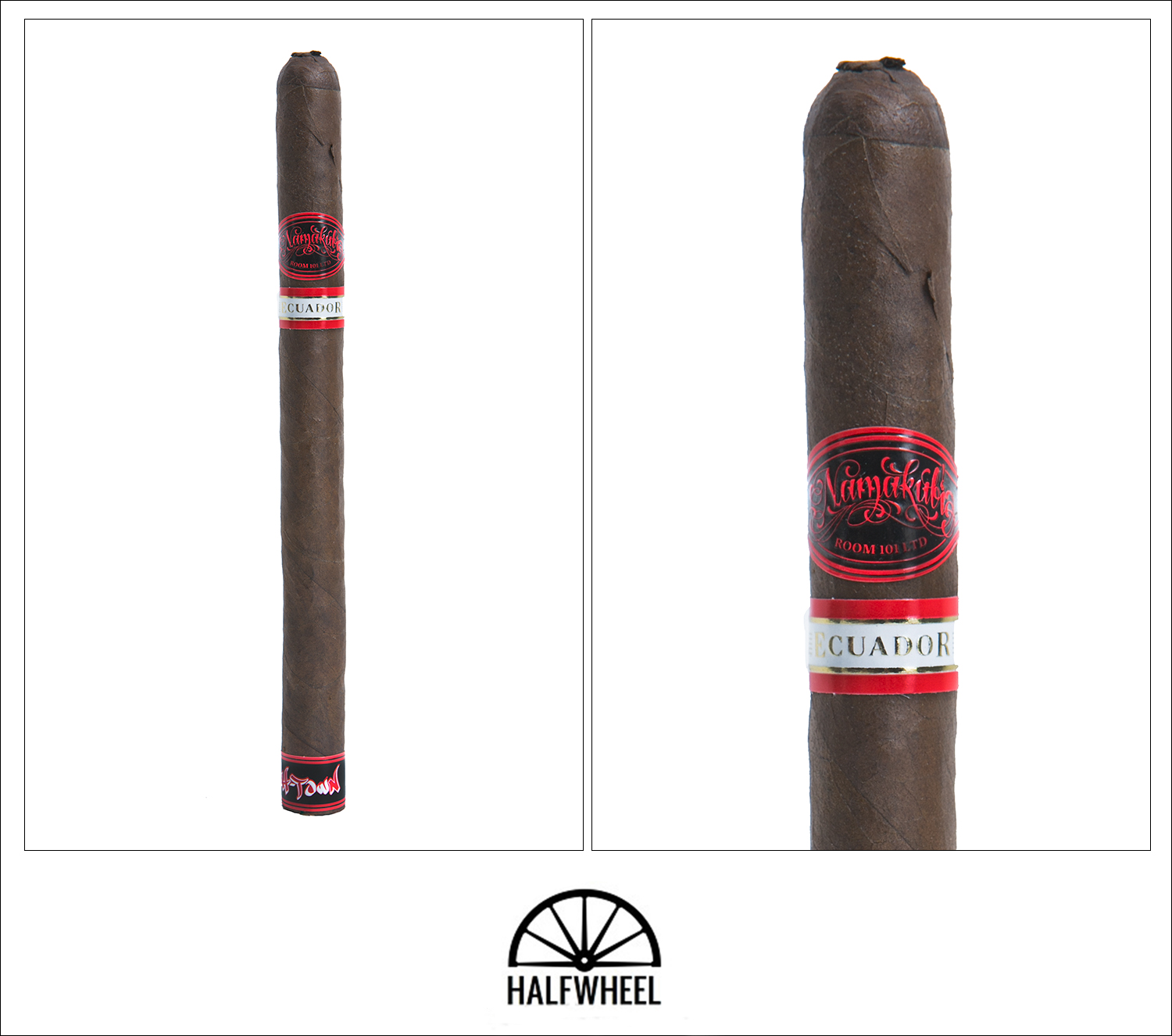 The footband adds an interesting touch given its use of a different front for H-TOWN, as well as the inclusion of Stogies logo on the back, and seems to align more with the main Namakubi band than the secondary Ecuador band, which with its prominent white and gold components really stands out from the others. As for the cigar itself, the dark coffee bean brown wrapper has a fair amount of decent shades present, highlighted by just a bit of oily sheen. The cigar feels firmer at the foot and head than it does in the middle, which seems to have a bit more give. The veins are small and thin but noticeable, sticking up just a bit from the leaf’s surface. Just above the main band on one cigar, there seems to be a sizable stem just under the wrapper, as it can be both seen and felt, creating a thick ridge in the cigar’s construction. The pre-light aroma at first is reminiscent of coffee, but it seems to have some brighter notes of fresh cut orange that come out after a few sniffs. What looks like a flat cap at first glance actually reveals a tightly wound cinnamon bun style, which when clipped allows for a cold draw that has a bit of wood and differing manifestations of a chocolate note—one was more like a milkshake, another like pieces of dark chocolate—but as with what the nose detected, there’s little if any pepper to be found here.

Within a few puffs that deliver copious amounts of smoke, the Room101 Namakubi Ecuador H-Town Lancero establishes itself with a hearty, saucy tang that has a bit of pepper and really excels in grabbing hold of your tastebuds in much the same way that trying a food for the first time does. There’s a woody backbone to the flavor early on, but on top of it are laid notes of earth and subtle hints of pepper that are found primarily in the nose. If you are a retrohaler, you’ll be best served doing it early to enjoy some of the citrus notes that the cigar also offers, with orange zest being the most dominant. On the first cigar smoked, the ash begins splitting in half like it had been hit with an axe from the get go, though despite that and another horizontal crack that appeared about half an inch in, the dirty gray ash held on very well. There is certainly no shortage of flavor in the first third of the cigar, though a lot of the time it is hard to pin down specific notes. Another retrohale packs a good punch from the pepper notes and  limits the quantity that can be exhaled without feeling overpowered by its power. The ambient smoke coming off the cigar keeps it front of mind, with a red chili pepper note developing past the halfway mark. 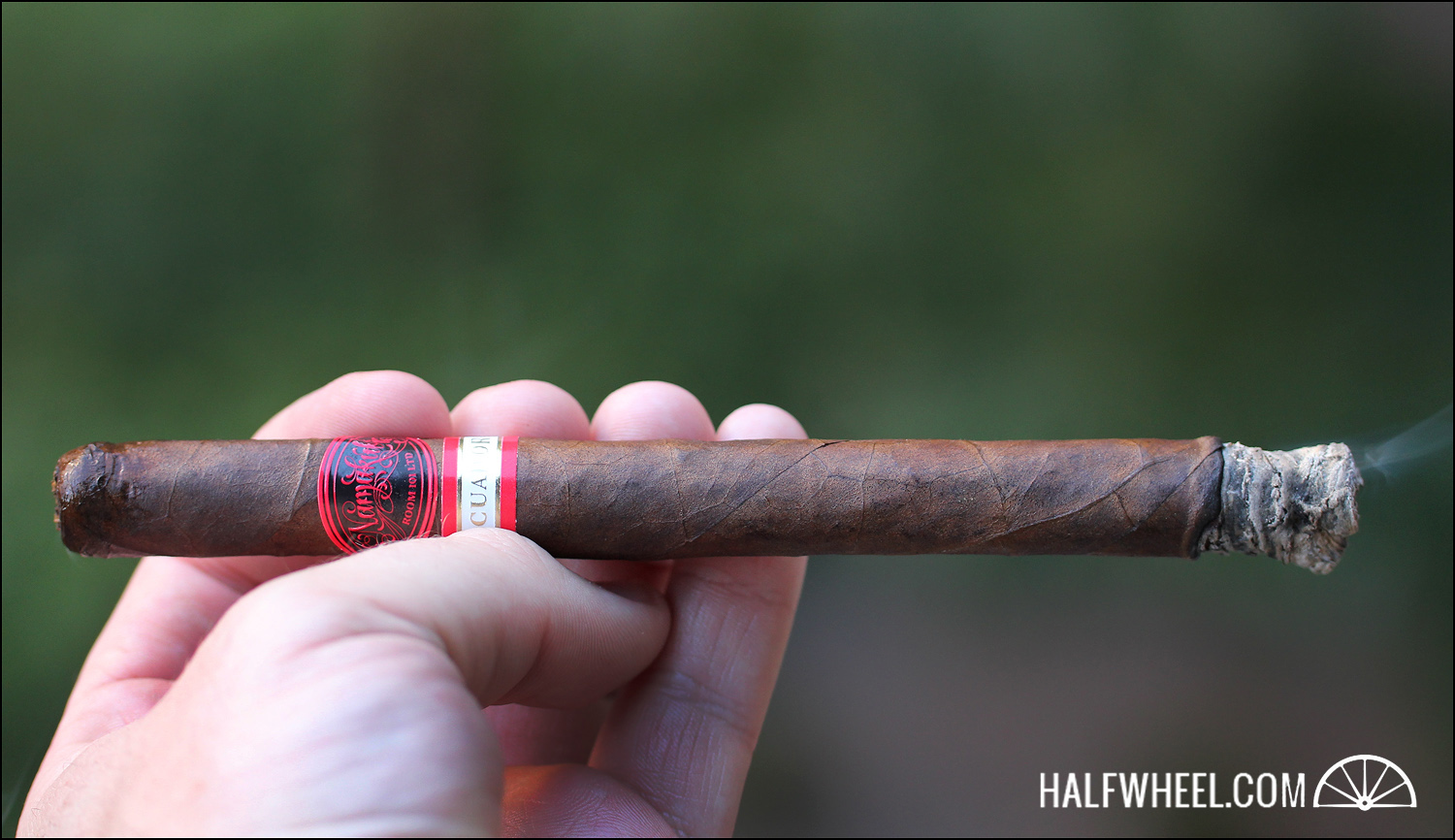 As the second third begins, the strength of the cigar feels like it is starting to creep up, and the pepper content is certainly increasing both in the nose and on the tongue. I continue to struggle to find specific notes for the flavors I’m picking up, defaulting instead to broader generalities of earth, wood and a hearty sauce note that has a touch of sweetness but is primarily something I would imagine serving as a marinade or dipping sauce for pork. It’s almost got a bit of hoisin sauce in it but is much more concentrated and without the sweetness I associate with that condiment. It’s at the halfway point a strong note of pepper comes through and begins to drive the taste. A retrohale just past the midway point of the Room101 Namakubi Ecuador H-Town Lancero proves to be futile, as the pepper is just too much to tolerate, let alone enjoy. Smoke production continues to be about as plentiful as one can expect from a lancero, while the ash does a more than impressive job of remaining attached, dropping off in regular one inch intervals. 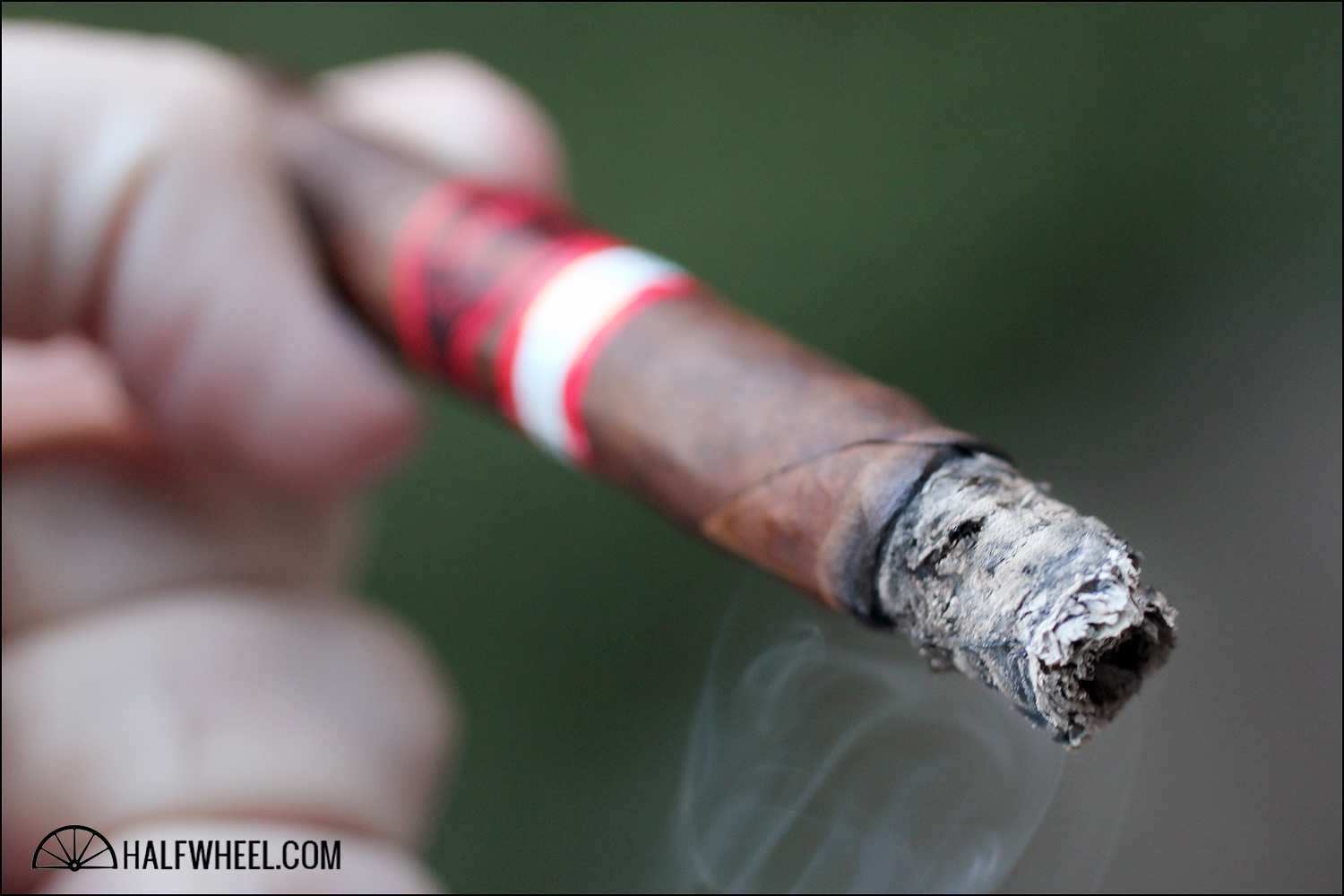 With all three of the bands now removed and the burn line having progressed into the H-Town’s final third, pepper has taken over the leading note role, as each puff releases another solid hit of tingling white pepper in the nose and a bit of black pepper on the palate. The final third also brings a bit of burn issues with it, as the cigar requires a few relights after extinguishing itself. After being largely dominated by pepper in this portion, the earth and wood notes begin to make their return and provide depth and complexity for the pepper, which still stands out but now has a much needed supporting cast for its finale. Touches of prune sweetness begin to emerge as well and contribute yet another layer of flavor. A downshift in flavors takes the profile to a deeper and richer point in the final two inches, as the soil and wood notes become damper and offer more for the taste buds to dive into. Notes of cocoa powder and coffee beans close out the cigar and provide for the most complex flavor profile the H-Town offers. 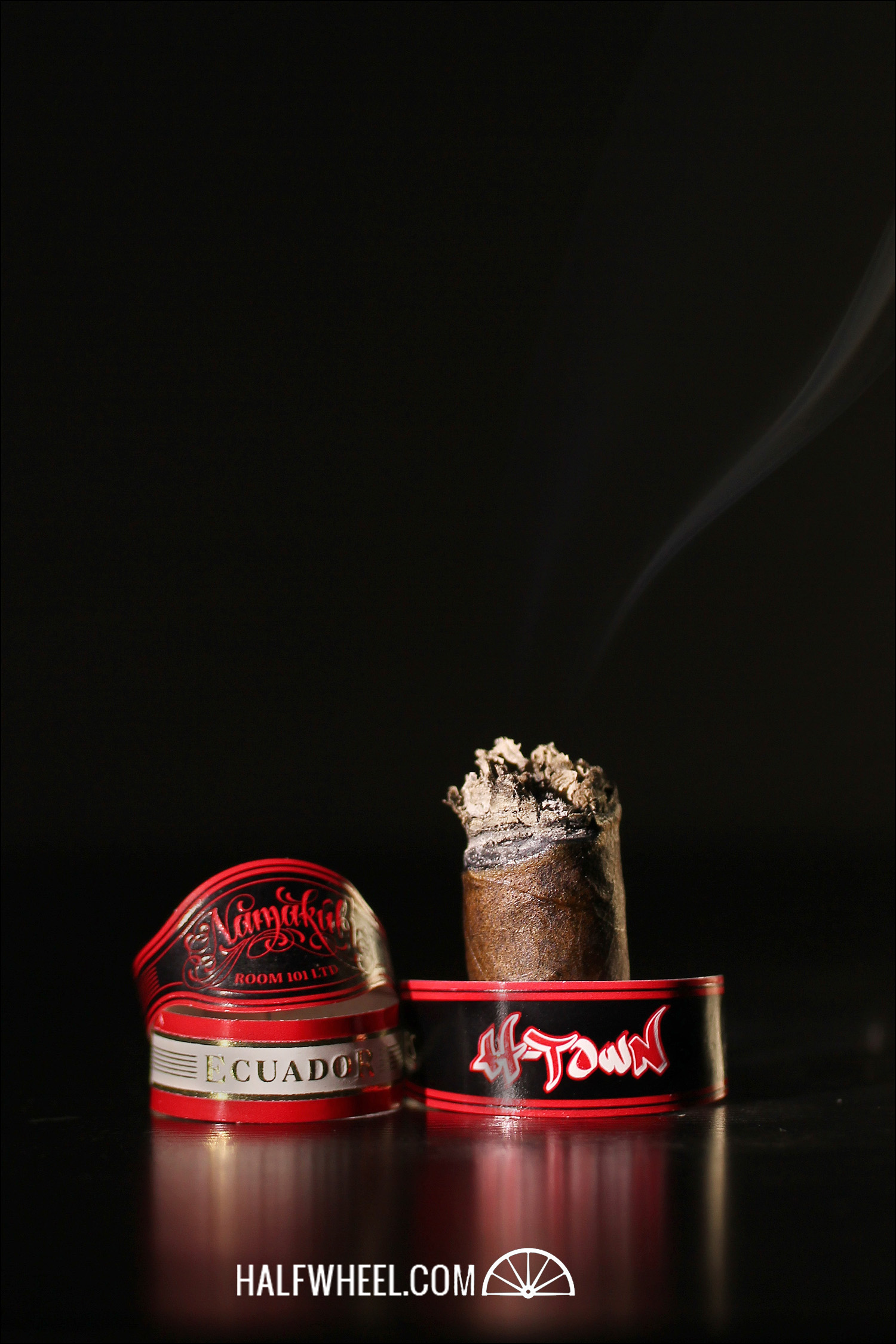 We are giving away a five-pack of Room101 Namakubi Ecuador H-Town Lanceros.
Leave a comment to enter. Contest rules are here.
Contest closes December 27 at 11:59 PM CST.

I recall trying one or two of the Room101 Namakubi Ecuador's regular production vitolas prior to trying the H-Town Lancero, and while those cigars were good, they certainly seem to pale in comparison to what the lancero vitola offers. The flavor profile is tight, deep and complex with numerous changes through addition and subtraction, as well as frequent transitions and variances in the amount of pepper to be found. The call for more lanceros and other small ring gauges has been frequent from this site, and we have often been told that smaller ring gauges don't always equal better flavors, however in this case that is exactly what it does. The construction is perfect and helps deliver a consistent mouthful of flavors, all while maintaining perfect construction and smoke production. My only knock on this cigar is that it is a limited production: if you like full bodied cigars with a good amount of pepper and strength as I do, you'll want to pick some of these up, which means there will be fewer left for me.