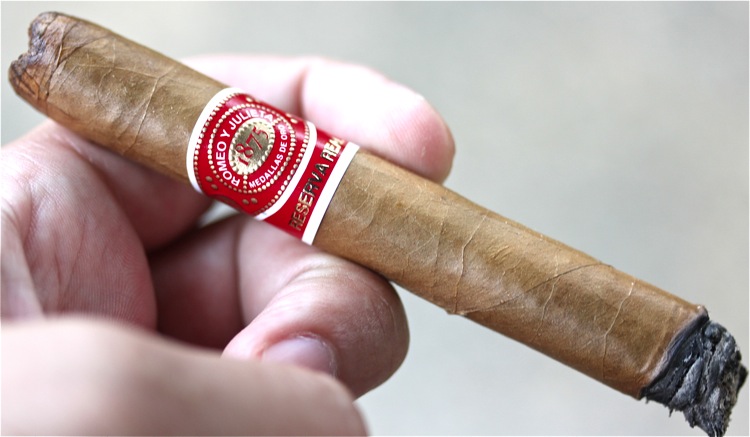 A R&J Lancero? Yes, well sort of… It’s known as the “Porto Real” and like the Macanudo Porto Fino, it comes in tubo. It’s one of the many Lanceros I never knew existed, but given Altadis’ general approach to sizes, it really comes as know shock that they would have this size, particularly in their most popular selling line, Reserva Real. However, a trip to Cigar Warehouse in Plano, TX reminded me of the existence of this cigar. In the effort to try to capture a full range of the domestic Lancero market, some thoughts on the Romeo y Julieta Reserva Real Porto Real after the jump.

The Story
There’s always a debate over what’s America’s best selling cigar. From everything I can tell, Macanudo is still the king, but the Reserva Real line can’t be too far behind, a virtual staple in nearly every tobacconist in America. It’s been a few years since I’ve had one, but it’s pretty hard to walk into a cigar store and not see these. There are fifteen vitolas offered, a few more special packaging options (including “It’s a boy/girl) and then a Reserva Real Maduro, so having a Lancero doesn’t really seem to be a stretch.

As mentioned above, this comes in tubo, which provides pretty good protection, although things are obviously not perfect as evidenced by the foot. The Ecuadorian Connecticut Shade wrapper has a real light mustard shade with quite a bit of green. For those doing a Google Images Search, Altadis really makes the cigars look darker than they actually are, it really is quite light. Light veins bulge from the overly smooth wrapper that gives a sweet tobacco and cereal aroma. Packing is about average as far as Lanceros go; although this is 34 RG, as opposed to an El Laguito No. 1, which measures at 36. It produces a great amount of resistance, which is good given the little room for error at the thinner RG. Aroma from the foot of the Reserva Real is again cereal and tobacco, medium plus and relatively straight forward. 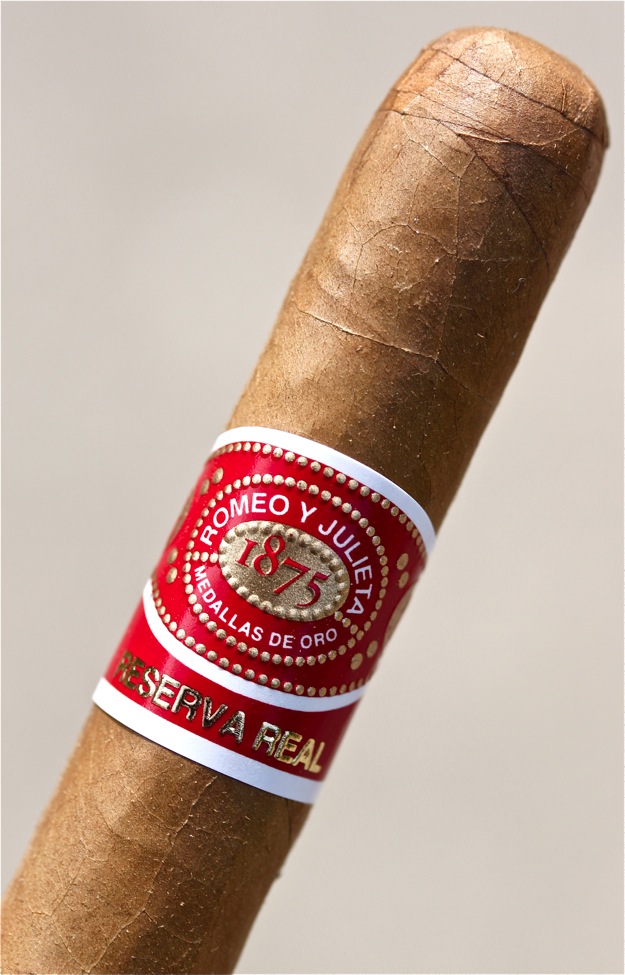 Lighting
The V-Cut does its job removing the plain cap. Aroma from the top of the Porto Real is nutty with a bit of earth, somewhere along medium-full. Cold draw shows off a medium-full nuttiness, bit of tobacco; once again rather simplistic. Lighting is a bit more exciting as the Porto Real produces tobacco and barnyard nuts. Initial draw starts with a sweet nut that quickly transforms into a toasty sweet tobacco; medium and short. 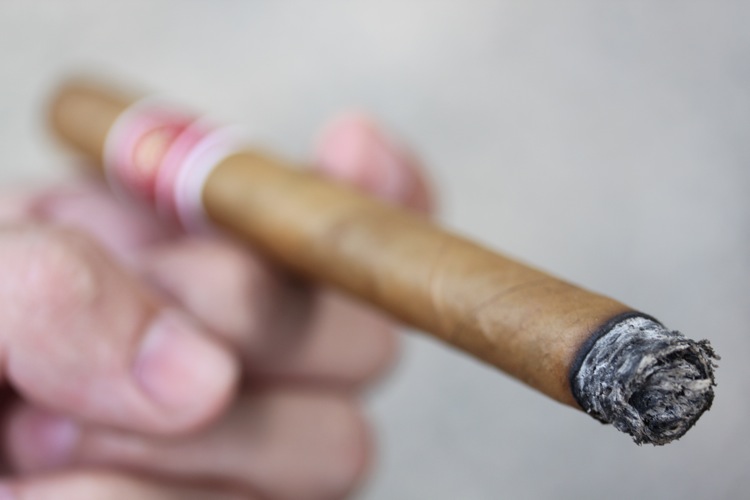 First Third
How do I put this? It’s plain, real plain. Sour tobacco with a bit of bitterness and that’s about it. It’s somewhere around medium, sticks around for the finish gaining some harshness and just lingers. It’s not pleasant and unexciting. Draw of the Reserva Real is a bit tight, but smoke production is still a bit above average. Strength is predictably mild and the burn is thick and good. Ash is fairly dark, holds for about an inch and falls whenever it pleases.

Second Third
Does it get anymore exciting? I guess. There’s some pepper added underneath the tobacco flavor, but that’s it. The Romeo y Julieta becomes a bit fuller, but it’s still not a great cigar. Much of the rest stays the same: burn, construction, ash, strength, body. This is unfortunately slowly burning, which might give you an idea of how I feel about the Porto Real.

Final Third
I apologize for the lack of picture, forgot to take one. Flavor stays the same, until there’s an inch and half left when it just becomes too harsh. While the draw doesn’t seem to tighten, there’s a bit of tar that develops around the edges of the cut. Everything else remains the same, with the exception of the harshness. Eventually I put this down, a bit longer than I wanted it to keep going.

For the Novice
Is it light enough in terms of strength? Yes. Do I recommend this? No. (Next paragraph.) 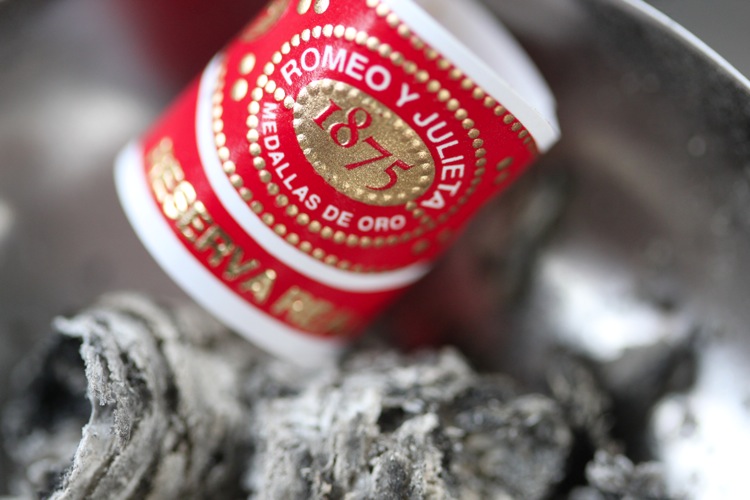 In the End
The Romeo y Julieta Reserva Real Porto Real is just not a very good cigar. There’s not really a redeeming quality to any part of this cigar. Whenever you want a cigar to end earlier, things could be going better and from the start things just were not where they needed to be for the Porto Real. Construction was fine, but flavor was nothing but disappointment and disgust.