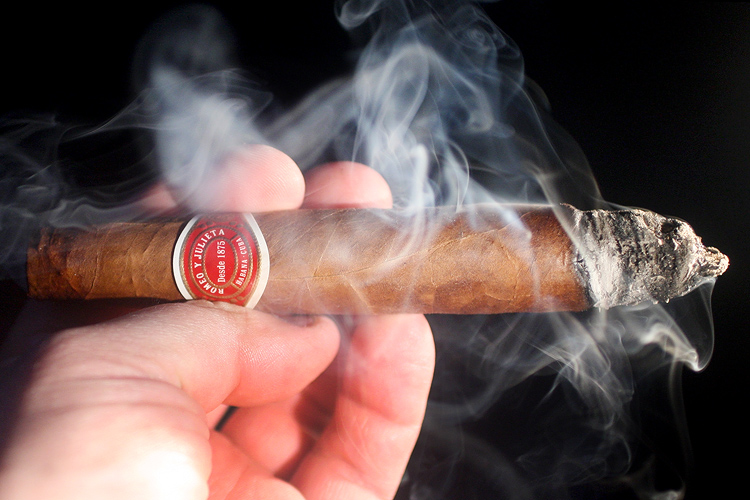 In 2006, Habanos S.A. introduced the Réplica de Humidor Antiguo (Replica Antique Humidor) series, which consists of extremely well-made and expensive replicas of antique humidors. Inside are usually cigars rolled in vitolas within specific marcas that are either discontinued, never released or previous special editions.

Here is the press release from Habanos when the Romeo y Julieta Réplica de Humidor Antiguo was released in 2008:

Habanos s.a. will launch a Replica of an Ancient Romeo y Julieta Humidor this year, of which, only 250 cases will be produced and will be exclusively aimed to Casas del Habano worldwide.

Now, Romeo y Julieta is bringing back an astonishing size: the Romeos (Girth 52 x 162 mm long) which is a  Doble Figurado or Fancy shape, exclusively manufactured for this release and comprising 50 of them in each Humidor. This size was discontinued in the 70´s but brought back for the 125th anniversary of the brand in a Commemorative Humidor in 2000.

These humidors are totally manufactured by hand and made up of cedar and mahogany, by the renowned Cuban goldsmith Ernesto Aguilera who was also the artisan responsible for the Partagás and H. Upmann replicas that were commercialized by Habanos s.a. in 2006 and 2007 respectively.  He is the author of some unique masterpieces auctioned at the past editions of the Habanos Festivals as well.

Here is a photo of the Romeo y Julieta Réplica de Humidor Antiguo:

There have been a total of six releases in the Replica Antique Humidor series since 2006. They are:

The Romeo is a great looking large Perfecto with a dark reddish brown wrapper that is smooth to the touch. There are some veins present, but they do not stick out or distract and the wrapper smells faintly of barnyard, chocolate, manure and generic wood. It has the perfect amount of give when squeezed and the cigar feels hefty in the hand when held.

The first third of the Romeo y Julieta starts off with immediate flavors of rich aged creamy oak, hay, leather and a tiny amount of cinnamon. The profile is creamy overall and there is a nice but small amount of spice on the tongue that sticks around for the entire first third. I am surprised to note that there is a saltiness on my lips from this cigar and I really hope that continues. The draw is perfect from the first puff, but the burn is off and on at times. Strength slowly builds to a mild medium by the end of the first third, and while I think it will get stronger—I doubt it will be a powerhouse.

Coming into the second third of the Romeo and the profile is pretty much the same throughout. Still very creamy with oak, leather and hay. I am noticing some slight sweetness in the far background, but it is not strong enough to really pick out a specific flavor. The spice from the first third is still around, as is the saltiness on my lips, but both are much reduced and I don’t see them lasting much longer. The draw is still perfect, but the burn is still a bit wavy. Strength is a medium at best, and if it gets any stronger, I will eat the nub, literally.

The final third of the Romeo y Julieta is an almost carbon copy of the second third. Very creamy and woody with just a tad bit of generic sweetness that reminds me of plum. There are some other flavors of leather, earth and chocolate that come in and out, but none are very strong at any point. As expected, the spice and saltiness from the second third has all but disappeared and the strength remains at a solid medium until the end of the cigar. Burn and draw are wonderful to the end, but the flavors of this cigar go out with a whimper, not a bang.

The Bottom Line: While Romeo y Julieta is not a Cuban marca that I smoke a lot of, I enjoyed the Romeo from the Romeo y Julieta Réplica de Humidor Antiguo. It has a nice, rich creamy base, with some distinct flavors to go along with it. Having said that, it is a very large cigar, it is full of tobacco, it burns quite slowly, and the profile is fairly monotonous for the entire two hour smoke. While I enjoyed it on a nice Saturday night, at the asking price of about $135 each, I am not going to be running out and buying a humidor anytime soon, even if I could find one.