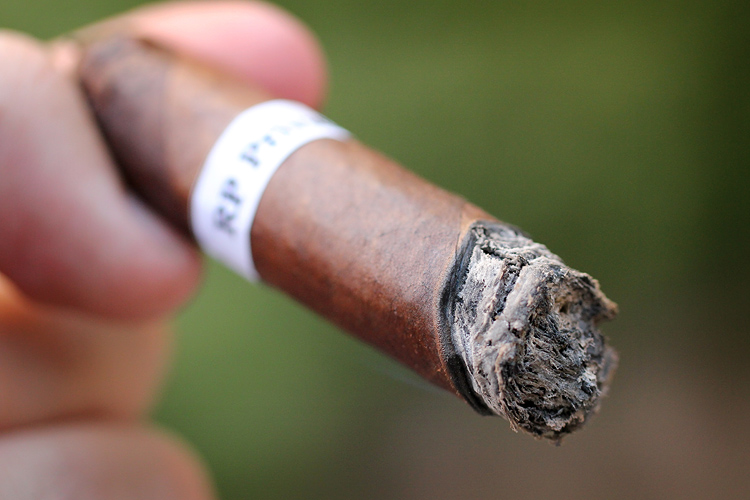 A flurry of press releases about Rocky Patel’s new lines came out just prior to the IPCPR convention and trade show in Orlando, among which was news of a brand new line called the Private Cellar.

“Private Cellar is a personal favorite – a blend that I have been working on and aging for a number of years,” said Rocky Patel in the press release. The cigar is billed as being medium to full-bodied and uses Nicaraguan tobacco for the binder and filler with a Broadleaf Connecticut wrapper from the USA.

The Rocky Patel Private Cellar is being debuted in three vitolas: The Rocky Patel Private Cellar has a slightly dark brown wrapper that is smooth to the touch with just a few veins. The pre-light aroma is decidedly peppery, leading a dry aroma that has some notes of wood and nuts. The cap clips off cleanly and easily, revealing a slightly firm cold draw with notes of some dark chocolate, front of the tongue spice and just a slightly meaty note.

A decent hit of pepper and spice opens the first third of the Rocky Patel Private Cellar with the taste quickly opening up with a tanginess that wakes up the palate. The cigar is medium or almost medium-minus in terms of body and flavor, but the sharpness of the pepper adds a good deal of character and for the most part overshadows what sweetness may be there. While the dark gray ash is strong, the burn line quickly becomes uneven and eventually requires a jumpstart on one side to help it catch up. By the second third, the spice has largely died down leaving behind a light, dry wood note and a smooth smoke. The pepper returns past the midway point, and the flavors are mounting a return in the second half. The underlying tanginess from the first third is still there, coloring the wood and earth notes that come out. The burn line issues have largely resolved themselves while the smoke stays plentiful and carries a healthy bit of pepper into the nose. The final third sees a steadily building of flavors, especially when the burn line gets to the band. The spice is still there, but has shifted into the background, making way for a distinctive if a bit thin earthiness to emerge, carrying it with it some clay and minerality. A hearty salami note starts to appear as well, and makes this third by far the most flavorful of the three. 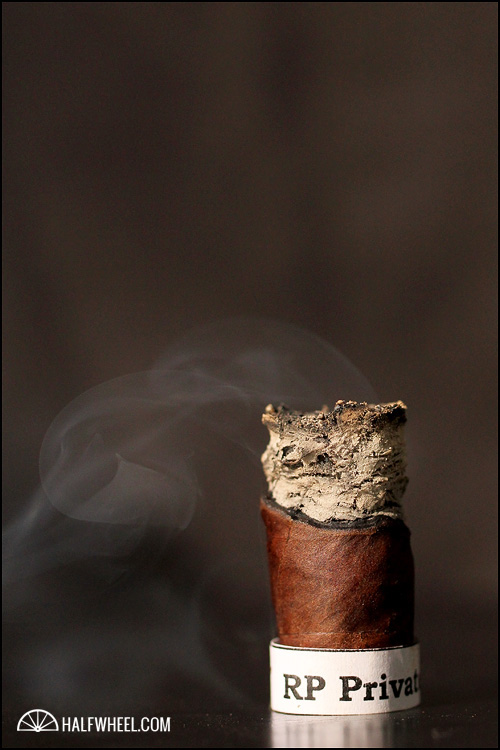 The Bottom Line: Like a lot of Rocky Patel’s offerings, there’s not a lot to disagree with in the Private Cellar: the smoke is smooth, the flavors are agreeable and the price is pretty reasonable. What hindered this cigar from being a standout was how thin the flavors were in the first two thirds and how it seemed like the spice was trying to make up for it. That’s not to say they were one dimensional, just that it felt like the thinness of the flavors were trying to be covered up. While I don’t think I’ll be picking any additional ones up, that doesn’t mean they’re not worth trying, and it doesn’t mean that the Rocky Patel Private Cellar is a cigar I’d turn down if offered or feel like I was suffering through just to be polite. Rocky Patel makes some pretty good sticks; this one just doesn’t crack the top fiveof his releases for me.