Rocky Patel brought six new lines to the 2013 IPCPR trade show and convention, and while none of them were described as the flagship release verbatim, it was clear that Rocky Patel Platinum was the frontrunner for the unofficial award. Platinum was characterized as varying degrees of similar to the Rocky Patel Fifty, a cigar that was received generally well despite the hefty price tag.

On paper, Platinum appears to be an entirely different blend from Fifty. It uses an Ecuadorian Habano Oscuro wrapper, San Andrés binder and filler tobaccos from Nicaragua. As with nearly every new non-The Edge release from Rocky Patel, it is rolled at Tabacalera Villa Cuba S.A. (TAVICUSA), the Estelí, Nicaragua-based factory owned by Rocky Patel and Amilcar Perez Castro. According to the company, at least some of the tobacco used actually comes from the company’s Nicaraguan farms.

The Rocky Patel Platinum will be released in three different vitolas at launch, all of them box pressed and all sold in boxes of 20. They are:

Here is what the boxes the Rocky Patel Platinum will come in look like: 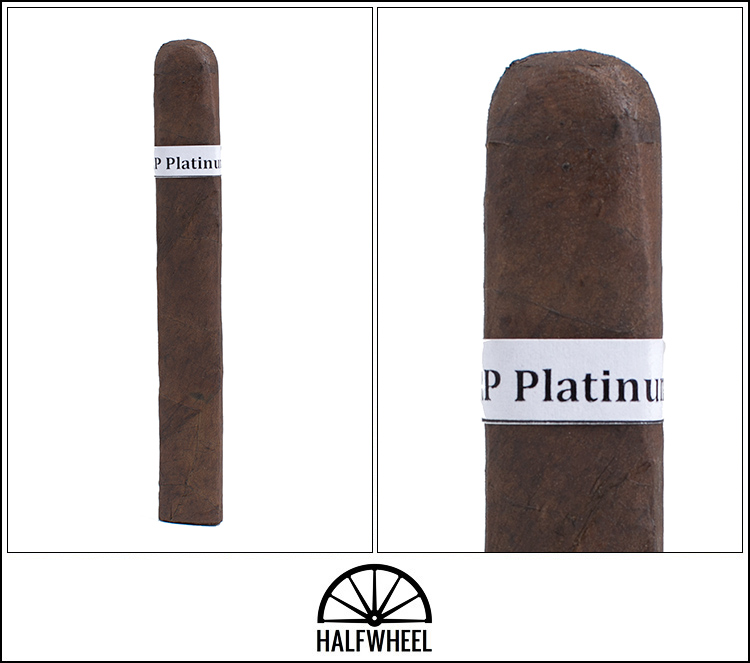 The Rocky Patel Platinum is covered in a very dark and rough to the touch espresso brown wrapper and features a soft, yet obvious, box-press. It is a bit softer than I like when squeezed. The aroma emanating from the cigar is a combination of strong earth, leather, cedar and chocolate and the cold draw brings notes of oak, leather and earth, along with an indistinct dark, sweet fruit.

The Rocky Patel Platinum starts off immediately with strong notes of leather, earth, hay, wood and bitter espresso. A nice, light vanilla flavor is immediately noticeable as well, but only on the retrohale. There is a fairly aggressive black pepper present as well, along with some slight spice on the tongue, and both seem to be getting a bit stronger as the first third progresses. Construction-wise, the draw is excellent, while the burn is a way off, forcing me to touch it up a few times. The smoke production is massive, and the strength ends the first third at a solid medium. There are a few changes in the second third of the Platinum, most notably the black pepper on the retrohale, which has almost totally disappeared by the halfway point. The vanilla sweetness from the first third is still present, but much reduced, and I don’t see it lasting until the end of the smoke. Noticeable flavors stay pretty much the same as well with earth, leather, wood, hay and a bit of a coffee note flowing in and out. The draw remains effortless, and thankfully the burn has evened out nicely, while the smoke production continues to be quite copious. The final third of the Rocky Patel Platinum Robusto does indeed leave both the sweetness and the pepper on the retrohale behind, replacing it with more flavors of cedar, hay, earth and coffee. Both the burn and draw continue to give no problems at all, and the smoke continues to billow off the foot like a house on fire. However, a major change from the first two thirds is the strength, which ramps up quickly to finish the cigar just below the full mark. The nub does get a bit hot at the end, and I am forced to put the cigar down with about three-quarters of an inch left. I was pleasantly surprised by this blend from Rocky Patel. While still not the most complex or balanced, the profile of the Platinum has quite a bit of flavor, and the construction on two out of the three that I smoked for this review were excellent. I really wish the sweetness from the first two thirds did not disappear and the pepper on the retrohale stuck around as well. All in all, a fairly good cigar at an okay price and well worth trying.