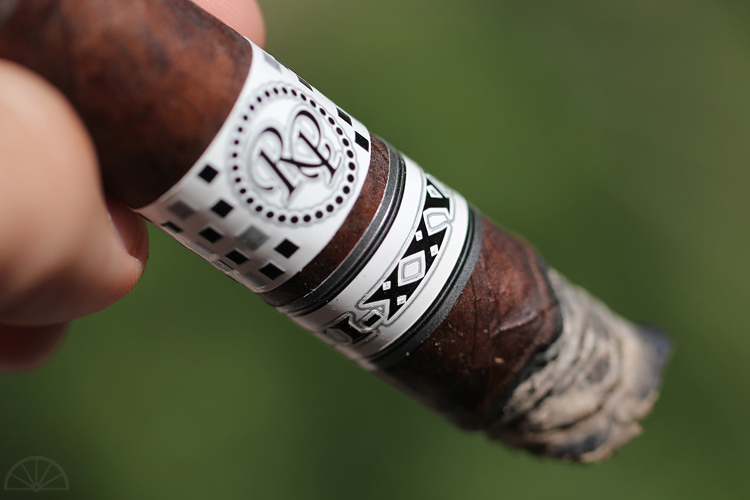 Back in May 2011, I had the chance to talk with Rocky Patel during an event in Phoenix, when his new factory in Nicaragua, Tabacalera Villa Cuba, S.A.—TAVICUSA for short—was still in its relative infancy. He was excited about the cigars that would be coming out of the factory, as they would be the higher-end offerings from the company.

One of the things that Patel has been drawing inspiration from for cigar names as of late have been anniversaries – the Decade was arguably his first showcase cigar that was release to celebrate the company’s 10th anniversary. The Fifteenth Anniversary echoed that when it was released in 2010, and in 2011 the aforementioned Rocky Patel Fifty was released at the IPCPR trade show.

On March 22 we learned that Rocky Patel’s latest creation would draw its name from Patel’s birthday and be called the Rocky Patel II-XXVI, or “2–26.” Rocky Patel was born on February 26, 1961, and the name is written out in Roman numerals, so don’t go into your store looking for the “i-i-x-x-v-i.”

Said to be one of Rocky’s favorite personal blends, the Rocky Patel II-XXVI is being released in three sizes, all coming in 20–count boxes:

The first shipment went out April 15, and is currently available at retailers. Each size is limited to 1,000 boxes. The primary band has a confetti design that feels fitting for a cigar commemorating Rocky Patel’s birthday, though the alignment of the primary and secondary bands feels just a bit off-center. The Connecticut Broadleaf is a rich, dark brown with a few small veins, some tooth and a slight amount of crystallization. There’s a little bit of give to the cigar when squeezed but overall feels evenly packed. The pre-light aroma leads with a dark cherry sweetness that opens up into a bit of a smoky note that emerges out of dark grape jam on wheat toast. The cold draw is perfect and much more complex than the pre-light aroma: it’s earthier, less sweet, adds a bit of leather and chocolate and has hardly any spice.

The first third of the Rocky Patel II-XXVI Robusto starts with a good bit of spice and a dry smoke with medium body. There’s a woody zing that provides a good bit of sensation, and leads up to the pepper that follows shortly behind. It hits in the front and top of the tongue, almost feeling a bit too light though. When I think of peppery cigars, I tend to think earthier notes and a heavier pepper note – this is simply at the other end of that spectrum. By the time the burn line is just about an inch in, the spice and pepper pick up and evolve into a slightly more familiar note. The smoke continues with its dry texture and for a few moments evokes memories of those canned Progresso bread crumbs that my grandmother used so frequently when I was young. The ash holds on well through the first third before breaking off cleanly and starting the transition to the second third. As the flavor begins a transition away from what it offered in the first third, there are a few points where it becomes hard to pick out and put names to the specific flavors I’m picking up. Ther is an uptick in strength as it now sits at a medium-plus, and a coffee note has come along to join the flavor mix. It’s not nearly as spicy or peppery as it had been earlier, seemingly heading in the direction of creating a complex flavor balance. As the burn line approaches the midpoint of the Rocky Patel II-XXVI Robusto, it starts to go just slightly askew in both cigars, something that is quickly remedied with a quick touch-up from the lighter. With this continuing progression in flavors, there are points where things get a bit funky and out of whack: the coffee note picks up too much acidity at one point and the proportions just seem slightly off at another. The final third of the Rocky Patel II-XXVI brings on notes of espresso, chocolate, a touch of leather and some earth – by far the most dialed in and complex that the cigar has been to this point. It’s a delicate balance, as the espresso note teeters on having too much acidity that knocks the flavor just slightly out of balance but never to the point of not being enjoyable. The burn rate slows just a bit and provides ample time to enjoy what is by far the best third of the cigar. Neither of the cigars smoked were taken down to the nubs, but there wasn’t a feeling of being short changed in either one – the flavors are plentiful enough in the final third that there’s no need to squeeze any more out of the cigar. The Rocky Patel II-XXVI does a lot right – it looks great, it has a complex cold draw and some distinct flavor profiles. Yes, there are points where the transitions hit some bumps in the road and fall out of favor, but thankfully they are few and far between. Yes, there was a slight bit of a burn issue, but nowhere near as bad as I have seen in other cigars at the same price level. The Rocky Patel II-XXVI is right in line with the recent premium releases to come out of TAVICUSA, and assuming the price doesn't bother you, makes for a very enjoyable cigar.