For the second year in a row Regius Cigars has released their limited edition Seleccion Orchant, a cigar produced by Regius partnered with Mitchell Orchant of British retailer C.Gars Ltd and distributed in the United States by Quesada Cigars. While I won’t try to rewrite the history or throw a huge quote in, Patrick Lagreid’s review of the Regius Seleccion Orchant 2013 has a very detailed history.

For those unfamiliar, Regius is a brand that started in the United Kingdom before coming to the U.S. in 2011. By mid-2012, it was announced that Quesada would be handling distribution of the brand in the U.S., which is made by Quesada in the Dominican Republic and the Plasencia family in Nicaragua. The Regius Seleccon Orchant is named for Mitchell Orchant, who operates Alfie Turmeaus Tobacconist as part of C.Gars Ltd.

This year’s version again comes in a robusto, but they also added a torpedo to the lineup.

As they were in 2013 when the distribution deal was struck with Quesada Cigars, they were again shown off at the Quesada booth at the 2014 IPCPR Convention & Trade Show. I’ve always been a fan of the Regius band, though the gold used on the secondary band doesn’t quite match the main band. The medium brown wrapper is a consistent color with only a few noticeable veins. There is some give to the cigar without being too firm or soft. The wrapper has a very fresh aroma of hay with a touch of grass while the cold draw produces more fresh and very strong alfalfa note along with more generic grassiness. Honestly the alfalfa is so strong that it’s almost overpowering, so if there were any more notes in there I can’t detect them.

Starting into the first third the alfalfa crosses over into the lit profile, though it’s only a background note. Pepper, cocoa and a nice creaminess round out the profile nicely while the retrohale produces strong grassy notes with a sturdy hit of pepper. The burn isn’t perfect, but it’s not off enough to require a touch up. The ash holds easily to over an inch and the draw is ideal producing plenty of aromatic smoke. After about an inch the alfalfa note has faded a bit, leaving the creamy pepper and cocoa notes. Moving into the second third the pepper has ramped up while the creaminess has subsided a little. A slight nuttiness has also entered the background, joining the cocoa. The burn has evened up significantly, though it’s still not perfect. Pepper continues to grow, while the nuttiness continues strong, though the cocoa has started to fade. 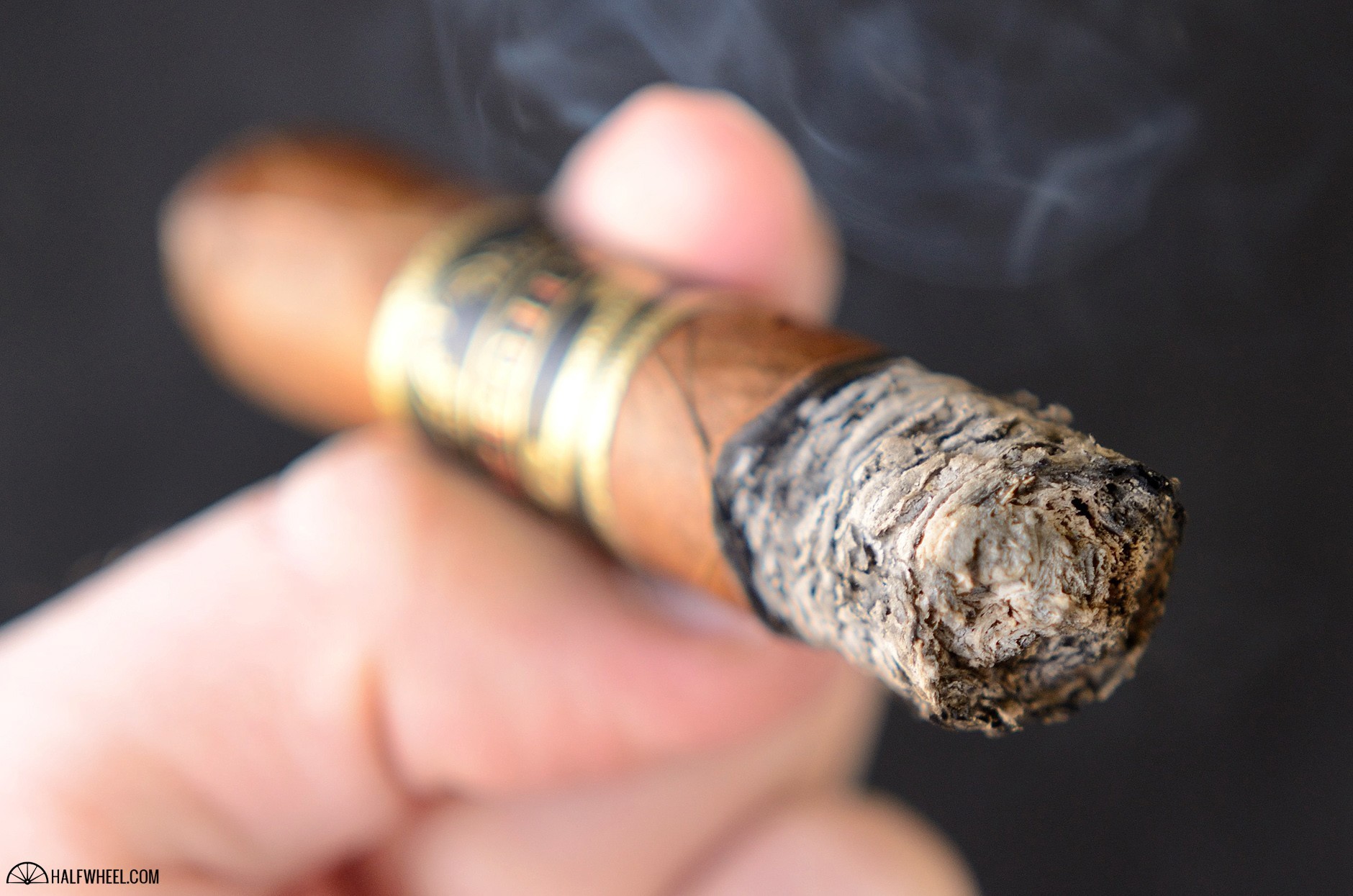 The final third of the Regius Orchant continues strong with rich notes of nuts, cocoa, spice and pepper. The ash is a little flakey but still holds on firm. What surprises me is the strength of the cigar. It hasn’t been noticeable throughout the cigar, but towards the end I can definitely feel the strength and I would put it at a medium-full. The burn has gone a little weird again, continuing the trend that I’ve seen most of the cigar. With only enough cigar left to hold on without getting burned, the Seleccion Orchant ends smoothly without getting too hot or harsh. Update: The original version of this story indicated the cigars began shipping in August, a spokesperson for Quesada Cigars told halfwheel they in fact shipped in July.

I wasn’t much of a fan of the Seleccion Orchant 2013, though the rest of the Regius Black Labels have been alright smokes. With those previous experiences I wasn’t sure how I was going to like the 2014 robusto. The good news is I was pleasantly surprised by it. The burn wasn’t the best, but not requiring any but the occasional touch up it wasn’t much of an issue. The profile was really what shined the best, giving me a nice progression of good flavors from beginning to end. I’m definitely a fan of this year’s offering and can easily suggest you hunt these down before they are gone.