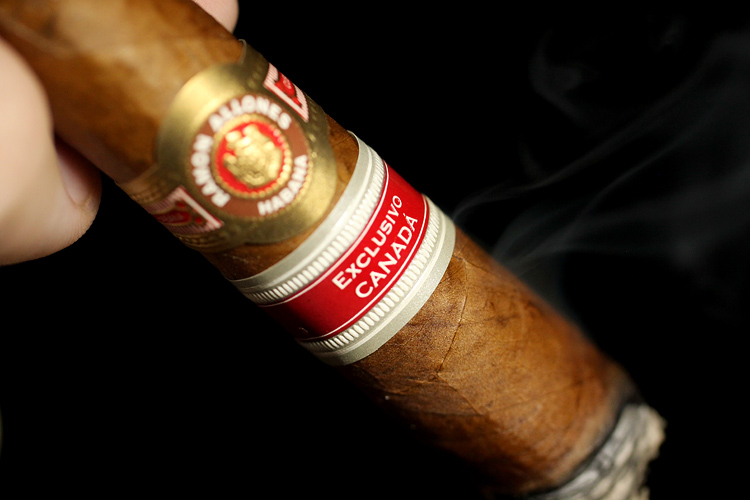 The Ramón Allones marca traces its history to between 1837 and 1845, though Wikipedia lists its beginning as 1845, at the hands of brothers Ramón and Antonio Allones. According to the site, it is said to be the first brand to use colorful lithographs as part of its box art, was the first brand to utilize bands on its cigars, and the first to package cigars in the ‘8–9–8’ style, though there are claims by other marcas as to all of those firsts.

Despite its longevity is classified as a Local brand with minor market share. Its regular production offerings are limited to just three vitolas:

It also shares a close connection with Habanos S.A.’s Edición Regional program, the story behind which has been covered on halfwheel several times, but as a refresher:

The Edición Regional program started in 2005 and utilizes the 17 local and multi-local brands for their releases exempting the ten worldwide premium global and niche brands. The cigars are limited production releases with a minimum run of 25,000 cigars and are made exclusively for a regional market, which can range from a specific country to a geographic region. The distributor for the market initiates the release and must also underwrite the costs of the release.

They are generally available for one to two years, after which time the cigar can be added to the line’s current production range. A distributor can also re-release an Edición Regional in a subsequent year, often with a note included in the box indicating that fact. The vitolas used for Edición Regional releases must be selected from current production vitolas, but ones that are not already used by that line. In addition, new vitolas from other premium brands are not eligible to be used as part of an Edición Regional release.

In addition, recent changes, as noted by Trevor Leask of CubanCigarWebsite.com, have included a lifespan of 12 months with release dates generally in August, September and October. In addition, while some regions have received multiple releases in a calendar year, in 2012 the Edición Regional program was changed to limit Edición Regional releases to one per distributor per year.

Since the Edición Regional program launched in 2005, the Ramón Allones marca has been featured a total of 22 times, which is tied with Bólivar for the most times a single marca has been featured as an Edición Regional. Punch ranks third with 18 instances, while Por Larrañaga is fourth with 12 appearances and Juan Lopez rounds out the top five with 11 releases. No other marca has cracked the double digit mark yet.

Those 22 Ramón Allones regional editions mentioned above have been sent to almost every corner of the globe, with editions for Italy, Switzerland, France (2), BeNeLux (Belgium, Netherlands & Luxembourg), Lebanon (5), the Asian Pacific, the Andes (Bolivia, Peru and Ecaudor), Germany, Portugal, Greece & Cyprus, Israel, Great Britain, and of course, the three made for Canada.

For 2010, it was announced that Havana House, the Canadian distributor of Cuban cigars, would be getting a slightly longer Robusto in the  form of the Ramón Allones Gordito de Allones.

At the time of its release, the Ramón Allones Gordito de Allones was the second time the marca had been released as a regional in Canada, with another release in 2011 bringing the total to three appearances:

It was also the fifth regional release for Canada, a list that has since grown to eight:

The boxes of the Ramón Allones Gordito de Allones look like this:

The cigar itself is a veiny, medium dark brown and short of one spot on its backside is even in shade and texture. There is the faintest bit of sheen on the cigar, while the wrapper leaf has a very fine grit texture to it. It has a bit of give but feels well-filled and the cap seems exceptionally flat, albeit it at a bit of an angle. Putting my nose to the foot of the cigar immediately evokes that familiar Cuban smell of pungent barnyard, a touch of sweetness and some chocolate tucked in the background, while some dry wood is found in minimal amounts. The cold draw is firm with notes of hay, some barnyard and a touch of twang.

Right out of the gate, the taste buds are met with a twangy note while the nose gets a nice bit of pepper and aromatic spice. The first third of the Ramón Allones Gordito de Allones seems strangely blurred though, as if there are some very good notes in the mix but they aren’t able to stand out and instead all come out as a big, muddled stew. There’s no harshness and save for a note that reminds me a bit of cold chicken broth, nothing makes the cigar at all unenjoyable, just a bit frustrating. The ash is a dark gray and holds on well for an inch and a half, while the burn line is straight and the smoke production is solid.

In the second third of the Ramón Allones Gordito de Allones, there is a bit of pepper at play, as well as a a bit of orange peel that makes for a flavor I can’t recall experiencing in some time. The draw has opened up a bit by the midway point and is no longer something that is an issue. Again, there is just something making the flavors appear out of focus. The slight wood note found on the cold draw seems to be stepping to the forefront, or at least is becoming the more dominant note in a flavor set that still seems to have a hard time sorting itself out. There are also some pleasant notes being picked up in the nose – candied ginger comes to mind, as it’s not a heavy spice and is something I can’t recall in many other cigars. Finally at the midpoint, the flavors start to give each other some space to shine and notes of leather and graham cracker emerge and push the pepper to the background.

Some combustion issues slow the transition to the final third, but when the cigar gets touched up the smoke takes on a texture reminiscent of cotton balls – much lighter and fluffier in the mouth than it had been earlier. The flavors still seem muted and muddled, with a bit of pepper adding some zing, though it too doesn’t come across as clean and bright as it could. I will give the wood and graham cracker flavors a hat tip for trying to stand out, but at times they just can’t. The ginger note remains fairly present in this section, adding a very pleasing aromatic and uniqueness to the flavor. In the final inches, the twang and pepper finally start to rise above the commotion and deliver a more distinctive if not outstanding flavor to close out the Ramón Allones Gordito de Allones.

The Edición Regional has gotten its fair share of criticism over the years, mainly for producing often sub-par, over-priced cigars that seem to prey on the misnomer that exclusivity automatically equals quality. In the case of the Ramón Allones Gordito de Allones Edición Regional Canadá, the cigar certainly isn't sub-par, though it does fall short of being a standout due to a flavor set that was too muddled to make for a memorable cigar. As for overpriced, well, yes – though blame for that lays as much at the feet of the Canadian government as it does at those of Habanos S.A. or Havana House. While this is a good cigar, it failed to produce any standout notes that left me singing its praises. At this point, it remains a bit of a novelty cigar – a perfectly enjoyable novelty, mind you – and one that I would likely pick up if I found myself in Canada, if for nothing less than, well, the novelty.