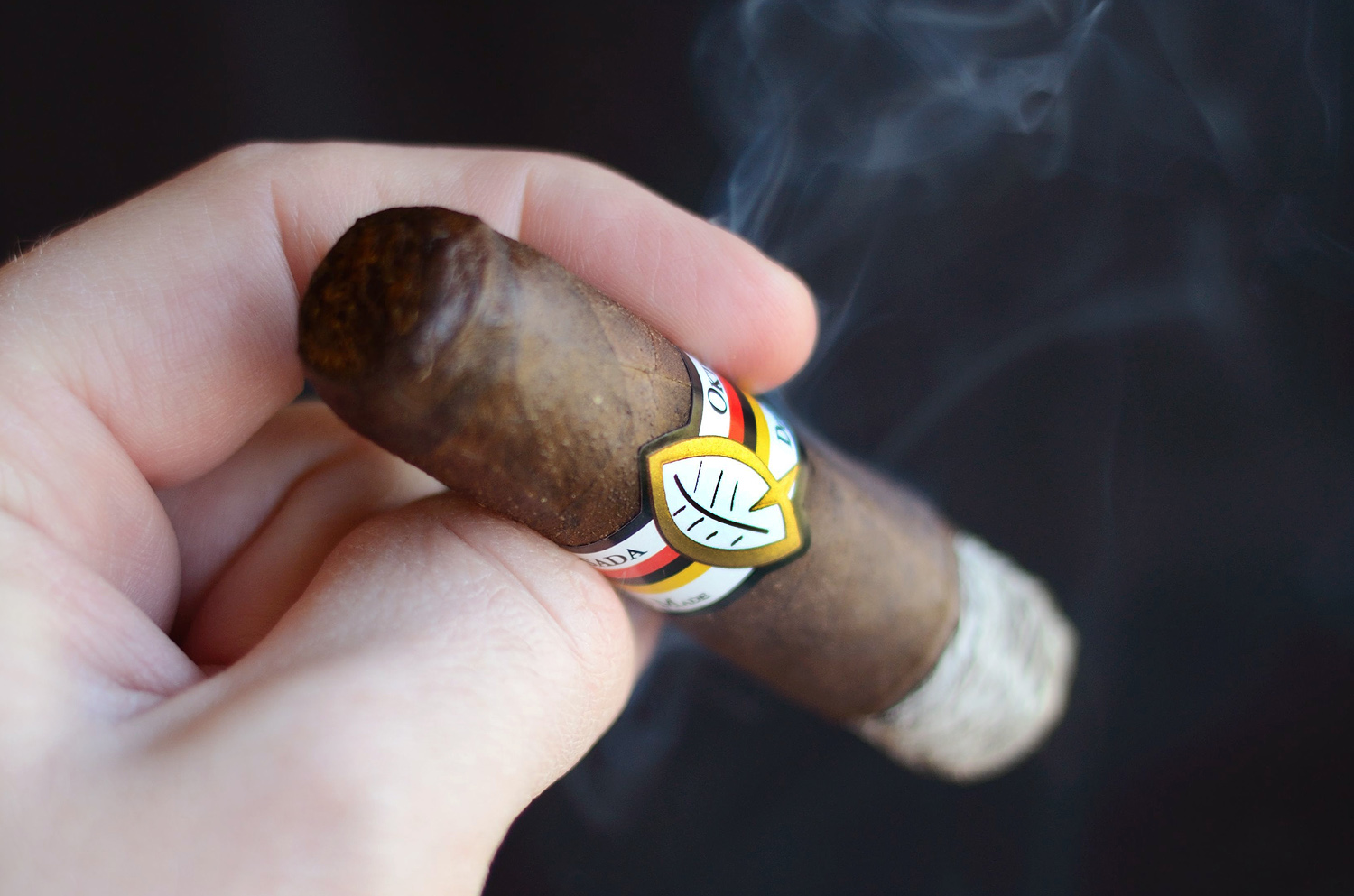 Today we’re looking at a cigar that fits into two line extensions – both the Quesada Oktoberfest lineup and the Smoke Inn Microblend Series. The Dunkel is the first, and so far only, Quesada Oktoberfest that is a single store release. The only other cigar in the Oktoberfest line that isn’t widely available at stores is the event cigar, which as the name suggests is only given out at events to people who buy boxes of Oktoberfest.

The press release from Smoke Inn gives a little more detail about the background and idea behind the Oktoberfest Dunkel:

Smoke Inn together with Manuel Quesada of Quesada Cigars are proud to present the world a very special limited version of Quesada Cigars’ highly acclaimed annual Oktoberfest, the “Dunkel.” Dunkel, the German word for dark, typically is used to describe dark German lager.

In the spirit of Oktoberfest, the Dunkel uses the same binders and fillers of the regular Oktoberfest release, with the exception of the wrapper. A very select broadleaf maduro wrapper envelops this rich cigar with a slight underlying Ecuadorian Connecticut wrapper at the foot, thus giving the appearance of a dark rich Dunkel beer with a savory foamy head.

Unlike the rest of the Oktoberfest line, the Dunkel is not a Dominican puro; rather, it feature a Connecticut Broadleaf wrapper with an Ecuadorian Connecticut shaggy foot.

Here is the Dunkel pictured alongside the rest of the Oktoberfest line: This is also the eighth release in Smoke Inn’s Microblend Series. It’s easy to say that the Dunkel is a very visually-pleasing cigar. With the great looking Oktoberfest band along with the different wrapper at the foot, it’s a cigar that grabs your attention. The Broadleaf wrapper has a rough and oily feel to it and is applied seamlessly. Inhaling deeply I get bright, fresh hay notes with some light barnyard aromas off the wrapper. Even though the cigar feels fairly firm, after clipping the cap the draw is nice and I get some notes of sweet milk chocolate and cedar.

The first third starts off with more bright notes, mostly grassy and cinnamon. As soon as I’m past the half an inch of Connecticut wrapper, the profile changes to a sweeter, smoother one. Dried fruits and cinnamon dominate the profile. Just a little further past that, where I’m guessing the underlying Connecticut wrapper stops, the cinnamon disappears and is replaced with a meaty note. Interestingly enough, it’s almost so distinct I would say it reminds me of a grilled steak with a balsamic glaze. The ash is beautifully dense, holding easily to an inch, with the first half an inch a dull gray and past that a bright, speckled, light gray color. Draw is firm, though still quite ideal. Smoke production is medium on the draw, but fades quickly afterwards with only a slight trickle coming off the foot while it rests. Towards the end of the first third the meaty note picks up and starts to dominate the profile and has an added touch of saltiness. Moving into the second third the meaty, salty notes still dominate, however the Dunkel still has a sweetness to it. It gives the cigar an interesting contrast in the profile, much like you would get from the chocolate bars with sea salt. While I’m describing the cigar’s flavor as meaty, the interesting thing is there is a distinct lack of pepper, making the retrohale smooth and allowing me to pick up a slight cedar note that I hadn’t picked up since the cold draw. The burn has been razor sharp and even so far—quite impeccable construction. All of a sudden, seemingly out of nowhere, a giant black pepper note has shown up, complimenting the meaty note while seeing the departure of the saltiness that had previously been so dominate. The final third sees the cigar’s profile fade a little, with the meaty, pepper, and dried fruit notes all slightly muted. An odd, yet thankfully brief, note of chlorine muddied up the profile but disappeared after a couple of draws. The burn continues to be nearly perfect and I’ve made it through the entire cigar without a single touch up. The Dunkel ends very smooth with the flavor profile solid without any harshness. The Oktoberfest is a good line and the Dunkel is no exception. While it isn't an overly complex cigar, the flavors fit together well for an overall enjoyable smoking experience. The construction of both samples I smoked was absolutely on spot, with my lighter only being used to light the cigar. I can easily suggest jumping on a box of these if they sound like your profile, especially since they’re still in stock and you won’t have to go hunting for them on the secondary market.