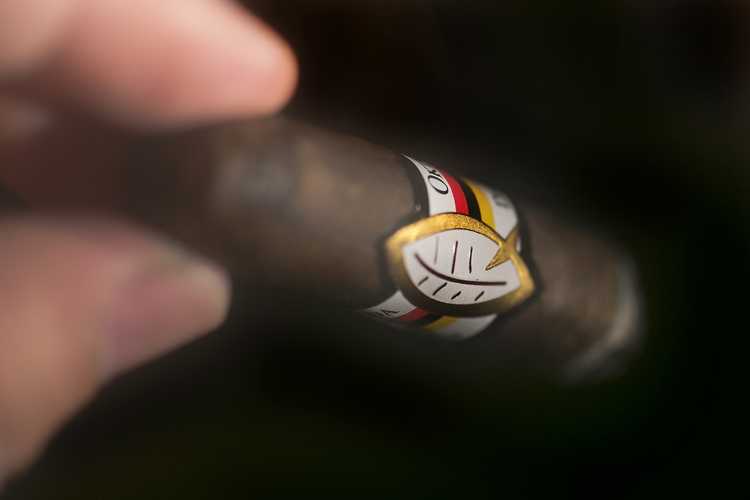 In 2011, SAG Imports—the distributor for Quesada, Fonseca and Casa Magna—brought a new line of Dominican puros to the IPCPR trade show. While many of their counterparts—notably Fuente, La Aurora, Davidoff and LFD—have made releases of Dominican puros a conversation about the difficulty in growing wrapper in the Dominican Republic, Quesada focused on something completely different—beer.

As you might expect, Quesada would prefer that you pair your Quesada Oktoberfest with an Oktoberfest beer. As you might also expect, everything from the bands to the vitola names is Oktoberfest—or at the very least German—themed.

For the second consecutive year, Quesada announced an expansion of the Oktoberfest line, officially adding the 5 x 43 Krone to the mix, but it also announced that there would only be six standard vitolas of the line, making the Krone the last of the nationally-released sizes.

However, since then Quesada has added two vitolas to the line-up. The Dunkel, an exclusive release to Smoke Inn, and an unnamed event cigar—rolled in the identical shape as the Fonseca Triangular—that is given out to customers who purchase a box at an event.

For 2013, the production line-up of Quesada Oktoberfest are as follows: The boxes of the Oktoberfest Krone look like the rest of the line: 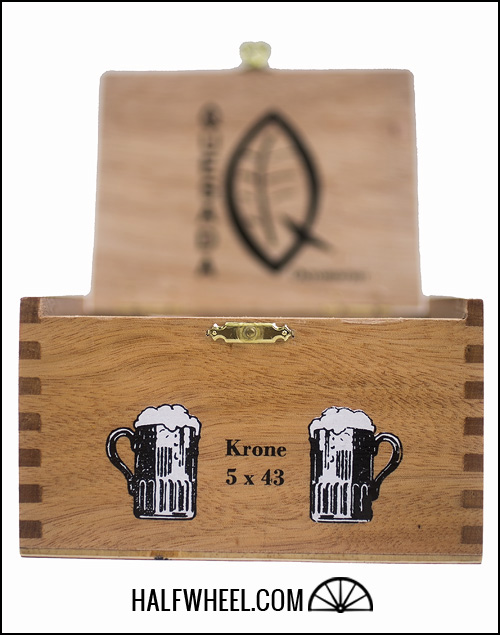 The darker Dominican wrapper has become pretty familiar after a few years, but the Krone has a bit less oils than I recall on some of the other vitolas. That being said, the pictures above prove the variance in wrapper colors. There’s not an impressive aroma: leather, generic woods and a touch of sweetness. I imagine the lack of cellophane on the cigars is likely a culprit. The cold draw is somewhat open for a Corona, but it’s still quite good with notes of perfume, sweet cedar and roasted nuts.

The Krone begins with some toasted cereal notes, a spice on the middle and back of the tongue and a pepper that emerges from the back. It’s got some typical Dominican taste with some added toastiness. Midway through and I get some fruitiness and vanilla on the tongue, an odd roasted pork note through the nose and some sour oranges and saltiness on the finish. After a few months in the box, the Krone has easily become the most complex of any of the Oktoberfest I’ve had so far. While the burn is decent—it looks better in the picture—it’s not really up to par with the rest of the line. As the second third gets going the profile turns earthier with increased spice. The cereal notes disappears replaced by some bitter dark dark cocoa, although much of the rest of the profile remains around: toastiness, sourness and saltiness. It should be made clear, the profile was much more elementary than when the cigars were fresh. Strength is medium, flavor is medium-full and body is medium-full. The draw is still a bit looser than it should be, but it’s tightened a bit. There are some things that disappear in the final third, unfortunately, the complexity is arguably one of them. The bitter cocoa, toastiness and spice dominate the profile—and that’s kind of it. At times there is red pepper through the nose, but it’s overwhelmed by the core. With an inch left, I call it a day and put down the Krone. There’s no disappointment, but there’s not a whole lot left in the cigar. In the beer world, there's a term to describe this cigar—session beer. It's a beer that is easy to drink, has manageable enough alcohol content to drink for long periods of time and is still rather enjoyable, without require much attention. This is supposed to be a session cigar, it's not made to be overly complex, it's not made to have a whole lot of changes and yet, with two months of age on the Krone, I really wish we weren't giving away the remainder of the box because it's turned into something that wasn't actually intended. It's become more than a session cigar, more than a seasonal enjoyment. The first third of this Oktoberfest was miles ahead of anything I've been able to get out of the cigars to date, and while the rest of the cigar doesn't improve, I kept enjoying it. Oktoberfest might be over, but for me Oktoberfest smoking season might just be beginning. This is hardly my favorite line that Quesada makes, but the Krone at this stage is hardly just a regular Oktoberfest.