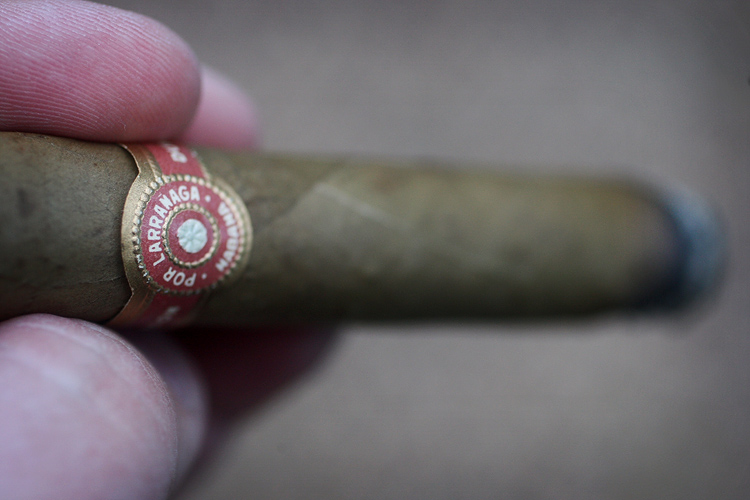 It has been said that Dunhill produced some of the best cigars in the world, and it has been theorized that the reason the cigars were so good was that they were using superior tobacco in all of their blends. However, what some people may not be aware of is that for a time, Dunhill blended their tobacco with other cigar manufactures in Cuba, and released these creations in joint ventures called “Selección Suprema”—most notably with El Rey del Mundo, H. Upmann, Hoyo de Monterrey, Montecristo, Partagás, Por Larrañaga, Ramón Allones and Romeo y Julieta.

Regarding the history of Dunhill, Wikipedia reads:

In 1907, Alfred Dunhill opened his first tobacco shop on Duke Street, London. Before the Cuban Revolution, Dunhill had numerous distribution and marketing agreements with several Cuban cigar manufacturer, selling exclusive and hard to find brands such as Don Cándido and Dunhill’s own Selección Suprema line, with various sizes from many famous cigar makers such as Montecristo and Romeo y Julieta.

After the Revolution, Dunhill’s unique relationship with Cuban cigars would continue with the communist government’s tobacco monopoly, Cubatabaco. Dunhill was given the exclusive rights to three different brands: Don Cándido, its own Don Alfredo, and La Flor del Punto, plus the numerous Selección Suprema sizes produced by the marques that had survived nationalization.

In 1967 the tobacco branch of Alfred Dunhill Ltd was sold off and became its own separate entity. In 1981 tobacco blending (of the Dunhill pipe tobaccos, at least) was transferred to Murrays, of Belfast. In 2005 it was transferred to Orlik of Denmark, renewing debate about blending/flavor changes in Dunhill’s pipe tobaccos.According to Cubatabaco records, all of the Dunhill Selección Suprema cigars and the three Dunhill exclusive brands (Don Cándido, Don Alfredo, Flor del Punto) were discontinued in the year 1982, which was the year the contract for the production of the Dunhill brand was started. However, Dunhill cigars were not actually available for sale until mid- to late 1984. There is absolutely nothing that I could find online about these specific cigars, other than some that were sold at auction.

The Por Larrañaga itself is quite striking, with a light green, almost Candela-colored wrapper that is papery and rough to the touch. It is obviously well aged and the wrapper has almost no smell to it at all. Overall, the cigar is quite dry when squeezed, but has some give to it, enough to not be overly hard.There are quite a few bumps underneath the wrapper up and down the length of the cigar as well.

Starting off the first third of the Por Larrañaga, the dominant flavor is a slightly bitter grassiness that really expands on the palate. There is a creaminess underneath that as well, that raises and falls in strength throughout the first third. Smoke production is wonderful, which surprises me, and the draw and burn are spot on. Strength is negligible at this point in the cigar.

Into the second third of the Dunhill and the bitterness fades quite a bit—although it is still noticeable at different points. The dominant flavor is a nice creamy woodiness that is interspersed with some hay and grassy notes. There is really not many other flavors to speak of—but the flavors that were there were nice. Interestingly, there is no spice or pepper at all, even on the retrohale. Strength is still extremely mild and construction remains wonderful with an abundant strength note.

Compared to the first and second thirds, the final third literally explodes with flavor. An aged paper note combines with the grassy flavor, along with a very small amount of white pepper, cedar and chocolate. I also taste just a hint of a sweet floral note, but it is so faint that it has almost not effect on the overall profile. Strength is still quite mild, but the burn and draw of the Selection Suprema No. 31 are still amazing.

his was obviously an aged cigar, and smoked like it. The Dunhill's profile was dry and bitter in the first third, but got somewhat better after that point. Sadly, the flavors just never really went anywhere. There were some changes once it got going in the final third, but by then it was too late to save the smoke. It was obviously past its prime. Having said that, while the flavors were nothing to write home about, they were not as bad as some aged Cubans I have smoked—like most of the Davidoffs I have reviewed, and it was a wonderful experience just to smoke something so rare.