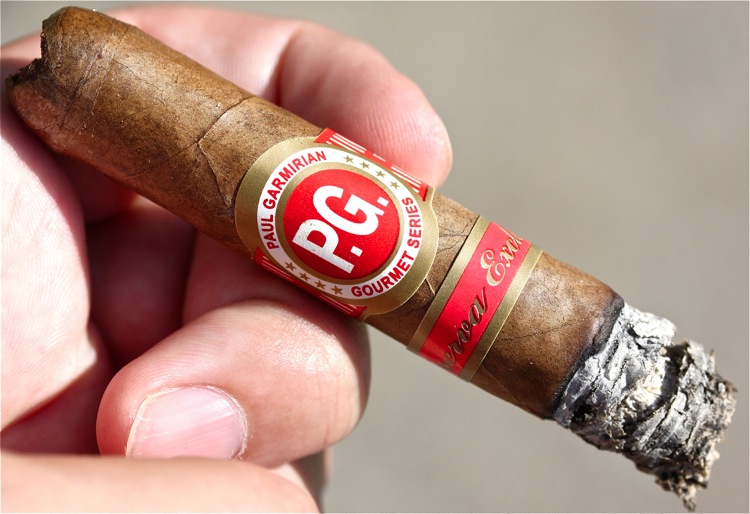 Perhaps the least talked about cigar out of the TABADOM stables? Yet, it seems that was some of the intention, or at least from what I can tell. Unlike AVO, another cigar made for a cigar connoisseur by TABADOM, Paul Garmirian functions independent of Davidoff, the main staple of the Henke Kelner-led operations in the Dominican Republic. Still, for a brand to be around for two decades largely under the radar, someone must be doing something right.

Where do you start when it comes to Paul Garmirian. The place to start is probably his book, The Gourmet Guide to Cigars, which was published in 1990. Later that year, he introduced his first line of cigars at Georgetown Tobacco, a tobacconist he had long been associated with, and in 1991, the TABADOM-made cigars were released nationally in six sizes. The Reserva Exclusiva line was introduced in 2001, made like the every other Paul Garmirian cigar by Henke Kelner and Eladio Diaz. The big selling point is ten-year old tobacco, something Garmirian has grown a reputation for. All PG Cigars are aged for a minimum of a year after rolling and most feature fairly aged tobaccos. What’s a bit surprising is that the price of the Reserva Exclusiva line is identical in price to Garmirian’s core line, the Gourmet Series.

This is one of two Lanceros offered by Paul Garmirian, the other being the Paul Garmirian Gourmet No. 1, a true El Laguito No. 1, as opposed to this Gran Pantela, which is slightly thicker at 7 1/2 x 40. There aren’t many Connecticut Lanceros on the market, so this is one of the lighter shades you’ll see. The pictures make the Ecuadorian wrapper make a bit lighter than the medium earth color, it actually is. TABADOM is the undisputed king of quality, with its Davidoff operations universally regarded as the best; but I’m not going to lie, the roll could be a bit cleaner. (TABADOM is the parent of Henke Kelner’s operations, while most know of the Davidoff Factory in Villa Gonzalez, DR; Paul Garmirians are rolled a few miles away at Occidental Cigar Factory in Santiago.) 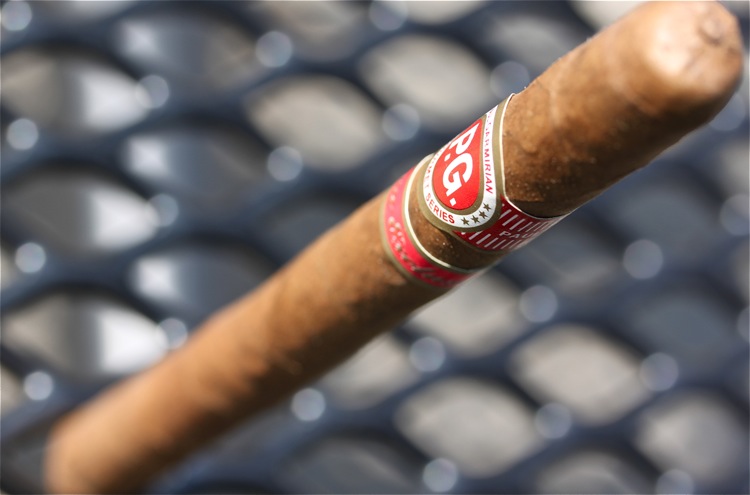 Aroma from the wrapper is a bit acidic with leather and hints of grass rounding out the medium-full profile. It’s a great and consistent roll that is ever-so-soft to the touch. Aroma from the foot has a dark sweetness that is present throughout the cocoa, butterscotch and woody notes that are present throughout accompanied by a red wine note. Herbs seemed to usually be the core, although lots of thickness masks the vanilla, coffee, aged tobaccos and grassiness that completed the remainder of the fuller notes. Cold draws are a bit tight, but produce a great dry espresso, sweet caramel and earth mix that has some woods and perfume underneath on the medium-full to full side. Toasting of the Reserva Exclusiva creates a mix of toasty herbs and nuts, a great foreshadowing of what’s to come. It start’s with a deep coffee and earth that transitions to an incredible nuttiness. Cedar makes it’s way into the finish briefly before an unbelievable nutty note develops for a seemingly endless period of time. The start of the Paul Garmirian is full, heavy and lengthy; and pure awesome. 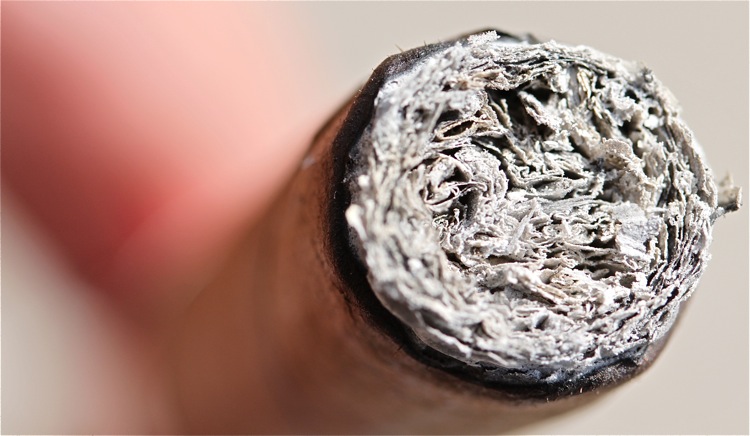 Somehow the incredibleness continues. The delicacy and richness to the nutty flavor is the center of the first third, but earth, caramel and spices really make the full flavor remarkable. Finish continues the flavors as the Paul Garmirian Reserva Exclusiva features the deepening nut with building spices and pepper to create a full and lengthy flavor. Draw is still a bit tight, but it seems to be opening a bit as the cigar progresses. Smoke production is good with a great nutty aroma accompanying the flavor. 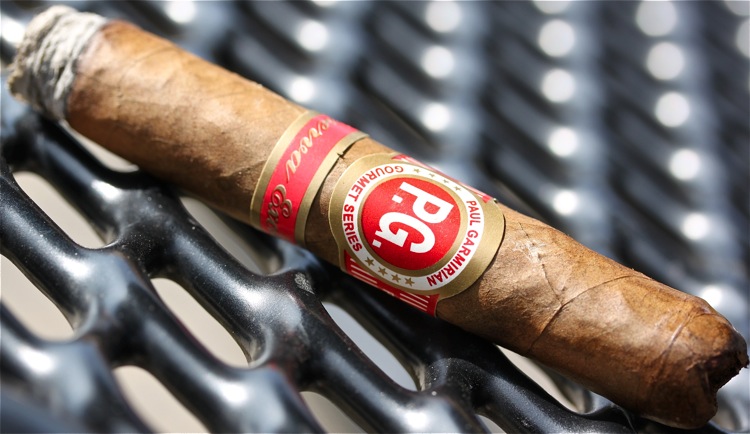 The nutty note tones down slightly allowing a decent earth note to come through as sweet cedar rounds out the full flavor that continues in the middle portion of the Paul Garmirian. Finish is herbs with nuts, cedar and earth adding detail as the lengthy finish works itself down the palate. As with most good cigars, construction seems to be progressing consistently. Draw is still a bit tighter than I would prefer, but it’s opened enough to allow a consistent smoke production to remain. I went five minutes in between puffs on one of the Gran Panatelas and shockingly the cigar didn’t skip a beat. In other areas, the medium colored ash continues to fall off in nice inch-long chunks as the Paul Garmirian Reserva Exclusiva continues to burn as straight as possible. The nuttiness that was the first five minutes always makes a showing in the last third and it’s a welcomed return. This time it is joined by oak, coffee and a bit of spice, but the depth of the nutty flavor is still at a remarkable level. Oaks and nuts continue minutes into the finish as some brown sugar and harsh peppers contrast themselves towards the beginning of each retrohale. Construction is in virtually the same place as the middle portion, perhaps a bit lightening in the smoke production, but nothing to complain about. With a little over two hours, my fingers start burning and I regretfully let what’s left of the Gran Panatela rest in the bowl of the ashtray. 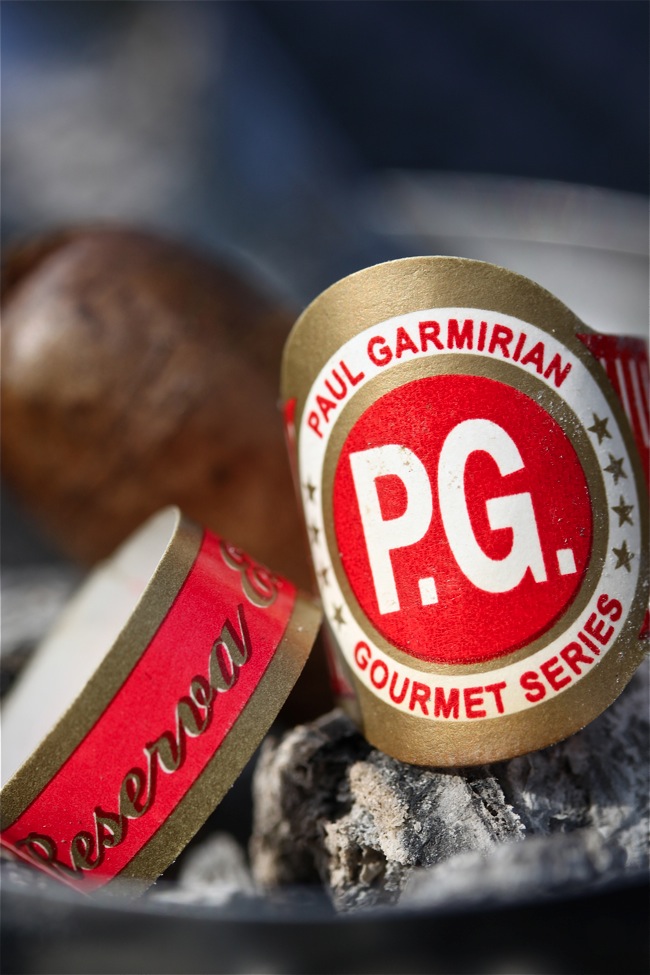 When I started the conquest of Lancero50, this is what I hoped to share. Absolutely incredible cigars that most would pass over as they walked through a humidor. While this is a great cigar, this is about as close to the Davidoff No. 2 as I think any cigar has gotten. It's pretty rare to say that an $11 cigar is a great value, but this is an unbelievable value. Quite simply, the Paul Garmirian Reserva Exclusiva Gran Panatela is easily one of the top three or four Lanceros on the non-Cuban market today.