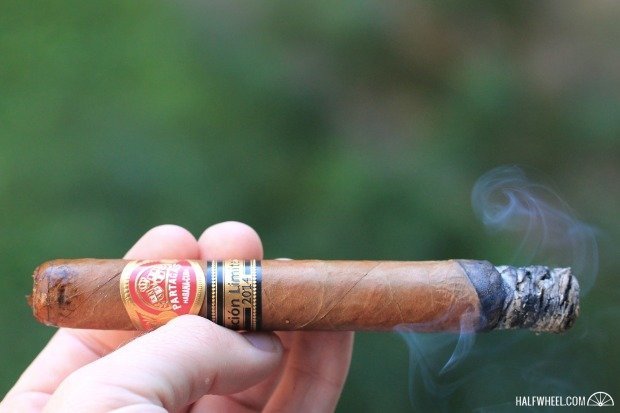 As it has done since 2000, Habanos S.A. recently began releasing its annual Edición Limitada cigars, a series that started out as focusing on the use of the upper leaves of the plant before switching to using tobacco aged at least two years beginning in 2007. The series also went to a format of three releases per year in 2005 after releasing either four or five cigars in years prior, though none were released in 2002.

The Partagás marca is part of the group known as global brands, a set that includes Cohiba, H. Upmann, Hoyo de Monterrey, Montecristo and Romeo y Julieta as well as the José L. Piedra marca; they are the biggest names in the Habanos portfolio and are found the world over. Partagás is one of the most historic of the bunch, tracing its roots back to around 1827, while the factory that bears the name was built in 1845 and is the year in which the marca’s aniversario releases are based. 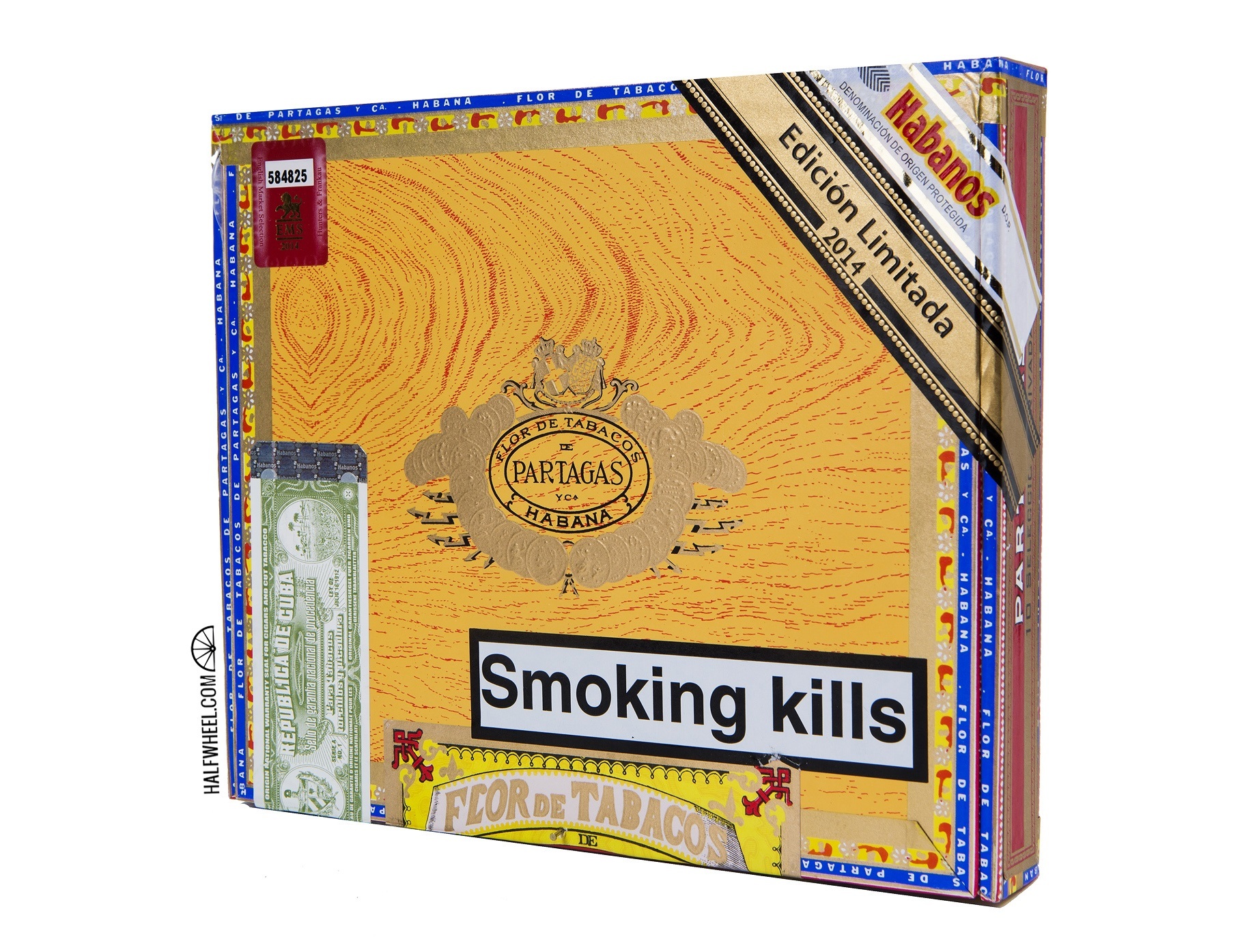 For the 2014 Edición Limitada, the marca crafted a double robusto measuring 6 3/10 (160mm) x 50, a sizable cigar but one that has become almost middle of the road in terms of size. It’s the second time that the Selección Privada name has been used by the brand, as there was a 6 7/10 x 43 lonsdale that was in production from before 1960 until 2002. This limited edition has the biggest ring gauge of the brand’s current regular production cigars that aren’t part of the Serie D, Serie E or Serie P lines, though it trails a number of its brandmates in length.

Like the rest of the line, the tobacco all comes from the Vuelta Abajo region of Pinar del Río, Cuba’s westernmost province. 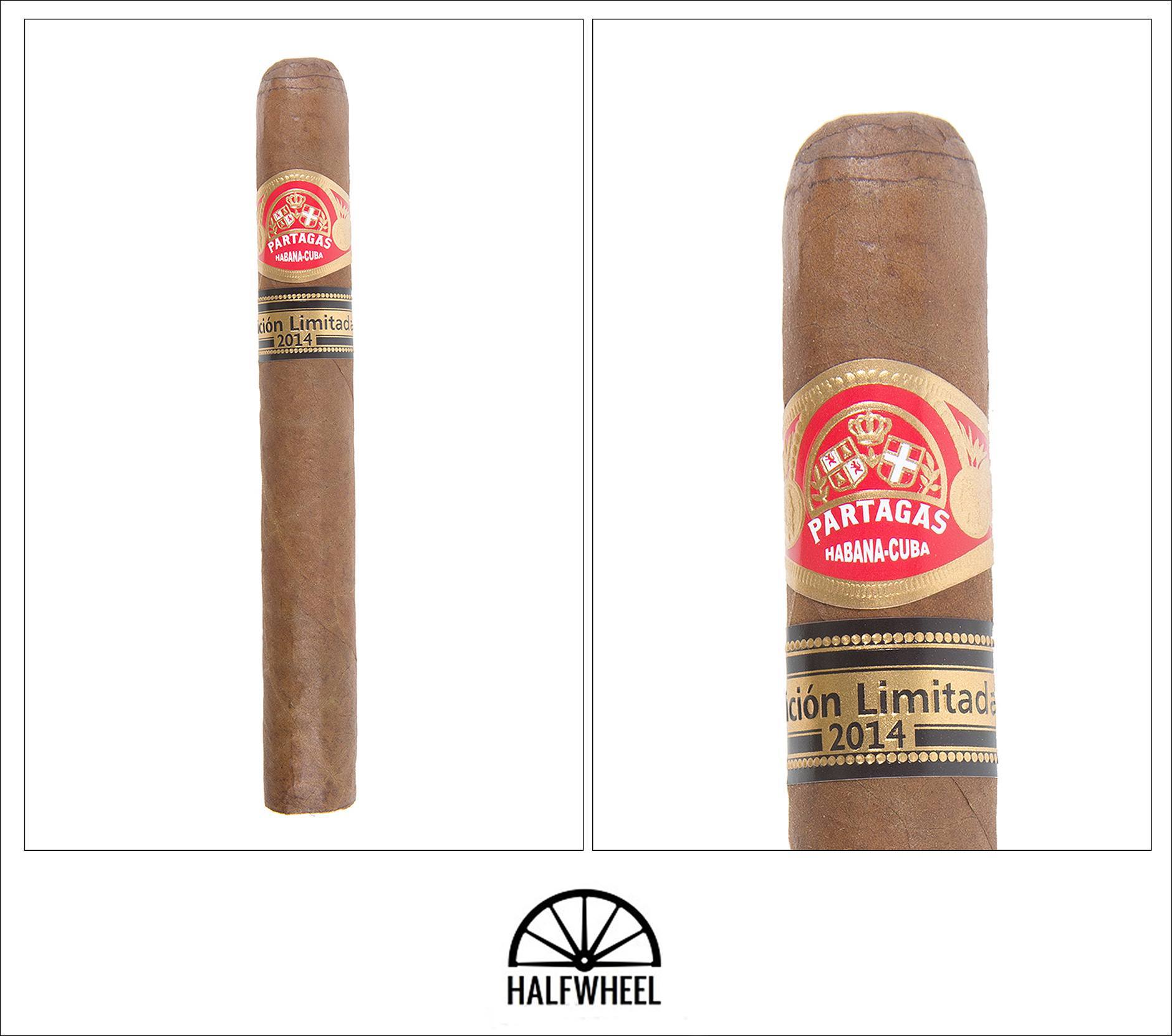 When it comes to the Partagás portfolio, I tend to stick to just a few cigars, mainly the Shorts, Luisitanias and the Serie D, E and P lines. This Partagás’ wrapper is a bit lighter than most of what I smoke but seems in line with the core line offerings, with a small number of veins and the occasional imperfection, but given the age and program for which these leaves were intended, I’m not surprised to see them looking a bit better than the average off-the-shelf Habano. It feels well rolled with a bit of give, though the head is particularly soft and gives easily when in the mouth. The pre-light aroma is dry and just slightly sweet, with a white grape jelly note the standout, while the cold draw is firm, showing a bit of resistance with little in the way of flavor and certainly no pepper.

While I generally associate Partagás with being one of the fuller marcas in the Habanos portfolio, the start of the Selección Privada would suggest something completely different. It’s a fairly mild and creamy smoke with incredibly subtle notes of wood and pepper opening up bit by bit with each puff in both the nose and on the tongue, though one of the three samples is much more pepper-forward out of the gate. The ash is the standard dark gray that is found on Cubans, showing its first break line just shy on an inch. Once that first clump falls, the draw opens up substantially and the pepper finds room to step to the forefront, at times becoming the sole flavor and aroma of the cigar. 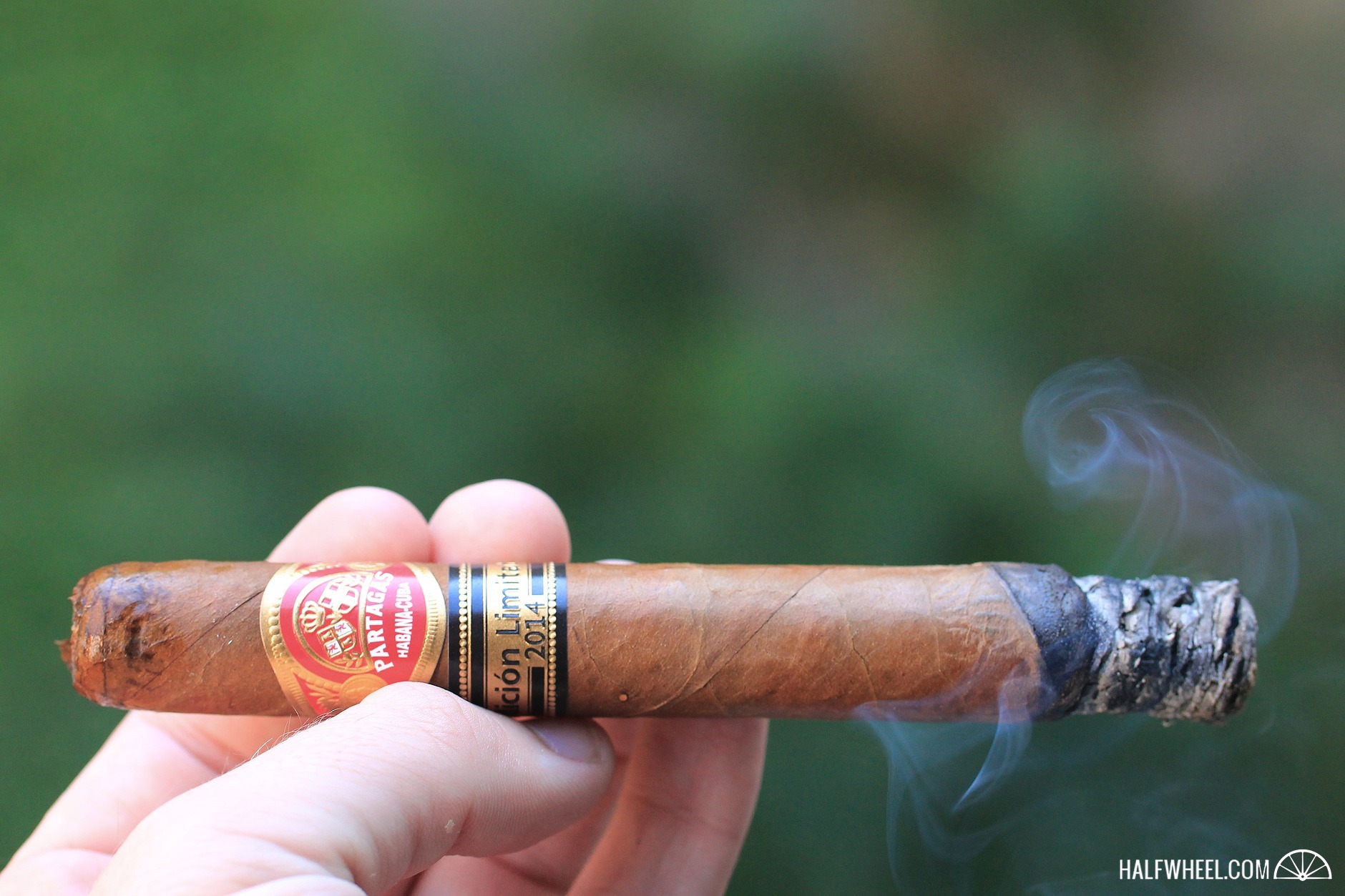 I continue to be surprised by how mild and fairly monotone the Partagás EL2014 is overall; it’s very enjoyable and certainly palatable, but what it offers in smoothness it seems to lack in big flavors. There is a constant note of wood and pepper that is picked up more in the nose than on the palate throughout the first half, with a nice lingering tingle from the smoke as it wafts off the cigar while it’s at rest. Touches of powdered hot chocolate come in around the midpoint, lacking the sweetness of more premium versions of the drink. Combustion issues begin to arise towards the end of the second third, with residual humidity making it difficult for the cigar to stay lit. 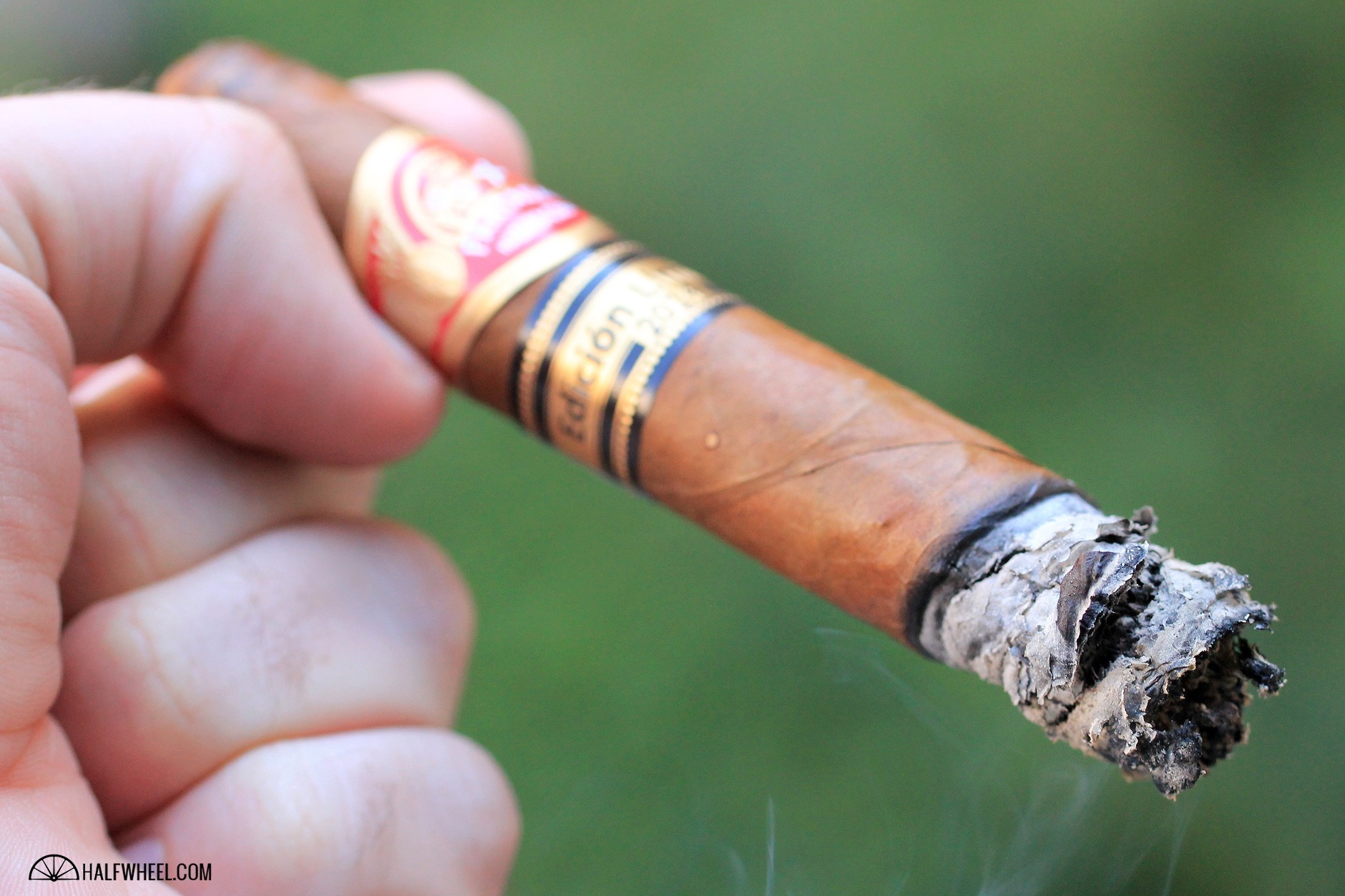 Pepper returns in a big way early in the final third, jumping into the nostrils and showing its dominance above the other flavors. Retrohales here are sharp and brash, manageable in small quantities but certainly less than totally enjoyable. Burn issues continue to hamper the cigar, and even with more than 12 hours of dry-boxing, the cigar continues struggling to stay lit throughout the final third, resulting in much more frustration than enjoyment. While I wouldn’t say the burn line and technical performance were stellar, they have been acceptable before falling off in the final third as the cigar needs a couple of relights and the burn line starts to waver a bit, assuming it stays lit at all. The final notes are challenged by more burn issues but show the fullest side of the profile, medium-plus at least and inching towards an outright full cigar at times, though I would venture to say the cigar turns harsh at points as the pepper picks up notes of rocks and rough earth. 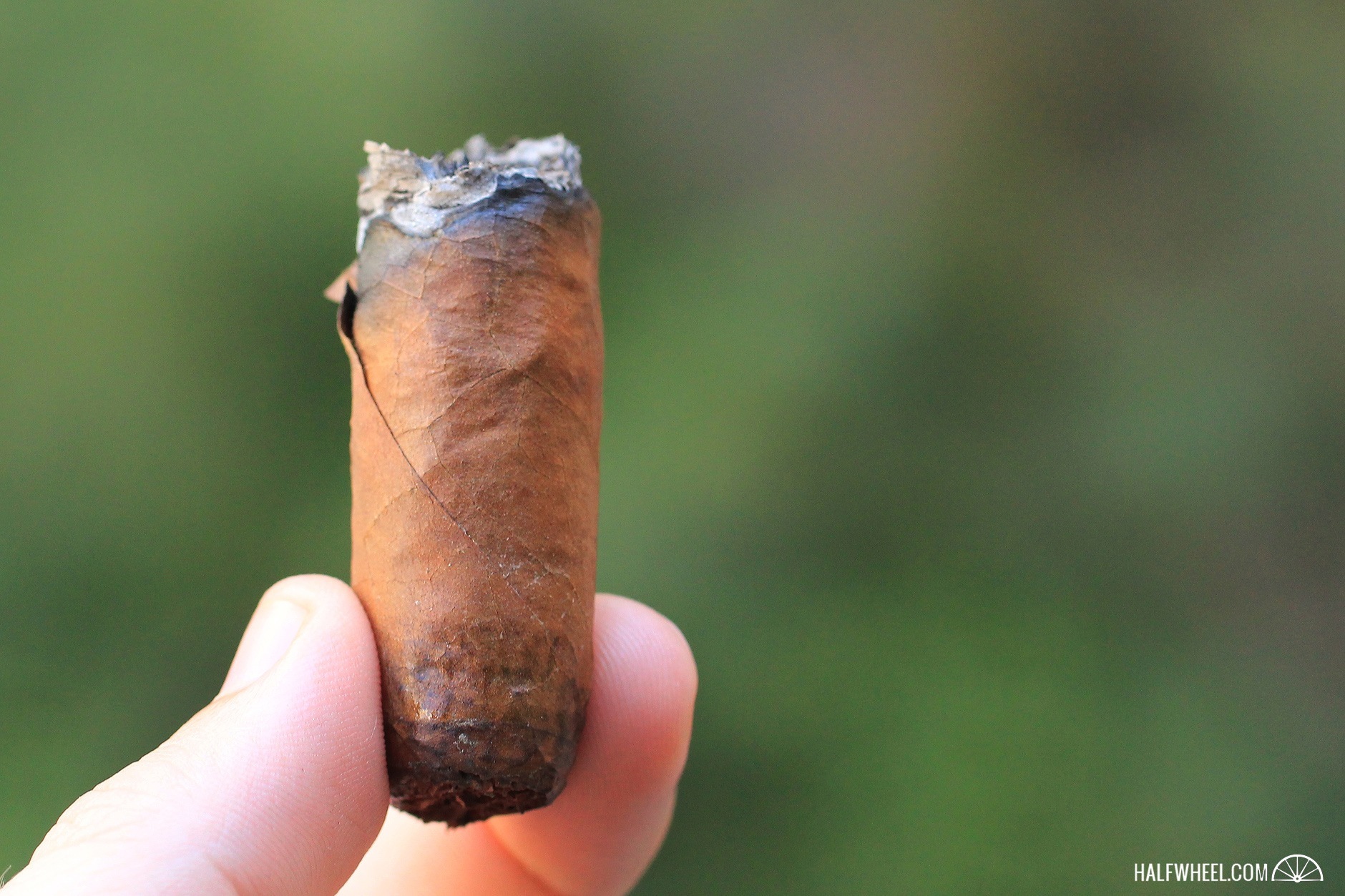 I rarely like saying that while a cigar is "okay now, but will be much better down the road"—yet that was the one hope that I kept having while I smoked the Partagás Selección Privada Edición Limitada 2014. While the cigar is fairly enjoyable now, it comes across as lacking the cohesion and complexity that the Edición Limitadas generally show, as well as the flavor symphony that any above average cigar needs to have. It might be there in the future—and I sure hope it is—but for now this is release falls short of the mark.