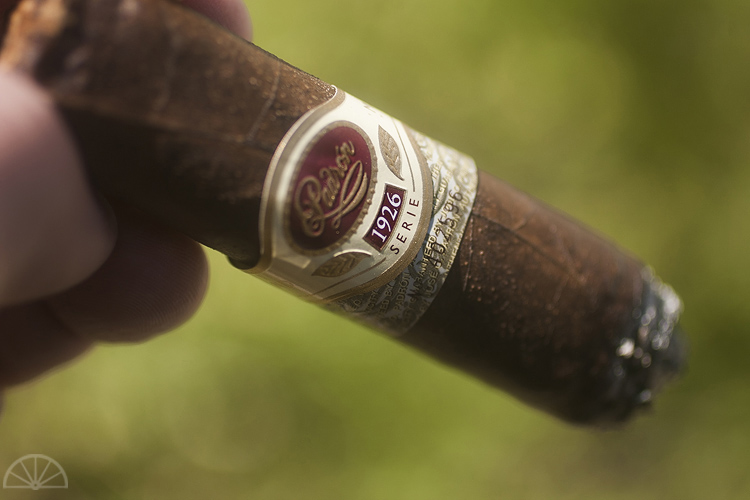 Padrón is not a company known for single store releases, however, the company has released a plethora of releases for retailers all over the globe, its most recent release was the TP40 celebrating Tobacco Plaza’s 40th year in business. It was the third release for the New York-based retailer’s 40th anniversary, although we broke the news about a third and final cigar, the TP40Q, last week.

Padrón’s most expensive U.S. release cigar is heading to New York next month for its debut. The Padrón 1926 Serie TP40 has been commissioned for Long Island’s Tobacco Plaza in honor of Marshall Holman’s, one of the store’s owners, 40th year in the cigar business.  The 6 1/4 x 60 Maduro-wrapped cigar will be released at a private dinner with Jorge Padrón on April 17, 2013.

At $35.00 per cigar, the TP40 slightly edges out the Padrón 1926 80th Anniversary as the most expensive cigar sold in the U.S. by the company. However, the box price pales in comparison to Padrón’s Millennium release and the Padrón J.J. Fox 225, made for the British retailer’s 225th anniversary last year, carried a higher price at the single level. Only 218 boxes of 10 cigars are being produced. The number is significant as Tobacco Plaza is located at 218 Lakeville Road.

This is the second single release of 2013 for Padrón with the Padrón W. Curtis Draper 125th Anniversary being released in January for the Washington D.C.-based store. In addition, this is the second release of cigars made to honor Tobacco Plaza’s 40th anniversary. Last year, the Tatuaje Tobacco Plaza DD was introduced in honor of one of the store’s other owners, Danny Ditkowich.

Details for the dinner are available on Tobacco Plaza’s website. The store said it will begin selling the remaining boxes on April 18, 2013.

Here are all of the cigars released for Tobacco Plaza’s 40th anniversary so far:

Here are what the boxes of Padrón 1926 Serie TP40 look like:

Like the SI-15, the Padrón TP40 feels huge in my hands with a dark mocha brown wrapper that has an almost obscene amount of tooth to it. The box-press is quite evident but not extreme and it is hard as a rock when squeezed. The aroma off the wrapper is strong coffee beans, earth, dark chocolate and pepper.

The Padrón TP40 starts off the first third with immediate flavors of leather, espresso, cocoa powder, toast and cinnamon. There is a nice sweetness underneath the other notes that reminds me strongly of black licorice and while it is not overly strong at this point, it is quite distinctive. I am also noticing a wonderful black pepper on the retrohale which combines nicely with the other flavors. The burn is almost perfect, while the draw is a bit loose, albeit well within a normal range. Strength-wise, the Padrón TP40 easily hits the medium mark by the end of the first third.

Coming into the second third, and the profile has turned more earthy with flavors of espresso, leather and oak ebb in and out. The black licorice note is actually a bit stronger towards the middle of the cigar and the black pepper on the retrohale has ramped up a notch. In fact, there are points in the second third where I could swear I am eating pepper right out of a pepper mill. The burn continues to impress, while the draw has tightened up nicely, and the strength has increased noticeably to a fuller medium by the end of the second third.

The final third of the Padrón TP40 remains on the same path as the first two thirds, still with that wonderful, gritty earth note dominant, along with other flavors of bitter espresso, wood, cocoa powder and toast. The sweet black licorice note—while still obvious—continues to recede slowly throughout the final third and is almost totally gone by the end of the cigar. Thankfully, the black pepper on the retrohale is also receding, although not as quickly as the aforementioned sweetness. Both the burn and the draw are finally in sync with each other, and the TP40 ends up hitting just below the full mark by the end of the cigar.

While I usually gravitate towards the 1964 blend when smoking Padróns, the Padrón 1926 Serie TP40 is a wonderful example of the 1926 releases. In fact, while I have never found Padróns to be overly-complex, this is a great example of any number of attributes: a wonderful classic Nicaraguan profile, excellent construction and perfect balance between flavors and strength. The price is definitely an issue, but if you are looking for a Padrón 1926 in this format, you really can't go wrong.