I guess it’s Raíces Cubanas weekend. Generally, that will result in a fairly good few days, given the Honduran outfit is responsible for some of the best cigars on the market. Raíces Cubanas is where Ernesto Padilla now produces (some of) his product, alongside others like Dion Giolito’s Illusione, Alan Rubin’s Alec Bradley, Andre Farkas’ Viaje, Eduardo Fernandez’ Casa Fernandez and (soon) Bill Paley’s newest line of La Palina.

In five years, the Padilla Miami saw three different factories and three different manufacturers, yet the blend has allegedly stayed the same. José “Don Pepín” García personally rolled the salomones that were part of the original line, which was known as the “Miami 8 & 11.” The 8 & 11 a reference to the location of El Rey de los Habanos, the original factory that produced the Miami. After the parting between Padilla and Pepín in 2008, Padilla tried to establish his own Miami-based operations before moving production to Raíces Cubanas took over the manufacturing. These are about to receive a cosmetic update in the form of two new bands, part of the larger effort by Ernesto Padilla to redo the packaging for what seems like the entire Padilla line.

The picture makes it appear a lot shorter than it is, the reality is, it’s 7 1/2 inches long, but a fairly thick 42 ring gauge. A quick Google Images search is a bit confusing, as some of the newer (not newest, but of the generation I’m reviewing) are noticeably without pigtails, I don’t really have an explanation for that. The Nicaraguan corojo wrapper is a dark earth with an okay sheen and fading reds, despite the pictures, which seem a bit too red. Aroma from the Padilla’s wrapper is cedar and cocoa mixture with leather, pine and a bit of hay measuring about medium-full. Veins are natural and the roll is consistent, except for foot, which looks like this cigar took part in a “how much tobacco can we fit in the mold” contest. On both cigars I smoked, there was an identical notable hard spot a hair shorter of an inch south of the band. The Nicaraguan puro has a foot aroma of caramel and gingerbread under a medium-full sweet cedar. 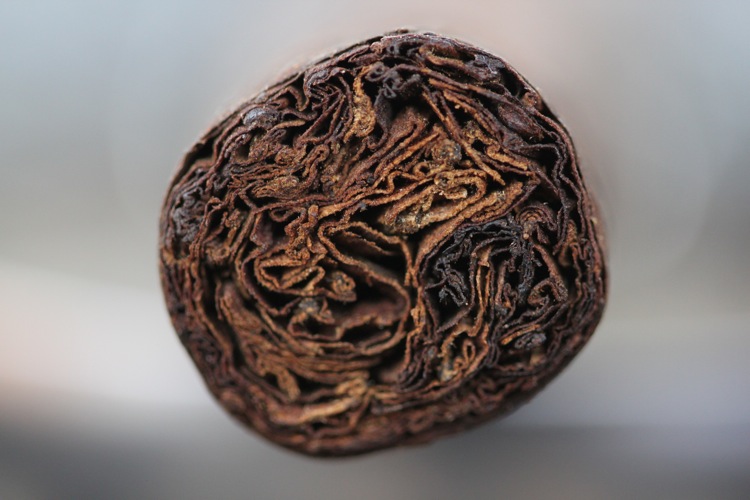 It’s been a while since I used the Xikar Xi3, I forgot how great of a cutter this is when the handles stay on, particularly for Lanceros. WIth the smaller ring gauge you can really line up the cut and then close the handles to remove the cup, a clean cut and great for those with larger fingers. From the top of the Miami it’s an aroma of dry cedar, earth and plum, just south of medium-full. The cold draw is tight with a medium flavor of bitter cocoa, dry woods and plum, noticeably very fruity. Lighting produces a woodsy and fruity aroma, it’s heavy and quite enjoyable. The initial draw is a bit tight with sweet cocoa transforming into bitter woods as lots of black pepper invade the back of the throat. Aged woods and black pepper are pretty much the only thing besides a bit of dark tobacco on the full and lengthy finish. 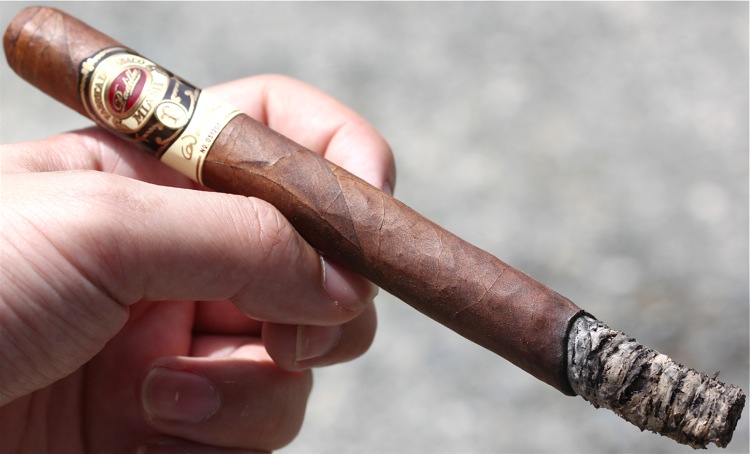 Cedar, tobacco and earth mix. It’s a bit difficult to really pick up the nuances, but there is richness. The black pepper that started Miami tones down a bit, but it’s still a fairly integral part of the medium-full flavor of the Padilla. Finish is oak, cedar and herbs with an earth note carrying the medium-full flavor through the medium length. Strength and body are both full, with the latter a bit higher up on the charts than the former. Aroma is a toasty cedar. And then there is the draw… It’s tight, real tight, and it’s constantly closing. Every four or five minutes (read four draws) a poke with the draw tool is necessary. I tried speeding up, slowing down, but across both cigars, it was a draw that was fairly challenged. 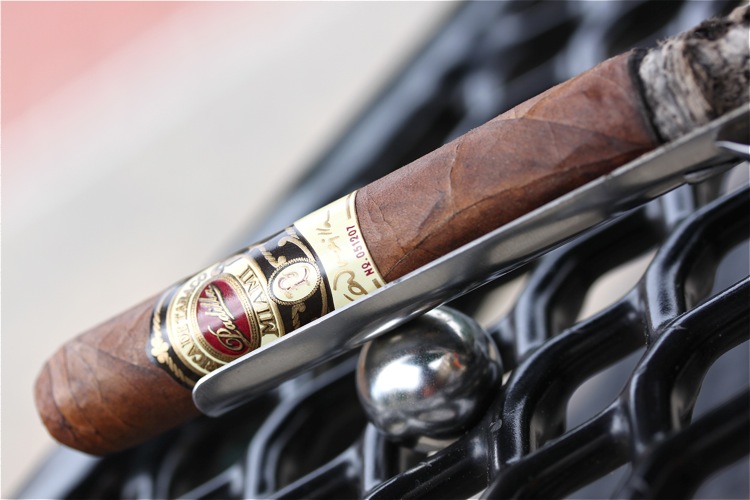 Fighting through the construction, it’s an earthier nut with an increase in pepper. Some leather seems to work itself into the medium-full profile at times, but it’s not consistently there. Finish is rather similar, a bit of coffee to the earth and a bit sweeter, still medium-full and relatively medium in length. The ash doesn’t stack with much beauty, but it does hold on for over an inch. My problem is still the draw, which isn’t getting any better and continues to be rather annoying. 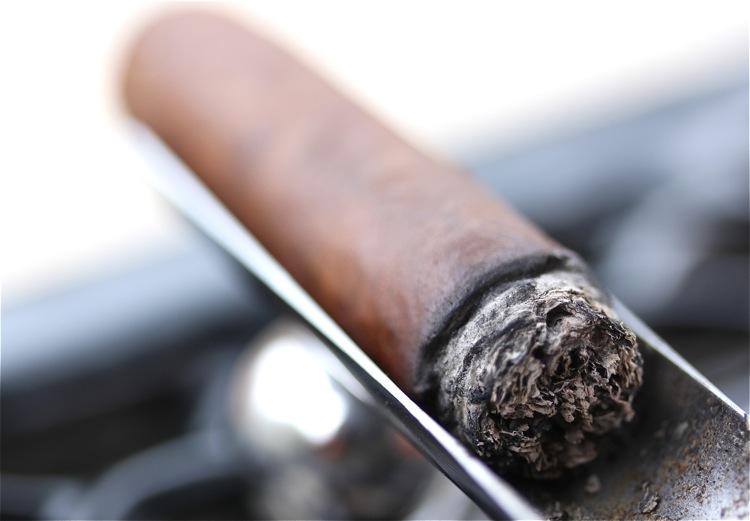 In some regards, the flavor really matures well, it finishes with a toasty herb combination that has considerable pepper. Some of the harshness of the earth is removed, allowing the pepper to really show off how delicate it is. Yet, the finish is a bit underwhelming with a notable lack of pepper and depth. Debating over the flavor is rather unnecessary, as it’s the draw that is still the problem. Close to the hour and forty minute mark, I put down the Padilla Miami. 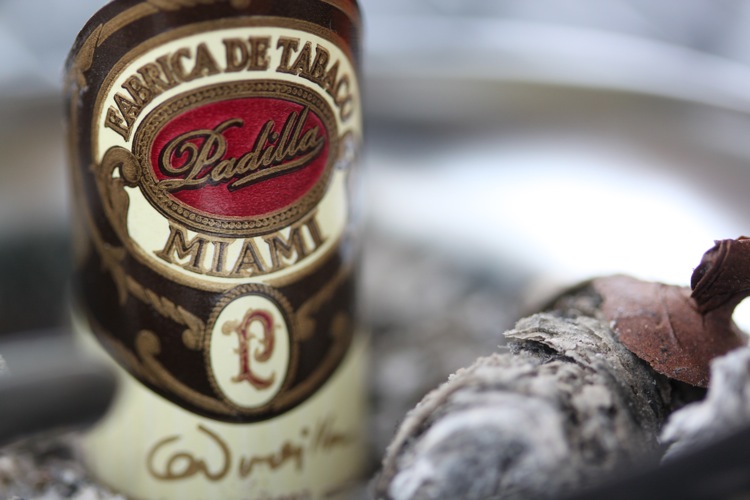 I like Ernesto Padilla. When we spoke for his State of the Brand feature it was a fun and interesting conversation. However, smoking with the draw tool in one hand and the cigar in the other is never fun. Flavor-wise, these are quite good. But, at the price point, the construction issues become unacceptable. Raíces Cubanas is capable of making some great cigars and rarely known for their construction issues, but for whatever reason, the Padilla Miami seems to be an exception. Without a draw tool, I simply could not, under any circumstance, finish this cigar; and that's a problem.