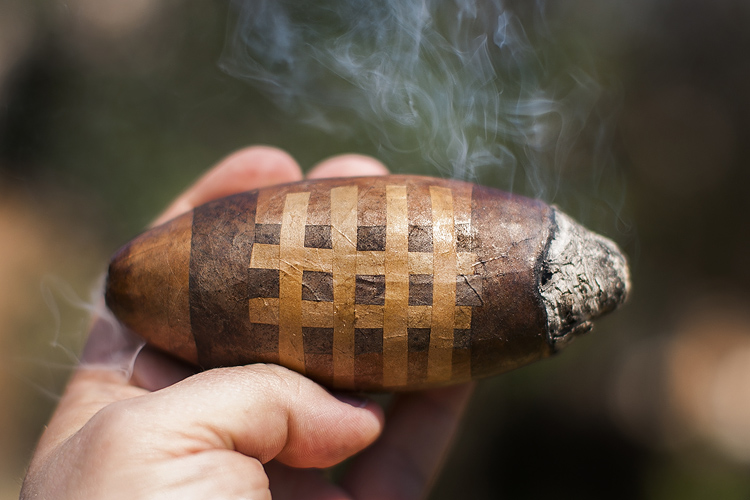 Ask anyone who has the slightest knowledge about OpusX cigars which cigar they would most like to smoke, and chances are the Fuente Fuente OpusX Football will be extremely high on the list. Yes, it’s an OpusX-banded cigar that is shaped like a football.

While normal Fuente Fuente OpusX releases are highly sought after by much of the cigar community, Arturo Fuente has a plethora of releases ranging from true one-offs to tiny releases in the low thousands that have been made for a variety of purposes, although largely to benefit its charity, Cigar Family Charitable Foundation. Amongst these releases are a few notables, with the OpusX Football perhaps being most famous.

As recognizable as they are unobtainable, the original 13 Footballs were given to  NFL Hall of Famer Dan Marino in 2003 by Carlos “Carlito” Fuente Jr. as a present at a charity event. They were then quickly auctioned off for a reported $13,000. The number originally released corresponds with Marino’s jersey number during his storied career.

While there is just not that much specific information known, GarTrader has some details:

Since then, a very small number of Opus X footballs have been made, there are probably about 40 in the world, including the original box of 13. This cigar, like all cigars Fuente rolls, can be smoked. One was smoked and passed around among participants of CFC 2004, and Ariel smoked one at CFC 2006.

We estimate that the number of OpusX Footballs made is actually closer to 60, given they have been released annually, albeit in significantly small quantities. Most recently, the cigar was auctioned off at two November events, the one for which these coffins were made for and a Toast Across America event at Smoke Inn.

Interestingly, the OpusX footballs that I received were actually inclosed in their own individual coffins that looked destined for a November 5, 2012 event. Here’s a poster for the event: 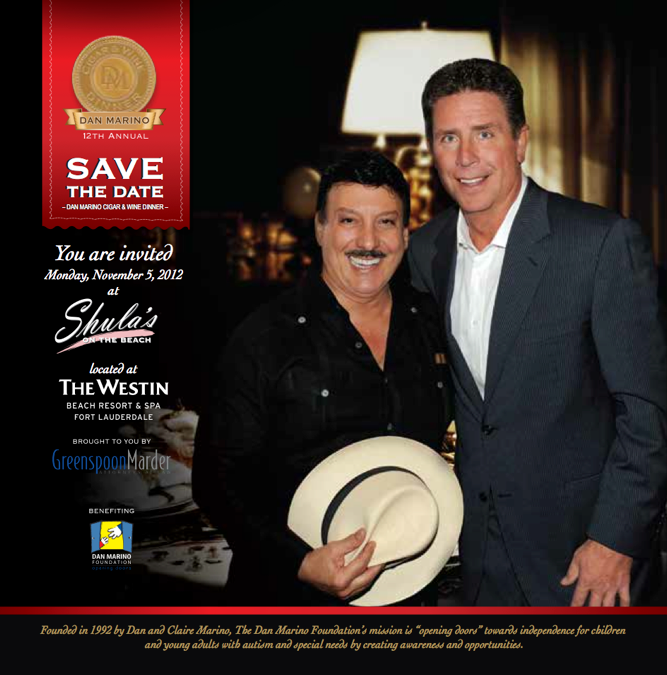 Normally the cigar is not auctioned with a coffin, rather it’s just wrapped in cellophane. Here’s what they look like: 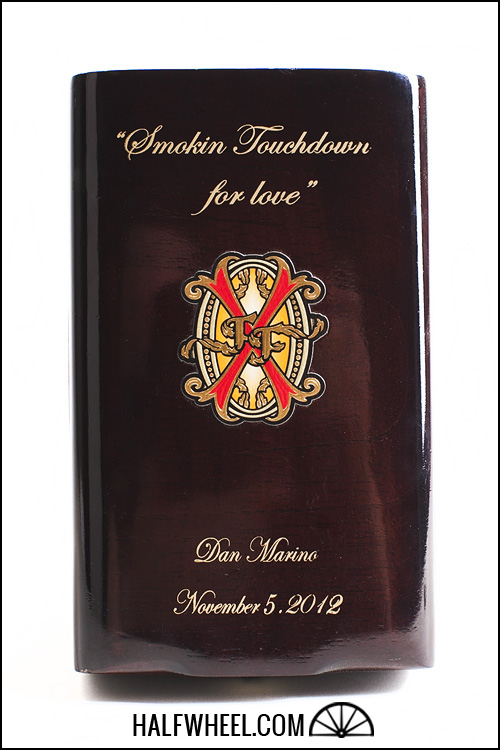 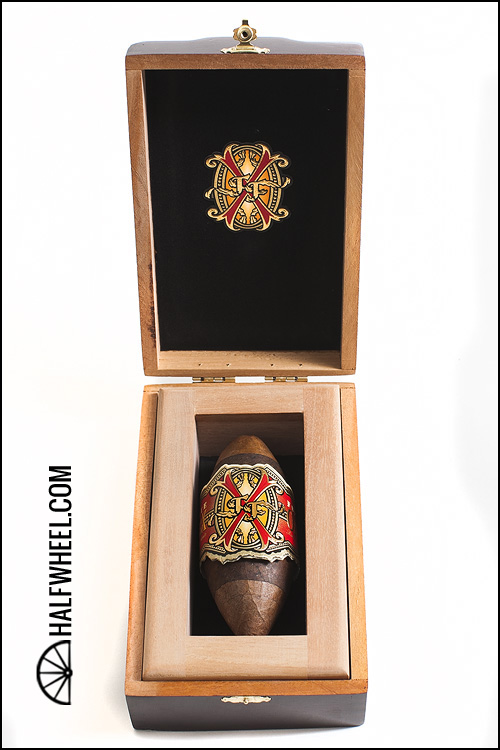 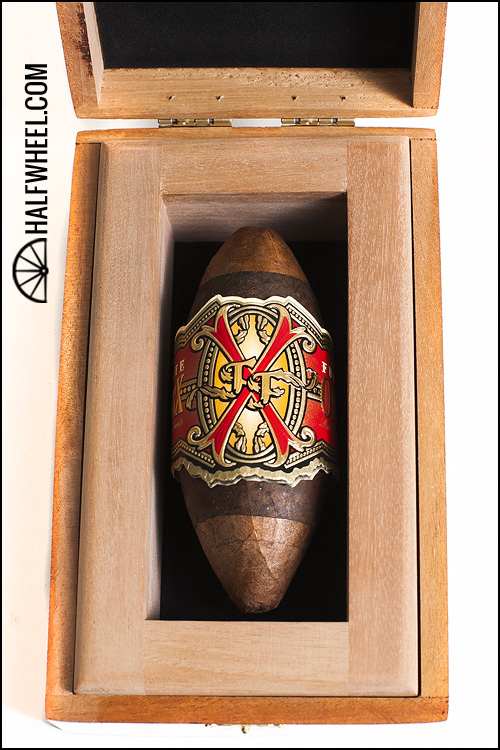 As for the cigar itself, it does contain at least some OpusX tobacco, although a representative from Fuente said it’s likely the blend is far from an OpusX blend so that it burns better. In addition, each OpusX Football is slightly different given the tobacco used to mimic the lacings. 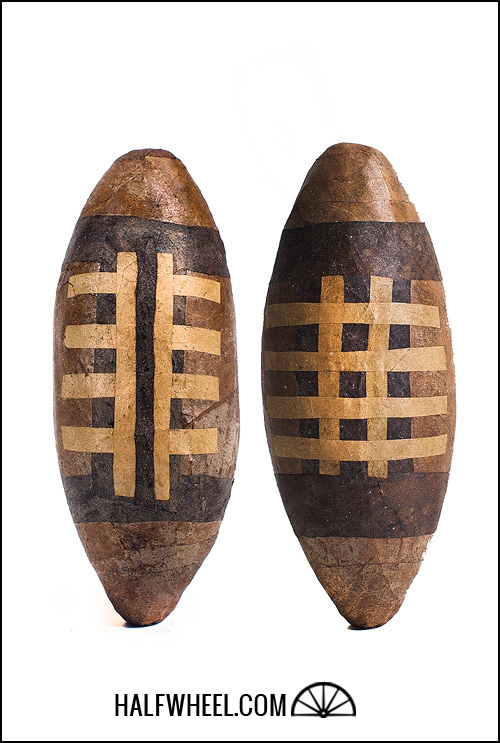 The cigar itself, or at least the two I have, measures five inches long by almost two inches tall at its widest point—exactly 1.99 inches—meaning the OpusX Football is 5 x 128.

In addition, the bands are absolutely humongous, measuring at a whopping two and a half inches tall and five and one-quarter inches wide. The bands are either custom made specifically for this project or actually borrowed from other things, most likely the box insert for normal Fuente Fuente OpusX products, as no production OpusX would ever need a band this large.

Even as large as the bands are, they still don’t wrap around the entire cigar, as such, Fuente uses a piece of black ribbon to tie the back of the band. For reference, here is a photo showing the difference between the band on the Football and a regular-sized OpusX band: 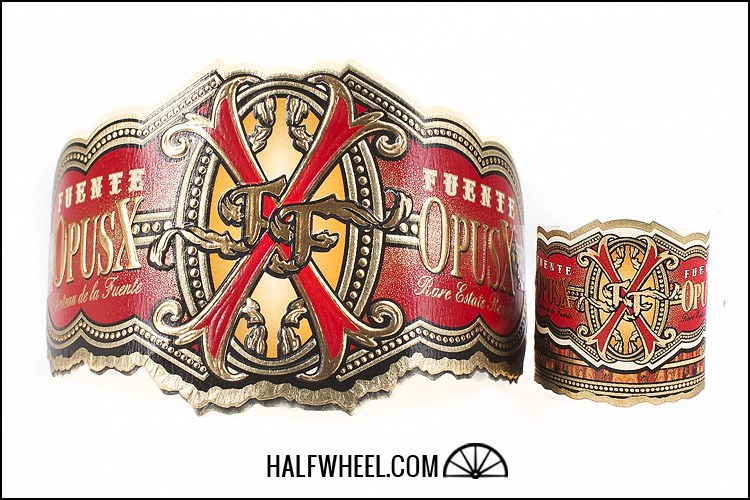 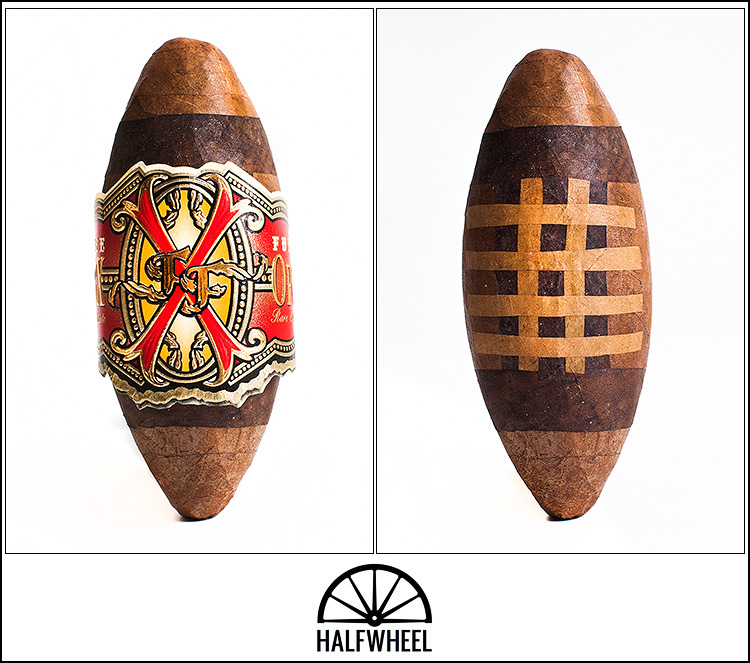 *The blend of the OpusX Football is not fully known, only that some OpusX tobacco is used.

There really is no other way to describe it, the OpusX Football is a monster. While the wrapper’s texture is extremely smooth, it’s also covered with glue and is quite sticky to the touch. The Football weighs just over two ounces, which is comically heavy for a cigar. The aroma coming off of the wrapper is a faint sweet wood and leather combination and not much else.

The first third of the OpusX Football starts out with a very basic profile: oak, leather and slight dark chocolate. There is a sweetness underneath, almost vanilla-like, but it is not strong enough at this juncture to really pinpoint. The draw is just a bit open, which is not surprising considering the size of the cigar, but does seem to be closing up a bit as it burns down. The burn is very uneven at the start, but evens up nicely about an eighth of the way through and continues that way until the end of the first third. Overall strength is surprisingly mild, surely not-past mild-medium at this point. Smoke production is anemic at first, but really starts to pick up as the first third comes to a close. 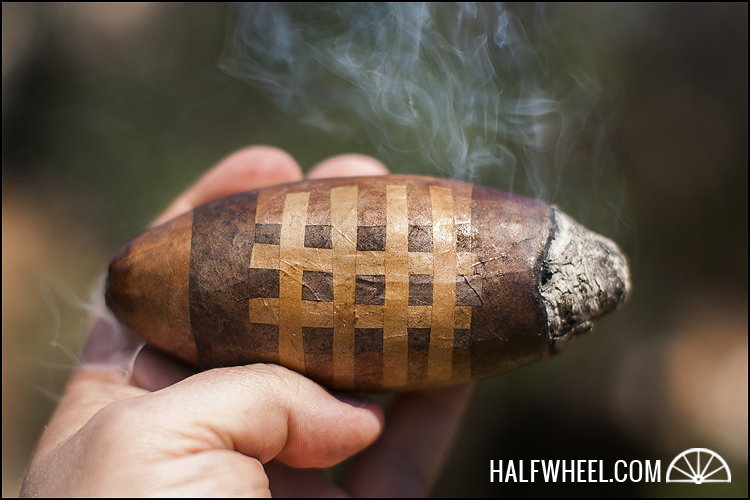 Coming into the second third and not much has changed. It has taken only about a half hour to get to this point, which frankly surprises me. The flavors in the profile are basically the same: leather, wood, some espresso and dark chocolate and just a tad bit of a bread note. A bit of bitterness has crept in and is quite noticeably taking the place of the sweetness from the first third, but it is not strong enough to negatively affect the profile as of yet. Two major changes are the amount of pepper on the retrohale and the smoke production, both of which have increased exponentially. The strength has increased noticeably as well, but still has not passed the medium range. 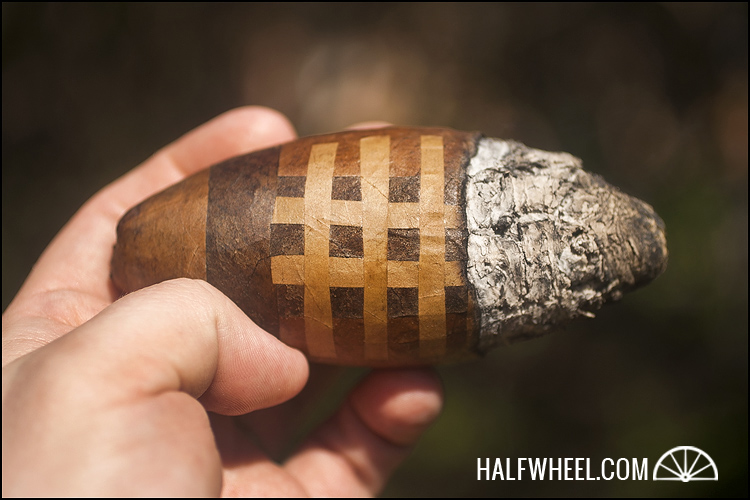 The final third of the OpusX Football features essentially the same profile: wood, dark chocolate and bread notes. There is noticeably more bitterness present, especially as the burn got to the end of the cigar, but there’s very little pepper on the retrohale compared to the first two thirds. Sadly, the sweetness from the first third has totally disappeared by this point. Construction remains the same with the draw a bit more open than I would like and the burn a bit more wavy than I would like. The overall strength ends up being just north of the medium mark and the nub got extremely hot at the end, forcing me to put it down before I wanted to. 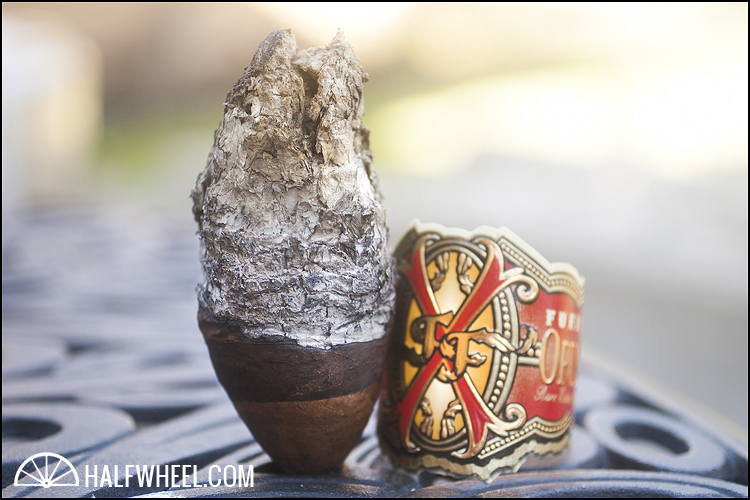 Like I mentioned in my Behike review, smoking and scoring a cigar that is this rare is almost criminal, but one of the main points behind this site's reviews is to do exactly that. Having said that, at a certain point a cigar becomes so big and odd that the focus becomes on making sure the cigar burns and less so on flavor. Factor in the fact this was never meant to be a commercial success and the amount of time that goes into perfecting the flavor is probably close to minimal. The Football did have flavors in it that reminded me very slightly of an OpusX, but the persistent bitterness in the profile—while not overwhelming at any point except at the end—was persistently annoying enough to notice. It ended up being not even close to as strong as I expected and the flavors it did posses—while not horrible in any way—were pretty one dimensional. In the end, I am extremely grateful to have been able to smoke one, but as far as smoking goes, the OpusX Football was basically just one huge boring pile of burning tobacco; one far more entertaining to look at than smoke.