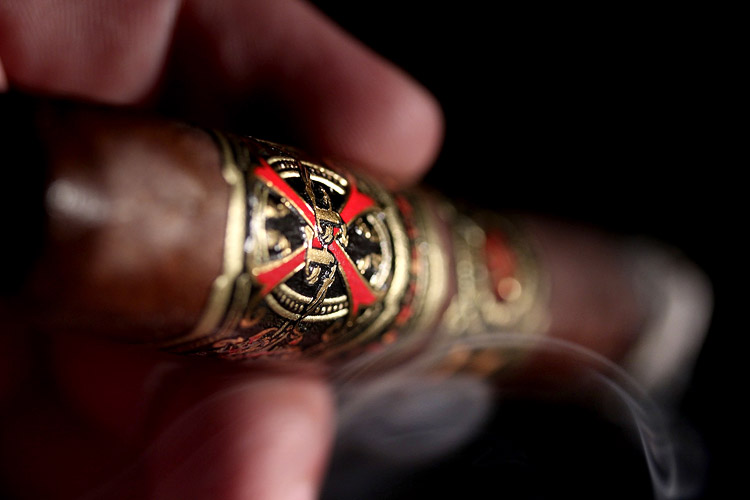 Today is a review of yet another one of the ForbiddenX 13 releases, or Forbidden 13. The God’s Whisper 1924 is perhaps the most intriguing of the six releases because it is by all accounts erroneously listed in the Fuente price list. As Brooks noted in his review of the OpusX ForbiddenX 13 Nacimiento 1912, the God’s Whisper was listed as a 7 1/5 x 41 Lancero-like vitola, as opposed to the 7 x 48 Churchill that showed up in retailers starting in December. Brooks did a pretty good job summing up the hysteria that took place in December 2011:

Midway through December of 2011, some interesting boxes of Fuente products started showing up at various stores across the country with nearly no forewarning at all. Almost nothing was known about these cigars when they were released and people on the boards and Twitter had a field day trying to piece together what was going on. It turns out that there were a limited number of boxes of a brand new ForbiddenX blend to celebrate the 100th Anniversary of Arturo Fuente brand’s existence. Each box contains 13 cigars in the box, and have a secondary band with the number 13 on it. 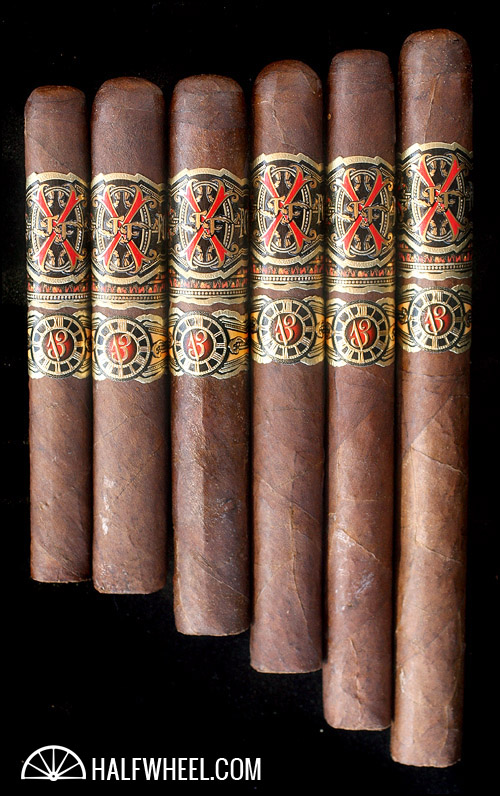 There are a total of 6 different vitolas sent to various retailers. They are (left to right): 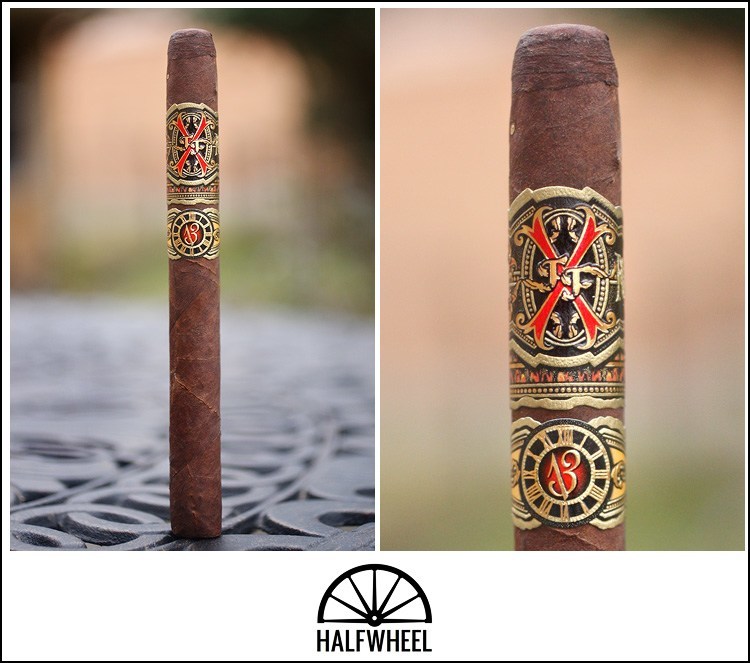 It’s not a Lancero. The ForbiddenX 13 God’s Whisper 1924, like the rest of the ForbiddenX 13, has a dark wrapper with purple and red hues. While the bands look great, the glue is all over the place. It’s somewhat shocking given that this has really never been an issue with Fuente in the past, but with the entire ForbiddenX 13 series the glue is embarrassing. Like the remainder of the sizes, there’s a slight box press coming in, definitely something that would be rather pronounced after a few more years in the box. Also slightly disappointing is the roll, which is above average, but not on Opus quality levels. Aroma from the wrapper is a very strong leather and pungent barnyard. From the foot, there’s sweet raisin, earth and red wine — very full, no pepper, but a bit nauseating. Cold draw is pretty open and very sweet: raisins, earth, cedar, some orange peel, a great honey and cocoa. Lighting produces a dark toasty note, nothing too shocking from the Fuente.

The first third of the God’s Whisper begins with soft and sweet cocoa, a nut mixture and a black pepper that seems to want to come out, but never does. Finish is cedar, earth, some fruity sweetness up front; flavor profile is relatively refined, but basic and not overwhelming. It settles down with an open draw and great smoke production. The flavor profile of the Fuente has a great molasses core with some sweet berries, a bit of light cedar and vanilla. There’s a touch of pepper on the throat, but it’s a very mild pepper and far from anything you would expect from a Fuente, let alone from an Opus-banded product. 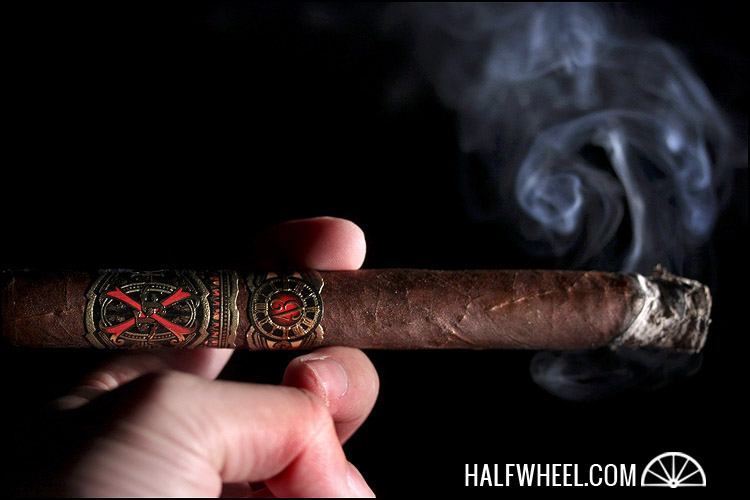 Into the second third and the main feature is the overall nicotine effect from the massive cigar begins to take effect, even though the God’s Whisper is medium-full in strength at best. Flavor changes to include a bit more woodsiness, earth and tobacco, but the sweetness from the molasses and berries dominates. The raisin note comes and goes throughout, one of those complexities that requires a caliber like an Opus band. In the dead air, the great smoke production from the Churchill rendition of the ForbiddenX 13 leaves a trunk full of hearty smoke in the air. Body is solidly full and the richness factor is definitely on the higher end, even for FFOX. 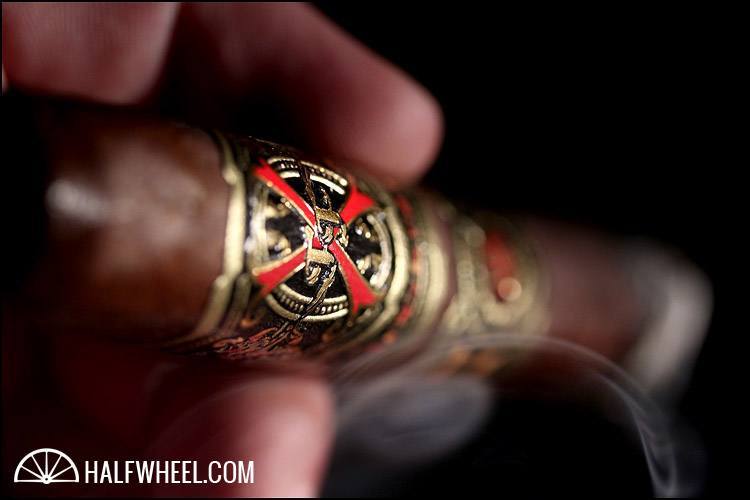 I really was not expecting much of a change going into the final third of the God’s Whisper, but boy was I wrong. The draw opens even more, which maybe isn’t to my liking, but a whole new creaminess emerges that changes the profile entirely. In addition, vanilla, honey and cedar join the Forbidden 13’s flavor profile. Oddly enough, the cigar seems to die as the end nears, and once I pass the inch mark, smoke production just goes out, probably a sign that it’s time to stop. 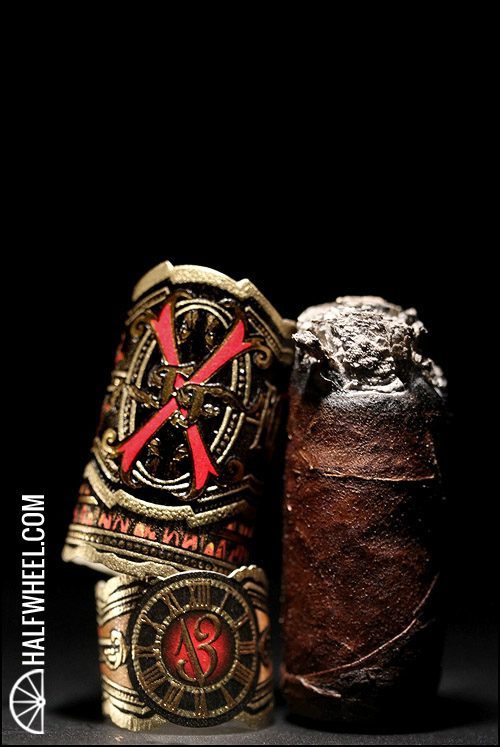 My most basic thought of the ForbiddenX 13 series is that they don't taste anything like a normal OpusX, and I really doubt that they ever will. For me, the newest rendition has been extremely sweet, as well as being much more put together than a normal fresh FFOX. Over time, I can see the pepper becoming more pronounced, but I just can't see it ever getting to the levels of normal Opus. As such, I just don't see the God's Whisper or the other two sizes I've had at this point replicating the normal Opus experience. I'm not sure where I stand on comparing this to the plain OpusX line due to the depth of the FFOX series, but as compared to Lost City and the other black banded ForbiddenXs, there's no question, the ForbiddenX 13 is the best. The new ForbiddenX is different and perhaps more importantly different in a good way, which isn't always easy.