For the seventh year in a row, Oliva has released its limited Serie V Maduro Especial, this year in a massive 6 x 60 gordo.

It is the largest in the series date to date, with the only other releases coming close being 2010 and 2013, which were both 54 ring gauge. Though the size is the largest yet, it won’t be the biggest as far as quantity made, as Oliva has indicated 2014 production is less than last year’s 80,000 cigars. Other than the size and release numbers, things have stayed the same as the last four years, as the cigar uses a Mexican San Andrés maduro wrapper over Nicaraguan binder and filler and packaged in 10-count boxes. 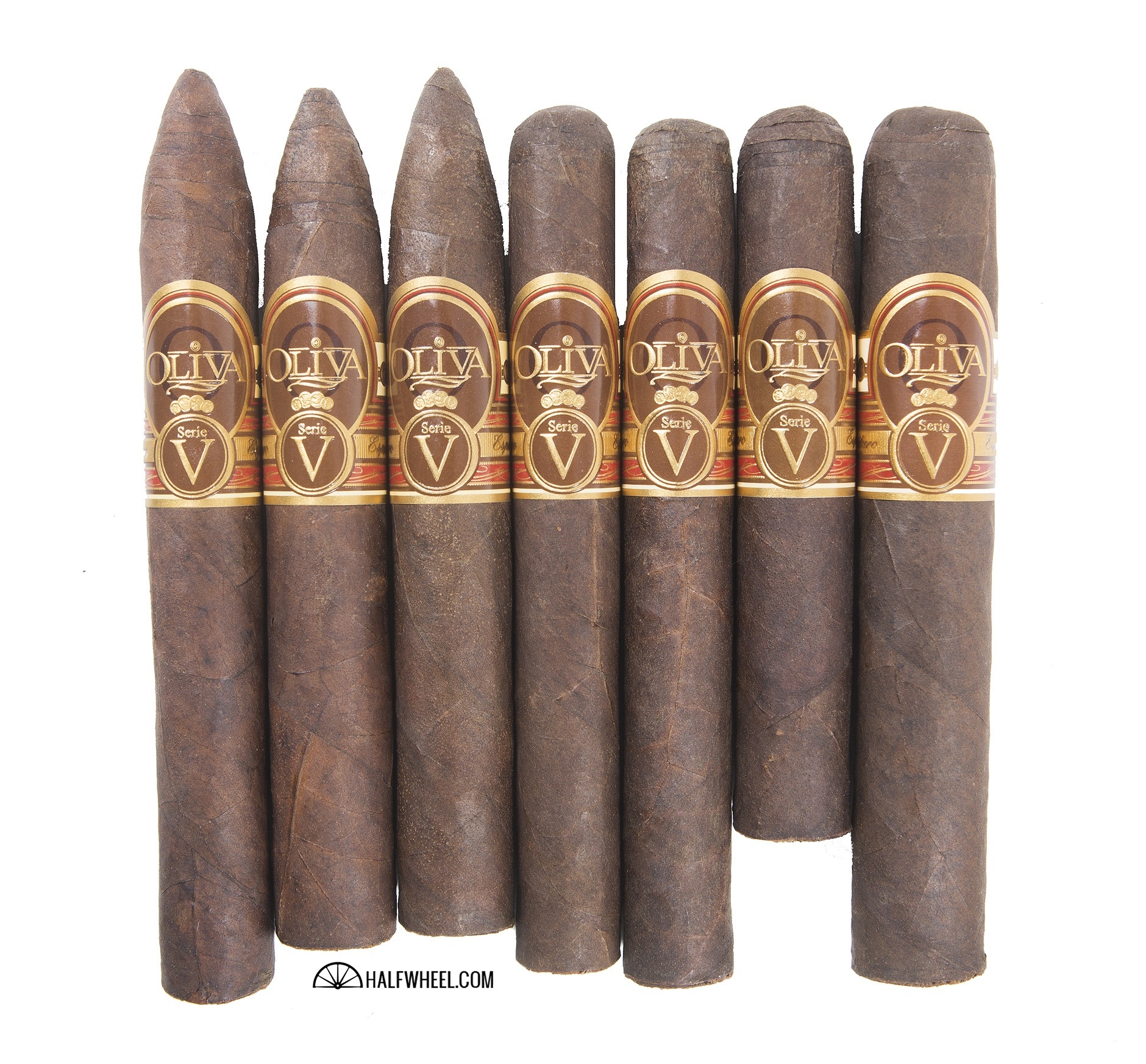 The wrapper is a beautiful dark chocolate color with seamless construction. While the cigar is pretty hard, there is the slightest amount of give, just enough to keep me from calling the cigar solid. The wrapper has a bit of a rough feel to it—though it’s nice and oily—as to be expected with a Mexican San Andrés wrapper. A rich, sweet barnyard aroma comes off the wrapper tinged with leather and a bit of spice. The cold draw is more hay along with a peppery kick, some cocoa and a bit of cinnamon. The cold draw leaves a bit of heat on my lips and tongue reminiscent of a jalapeno’s kick.

The first third starts out with lots of tantalizing peppery heat on my tongue, a healthy amount of Red Hots cinnamon, a touch of sweet cocoa and some black pepper. After only a quarter of an inch the peppers take on a roasted pepper taste. There is plenty of smoke pouring off the foot in between puffs and the draw is ideal, with just enough resistance; any looser and I think the smoke production would be overwhelming. Though I had some trouble lighting the 60 ring gauge monster, save for one little waver the burn is quite straight and even. The ash holds on for a solid inch before I roll it off in the ashtray. After an inch and a half the profile has developed into less of a black pepper and roasted pepper assault, to more of a sweet roasted pepper along with the previous cinnamon and cocoa. As I move into the second third of the V Maduro the profile sweetens up even more, losing more of the pepper bite and developing the cocoa notes into more of a creamy mocha note. A touch of leather and a bit of remaining cinnamon stick around in the background. The burn had gone off course for a short moment, but by the time I decided to touch it up it had corrected itself. Another inch in and the profile continues much the same with whatever pepper notes that remained gone. The final third starts out with a bit of an issue: a small crack that formed close to the head was finally close enough to the burn line that it bulged and blew out. Luckily the cigar hasn’t completely unraveled, though the burn isn’t as perfect as it had been. The black pepper that had disappeared has reared it’s head again, taking a bit of the sweet edge off the mocha, cinnamon and leather. This was not the favorite Serie V Maduro that I’ve had, that would be the 2012 version. Having said that, this year's has a very enjoyable profile of notes that mesh well together and enough development to not be boring. The construction for the most part was great, with only the minor blow out being an issue. As for the size, it’s definitely not my favorite—just a little too large for my preference. Keeping that in mind however, I don’t think the fatter ring gauge had any adverse effect on the flavor. If you’re a fan of the previous releases, this is definitely another one that you should seek out.