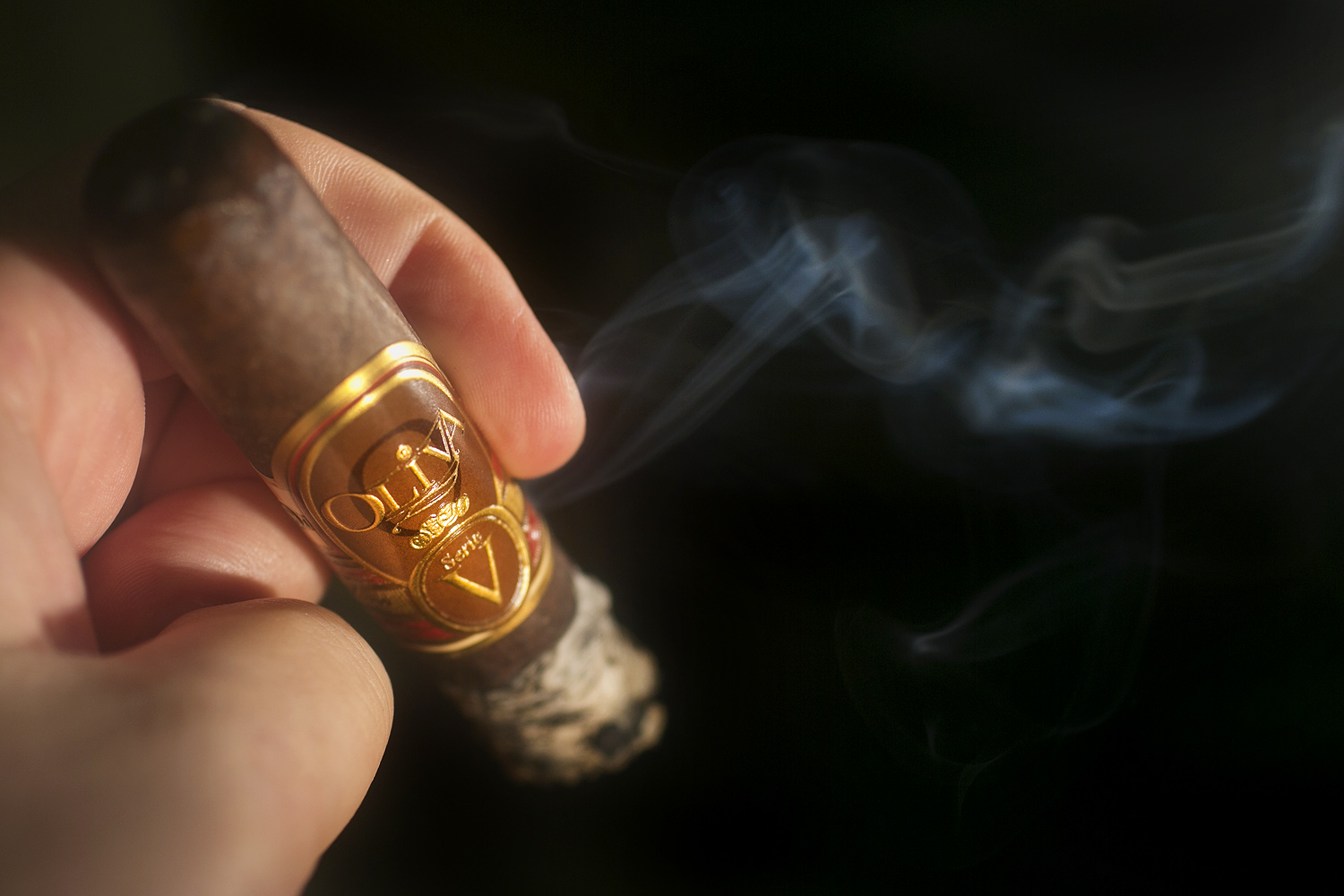 For the sixth consecutive year, Oliva has graced the world with a Serie V Maduro Especial. The 2013 version is a double robusto, the shortest of the annual series and identical to the 5 x 54 vitola in the Serie V’s regular portfolio.

This is the fourth consecutive year the company has used Mexican San Andrés maduro for the wrapper in place of the Nicaraguan sun grown Jalapa wrapper of the regular Serie V. While almost all of the details of the cigar remain the same—10-count boxes, Maduro Especial bands, winter release—one thing has changed, the company has increased production to 80,000 cigars up from the traditional 50,000 amount it has used otherwise.

The six Serie V Maduro Especial releases are as follows: In addition, the company has released two other Maduro-wrapped Serie V cigars: the Edición Europa 2010 and Diadema. 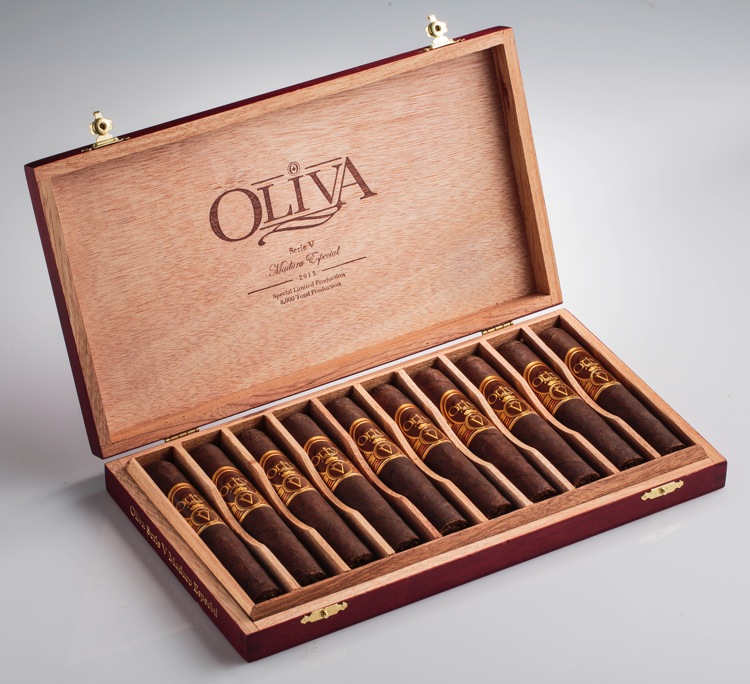 The difference between the wrapper isn’t as stark as on some other Serie V Maduro releases. While I noticed how veinless the samples were, I didn’t realize how different this was from the previous five releases. Out of cellophane there is a big aroma of sweet leather, strong red pepper, cocoa and cedar. From the foot the aroma gets much more intense, but without the leathery note. In a surprising turn, the cold draw from the Oliva is relatively mild. There’s some creaminess, a very sweetness and a slight pepper.

I am also a bit taken back by the start of the first third, it’s much more passive than any Serie V of recent memory: soft cedar notes, underlying sweetness and then a harshness 10 seconds into the finish. From the get go, the burn is slow and inconsistent, albeit accompanied by great smoke production and an excellent draw. The cigar is definitely earthy, but with leather, semisweet dark chocolate, red pepper and some additional sweetness. The flavors continue to develop: less dark chocolate, more leather. It’s not my favorite turn, but there’s enough sweetness left over to keep a decent balance. It’s full in flavor, medium-full in body and medium in strength. At times, I get some roasted peat through the nose, but it’s hardly consistent. The burn manages to work itself out on all the samples and the ash holds beyond two inches on one occasion. If there were any changes in the final third, I couldn’t not find them The reality is the 2013 edition of the Oliva Serie V Maduro showed no discernible change. It’s still a bit earthy with leather, some generic sweetness and a bit of cocoa—more remnants of the first third than anything else—and touches of red pepper, but it’s really unchanged. I scored this cigar, but I still undecided about how much I do or do not like it. This was a good cigar with nothing to complain about, except it was boring. While I love the concept of the Serie V Maduro, I must say, the cigars have never been something I thought were better than the Nicaraguan Jalapa-wrapped version. As far as ranking within the series, 2009 and 2010 remain my favorites, by a wide margin, and this is probably my least favorite. This is classic San Andrés Maduro to me, maybe on the fuller side of flavor, but it’s just not classic Serie V.