The 2012 release of the Oliva Serie V Maduro Especial is the fifth release of a cigar that has become a must-purchase for many cigar smokers. An annual chance to take the very popular Serie V for a bit of a different spin, the cigar has gone through a fair amount of changes in its brief history.

The 2012 version of the Oliva Serie V Maduro is basically identical to last year’s: same size, same wrapper, same basic price point. Brooks reviewed a prerelease sample of the 2011 Oliva Serie V Maduro here and reduxed it here. Newly-appointed national sales manager Ian Hummel tells me that the only real difference between the 2011 and 2012 versions is when they were rolled.

Here are the five vitolas of the Serie V Maduro Especial in order of release: 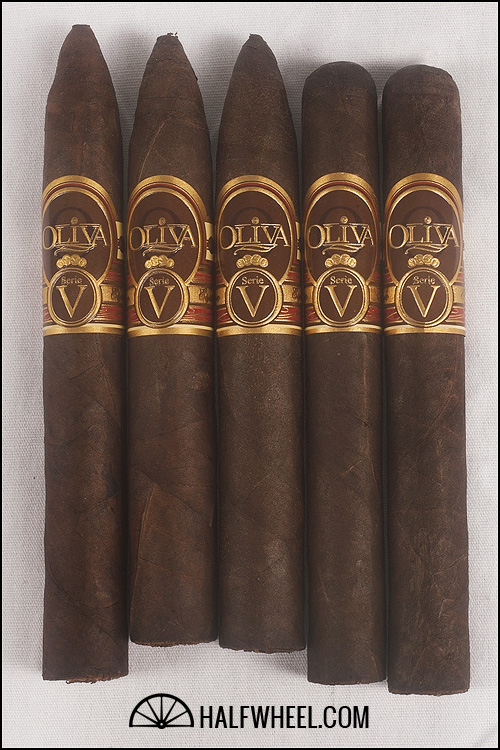 At first glance the Oliva Serie V Maduro Especial looks like the rest of the line as there is no secondary band indicating this is the Maduro Especial, and the wrapper’s color is fairly close. A closer look shows their differences: Maduro Especial has been added to the band and the wrapper shows some mottling that I don’t recall on regular production Serie Vs. The wrapper is a rich dark brown with minimal veins and just a few spots where the color isn’t perfectly uniform. While I don’t consider a regular Oliva Serie V an oily cigar, this Maduro Especial seems to have a bit less shine. A definite sweetness comes off the foot – at first making me think of peaches or apricots in syrup with a pinch of earthy spice that plays varying roles in each cigar. The cold draw is dialed in nicely with air moving through without too much resistance. There is a mild sweetness here, though hardly enough to provide a guide as to what the cigar will hold once lit with a touch of earthy clay and even a hint of chocolate syrup thrown in for good measure. Firm without being hard, the cigar feels well packed and balanced in the hand.

The Oliva Serie V Maduro Especial 2012 starts out medium-bodied with an underlying richness that seems poised to build through the first third. In one cigar, coffee is the first strong note to come out about three-quarters of an inch in with pepper starting to enter the equation shortly thereafter; in another, a more pepper-laden version of the clay earthiness picked up on the cold draw leads the way. Where the first one seemed to lay more of a framework for the flavors, the second leads with a statement. Both approaches are good, though I prefer the former. 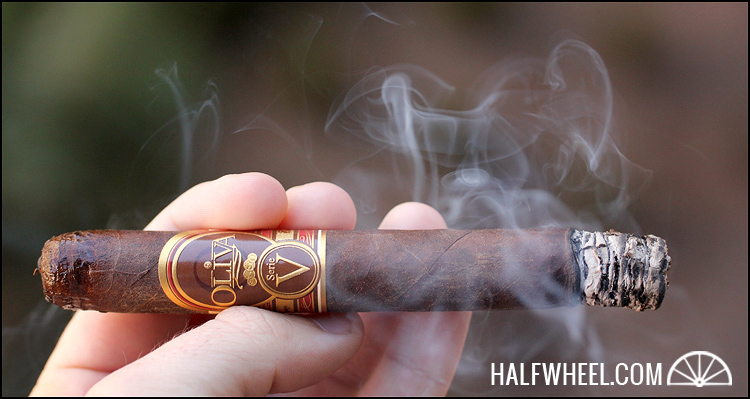 Pepper leads the way into the second third with the coffee note having run its course, at least for now. The smoke picks up some strength and makes my eyes water ever so slightly due to aforementioned uptick in pepper. There’s also a fairly new note of charred wood that enters the equation, a note that holds for a fair number of puffs before the pepper dies down around the midpoint and a new flavor profile starts to emerge: a bit sweeter, less spicy and an espresso note start to take over things, as the cigar continues a very enjoyable flavor progression. There are also points in this third where it doesn’t really taste like a Maduro; it seems that some of the notes I associate with natural Mexican San Andrés leaves are more prominent. 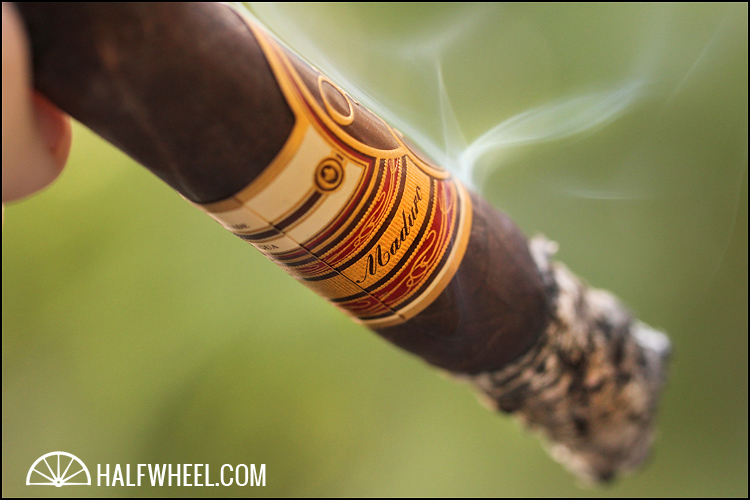 The espresso note changes to an earthy note fairly quickly as the band comes off and the final third begins. Pepper starts to rejoin the flavor mix and the smoke seems to become a bit thicker and chewier, while the nose gets a good deal more sensation from the pepper. The mix of flavors seem to evolve with every puff, as the hearty earth note drops off and goes into a lighter wood note, which is followed by a bit more leather. It’s almost like being at the hors d’oeuvres table and just sampling all the flavors the Oliva Serie V Maduro Especial has to offer. Some notes of chalk find their way into the mix with a good bit of minerality and dry pepper closing out the Serie V Maduro Especial 2012 as it gets taken all the way down to finger-burning lengths. 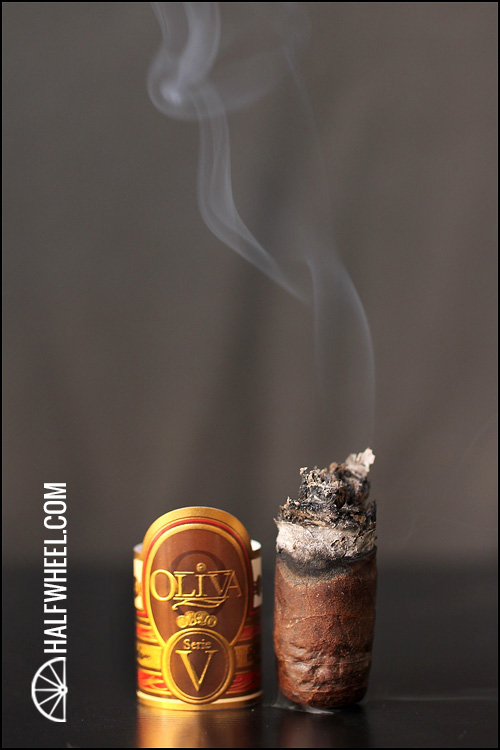 To say I was surprised with this cigar would be an understatement. While I have had a general fondness for Serie V Maduros, I think the 2010 release soured me just a bit and last year's didn't wow me, for whatever reason. But the 2012 release is outstanding—and for me—the Oliva Serie V Maduro Especial is back in my rotation. It has tons of flavor without ever becoming overpowering, a good bit of spice that comes and goes at all the right intervals, and a flavor progression that is both trackable and immensely enjoyable. Needless to say, I'm finding the closest box to me and picking it up as soon as possible.