It’s the sixth and final review of the STUDIO TOBAC World Tour Sampler 2012 and perhaps the most interesting cigar in the sampler, the NUb USA. The concept is pretty simple: take the NUb 456 size and use some American tobacco. 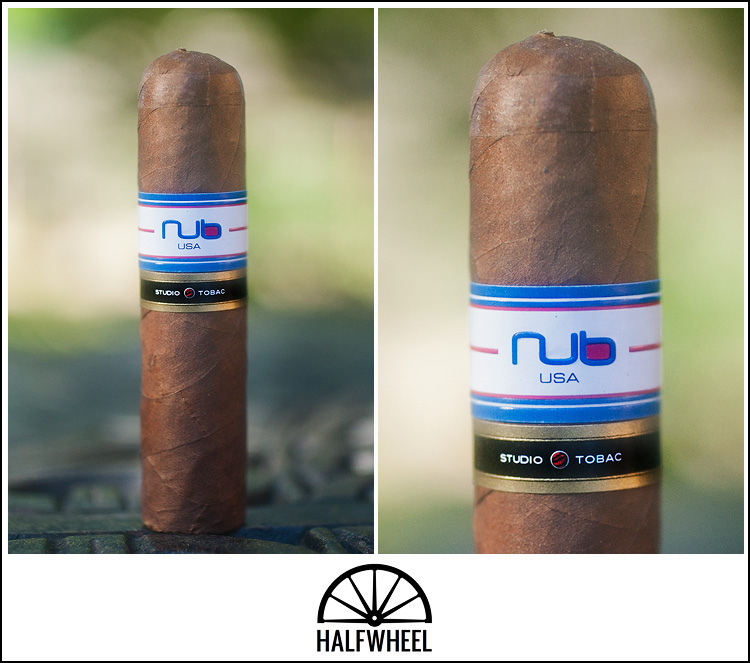 With the rise of the 60 and now 64 ring gauge cigars, 56 seems sadly pedestrian. There’s a super pronounced cap on this example, although that seems to be a unique trait and not something prevalent. While the roll could without a doubt be better, the wrapper is relatively veinless. Aroma is interesting, a bit of leather and some zesty lime. From the foot, the NUb USA amps up the uniqueness with a heavy zesty lime flavor, some white pepper and a more generic tobacco note. Cold draw is open with the zesty flavor mixing with nuts, although it’s much more of a sweeter citrus tone than before.

The first third of the NUb USA starts really open with barely any smoke in my mouth. Initial flavors are a sweet and sour (not the sauce) meatiness followed by cedars, creaminess and nuts. In addition, there’s a unique lemon note on the back of the throat causing me to salivate. Despite a minute of toasting, the NUb struggles to produce smoke and seems almost dead. Five minutes in and the flavor is a generic harsh woodsiness. By the end of the first third it’s creamy with cedar, some earth and a touch of lemon. The finish of the NUb retains the harshness with a touch of creaminess and cedar. 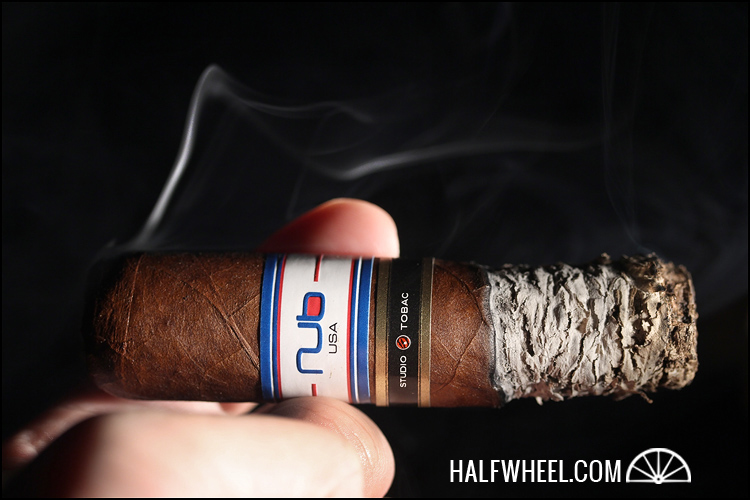 By the time the second third rolls around the smoke production has at least turned itself around even if the draw of the STUDIO TOBAC is at best inconsistent. Flavor is now a sour meatiness with the harshness going in and out. The one redeeming quality of the NUb USA at this point is the finish which features a touch of creaminess, cedar and black pepper. Strength is medium, barely. 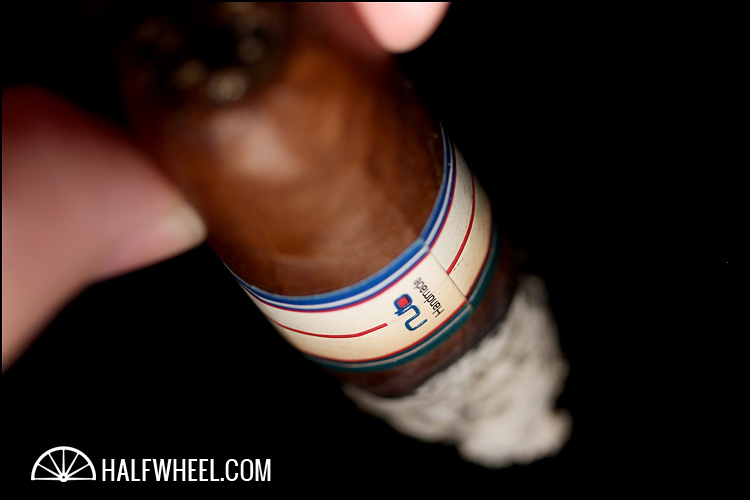 The final third somewhat predictably sees whats left of the first two thirds begin to wander off and become harsh and muddled. The NUb never goes out, but it very easily could have. Fortunately, the draw seems to improve for at least the latter half of the second third and initial parts of the final third, but even that quickly disappears. Eventually it seems apparent the cigar is done, so I stop. 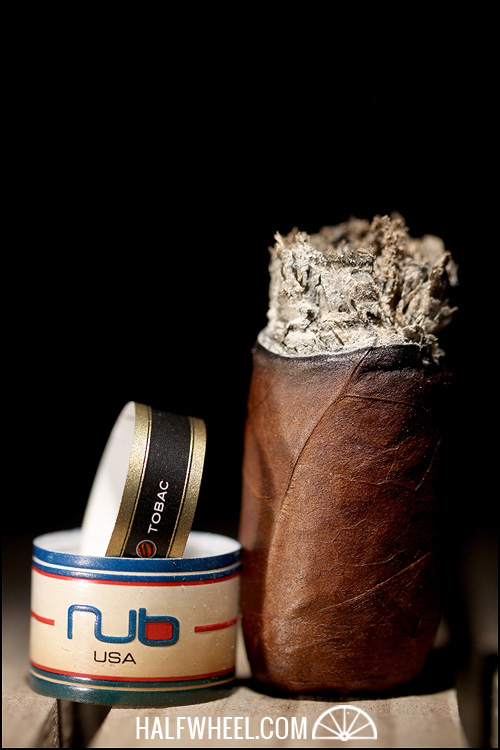 There are a lot of American-themed cigars, unfortunately most are quite bad. The Camacho Liberty is an overpriced shadow of what was once the pinnacle of the company's creativity, the CAO America is my least favorite of the company's current portfolio, the Alec Bradley American Classic might be passable for a $5 cigar—but it's far from Alan Rubin's best. Ironically, the best American-themed cigar is one most Americans can't pronounce, Tatuaje's American puro, the La Casita Criolla. Here was an average tasting cigar with poor construction, unfortunately another disappointment for the American-branded cigars. The NUb USA isn't awful, but it's a bit off from Oliva's norm, far from the best NUb and most certainly my least favorite creation to wear a STUDIO TOBAC secondary band.