Back in October of 2012, Barry Stein, assistant director of marketing at Miami Cigar & Co. tweeted about a new project involving a limited release cigar made for Nestor Miranda’s 70th birthday on February 14, 2013. While almost nothing was known about it at the time, Stein put a photograph up on Instagram in November that showed a Lancero, and the caption, “Smoking another Lancero. This cigar is going to kick ass. Can’t wait for February.”

In mid December, we published a story with more information:

Miami Cigar & Co. has confirmed details of the cigars that will be made in celebration of company founder and director Nestor Miranda’s 70th birthday, which is coming up on February 14, 2013.

In a story on CigarAficionado.com, it was revealed that a pair of Lanceros – one made by La Aurora S.A. in Santiago, Dominican Republic, and one made by My Father Cigars S.A. in Estelí, Nicaragua – will be packed together in a 12-count humidor in the shape of a 1960s speedster. Each humidor will contain six of each cigar, with the chassis of the body lifting off to reveal the cigars.

My Father Cigars is creating a 7 1/2 x 40 ring gauge Lancero that uses a Nicaraguan Habano wrapper on top of Nicaraguan binder and filler. La Aurora’s version will also be 7 1/2 x 40 but will use a Mexican San Andrés wrapper over an Ecuadoran Sumatra binder and a blend of fillers from Brazil, Nicaragua and the Dominican Republic.

Production is being limited to 1,000 boxes, with the first 700 being released on Miranda’s birthday. The plans for the remaining 300 boxes have not been disclosed as of this time. The MSRP for this limited edition cigar is around $14 per cigar and $168 per box.

News of the project first surfaced in early October, when Miami Cigar & Co.’s Barry Stein tweeted that he was working on the project with Jason Wood and Hector Paz, the company’s vice president and sales director, respectively.

In January of 2013, a press release confirmed the details:

January 7, 2013 (Miami, FL) – For Nestor Miranda’s 70th birthday on Valentine’s Day 2/14/13 the most interesting man in the cigar business is set to release a commemorative cigar for this historic milestone in his life.

The “Nestor Miranda 70th LE” will be released as a lancero cigar from the two factories that Nestor has had a tremendous relationship with over the years. The boxes of 12 cigars will feature 6 from the My Father Factory in Nicaragua and 6 from La Aurora in the Dominican Republic.

The cigars from Esteli, will feature a dark Habano wrapper over Nicaraguan fillers while its counterpart from Santiago will feature a Mexican San Andreas. Both cigars are Medium to Full and showcase the best from both regions.

The cigars will be packaged in a keepsake box that resembles a car Nestor has always admired. The body of the car will lift off the frame revealing three rows of 4 cigars in the chassis of the classic automobile. Only 1,000 individually numbered boxes will be made, with 700 being released initially. The remaining 300 will remain in the humidor at Miami Cigar & Company to be released at a later date.

According to Jason Wood, Vice President of Miami Cigar & Company, “We wanted to do something special for Nestor and create a keepsake at the same time. Nestor has always strived for the best, and we believe this cigar is up to the challenge.”

The “Nestor Miranda 70th LE” will make its debut over the course of two days at a series of events in New Mexico at Monte’s of Albuquerque on February 9th and 10th, 2013. The national release of the cigar will be on his birthday, February 14th and will retail for $14.00 a stick before local taxes.

Here’s a picture of the automobile container the cigars come in: 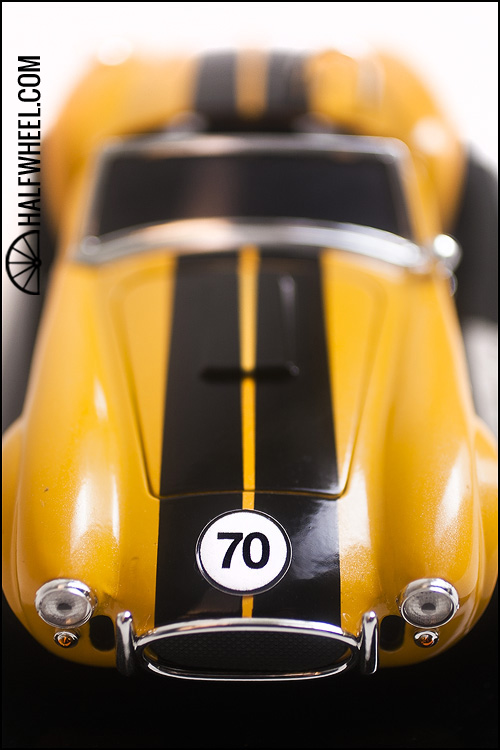 *Only 700 of the 1,000 total containers were released in February of 2013, with the remainder to be released at a later date. Each box contains a total of 12 cigars, six of each blend.

The cigar is a wonderful specimen with a dark mocha brown wrapper that is relatively smooth to the touch and has a bit of oil on it. There are a few veins present, but they are not overly distracting and the fan cap is a nice touch. The triple cap is flawless and it has the perfect amount of resistance when squeezed. Aroma coming off of the wrapper is dense espresso, chocolate, hay, pepper and a touch of cedar.

The first third of the Nestor Miranda 70th Nicaragua starts off with notes of dark chocolate, coffee, oak, cinnamon and earth. There is a wonderful and distinct molasses sweetness underneath the rest of the flavors and it only gets stronger during the first third. The black pepper on the retrohale is so strong for the first few puffs it makes my eyes water—and while the strength starts to dissipate quickly—it is still quite strong throughout the first third. There is some noticeable spice on the tongue. Smoke production is impressive and both the burn and draw are excellent. The overall strength ends the first third firmly in the medium range. Coming into the second third of the Lancero, the persistent molasses sweetness has gotten stronger becoming a major part of the profile and combining very well with the black pepper on the retrohale. Other notes of espresso, dark chocolate, earth and leather flit in and out, and the spice from the first third is totally gone by the midpoint of the cigar. Construction and smoke production are still wonderful. While the strength has increased noticeably, it is still in the medium category. The final third of the Nestor Miranda 70th Nicaragua has flavors of cedar, earth, chocolate, cinnamon, coffee and leather. While the sweetness has receded from the high point around the halfway point, it is still a major part of the profile until the end of the cigar. The black pepper on the retrohale is also less strong, but unlike the second third, there is a hint of spice on the tongue. The burn and draw continue to impress until the end, as does the smoke production. Overall strength ends somewhere between the medium and full categories, and it is an easy cigar to nub. I am always interested to try one of Pepín's Lanceros, as I think that some of his best blends over the years have come in that vitola and the Nestor Miranda 70th Nicaragua did not disappoint. Earthy and peppery with a wonderful—and continuously present—molasses sweetness that permeates the profile, this cigar kept me interested until the nub. Almost perfect construction was just icing on the cake. Yes, they are expensive, and yes, they are probably only going to be sold in the cars and not split up, but in my opinion, it is well worth the money to track down.