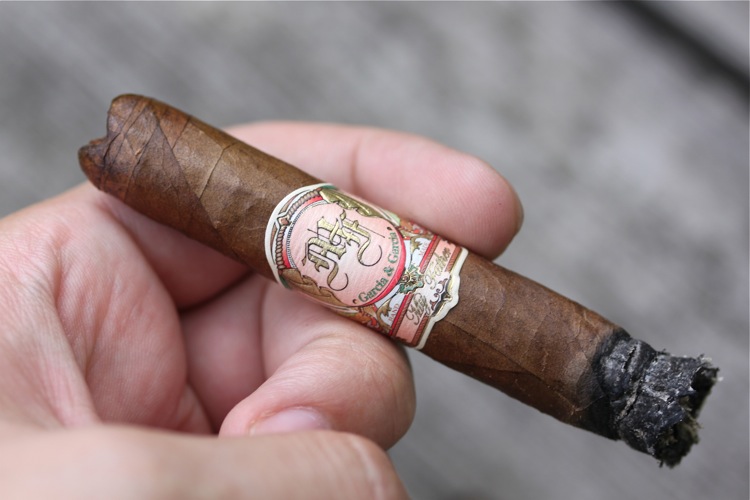 But you already reviewed the My Father No. 4? True. Is the review still up? Nope. My thoughts on the cigar haven’t changed, but I didn’t exactly do it justice ten months ago. So, to start off the Lancero50, I figured why not take one of the two staples of my Lancero rotation, the My Father No. 4. In addition, the fact that this is a traditional El Laguito No. 1 is another big plus given the general lack of tradition in the format today. After the jump, my most recent thoughts and images on the perhaps the most traditional non-Cuban Lancero on the market, the My Father No. 4. 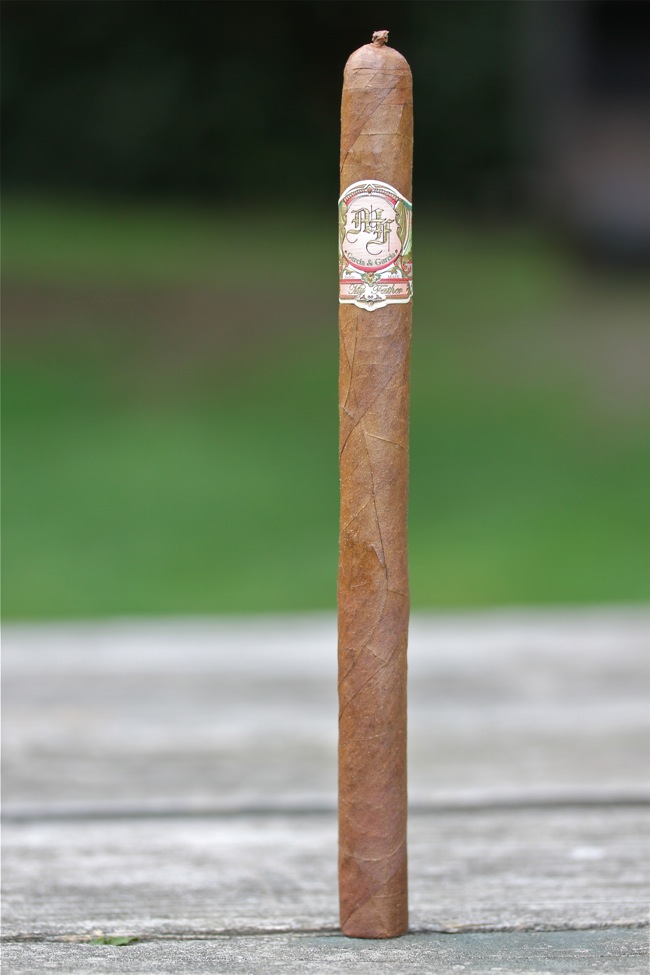 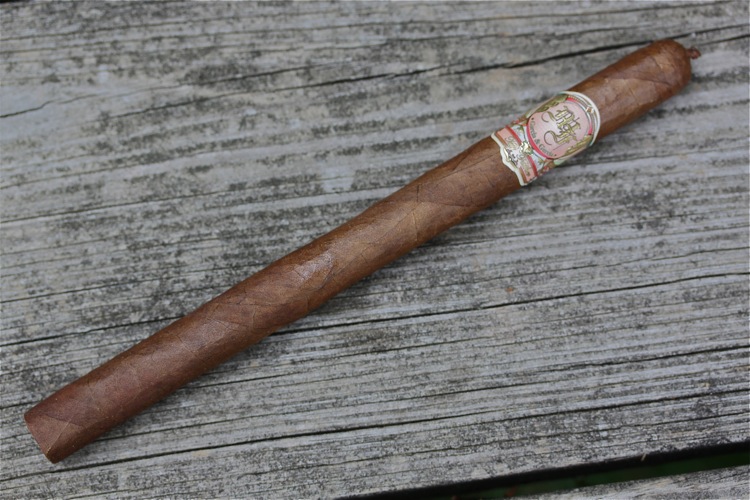 Today’s Smoke
Without a doubt, the man we refer to as “Pepín” is the single most influential person in this industry today. It’s to the point where I’m not sure there is any explanation needed as to why that’s the case. But for old time’s sake, we could point to José García’s brands, which continue to remain very successful; the factory, which is arguably the hottest in the industry along with Raíces Cubanas; his blends, which extend to countless clients; yet, where Pepín’s influence on this industry remains most prominent are the things that don’t bare his name. Triple caps, a focus on construction, a return to Cuban tradition not just in name — all of these, with the help of Tatuaje’s Pete Johnson, are now standard practice, taken for granted by most smokers. But there is a huge downside to the focus on Pete and Pepín, Jaime. The more one learns about the factory as an outsider, the more one begins to realize just how big Jaime García is in the industry. The crown jewel of his accomplishments is the My Father Cigars S.A., but as far as blends go, it’s hard to overlook the My Father. It’s been told like this: Jaime was working on a cigar by himself, his dad found out, Pepín tried a few, liked them, Jaime decided to name the cigar “My Father” and they were released. There are now seven My Father vitolas: No. 1, No. 2, No. 3, No. 4, No. 5, Cedros Cervantes and Cedros Eminentes. Three other releases (My Father 1922 Le Bijou, My Father Limited Edition 2010, My Father Limited Edition 2011) carry the same band, yet they are all different blends. There’s also the Baseball Bats and Cuban Pipes, but I’m unsure as to what blend they are based on.

From the first glance, the My Father No. 4 shows off Pepín’s large influence. It’s a cross between a triple cap and a traditional pigtail, applied spectacularly time after time. The Ecuadorian Habano Rosado wrapper features plenty of cracks, although rarely are any ever noticed by my fingers. It’s a great hearty color with reds that balance out the appearance well, uniformly faded throughout. As always, out of the cellophane the Jaime García creation is full of leathers with baker’s cocoa and perfume in the background. Packing is average at best, and it’s relatively soft to the touch, but at least with this particular cigar, I’ve smoked enough to trust whoever is rolling them in Estelí. The foot of the My Father No. 4 exhibits a mustiness with hay, perfume and earth up front and leather cocoa in the back of the full aroma. 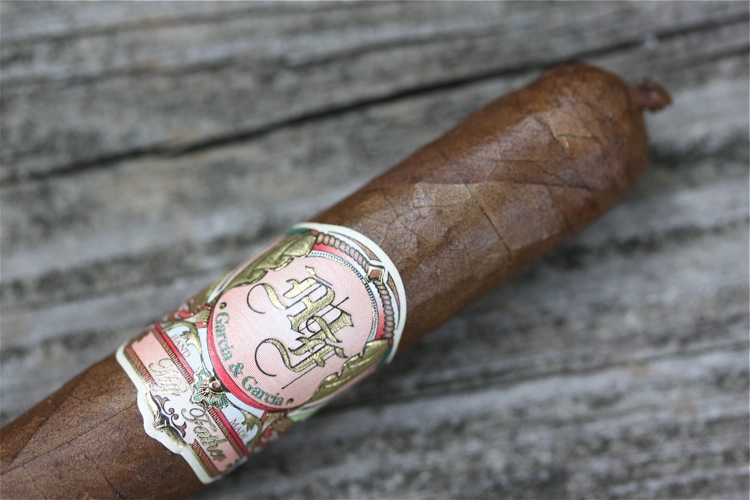 Lighting
I try my best to center the pigtail directly even in my Xikar XV cutter. One motion later and a fairly large chunk of the cigar is gone. Aroma from the cap is a sweet fruit and cocoa over leather, and then there’s the spice, lot’s of it. Cold draw is medium-loose, nothing new on this category as slightly open remains the signature of the My Father No. 4. Flavor is nuts, orange peel and leather, a touch of sweet milk cocoa, once again full. Anything more than a single flame is too much, but once the Colibri is done, the humid Carolina air is filled with nuts, espresso and cocoa. It begins with nuts and cocoa, transitioning into oak, a tirade of soft spices, black pepper and finishing with that pepper and cedar. 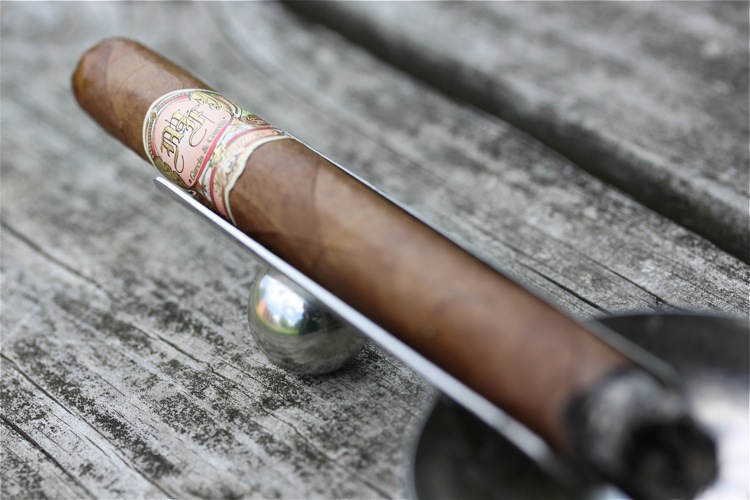 First Third
Cocoa, herbs and sweet cherry with hints of cedar and earth. It’s full and it’s a side of the My Father Cigars Factory rarely seen. Orange peel, earth, sweet cocoa and herbs; lengthy and still flavorful. Draw is dead center, what else is new. Burn is good, outside of the annoying half-inch chunks of dark ash that sporadicly fall off. My favorite part of the My Father No. 4 is, and has always been, the smoke production. It’s thick, grey, smooth and plentiful, and for the first portion of the Lancero, with an aroma of cherry, earth and cedar. 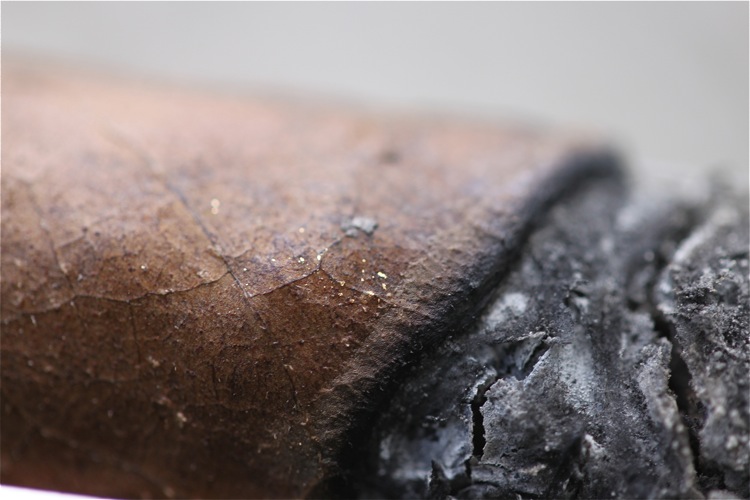 Second Third
Jaime’s creation takes on an earthier tone with cedar and herbs complimented by cherry and perfumes. Complexity is in the finish, which is perfume and oak over earth, herbs, graham cracker and grassy; full and lengthy, again. Draw? Not sure why we are still talking about this, still not budging from the middle. The burn improves, a bit straighter, although still not the prettiest of things. Strength is medium-full, but the second to last paragraph is probably a good read on that topic. Body hits its peak towards the end of the middle third, but it never gets close to ever leaving the range of full body. The picture above? That’s paint, gold flaking from the band, something that occasionally falls off in the cello landing (and sticking) onto the cigar itself. 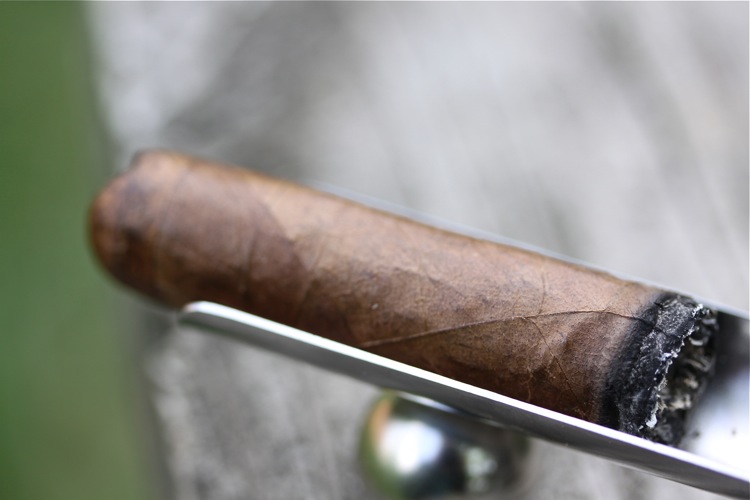 Final Third
Spin the roulette wheel and see what you get. The final third of the My Father No. 4 is a mystery. Sometimes it is overly woody, other times the cocoa note dominates, this time it’s an oaky note. Occasionally, the graham cracker note makes a reappearance and every once in a while a younger rendition produces some coffee bean. The finish is predictably unpredictable as well. Citrus notes, herbs and a cedar note seem to be the common theme, but that’s about it. Cherry, floral notes and caramel have also added themselves in the past to the seemingly never-ending list of flavors that is the My Father No. 4. When I am lucky, I can get the ash to hold to the two inch mark, but it still seems prone to falling off whenever it pleases.

For the Novice I cannot think of a cigar that masks its strength in the first two-thirds better than the My Father No. 4. The nicotine build-up seems to become lethal to the empty stomach commonly in the final third. I’d like to say that this cigar could be smoked by all smokers, because flavor and construction (sans ash) are some of the best in the Lancero world today, but strength-wise, it’s simply too much. 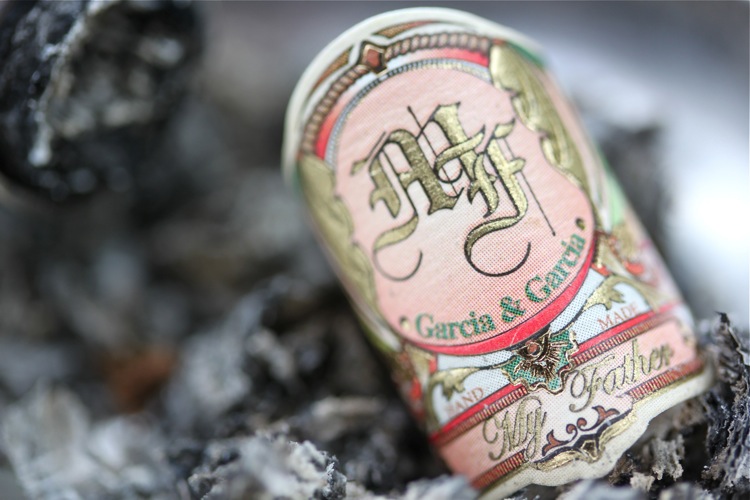 In the End
The My Father No. 4 is one of two of what I would consider my “go-to Lanceros.” While my favorite portion is the smoke, the greatest attribute of the Nicaraguan Lancero is its smokeability. Young or aged; these smoke great. The flavor profile changes, but each time it exhibits flavors that are rather reminiscent of Cuba. Absent the zing and with a bit of twang, the My Father No. 4 could easily pass as a Havana creation. My only gripe is the price, but it’s a price I’ll pay time and time again.