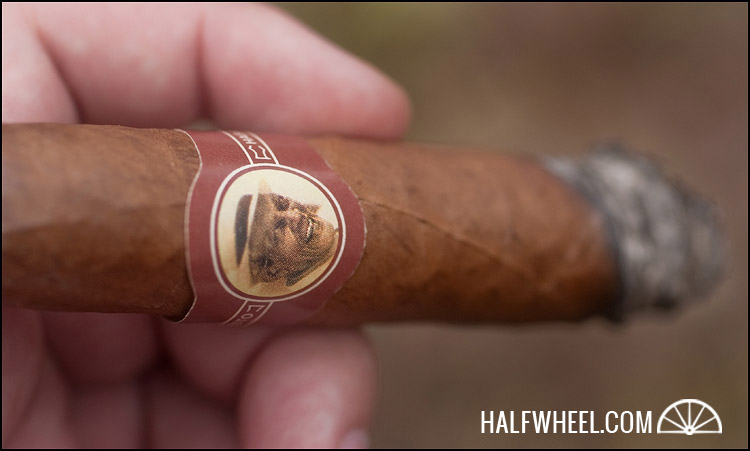 In 2002, Habanos S.A. announced the release of a new release made to commemorate the 95th birthday of one of Cuba’s most famous icons, Máximo Francisco Repilado Muñoz, better known as Compay Segundo. His 2003 obituary in the New York Times reads:

Compay Segundo, the salty Cuban singer and guitarist who rose to global fame in his 90’s as the eldest of the elder musical statesmen featured on the album and film “Buena Vista Social Club,” died on Sunday at his home in Havana, an official at his record company in Spain said. He was 95. Mr. Segundo was the most accomplished of the dozen or so Cuban musicians gathered in Havana in 1996 by the American producer Ry Cooder for a recording session meant to recapture the lost music of Havana’s pre-Revolutionary nightclub scene, the golden age of an African-influenced style called son. “Compay was what is left of the real son,” Mr. Cooder said. “He had the feeling of it, the essence.” Mr. Segundo was nearing 90 at the time of the “Buena Vista” sessions, but his rich and resonant baritone was undiluted, and his appearance in the film confirmed that his libido also remained intact. He bragged of being the father of five, and said with a mischievous grin that he was keen to sire a sixth. Born Máximo Francisco Repilado Muñoz, he got his stage name — Cuban slang for second compadre — from his specialty in low harmonies. But by the time of “Buena Vista” and his solo albums, Mr. Segundo was singing lead. The album and film of those sessions were both called “Buena Vista Social Club.” The album was released in 1997 by the British music company World Circuit, and distributed in the United States by Nonesuch; the film, directed by Wim Wenders, was released two years later. Both became worldwide hits and revitalized the careers of all the Cubans, most of whom had spent decades in menial jobs. Mr. Segundo had worked rolling cigars. Another, Ibrahim Ferrer, had been a shoeshiner.

Compay Segundo spent two decades beginning in the 1960s rolling cigars in the H. Upmann factory. He claims that he rolled 150 Montecristo No.4s a day, although his favorite cigar was allegedly the H. Upmann No.4. He continued to roll cigars for himself after leaving the factory after his retirement in 1970 (or 1972 depending on whose account you read.) He was quoted in the Daily Telegraph reminiscing on his time working at H. Upmannand of cigars in general, saying:

It was a blessed time… I would work in the factory, and when the musicians needed me they would telephone me. This allowed me to pursue the two activities at the same time without any problem. For me the cigar is just as important and indispensable as my life.

Here is a picture of Compay Segundo smoking a cigar he allegedly rolled: 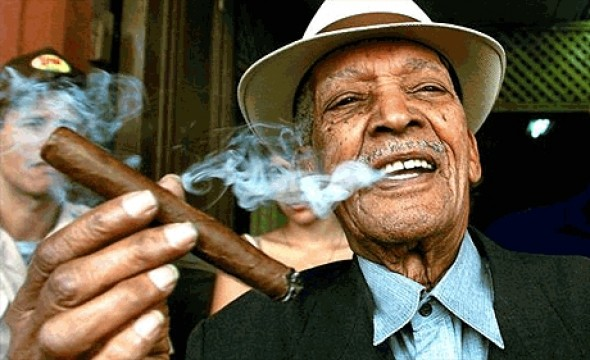 While the Montecristo Salomones II was a new size to the brand, the Montecristo No.4 is a regular production size. There isn’t confirmation on rumors of whether these are in fact different blends, but more on that below. While this is still a fairly small release, it’s by no means the smallest Habanos release of recent memory. However, this release for whatever reason is rarely offered for sale, whether in singles or full units, particularly in public channels. The Montecristo Compay 95 Aniversario is actually the second of three different Habanos releases that have honored Compay Segundo in some form:

Shortly before his passing in November of 2003, Habanos S.A. presented Compay Segundo with a humidor, the press release reads:

Montecristo Compay 95th Anniversary.April 9, 2003 — Habanos S.A. takes pleasure in introducing the MONTECRISTO COMPAY 95th ANNIVERSARY HUMIDOR, a true work of art that has resulted from the expert hands and great skill of Cuban craftsmen. As a gift on his 95th birthday, the famous singer Compay Segundo received the commemorative humidor that is now presented in a special series of 95 numbered humidors bearing his name beside that of the famous brand. This humidor contains 95 cigars in two different vitolas (sizes):

While the first of these vitolas is the most sold all over the world, the second is a specialty of this brand, with sizes that correspond to a heavy ring gauge cigar that will delight the most demanding tastes. All Habanos included in this humidor bear the exclusive Montecristo cigar band with the face of Compay Segundo, which make them even more exclusive. Habanos S.A. will dedicate 20% of the income from the sale of these humidors to the art schools of Cuba. With this offer currently available at Casas del Habano, Habanos S.A. offers Habanos enthusiasts a unique opportunity to taste the traditional medium to full flavour of this brand in two excellent vitolas.

Here’s a picture of Compay Segundo with the humidor from the press release: 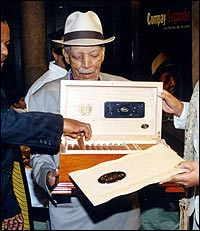 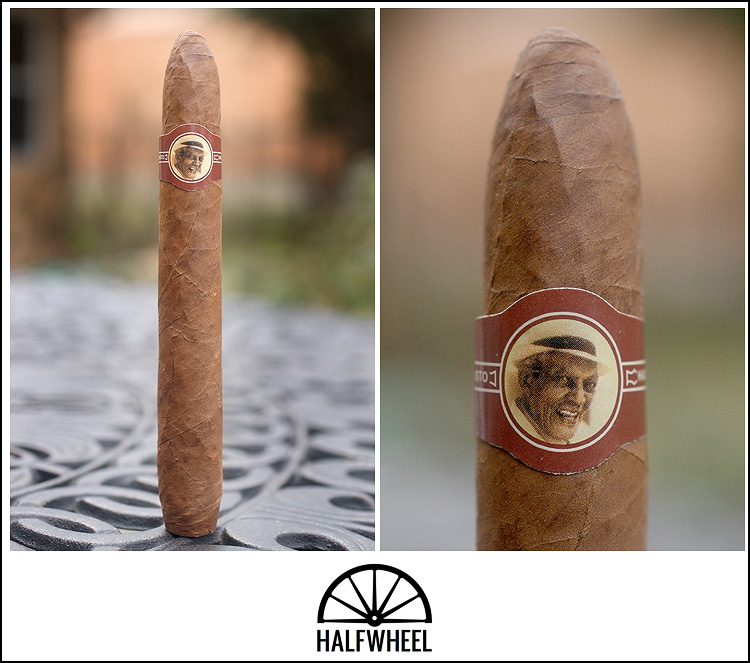 *The total release of the Montecristo Compay 95 Aniversario was 9,025 cigars, see notes above on production sizes.

The Salomones II vitola is an odd shape. There’s a good 46 RG at the bottom of the cigar and a soft Torpedo shape at the top. The wrapper of the special Montecristo looks like rough leather with a bit of reds. It’s not the prettiest wrapper you’ve seen, even for Cuba. There’s a bit of fading, but it’s still a great red. Aroma off the wrapper is a preview of what’s to come — tons of espresso, roasted nuts and earth. But then the party starts. Cold draw is beyond complex. The massive cigar delivers a highly developed mixture of hickory, a roasted twang, great meatiness and some sweet tang on the finish. It’s somewhere between medium-full and full and easily one of the most developed cold draws I’ve ever had.

The first third begins with a great coffee and then touches of an astonishingly bitter earth, roasted nuts and then some clean espresso. Twenty seconds in and there’s a soft developed black pepper. It’s medium-full, complex and long. A few minutes into the first third and flavor is insane. Each puff delivers that mixture of sweet tang, roasted nuts, espresso and aged tobacco, but then a minute after the smoke has left my mouth, a sweet cocoa begins a finish that will see the chocolate turn bitter, a rich coffee and citrus. The Montecristo Compay 95 Aniversario Salomones II produces smoke for a good three minutes after each puff, but it’s still not enough time. The flavor is still developing when I finally force myself to take a puff to prevent it from going out. 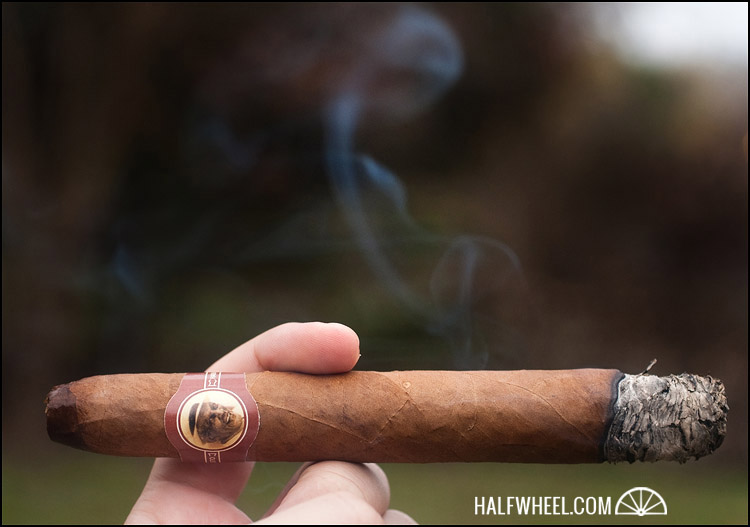 Into the second third and the smoke production increases. It was never really lacking, more a little above average in terms of volume, but it’s comforting considering the time I am taking with this. I would have been 100% content with the flavor being identical to the First Third, but apparently there’s more. The Second Third of the Montecristo is dominated by a mixture of earth and sweet caramel with the roasted nuts, bitter cocoa and espresso taking more of secondary roles. Pepper is present in the beginning, but it cleanly fades into the background. The early 2000s were not the greatest time in Cuba’s history in regards to construction — that’s not on display here. For the Salomones II, the draw is great, smoke production at this point is right where it needs to be and two inches of ash at a fairly consistent rate without much effort.

Much like the second third, I’d be content with this not changing, but again it has more. Immediately into the final third a highly developed meatiness takes hold of the flavor profile joined by a darker twang, roasted nuts and earth. A few minutes in, an insane dark pepper that is more Nicaraguan-like joins the Montecristo. It’s not all roses and butterflies. An inch and a quarter left and my dream ends. Finally, the cigar begins to give up, a bit too much youth, a bit too much time smoked and a bit too harsh for me. 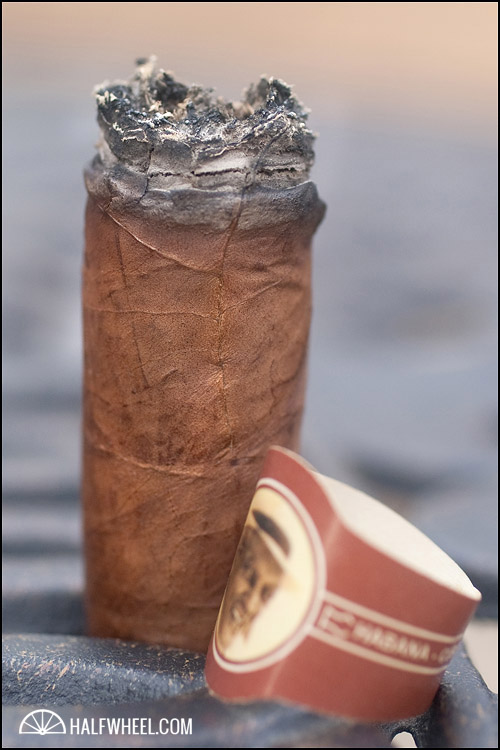 Brooks Whittington and I were having a conversation towards the end of this cigar about who makes the best cigar. I told him, ultimately, I think when Cuba wants to, they cannot be beat. Examples like the Cohiba Gran Reserva and the Montecristo Compay 95 Aniversario Salomones II prove that in no holds bar situations, Cuba can produce legends. I stand by the belief that this is not a normal Montecristo blend and while I'm not sure I'd shell out the $200 or so that would likely be needed to get a single at this point, if I was going to spend $200 on a cigar, this would be in the running. I have no clue what more age would do to the Montecristo Compay 95 Aniversario Salomones II, but they are smoking pretty well right now. The complexity and depth is so unique and makes this easily one of the top 10 cigars I've smoked.