At the IPCPR show in July 2013, General Cigar Co. announced a new release to commemorate the 45th Anniversary of the Macanudo brand which was founded in 1968. Named the Macanudo Estate Reserve, the inaugural release encompasses three different vitolas all with a Connecticut wrapper and Dominican tobacco for the filler and binder, each with only 30,000 cigars produced. Interestingly, it was also announced that the Estate Reserve line would also be an annual limited release, with a different blend each year.

The press release has more details:

Alan Willner, vice president of marketing for General Cigar said, “We are embarking on a new journey with Macanudo Estate Reserve. Guided by our intent to showcase the extraordinary range of flavors that can only be achieved by blending tobacco from the most limited of origins, the Estate Reserve series will feature an annually-released, limited edition blend made with tobaccos that have never before been considered for Macanudo or any other General Cigar brand.”

For this, the inaugural Macanudo Estate Reserve release, General Cigar’s artisans have sourced a delicate Connecticut Shade wrapper from an independent grower, and built an outstanding blend around it. Unlike any other Macanudo cigar, the binder and filler are strictly Dominican, cultivated throughout the island, and aged for at least 8 to 10 years under the watchful eyes of seasoned tobacco experts.

Three super-premium frontmarks will be released, each individually encased in wooden coffins and elegantly sealed with gold foil. The rarity of the cigar’s tobaccos has limited production to just 3,000 boxes per size. Upon depletion of the debut Macanudo Estate Reserve collection, the blend will be retired.
Macanudo Estate Reserve will be available beginning in October.

There were three different vitolas in the Macanudo Estate Reserve line up at launch. They are:

The 10-count boxes that the Macanudo Estate Reserve coffins come in is made of solid mahogany and look like this: 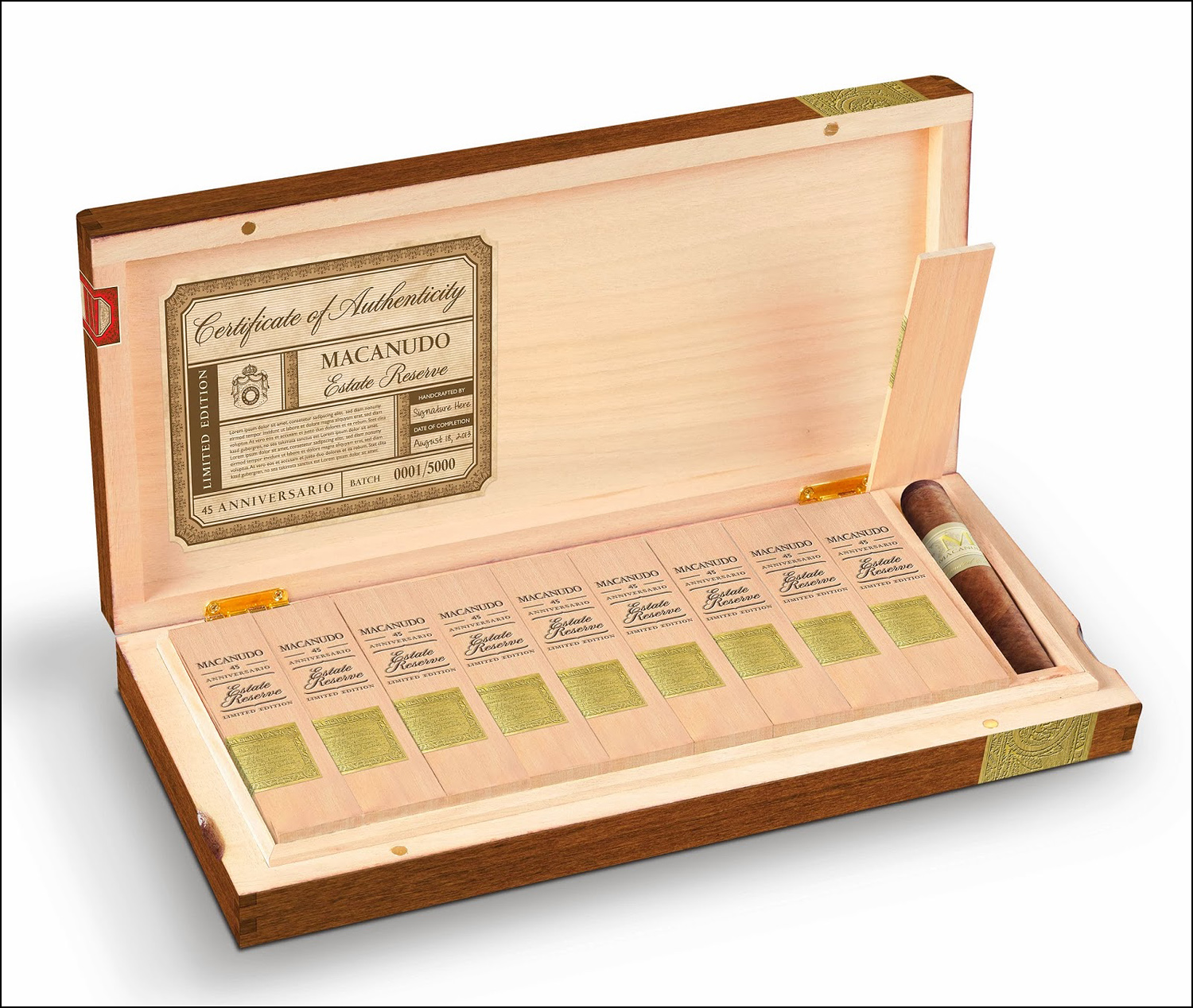 Each of the Macanudo Estate Reserve come enclosed in individual coffins that are sealed with gold foil. When the lid is opened, the cigars are elevated out of the coffin and look like this: 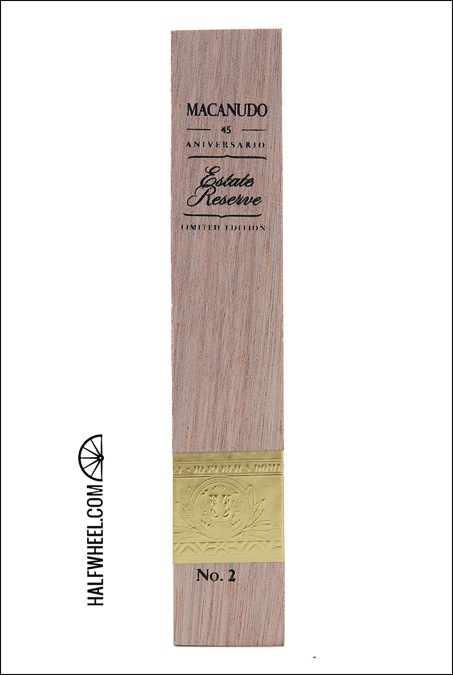 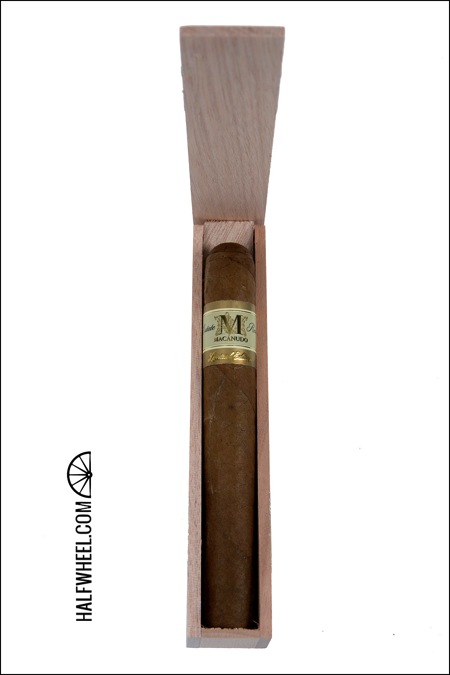 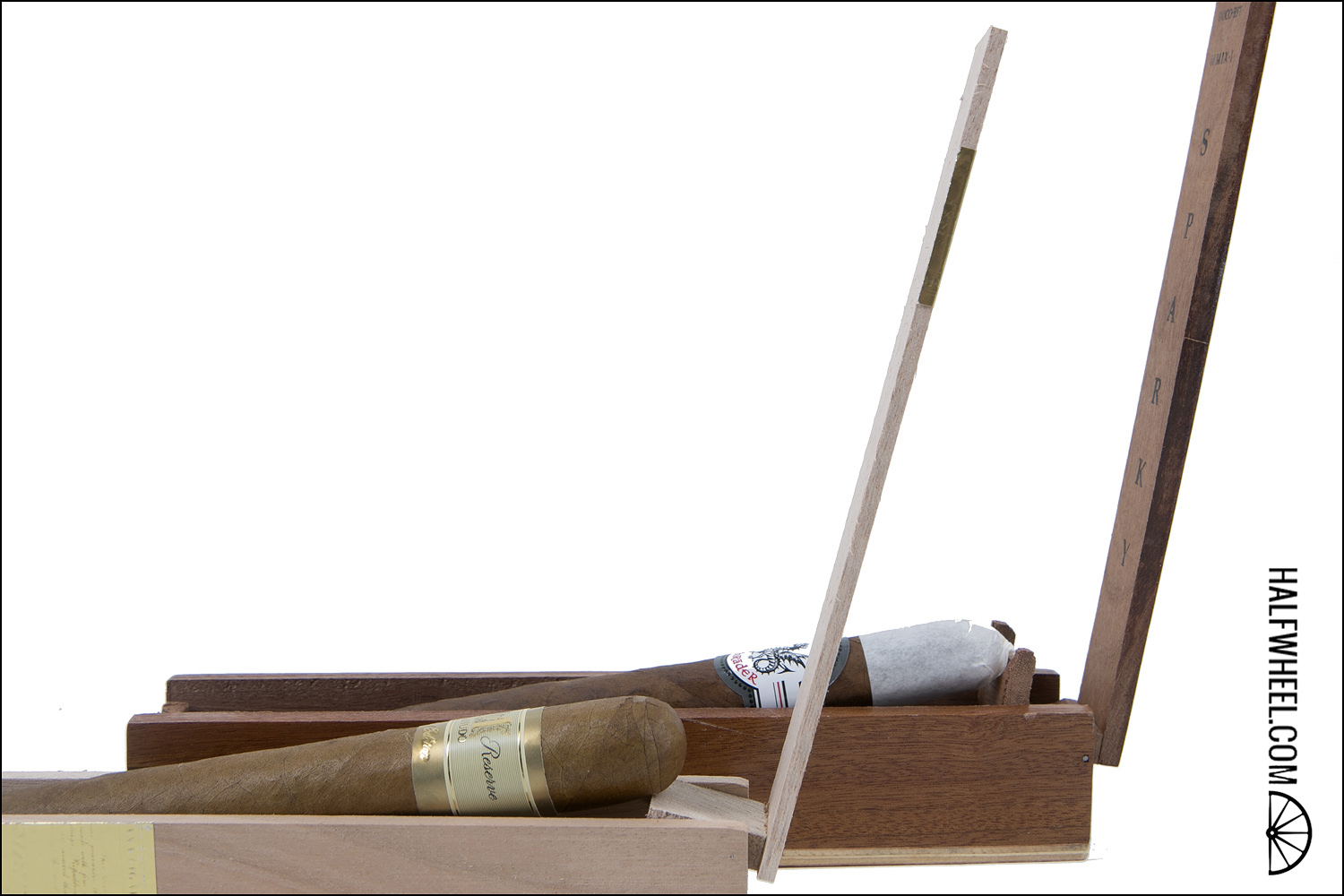 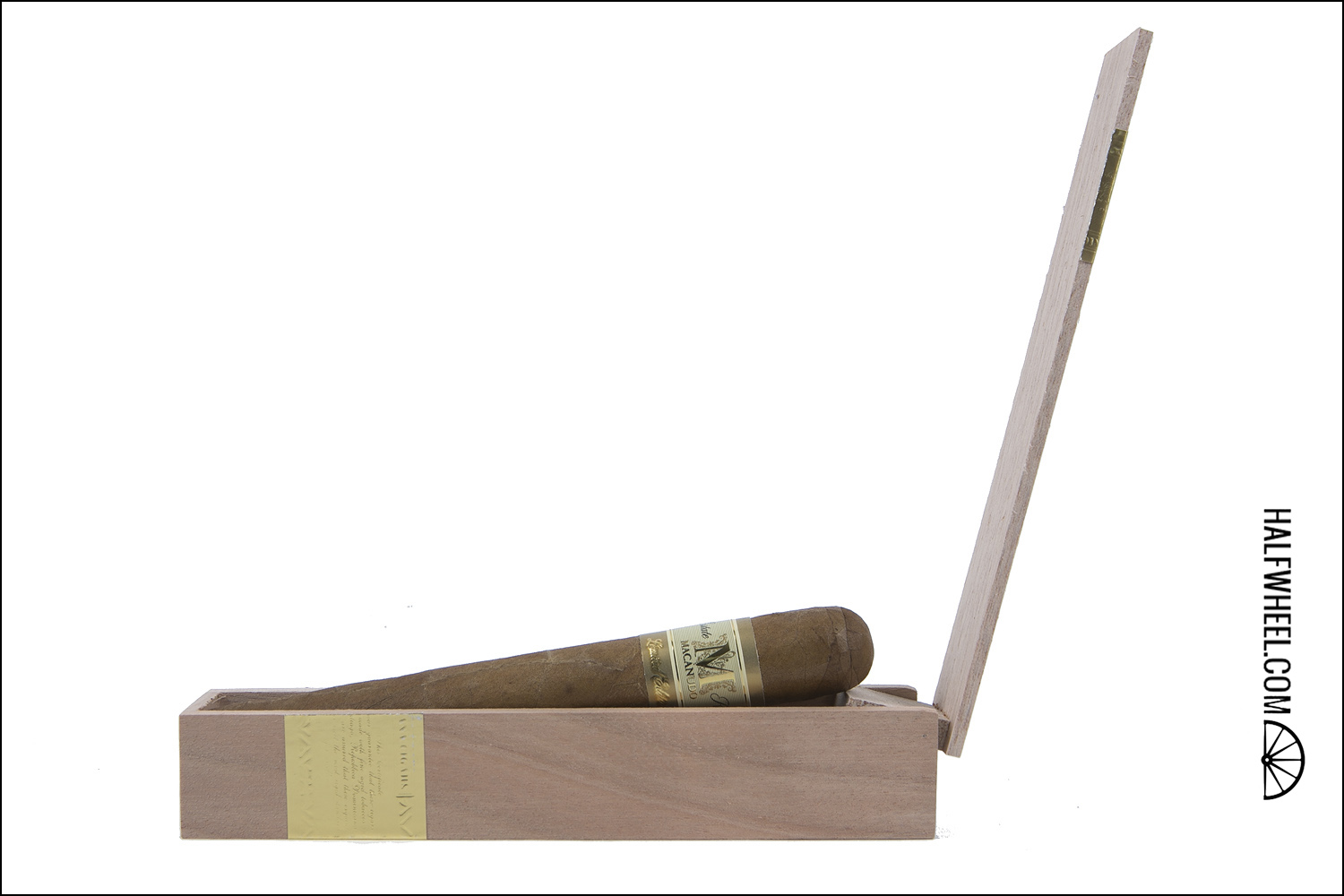 The Macanudo Estate Reserve is covered in a golden brown wrapper that is smooth to the touch, but has quite a few veins present up and down its lenth. The cap is slightly rounded at the top and it is quite hard when squeezed. Aroma coming from the wrapper is a combination of sweet chocolate, nutmeg, cinnamon and cedar and leather. The cold draw has notes of creamy cedar, sweet spice and leather, but no spice or pepper at all.

The first few puffs of the Macanudo Estate Reserve are a complete opposite from the smell and the cold draw with simple tobacco, leather, oak, earth and a bitterness on the palate that is strong for the first few puffs, then recedes somewhat to a background note. There is no sweetness at all at this point, but the profile turns creamy in general after the bitterness fades a bit. The ash is a very light gray and almost totally seamless, while the smoke production is about average. Construction-wise, both the burn and the draw are excellent so far, but the strength does not go higher than a slightly stronger mild by the end of the first third. 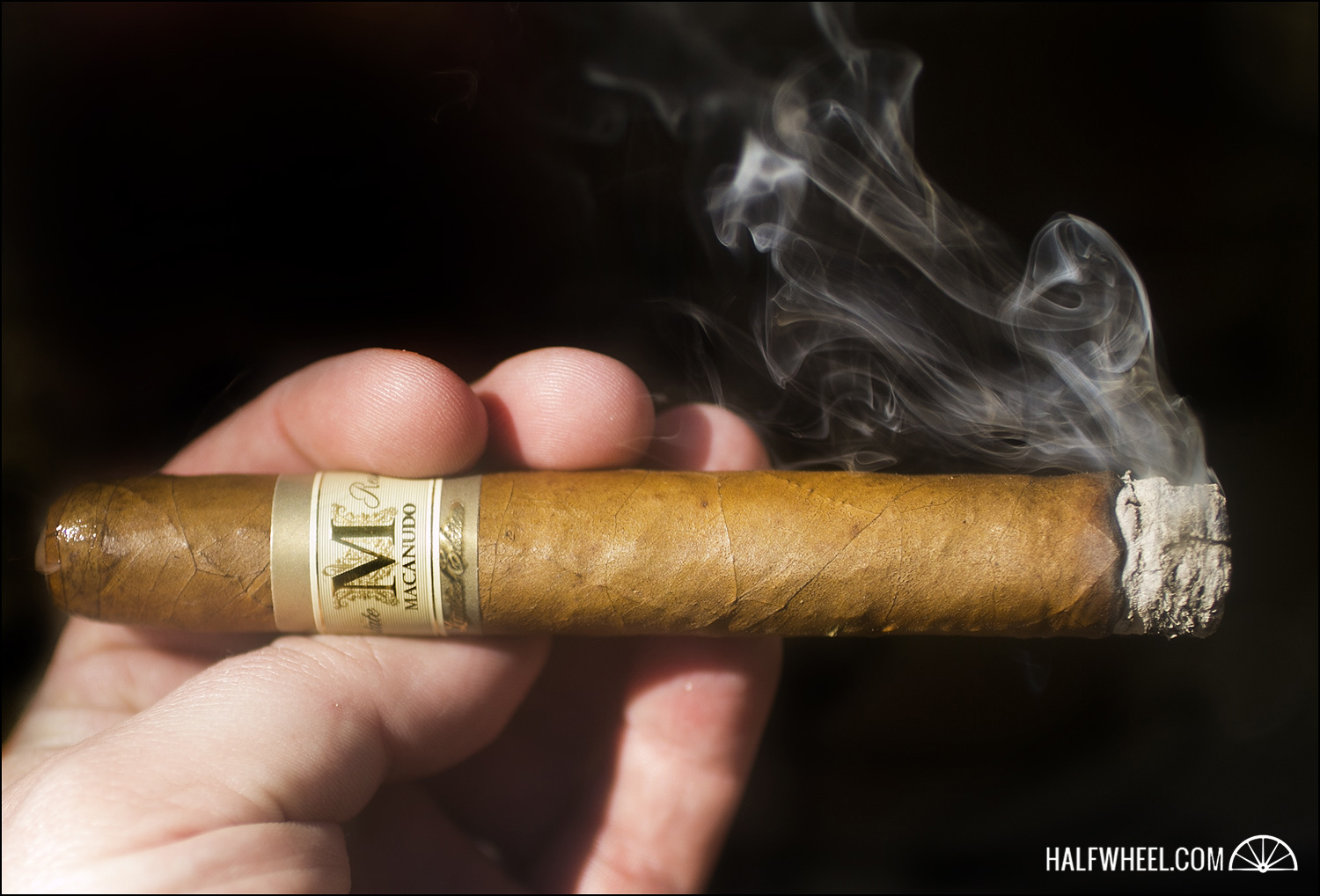 Thankfully, things change for the better at the start to the second third of the Macanudo Estate Reserve, and while the bitterness is still present on the finish, I am starting to pick up a nice vanilla sweetness on the retrohale, along with a slightly more creamy profile overall. The other flavors have not changed much, with oak, earth, nuts, tobacco and leather leading the way, and there is a tiny amount of white pepper that is slowly creeping in on the tail end of the second third. Both the burn and the draw continue to impress me and the smoke production seems to have picked up just a bit, but the strength is still almost nonexistent, and ends the second third almost where it began, well short of the medium mark. 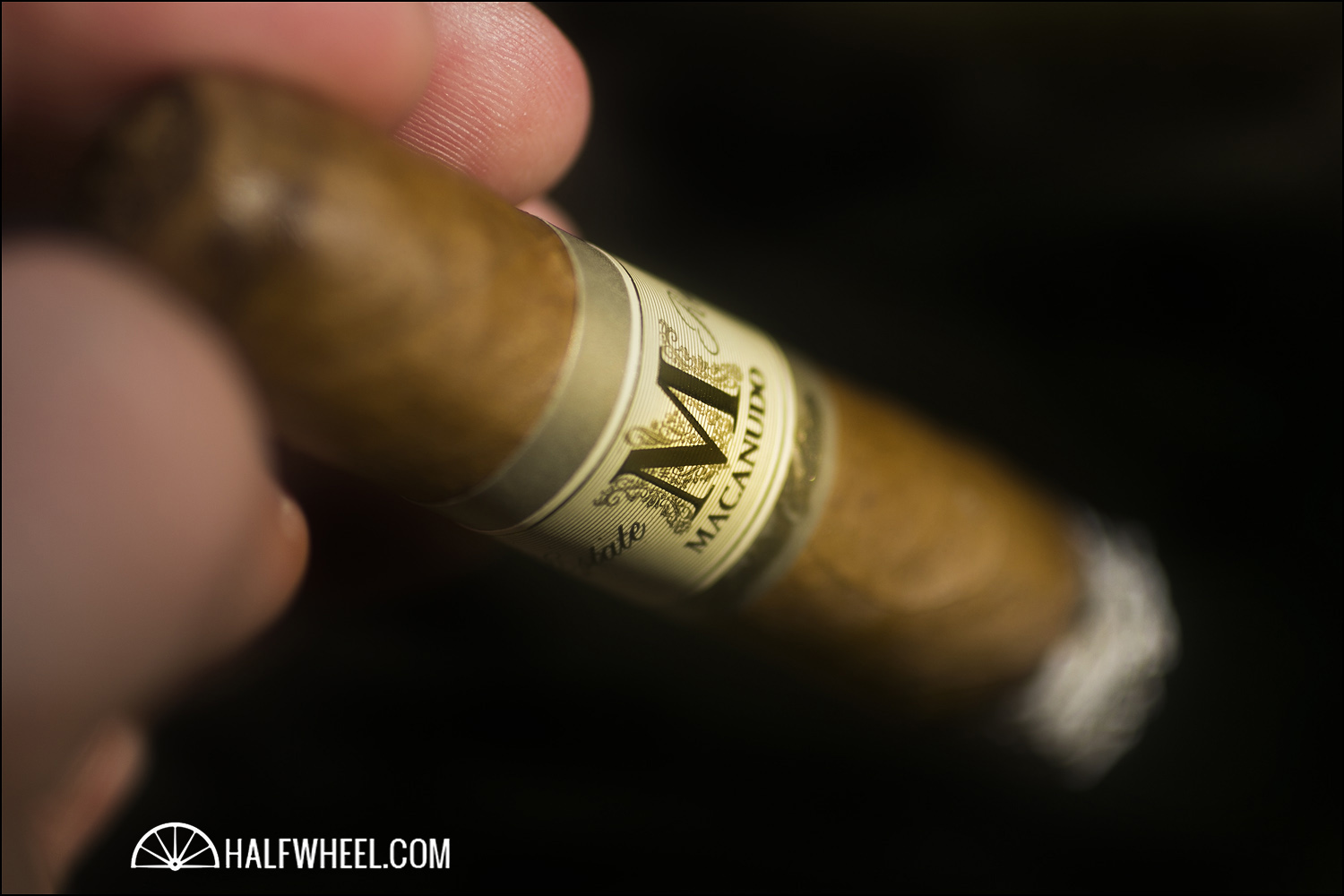 The final third of the Macanudo Estate Reserve are almost a carbon copy of the second third, albeit with even less bitterness and an added slight nutmeg sweetness that comes and goes on the retrohale. While the white pepper sticks around until the end of the smoke, other flavors continue to fade in and out: oak, leather, tobacco, nuts and earth. The burn and draw remain almost perfect until the end, and smoke production actually increases just a bit as well. The overall strength inches up a little bit, but still falls well short of even breaching the medium mark by the time I put down the cigar with a little less than an inch left. 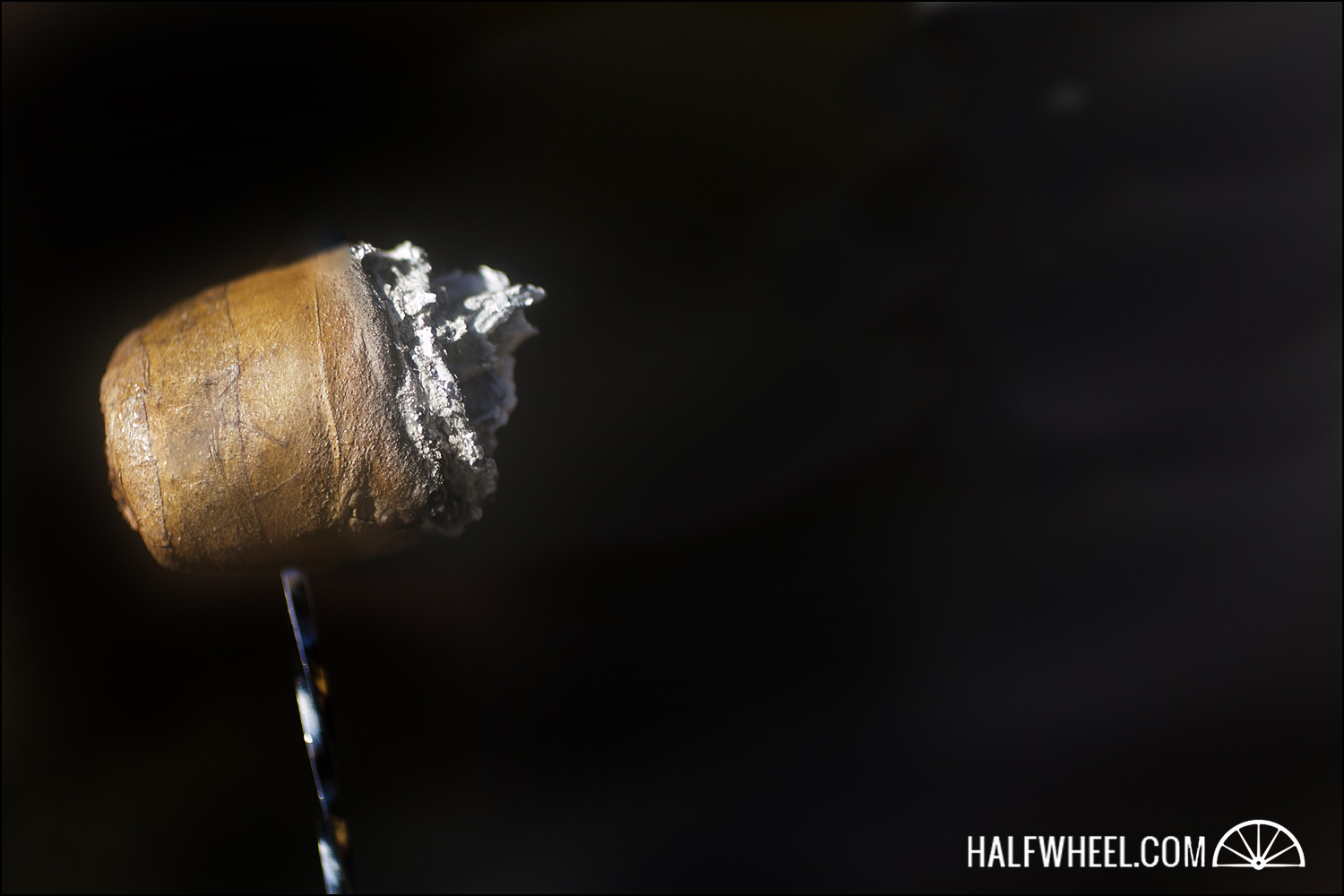 As a blend, the Macanudo Estate Reserve confounds me with its complete reversal of profile from the sweet and slightly spicy prelight aroma and flavors on the cold draw compared to the bitterness and one note flavors that I was assaulted with during the first third of the actual smoke. Yes, the flavors get better in the final two thirds, but even at its best, the profile is extremely one dimensional and lacking in nuance. In fact, the one major bright spot that I can see on this release is the construction, which was excellent on both samples that I smoked, never giving me a single problem. Although this cigar would work for a morning smoke if a little more time tames the bitterness in the first third, there are far better Connecticut shade wrapped cigars on the market, and most of them cost considerably less than the Macanudo Estate Reserve.