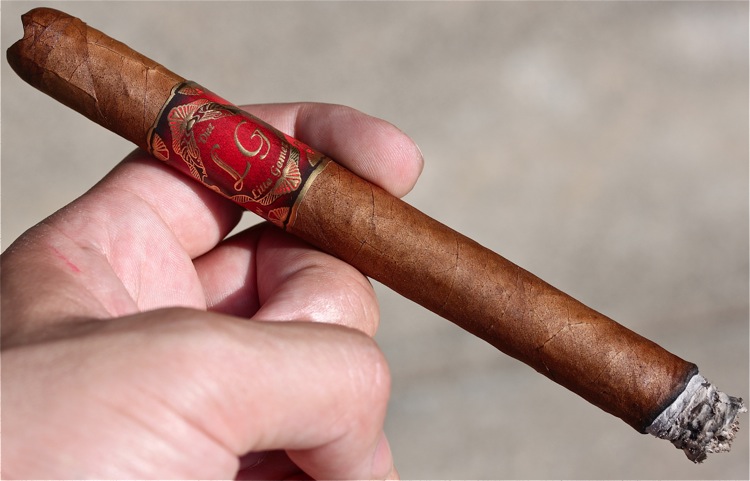 Litto Gomez, founder of La Flor Dominicana, is somewhat known for his liking of the Lancero size, so no one was shocked when Litto announced that he would add the format to the 2010 release of his signature Litto Gomez Diez line. Like a lot of other cigars, the LG Lancero became a constant candidate for the “out next month” tag. First it was May, then it was summer, then August; all of which translated into a mid-October release. Charlie Stahl has long wanted to see my thoughts on this, so much so I bought a few as I waited for him to send me the one photographed in this review. 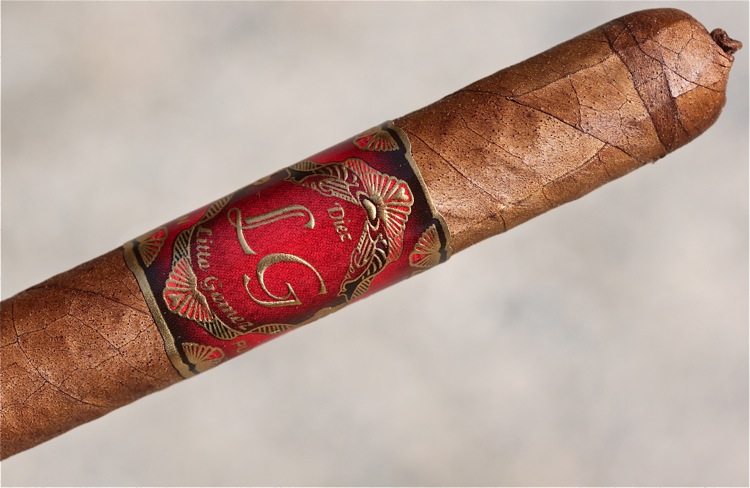 Today’s Smoke
What Litto did in 1999 with the Litto Gomez Diez line is severely underrated. To my knowledge it is the first single farm vintage in the modern era. Single farm vintage refers to the common wine practice where all of the crop, in this case tobacco, comes from the same farm and the same year. While Pete Johnson’s La Vérité project has gained most of the fame of late for the wine industry influences, Litto started a similar concept almost a decade earlier. As the La Flor Dominicana website reads:

In 1999, We challenged ourselves to produce a cigar that was made entirely with tobacco grown on our farm. We knew it was a difficult task, because it implied growing our own wrapper. The investment was big and the risk too. But the most difficult part was the waiting. The process of fermentation and aging took more years than we expected. We tested this blend month after month for three years. Just to be disappointed because it was not ready but at the same time happy because we would taste the progress. Finally the waiting is over, today we can celebrate this great achievement. The flavor and complexity of the LG’s are everything that we anticipated. We hope you enjoy these great cigars.

In 2003 the line was introduced (one year to harvest, three for fermentation/blending; in case you were confused by the math), but it took seven years for the Lancero to be made. The tobaccos used for the Lancero are from the 2006 crop from Litto’s field, La Canela. The Dominican wrapper is reminiscent of a light earthy tone with quite a bit of reds and sheen. Veins are spread out and relatively minor, spotless. Aroma is a mix of leather, cocoa, berries and roasted full. Packing is average, relatively firm to the touch. The foot gives off gingerbread, leather and earth; once again full. 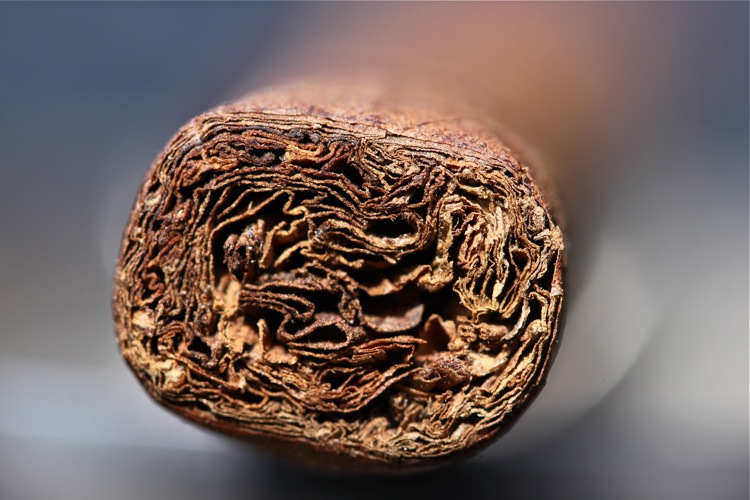 Lighting
After removing the top of the cap it’s burnt brownies and cedar notes with toasty fruits and spices. Cold draw is tight with some sweet brownie-like cocoa accompanied by fruits, cedar and toasty notes; full and clean. Lighting the slightly thicker than typical (39 RG instead of 38 RG) produces a mostly toasty notes with cocoa, fruits and woodsiness accompanying the toastiness. It starts a bit tight with some medium nuts going to a much stronger nut and cedar mix before finishing as sweet nuts with spices; medium-full and long.

First Third
It starts as a mix of peppers, toastiness and cocoa over cedar and caramel; medium-full. The Litto Gomez Diez presents pepper as a transition before turning into sweet cocoa and cedar; full and medium. Draw is tight limiting smoke production to only slightly above average with notes of earth and cocoa. On one of the three LG Diez Lanceros I smoked the smoke production was unbelievable, but the other two remained relatively tamed.

Second Third
The Litto Gomez Diez Lancero brings pepper to the forefront as its a bit harsher cocoa with cedars and vintage tobacco combining the full and balanced profile. Finish is a sweet earth, that similar harsh pepper and toastiness; full and medium in length. The draw doesn’t improve, but the smoke production picks up with an earthy note. Strength increases quite a bit from medium-full to full, while body continues to be full. Throughout all three I smoked, the construction of Tabacalera La Flor’s flagship creation shined, as inch long chunks of dark layered ash scattered the ashtray.

Final Third
An odd herbal cocoa note begins to dominate the LG Lancero, which is not becoming any cleaner. Cedar, earth and a pepper note that is constantly switching levels in terms of strength round out the last of the full flavor profile. Herbs, oak, earth and sweet tobacco comprise of the rest of the full, yet short finish. There’s not really a whole lot else to say: burn, smoke production and strength are all in the same place as before. With an inch left, things take a noticeable dive with draw and temperature becoming problems; but, I can’t really take points off for that.

For the Novice
No. Litto is not really one to make light sticks and this is no different. It’s too strong, a bit full-bodied (and not a smooth full-bodied); and just too much.

In the End
I’ve never been a huge fan of LFD, it’s just not for me. I do however like a lot of the LG line, but even after three attempts, I can’t say I’m sold on the Litto Gomez Diez Lancero. It’s just a bit rough for me. A lot of full-bodied cigars, particularly Dominicans have a smoothness to them, this just doesn’t. For those that like a more Nicaraguan profile, this is probably a good option, particularly given the lack of Nica in most of Nicaragua’s offerings.