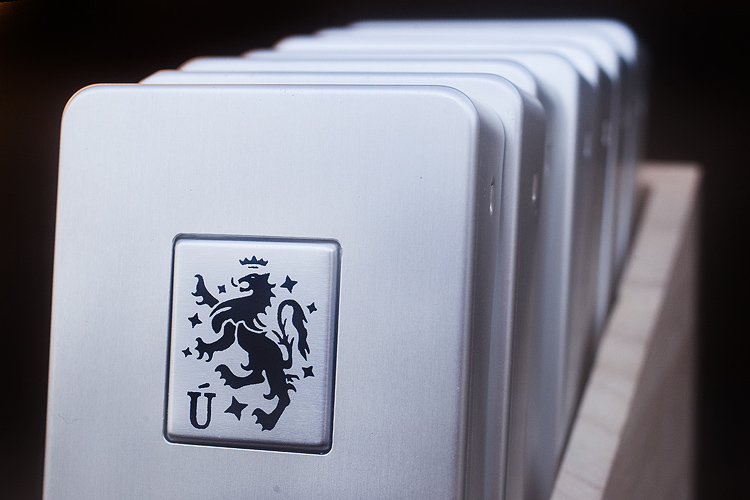 If I were to do a Top 10 list simply based off of the amount of a particular cigar I smoked in the past year, finding number one would be easy. Over the course of the last 15 months, I have smoked through bundles of the newest Liga Privada, the Único Serie Papas Fritas.

Eventually, there was some belief that Drew Estate could sell a smaller cigar with these cuts—which are produced as excess—made up of exclusively of Liga Privada-graded tobacco. For the company, this would presumably allow for a slightly higher profit on these cuts—which are of higher quality and thus more expensive than the tobacco that normally goes in La Vieja Habana—and provide consumers with another Liga Privada.

The Papas Fritas is a mixed-filler cigar, which uses the cuts as filler wrapped in a Brazilian binder underneath Connecticut Broadleaf #1 Darks, the same wrapper found on the Liga Privada No. 9.

Drew Estate’s Director of Tobaccos Nicholas Melillo—the same person behind the Dirty Rat—began working on the Papas Fritas well over a year ago. However, it wasn’t until about this time last year that the blend was finalized. This occurred after Drew Estate implemented a series of measures to make sure the mixture was precise.

Although “tripa corta” means “short filler”, these coronas are unlike any “sandwich” cigar ever created. All of the tobacco trimmings are individually hand sorted back into their original leaf variety and thickness, hand cut to be uniform in size and then are hand blended cigar by cigar to ensure consistency in flavor and aroma.

Drew Estate CEO Steve Saka began publicly, including this dropping hints about the blend around a year ago and the cigar was first shown off at IPCPR 2012. While we covered most of this in a news story back in July and the Drew Estates sales sheet describes Papas Fritas:

Our latest addition to the Liga Privada Único Serie, the “Papas Fritas” are handcrafted entirely from only the chaveta cuts of our dark Broadleaf capa and the rare Grade 1 filler tobacco trimmings created by the production of all our other famed Liga Privada blends, these coronas are arguably the finest “tripa corta” cigars ever made. What they may lack in beauty they more than make up for in satisfying flavor. Spicy, rich and delicious, they are named in honor of one of El Jefe’s favorite foods: French Fries! If we didn’t openly disclose these were tripa corta, it is unlikely anyone would know as they draw, burn and taste like any well- crafted long filler corona. The typical “Papas Fritas” provides up to a full 40 minutes of smoking pleasure and they even hold a 1+” ash!

Papas Fritas is being sold in tins of four, with an MSRP of $23.95 a tin or $5.99 per cigar. Retailers are shipped seven tins in a wooden sleeve. Saka—a noted enthusiast of Cuban cigars—based the tins off of old airplane packaging that was used decades ago for a few cigars.

And here’s what a sleeve of the Papas Fritas look like:

The Papas Fritas is the eighth of nine cigars to receive an official Único Serie band. 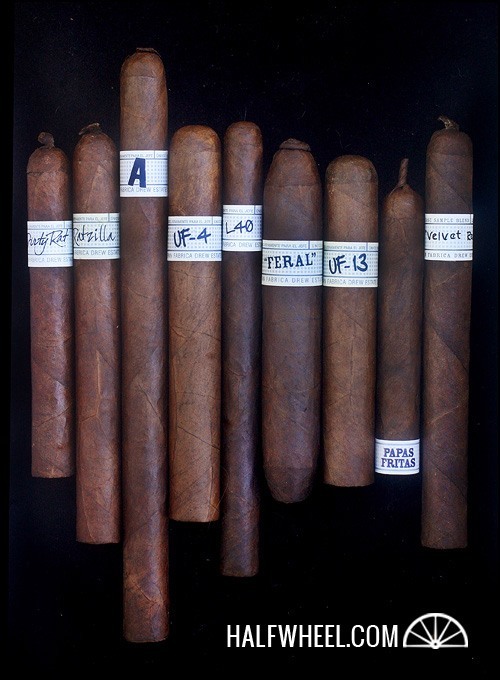 There’s a big erect tail, significantly different than the Dirty Rat. However, you could otherwise confuse this with a mini Broadleaf Dirty Rat. Across the Papas Fritas I’ve smoked, there are times in which the wrapper has imperfections that are a bit out of character with Liga Privada, but in general it’s largely what you would expect. Overall aroma is a smooth, sweet and full Broadleaf cocoa. From the cold draw there’s a typical mixture of big cocoa, leathers and a mild pepper, but there’s also a bit of candy notes.

The first third begins with a sweet pepper and cedar aroma and a great bread note. It’s something that seems to be happening after a few months of age, but it quickly is met by a large peppery cedar note three or four puffs in. Eventually, the flavors work themselves out to cedar and leather over touches of cocoa with a great red pepper on the back of throat. On the retrohale, the bread is still there. Draw and smoke production are Liga Privada-like, easy and massive respectively.

There’s a noticeable uptick in flavor from medium-full to full at the start of the second third. The core flavor profile of the Papas Fritas sees much more of the bread note, although the cedar and leather combination are still dominant with the pepper on the back. An interesting nuttiness develops on the finish, something that I don’t get in very many Liga Privadas and another characteristic of intermediate age. Throughout the initial two thirds, I’d put the strength at medium-full.

The final third sees the pepper creep from the back of the front into the forefront of the cigar with the cedar and leather notes. Fortunately, the bread note is able to provide a contrast that really adds to the complexity. On the retrohale, a generic sweetness is present, but it’s nowhere to be found in the mouth. I’ve smoked to the finger burning levels plenty of times, but with an inch left, I generally find myself moving on, as I do here.

This is not the most complex, flavorful, elegant or balanced Liga Privada. Subsequently, this is not the highest scoring Liga Privada, not even close. However, we don't really have a way to score functionality—and when it comes to that—Papas Fritas is the best. The price point—which we don't score—and the time it takes to smoke—which we also don't score—combine for what is functionally, the best Liga Privada. The reason why I've smoked hundreds is simple: Papas Fritas is quick, cheap and easy. If I get halfway through and need to toss one, I don't think about it. Absent an attempt at a Velvet Rat in this format, I can't see myself ever smoking more of a single Drew Estate product.