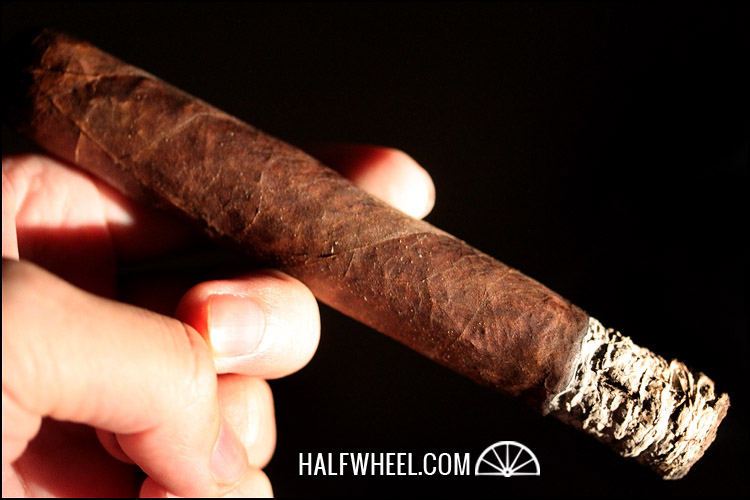 In July 2006, the Liga Privada No. 9 made its first public debut at Drew Estate’s RTDA booth. The story has been told numerous times, but just for kicks, here’s what Drew Estate President Steve Saka said about it back before it was commercially released:

Liga Privada No. 9 is the product of a cigar blend we started working on during the summer of 2005. The basic goal was to simply have the factory make -ME- a cigar I would like to smoke and would feel confident in handing out to my industry compadres. Kind of embarrassing being the prez of a cigar company that doesn’t make any cigars you really like…

Anyhow, this became a very big project that started off disasterously (sic), but began to shape up by the spring of 2006. Jonathan, Nicholas (Our Nica Director of Tobacco & Cigars) and myself developed well over 50+ blends in the process to find the perfect daily for me – the result is a 7 differrent vega blend with stalk cut No. 1 dark broadelaf capa that has been traditionally fermented. It is not a powerhouse, but strong enough to satisfy, very complex and lush – a combo of fuerte y suave.

Basically this cigar became the cigar that Jon, Nick and me smoke endlessly. I smoke 3 a day at least. Over the last year or so, we have probably gone through some 6,000 or so between our own consumption and sharing with others.

Everyone has been hassling us to release it for well over a year, but the problem is we are utilizing very specific tobaccos, certain prinmings of certain seeds grown at certain farms yaddy yaddy ya. We have spent the last year trying to secure the leaf required to make a limited release which I anticipate we will by this year’s RTDA. Maybe…

I really don’t care if we sell any of it – given the units producible the sales will be tiny. For me the cigar serves as proof to anyone doubts our ability to make a world class cigar that we can. As I have said before, it is more important to me to have enough for my own consumption rather than worry about the commercial viability of these.

The blend would be released at RTDA 2007 in a single size, a 6 x 52 Parejo that came packaged in cabinets of 48. Since then, the No. 9 line has been expanded, T52 was released, a few limited editions have popped up in the form of Flying Pigs (reviewed here and here), Dirty Rat, L40 and Feral Flying Pig have been added to the Ünico Serie line and a new line Único Fuerte (formerly known as MF) has been released in small quantities, mainly not commercially though.

Today’s version is what Steve Saka told me was the first batch of personal blends when they had finally nailed the blend. These are what is described as personal internal samples that were never released to the public, making them slightly older than what was seen at RTDA 2006. Ever wondered what No. 9 means? Saka explains:

The No. 9 is a reference to the fact that the final blend originated from the #9 base blend when we were creating the very first samples. There were two other base blends, the #3 & #4 that show promised, so we went on to create about 30+ other variations of the #3, #4 and #9 recipes. Ultimately it was something like “#9-A2X” that was chosen to be the final blend, but the number seemed a little silly to handwrite on every band, so we truncated back to just No. 9.

The Liga Privada No. 9 Parejo has been released to the public (in various forms) in seven different majoriterations by my count, all are the same blend and size:

*There have been other releases with other handwritten bands, but in terms of versions that were released in regularity, those are the seven. 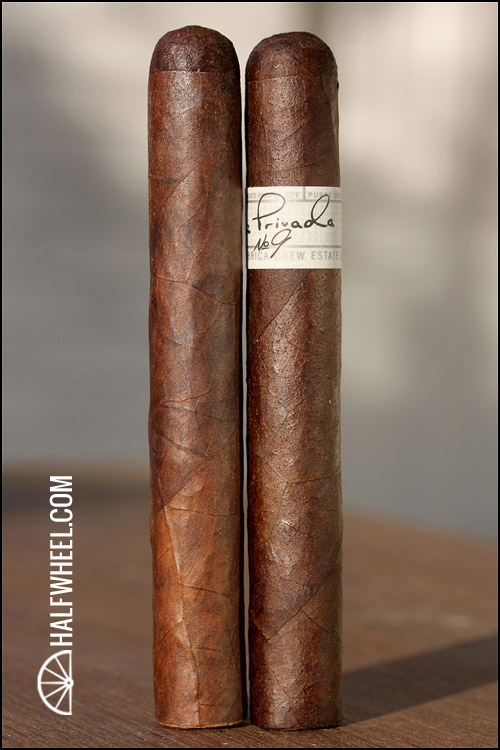 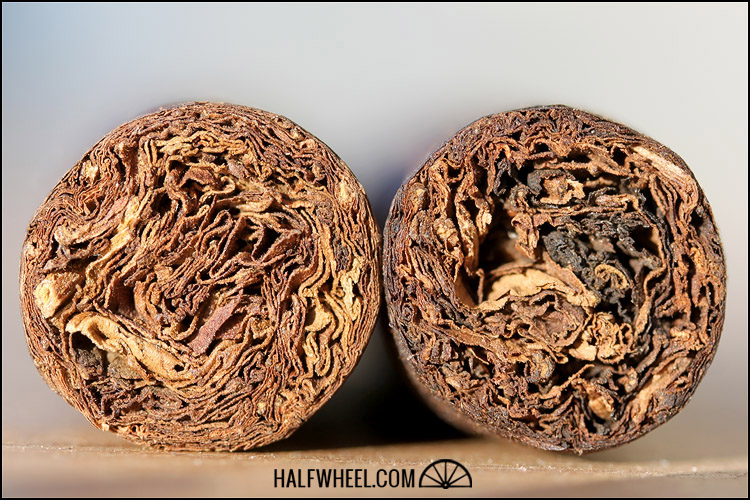 These cigars came from Steve Saka’s humidor and he was kind enough to include the original packaging, local Nicaraguan newspaper: 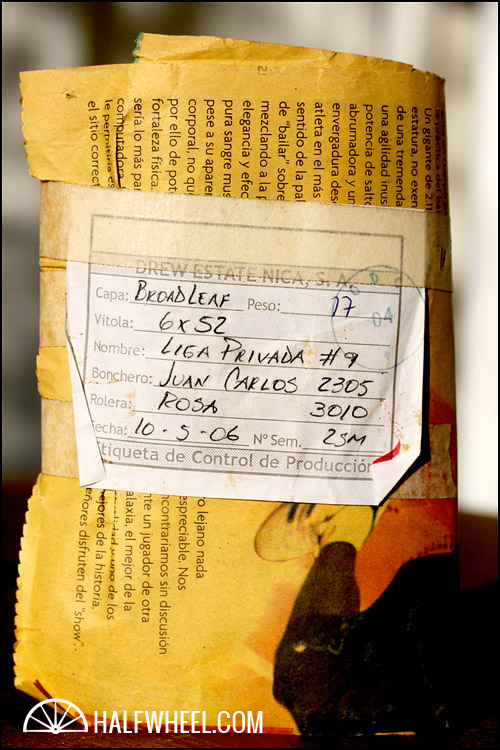 The date reads May 10, 2006 and I’m told that Juan Carlos is one of the best, if not the best, buncher (bunchero) at the factory. And the particulars. 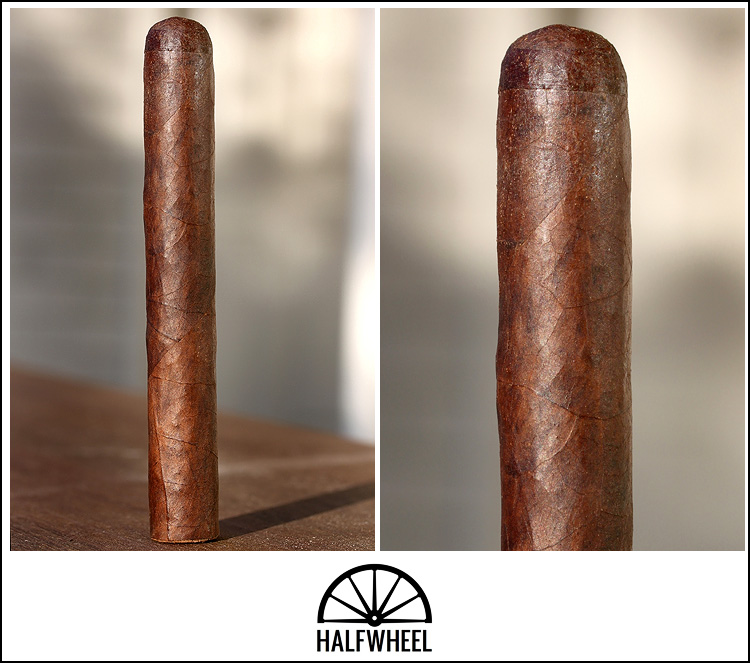 This rendition of the Liga Privada No. 9 Parejo is clearly aged. You don’t need to compare it next to a regular Liga to feel the difference. The wrappers do seem to have a slight thickness over the regular production one, but that’s a product of Drew Estate’s “bulk” buying process when it comes to the Broadleaf. There’s still quite a bit of oils on the great looking wrapper, although it’s oddly dry below the oils. Other than the dryness, it’s normal Liga Privada in appearance. Aroma is fairly mild for Liga Privada and also unique with just hints of toastiness and acidic cedar. The cold draw is also a bit unusual: dry with some cereal notes, cedar and a bit of black pepper. While it’s not the most sensible concoction of flavors in the world, it actually is complex, smooth and enjoyable.

The beginning of the first third starts with a hearty aroma. Initial draws of the aged Liga start with some sweetness, followed by a cedar, nuttiness and a touch of black pepper towards the end. It actually smells like a Liga Privada, but it doesn’t taste anything like what I normally get. It’s got a very pungent spiciness to it underneath the flavor profile. Three puffs in and it looks like a Carolina smoker — tons of smoke production with effortless draws. That’s sort of the end of normalcy as it’s rather mild overall with a sweet mixture of cedar and nuts over earth with touches of creaminess and a pepper restrained to the retrohale.

Of the two I smoked there was a bit of inconsistency in the second third. One of the original Parejos displayed a lot of pepper over sweet cedar and deep earth while the other one delivered some underlying sweetness dominated by that familiar spiciness. Midway through and they were roughly similar with the spiciness up front, a pepper and cedar mixture on the back of the throat and lots of earth. Retrohale delivers some meatiness and red wine, which are also notes I don’t normally get with Liga Privada and I definitely don’t find much in No. 9. 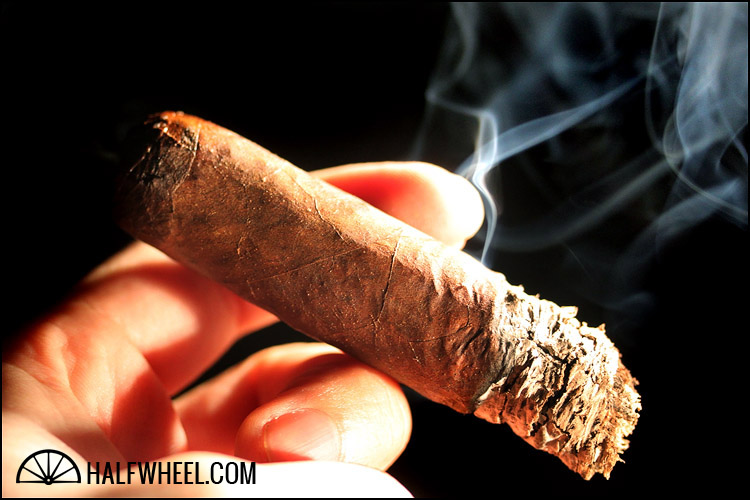 The final third is shocking in that there are some classic Liga notes. There’s a bit of cocoa, some sweet molasses, toastiness and a bit of creaminess. Strength is at this point medium plus, but the rest of the cigar seems very constrained. (See below.) Construction-wise, the Juan Carlos/Rosa pairing is doing phenomenal. Draw is dead center, tons of smoke production and even with an inch left the cigar doesn’t bitter or get hot, really the only part of this cigar that was truly reminiscent of Liga Privada from start to finish. 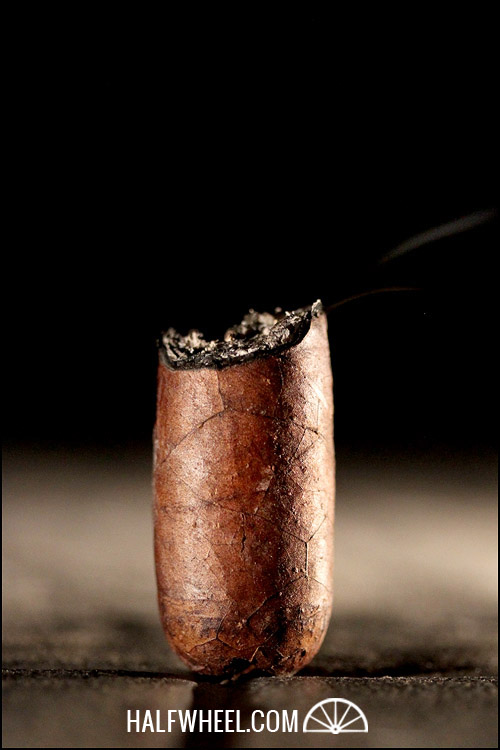 The reality is this cigar, in its current form, has lost a lot. The Liga Privada qualities are there at times, but are generally missed and what is there just doesn't really seem to mold well together or tell a story. With most of the big bold blends, aging has its limits. For a blend like Liga Privada, perhaps five and a half years is just too much. Nicholas Melillo said he wasn't surprised, explaining that the tobaccos continue to ferment, meaning they aren't going to perform like they were supposed to where they were released forever. To me, the only caveat here is that many blends go through points of aging were they aren't favorable, only to become better later on, much like a roller coaster. (Furthermore, this is all subjective when it comes to taste.) However, it would seem highly improbable that given where this is currently at, the Liga characteristics are going to come through more at any point in the future. Would I say this is better than a recent Liga Privada No. 9 Parejo I've had from a retailer? Absolutely not. The creamy and more subtle characteristics you hope to get during aging are muddled and not complimentary to the other flavors. I won't say Liga Privada aging mimics Padrón's higher-priced sticks,  nor will I say that three and a half years is the limit to Liga aging (Saka claims he wouldn't age a No. 9 longer than three years); but, if you have any original release Liga Privadas lying around, I'd be monitoring them with regularity in regards to how they are performing, because after this experience, to me, at the almost six year mark, there's a noticeable drop-off.