On November 19th, 2010, the La Sirena A, which means the mermaid in Spanish, was officially launched at an event at Casa de Montecristo in Chicago. Like the Nestor Miranda collection, La Sirena is a Miami Cigar & Co. brand made at Jaime García’s My Father Cigars S.A. factory in Estelí, Nicaragua.

There are six different vitolas in the La Sirena lineup so far:

While five vitolas are regular production, the A was a limited edition made for brand ambassador Arielle Ditkowich’s 25th birthday and her father Danny Ditkowich’s 50th. The A is actually in honor of her name, Arielle, as well as being the common name for the Cuban Gran Corona (9 1/4 x 47) vitola. Only 1,000 boxes of 10 cigars were made and they debuted on May 13, 2011 at a birthday celebration. 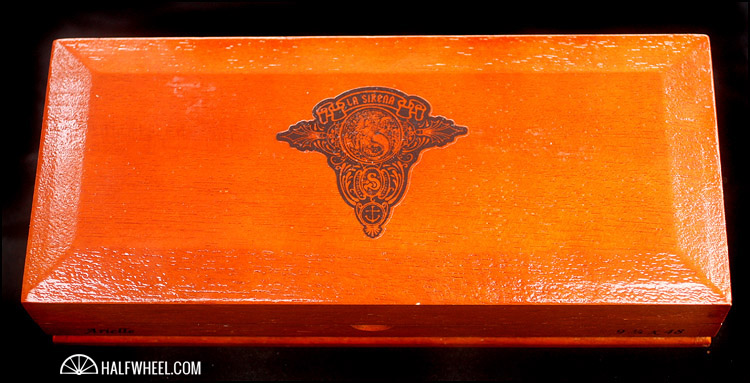 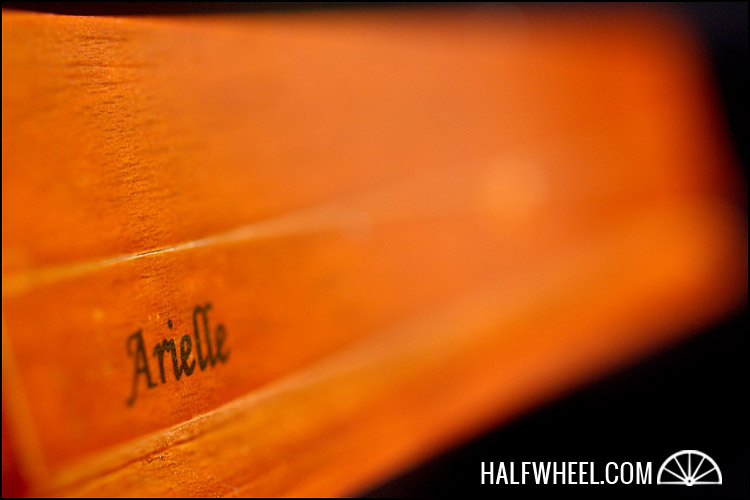 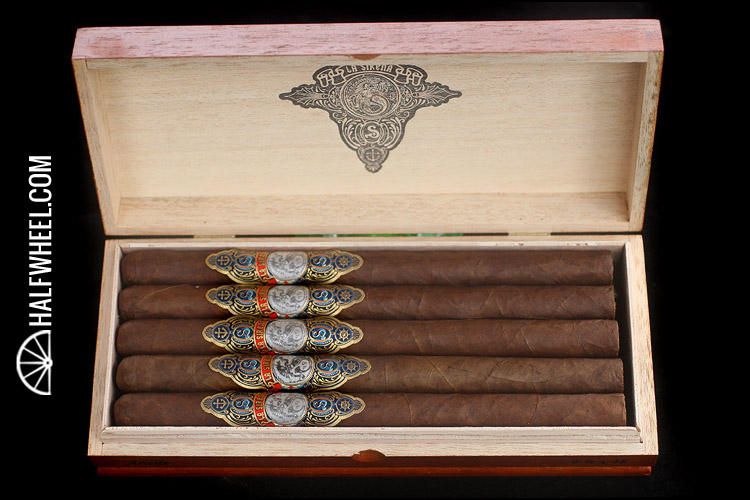 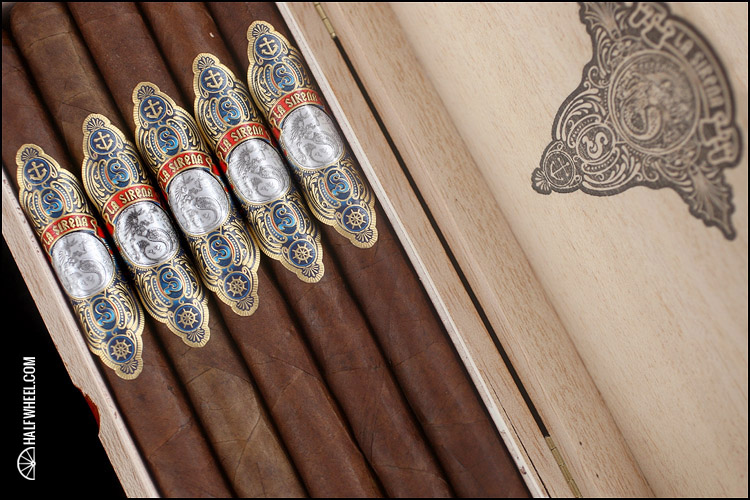 The La Sirena A is huge. It has a wonderful cinnamon brown wrapper that is rough to the touch with quite a few bumps and veins present. However, when squeezed the gigantic cigar is a bit soft. It has an immaculate triple cap and the wrapper smells strongly of chocolate, barnyard, leather, nuts and pepper. The band on every La Sirena is stupid large, albeit very nice looking, but actually looks fine on this large of a cigar.

The first third of the La Sirena A starts out with an extremely strong black pepper note both on the tongue and retrohale along with a tiny amount of spice. After 15 puffs, the pepper note settles in and other flavors of coca, leather, wood and a sour fruit note emerge. There is a nice sweetness underneath that seems to be gaining strength as the first third progresses. Construction is perfect, both in burn and draw, although the ash does not stay on long — no more than half inch before falling off. Strength starts out a solid medium and ends the first third that way, but is getting stronger.

There’s quite a bit less pepper as the La Sirena enters the second third. It’s now only on the retrohale and quite a bit more sweetness comes the forefront. Major notes are still pretty much the same: dark chocolate, leather, cedar. I still can’t identify the fruit I am tasting, but it is still sweet and sour at different points. Construction is still extremely good on all fronts and the strength continues to increase, to just under the full mark by the end of the second third. The final third of the A changes yet again, at least in the dominant note. While the other flavors are still around to varying degrees particularly the leather, the main profile is a hearty meaty note that really combines well with the sweet fruit and continues until the end of the cigar. Construction ends the way it began, perfect. In addition, the strength continues to increase for the entire cigar and easily makes it in the full category by the time I put the nub down. There is no mistaking this is a Pepín blend from the initial blast of black pepper to the considerable strength of the smoke. Usually with cigars of this size, I am concerned about the profile getting monotonous and stale, but that just did not happen with the La Sirena A. It was extremely flavorful, fairly complex, had a building strength, performed perfectly construction wise on all samples and honestly, was just a joy to smoke. And at $12, this is not a bad deal either. I am not usually one to smoke cigars this large, but if I am in need of a two hour smoke now that the weather is getting warmer, I will definitely have some of these around, not only to smoke, but to share as well.