The La Sirena Dubloon continues the La Sirena brand’s maritime theme basing it off the name of old Spanish coins. The Dubloon release is one of four limited releases for the brand and in addition there are five regular production sizes. 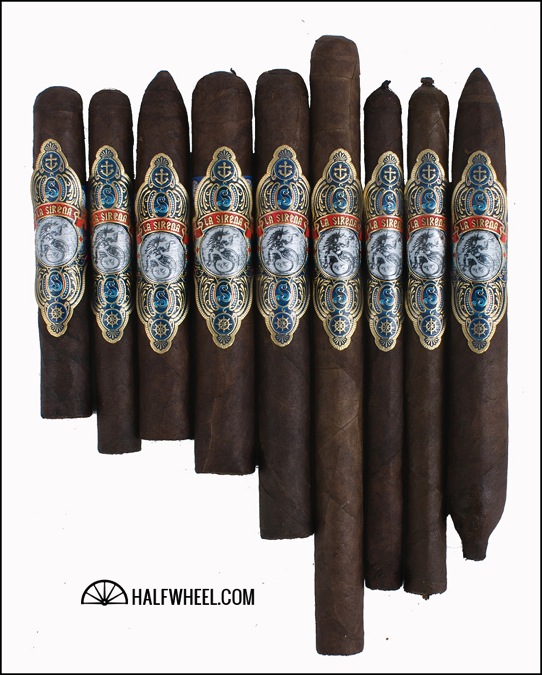 With eight cigars per box, the Dubloon has a backstory presented in the brand’s whimsical theme. Here it is from the press release:

In a recent expedition to Lake Nicaragua, which archaeologists feel was once a large bay alongside the Pacific Ocean, a discovery was made. The dangerous mission to find treasures of the mermaid was met by sharks and other seemingly out of place aquatic animals. On the last day, in one of the deepest parts of the lake a cave was located with treasures of the mermaid.

Among these treasures was the Dubloon, a 7.25 x 56 Salomon. The name comes from the Spanish coins that surrounded this new rare size. The rarest of all Dubloons, was one that featured a distinctive 8 stamped into it.

While the cigars were announced in June, they didn’t ship until nearly November. Less than two weeks later, it was announced that La Sirena, a brand owned by Arielle and Danny Ditkowich, would no longer be distributed by Miami Cigar & Co. 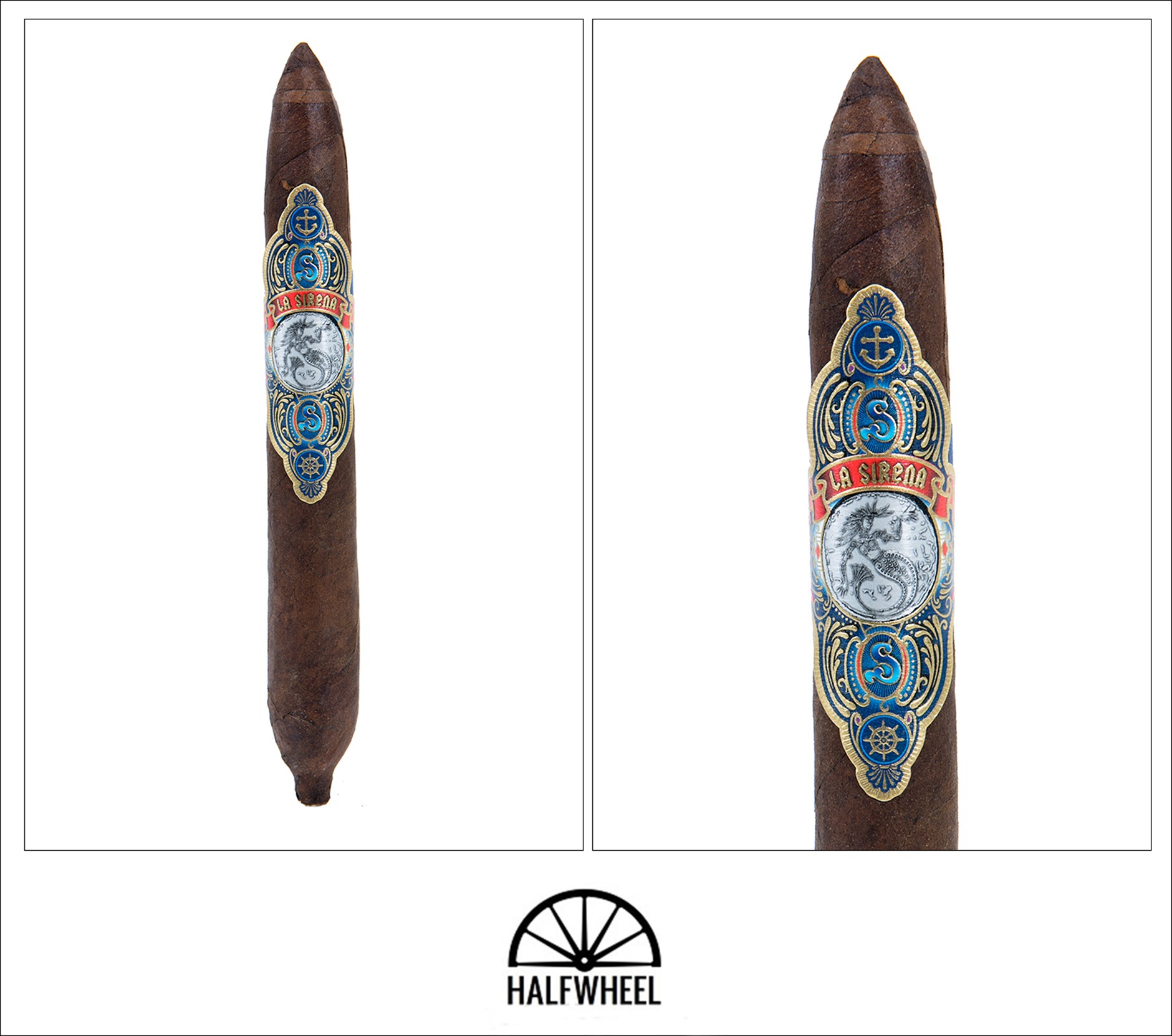 Picking up the hefty salomon the first thing I notice about the Dubloon is of course the giant La Sirena band. Filled with nautical imagery and themes the blue, gold and red pop nicely against the dark brown wrapper. There are no soft spots and the feel of the wrapper is a bit rough with little to no oily feel to it. Wrapper aroma is quite one dimensional only having a vague barnyard note. The cold draw however is very bright with notes of leather, light cocoa and an interesting lemon-lime note in the background very reminiscent of Sprite.

Starting out the first third I get a significant bit of bitterness and black pepper – not quite what I was expecting from the cold draw earlier. After a half a dozen draws the bitterness changes into more of a sour note, which is neither unpleasant nor pleasant at this point in time. In the background behind the pepper and sour notes I’m starting to pick up some cocoa, leather and an overall earthy grit that somehow rounds out the interesting profile. Draw is a little on the loose end of things, though I’m hoping with the shape it will tighten up as the cigar progresses. Despite the looser draw I’m still getting a decent amount of smoke out of the cigar. The burn line is a little wonky coming around the bulge, but after a touch up it seems to be evening out now. Though the looser draw might hint at poor construction, the ash holds on easily over an inch with only a little flaking here and there. A couple of inches in the profile has dropped almost all of the black pepper and sour notes, leaving the cocoa, leather and earth with a slight overall sweetness. 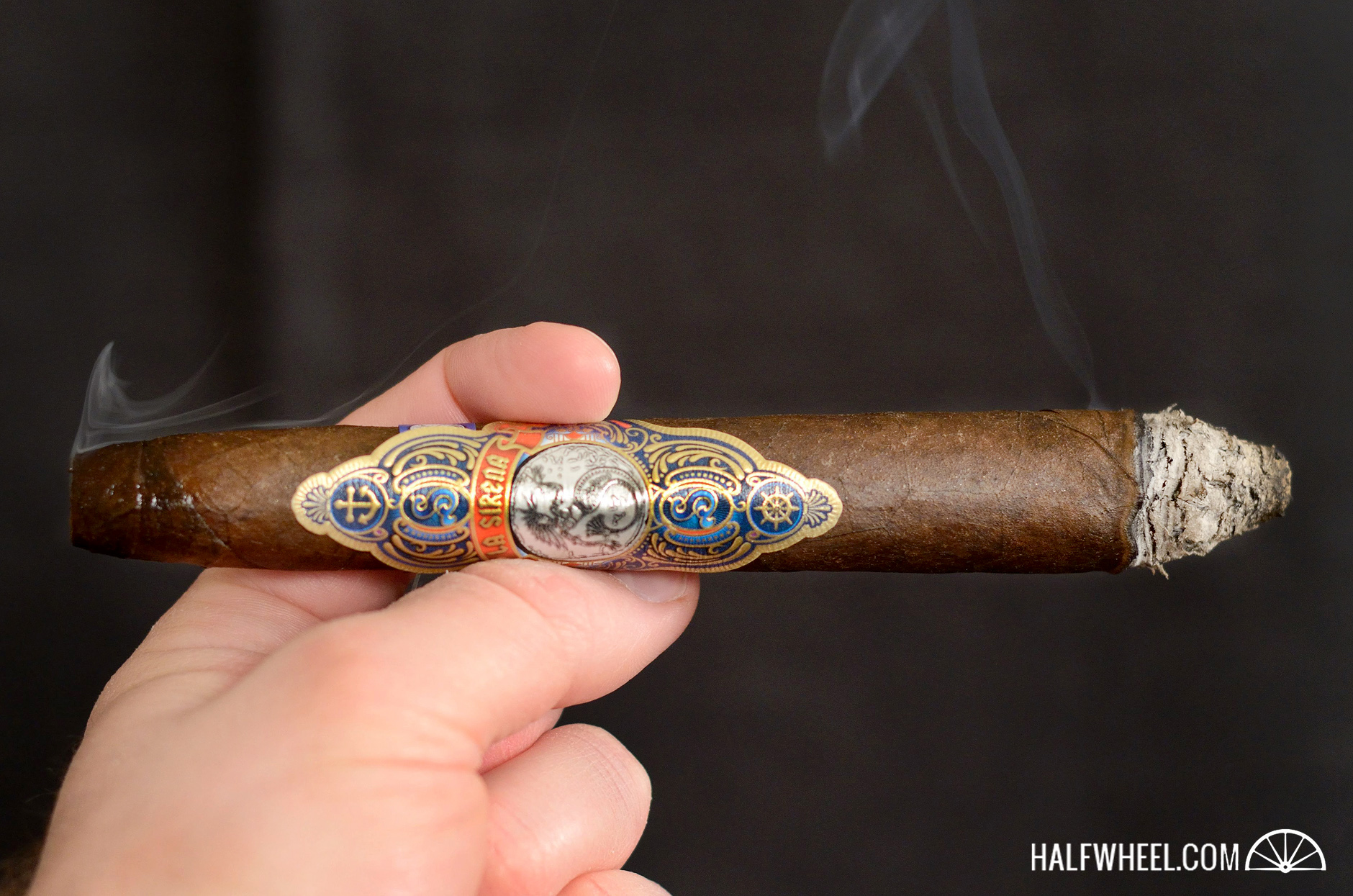 The second third sees a spice note added to the previous cocoa and leather while the earthiness has died down to almost nothing. The burn has stayed fairly even with only a minor touch up of the Dubloon is needed. As I suspected the draw tightened up slightly, but only enough to still be on the loose end of acceptable. An interesting graham cracker note appears in the mix with the spice ramping up even further. Unfortunately as quickly as the graham cracker note appeared, it disappears. 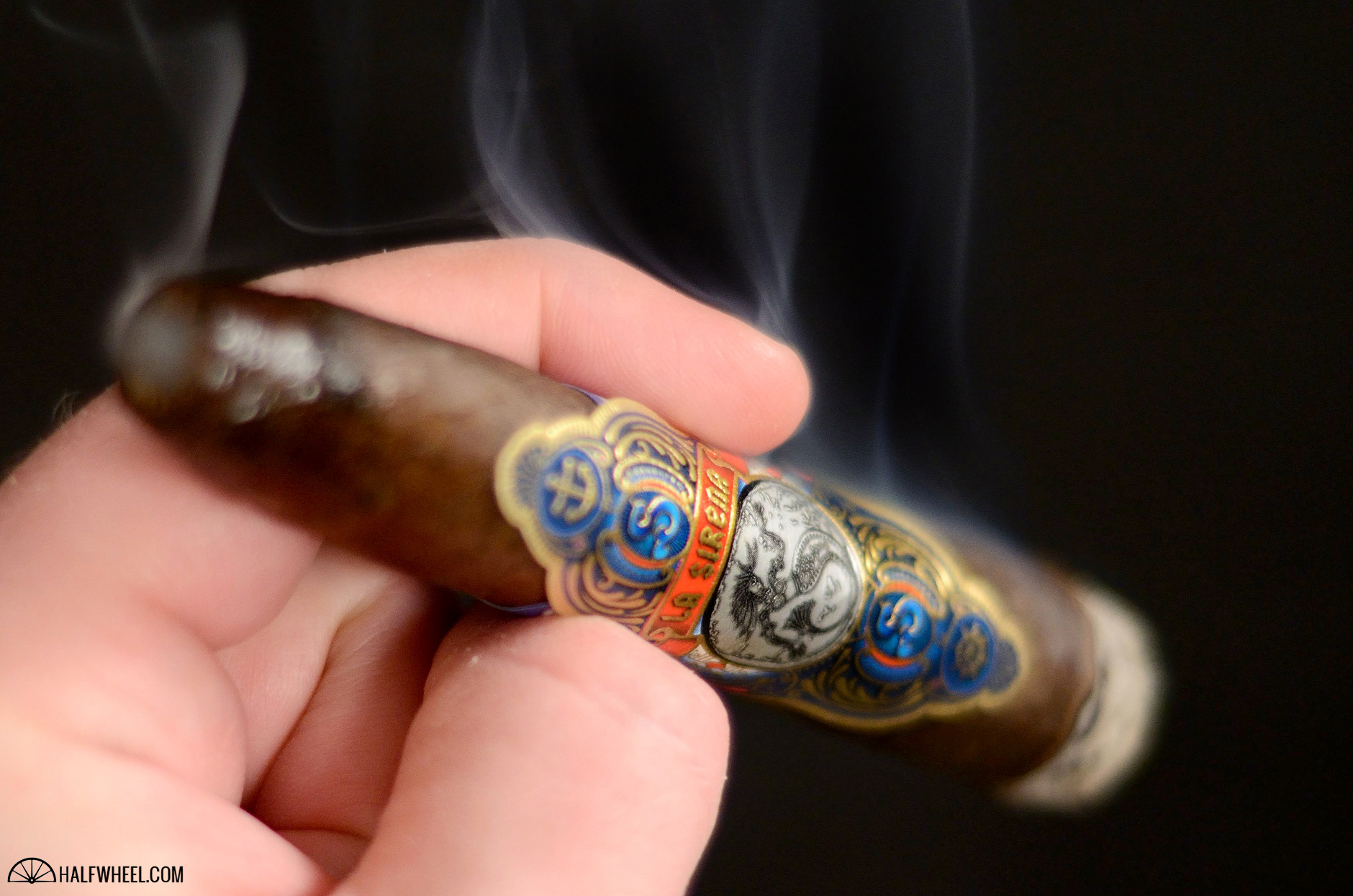 The final third starts with even more spice and a return of the earlier earthy note. While no touch ups have been required, the cigar did go out even though I haven’t changed the pace of my draws. With just about two inches left the profile starts to fall apart and it just gets slightly harsh and bland. The rest of the cigar burns fine without any touch ups or relights needed, though by now all the earlier flavors are overpowered by the harshness. 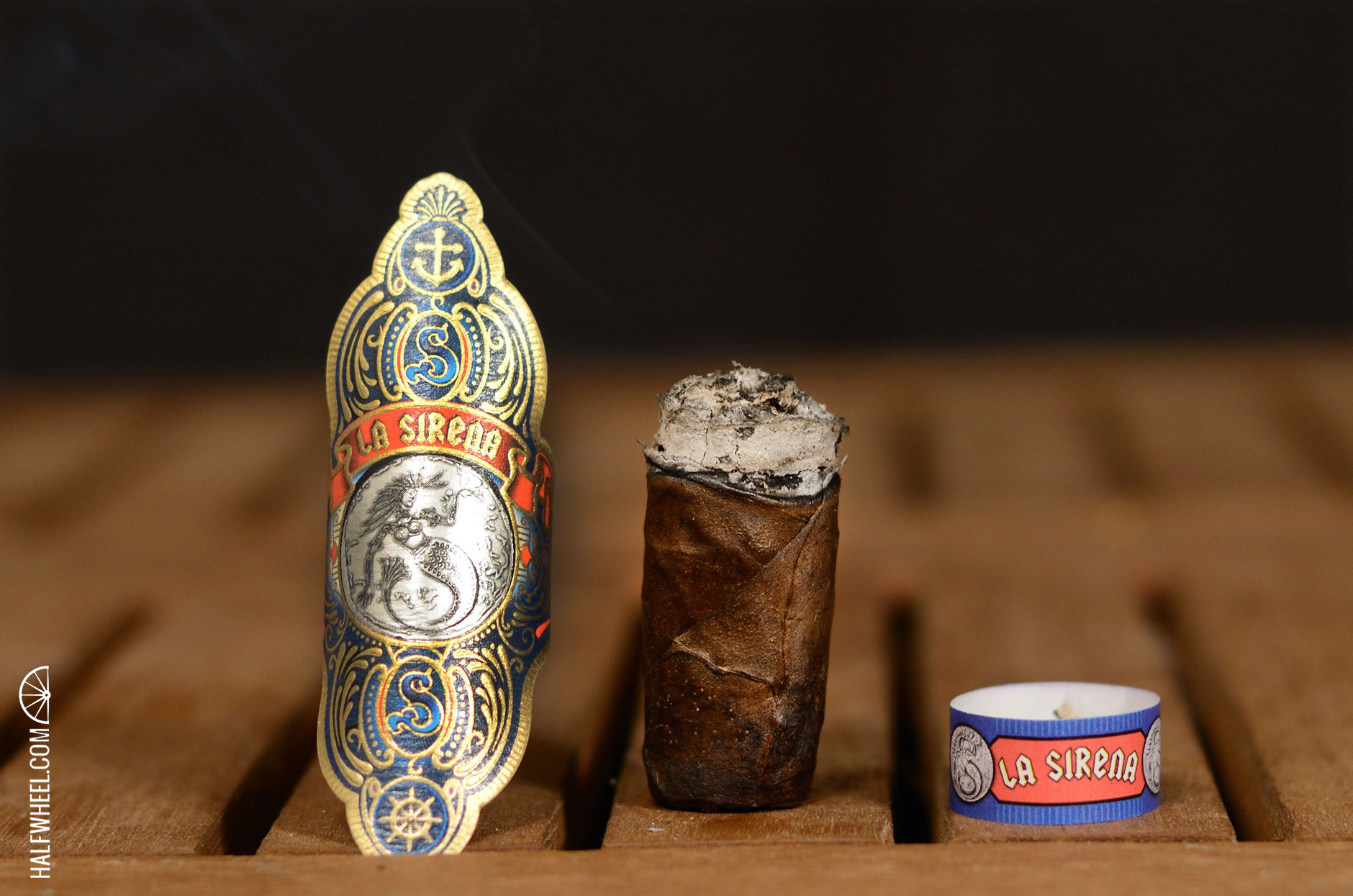 I’m not sure if it was just this size or the difference in wrapper, but this cigar isn't my favorite of the La Sirena brand, that place is held by The Prince, which is the line’s robusto. Having said that though, I did enjoy the majority of the Dubloon. The flavor profile started out different but smoothed out nicely throughout the middle of the cigar. With the variance between the samples in draw and the profile falling apart in the final third I can’t highly recommend the cigar. I can however say that I enjoyed it enough for me to easily suggest you seek out and try one or two of these for yourself.