The wait for José Seijas to officially return to the cigar industry seems to finally be over, as Matilde Cigar Company has announced that they are set to begin shipping their first cigar, the Matilde Renacer to retail this month.

News of Seijas’ return to the cigar world came out in August 2013 after he was seen at the IPCPR Convention and Trade Show in July. His resume spans some 60 years and is highlighted by his work with Altadis U.S.A., as he ran the Tabacalera de García factory in La Romana, Dominican Republic, for over 30 years as vice president and general manager. He retired from the company in 2012, and subsequently spent time working with Litto Gomez and La Flor Dominicana, producing some of LFD’s cigars in his La Romana factory.

While the cigars had been planned for release in November, delays were confirmed by Ruben E. Gonzalez of Matilde, though specific explanations weren’t provided. Several manufacturers had been experieincing delays in the second half of 2013 due to box production issues, leading to speculation that might be the case for Matilde as well.

Gonzalez told halfwheel in early January that the first export shipment of cigars was slated for mid-January, and it would only be a matter of time for the cigars to clear customs and arrive in the company’s Miami warehouse, from where they would be shipped to retailers across the country. Those dates got pushed back as well, with the first shipment leaving the Dominican Republic in late January, and the company giving the go-ahead for its sales representatives to begin taking orders as of February 1.

The cigars are also made in a slightly unique way, with only one cut to the wrapper leaf near the edge of the leaf, leaving the heavy veins intact.

The name for the project may seem new to cigar consumers, but its roots lie deep in the history of cigar making in the Dominican Republic. Seijas told Cigar Aficionado that the original Tabacalera La Matilde dates back to 1876 in Santiago, the current cigar making capital of the country. The factory stayed in operation until 1910 when founder Simeon Mencia died, and the building still stands to this day. Seijas will formally be renaming his factory to Tabacalera Matilde in 2014. 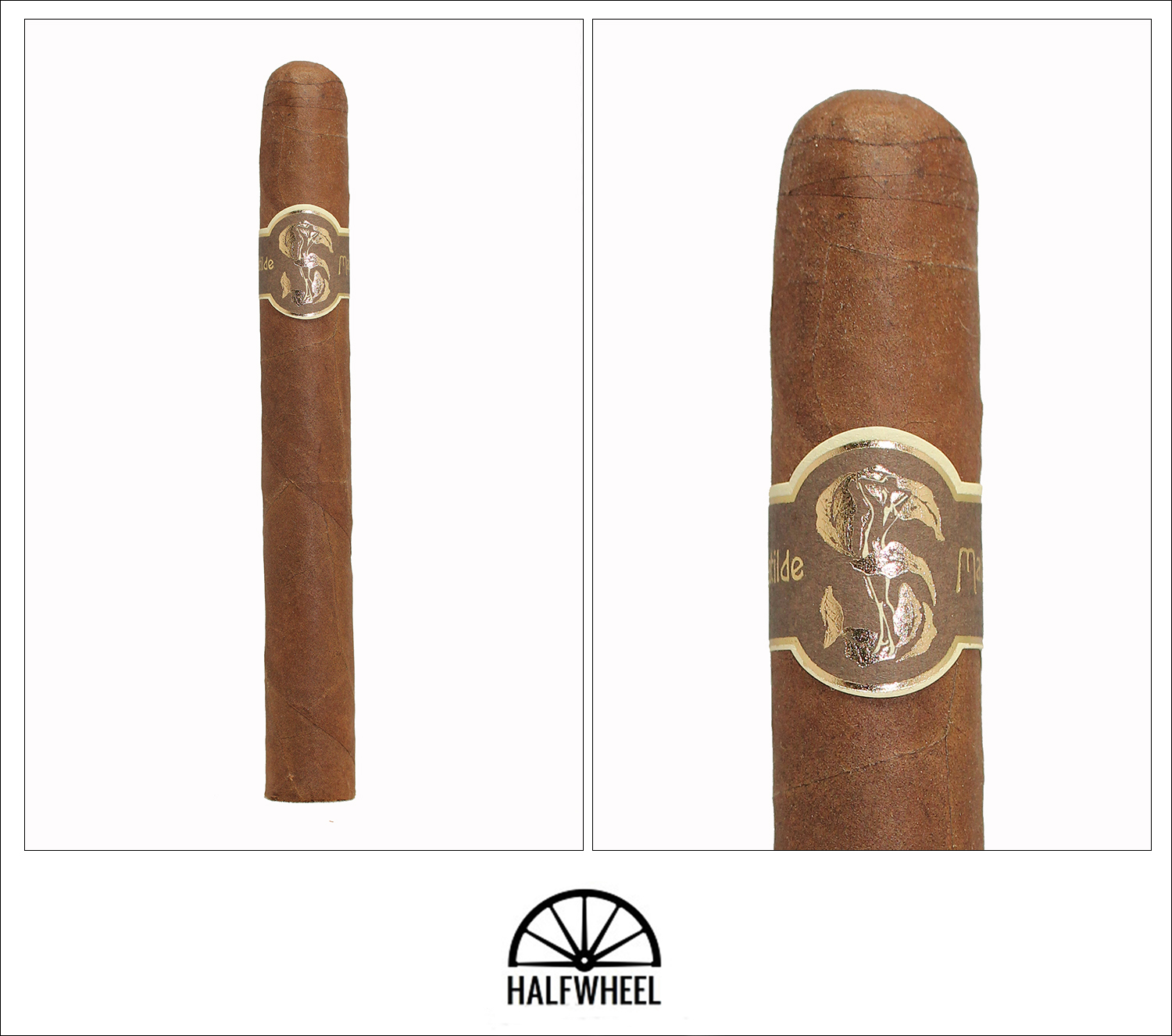 The Matilde Renacer Corona is on the lighter side of medium brown with a touch of sheen and a very fine grit texture to it. For the most part the veins are small and unobtrusive, though there are points where they stand out a bit. There is a touch of give to the cigar but its core feels firm and I certainly wouldn’t categorize this as a soft stick. A glance at the band calls to mind the AVO bands, both in color scheme and design, though it would be unfair to say they are attempts at duplication. Notes of dry butterscotch candy sweetness are the first thing that grab my attention on the pre-light aroma, with some secondary floral and apple notes following along. The cold draw is easy and without much restraint, though it stops short of being too loose. There is a subtle yet distinct note of banana bread that comes through along with a faint sweetness.

For not giving any suggestion that the cigar would be peppery or spicy prior to lighting it up, I’m a bit caught off guard by how much of both there is in the first few puffs of the Matilde Renacer Corona. I don’t want to overstate it as it is not overpowering, but for a pre-light aroma and cold draw that had me thinking butterscotch and banana bread, the wood and pepper that are found early come as a bit of a shock to the palate. The smoke is thin and wispy yet not lacking in quantity, and the first bit of ash is a light gray that has more white than black to it, packed together nicely and holding on admirably for its smaller ring gauge. The flavor profile feels as if it is under constant development in the first third, with notes of wood, white pepper and spice being tweaked with to find the ideal framework. A thickening of the smoke along with a bright note of white pepper signal yet another transition in the early going and the beginning of the next segment of this cigar. 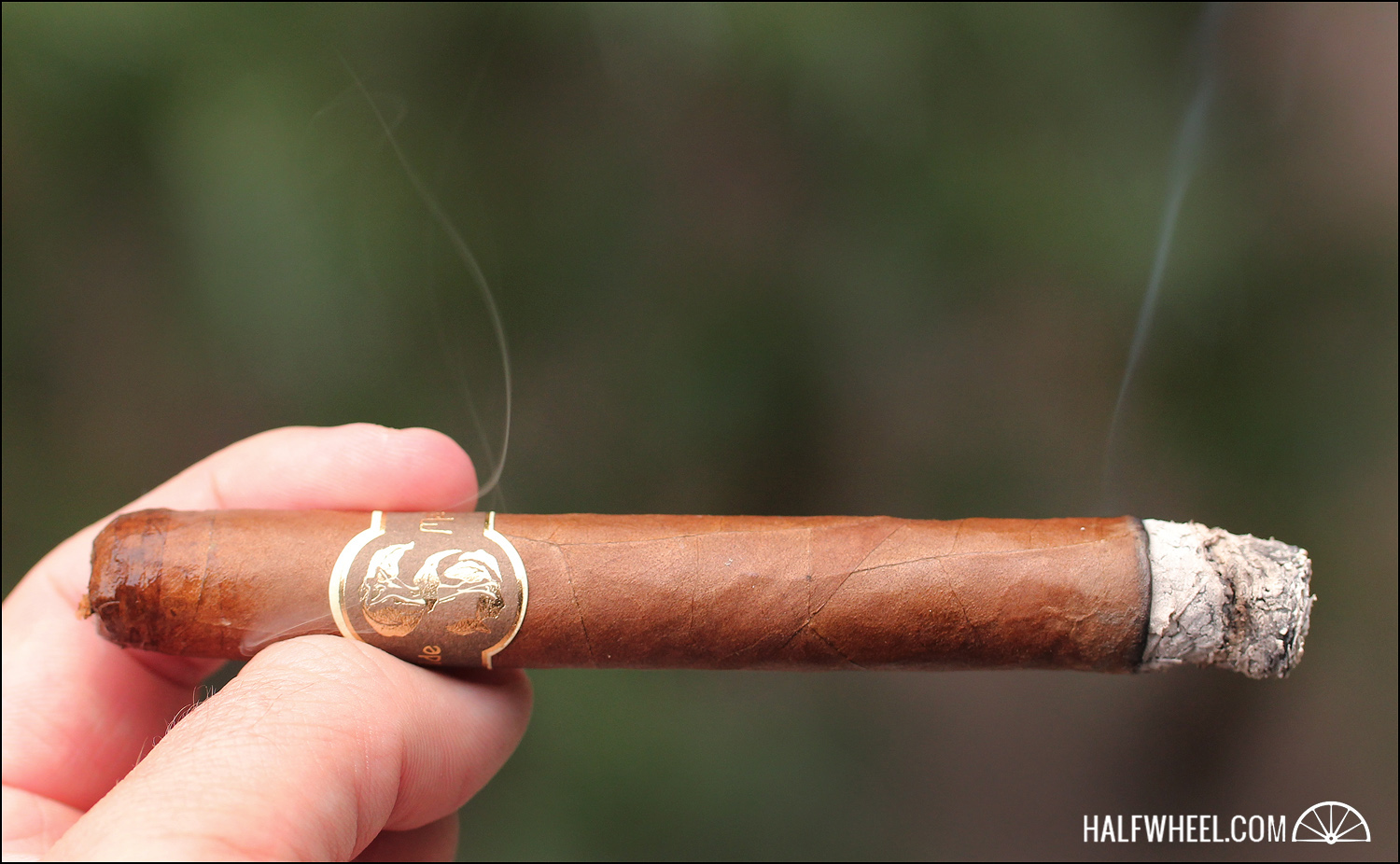 There is certainly no lack of action in the first third of the Matilde Renacer Corona, and from the first few puffs of the second third, it seems that trend will continue. The flavor has yet to get heavy, staying bright and never delving into notes of heavy earth or soil. Instead, there continues to be notes of white pepper, a touch of wood along with what I can best place as some stone and mineral. The sweetness that the unlit tobacco offered has yet to make an appearance through the midpoint, while the aroma offers a bit more of a sausage-like chewiness. A retrohale at the midpoint is enjoyable yet somewhat challenging thanks to a decent amount of white pepper; and short of one relight necessitated by my focus on note-taking, the cigar is burning beautifully with a straight burn line and tight ash. The Matilde Renacer Corona seems to find its sweet spot in the transition to the final third, as the changes have largely subsided and the flavors have honed in on a fairly dry and peppery offering. The pepper is gradually reduced with each puff and is largely a non-factor by the time the band needs to come off, with the exception of a still significant amount found in the retrohale. That’s not to say that the flavor lacks kick, as it lingers on the palate and chest and as the nicotine levels are suddenly being felt much more than they were previously. Plentiful amounts of light gray smoke continue to pour off the cigar with each puff, though it doesn’t continue while the cigar is at rest. A slight uptick in strength comes along in the final inches and provides an additional bit of kick to the cigar before it is time to put it out. An attempt to smoke the cigar to its nub bring on a bit of harshness, quickly thwarting any hopes of turning the Matilde Renacer into a finger burner. 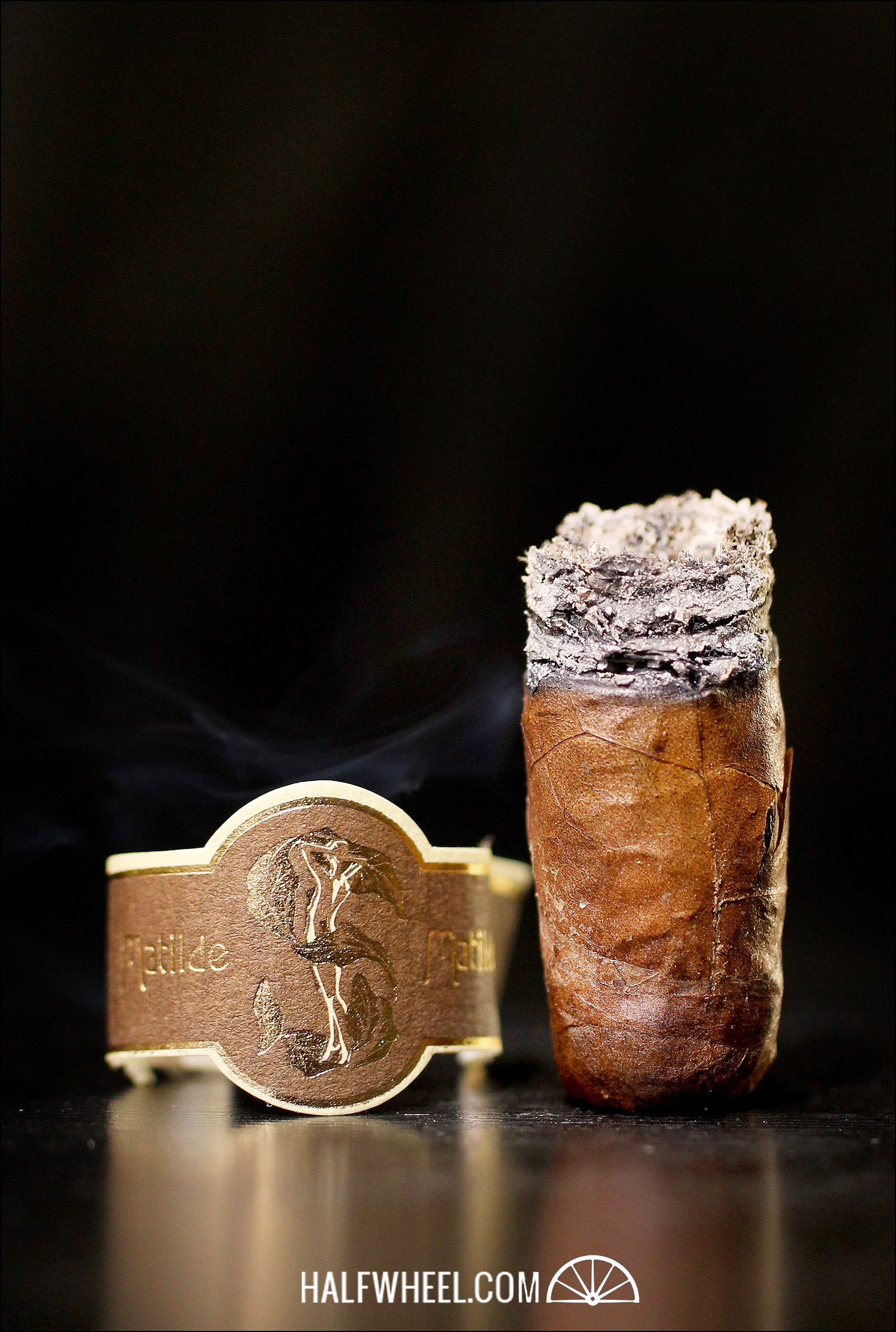 While this the Matilde Renacer may not be the most anticipated cigar of 2014, it does come with its fair share of expectations given the individual behind the project. To say that it met the expectations would be an understatement; it exceeded them in my estimation. While the flavor profile was a bit too dry on the whole for my liking, the flavor progressions and subtle twists and turns make this a cigar that keeps the palate engaged from start to finish. I'd have no qualms about reaching for another one of the corona vitolas and look forward to trying the other sizes once they start arriving at retail. A laudable debut from a legend in the cigar industry.