Danny Ditkowich of Tobacco Plaza describes on its website how the Triple Threat came about:

The blend is the brain child of our own Danny D based on a dream he had several months ago. It had been a particularly warm evening and Danny awoke with a start early the next morning shouting the words “Triple Threat!” Later that day, he relayed the story to yours truly and went on to speak with Litto about creating a TP Exclusive which would combine triple ligero and triple maduro tobaccos in one rich, full-bodied smoke! Intrigued, Litto crafted the LFD TP Triple Threat which was unveiled at our Cigar Dinner at the Carltun.

This isn’t the first store exclusive in recent history. Here is a list of the cigars that they’ve had made in the last two years to celebrate its 40th anniversary: 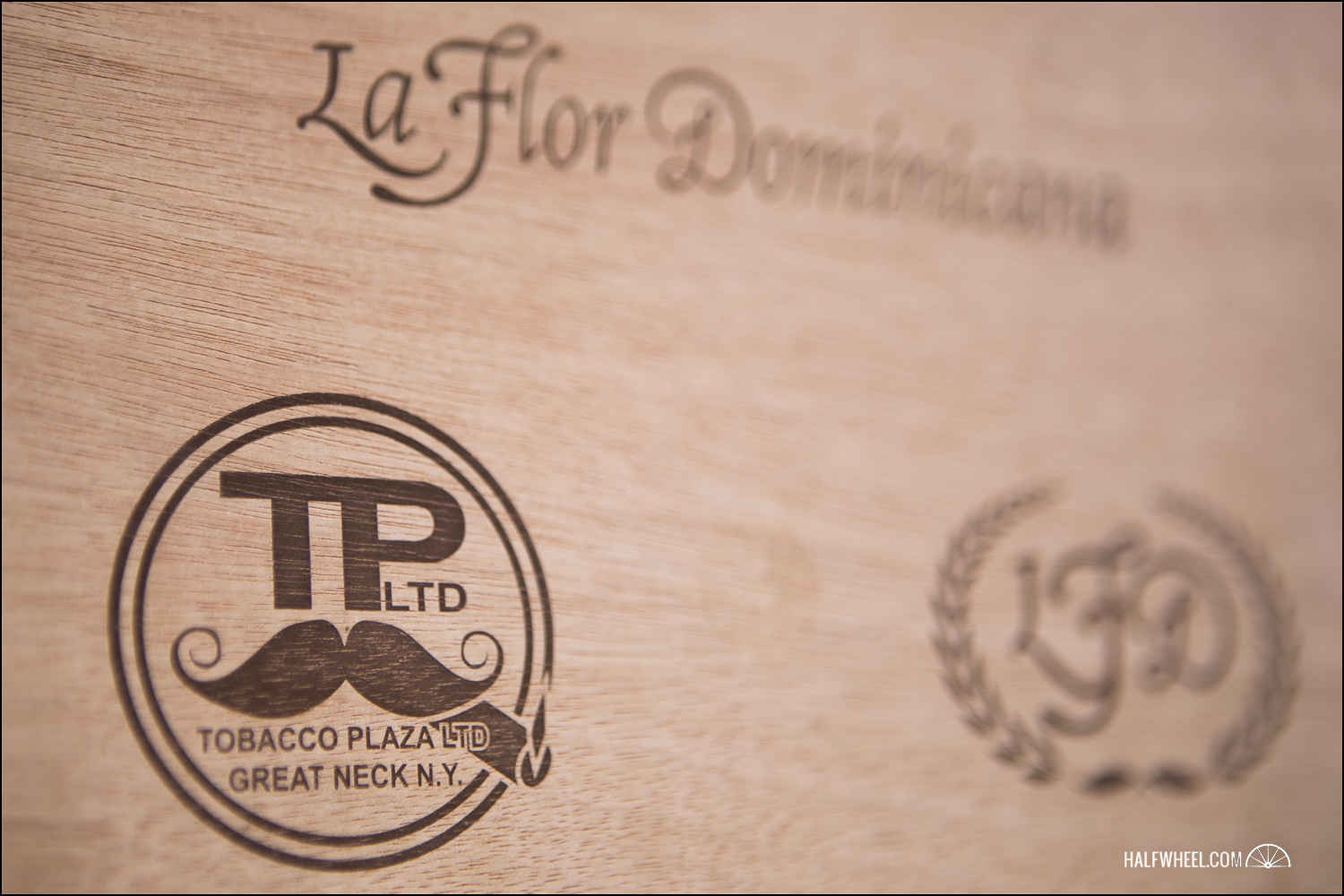 Picking up the LFD Triple Threat it feels like a hefty stick and giving it a squeeze there is no give whatsoever. The even, dark brown wrapper is slightly rough and oily to the touch with a handful of noticeable veins. With only the classic LFD band on display, there isn’t any other band identifying this stick. The aroma coming off the wrapper is very earthy with a slight cocoa note. The cold draw brings more earthy notes, along with chocolate and some significant pepper.

The Triple Threat starts out the first third with some slightly harsh earth notes mixed with rich tobacco. Thankfully the harshness subsides after only a few draws leaving an interesting profile consisting of meaty and earthy notes sprinkled with the peppery kick you would expect from something containing so much ligero. I’m having to do a couple of minor touch-ups, nothing too significant, just a small area that lagged behind the rest of the burn line. The spiciness is a little more extreme than your average fare, going well past black pepper and closer to that of a jalapeño. Draw on the cigar is firm, but still well within acceptable limits. While there isn’t a lot of smoke production, it doesn’t seem to me that it’s related to the draw. The overwhelming spiciness from earlier has calmed down a little and is now just a very spicy, meaty profile. Surprisingly enough, the second third’s pepper level is much more reduced and instead of a more pepper-like bite, the best way I can describe it is a more rich roasted pepper taste without the burn. Smoke production continues to be medium at best. The burn has evened out nicely and has been steady ever since my few touch ups early on. The final third continues the meaty pepper, but more earthiness and some cedar has crept into the mix. Interestingly enough, the smoke production has increased towards the end, though the draw seems unchanged. The cigar ends with zero bitterness or harshness, though the strength of the cigar at the end is quite apparent. Overall Tobacco Plaza has had great success with its exclusive cigars from the different manufacturers and this cigar is no different. La Flor Dominicana has produced a very solid cigar that fits right into that lineup. While the profile wasn’t overly exciting and didn’t really progress much, the unique peppery notes in the profile created something that was quite enjoyable. Save a minor touch up early on in the cigar, the rest of the cigar had no burn or draw issues. Overall it is a solid stick with a unique enough profile to catch my interest. It might not be a cigar I would smoke daily, but it is definitely a cigar I can suggest you seek out before they’re all gone.