Among a handful of new releases from La Flor Dominicana at this summer’s IPCPR trade show was the Oro line, a trio of cigars with a new blend and packed in gold tubes, which in turn come in five-count boxes.

According to Litto Gomez, the line is said to be “an amped up Coronado blend,” a reference to the line that debuted in 2006 with the company’s first use of Nicaraguan Habano sun-grown leaves. The Cuban-seed wrapper leaves for the Oro come from a higher priming on the plant, which results in a bit more flavor and punch.

The name for the Oro line, which means gold in Spanish, is a nod to Gomez’s previous career. In the mid 1990s, Gomez owned a jewelry shop in Miami’s North Beach neighborhood called Pekin’s. One day just before closing time, two men came into the shop and proceeded to gag and bind the hands of Gomez and his jeweler and make off with some $400,000 in jewelry. The pair were never caught, and while Gomez rarely speaks of that day, when he does its with gratitude as it was what turned him to the cigar business.

The new La Flor Dominicana Oro is being released in three versions, a Natural and Maduro in the Toro-like No. 6 vitola, which measures 6 x 54 and has a $12.50 MSRP. The third size is a natural Chisel edition, which also measures 6 x 54, but retails for $13 and features the Chisel tip for which LFD recently received a U.S. trademark. 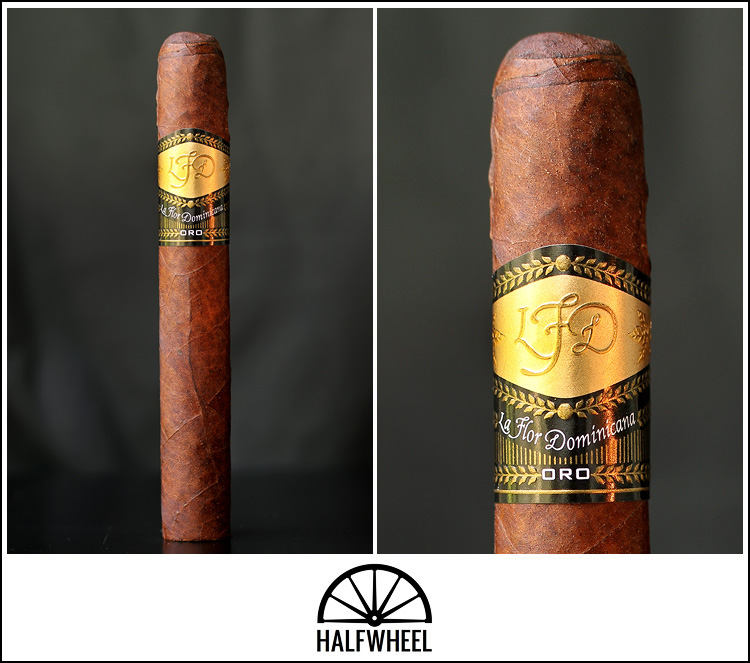 The gold banded La Flor Dominicana Oro Natural No. 6 is both familiar, but also gives you the feeling that something is just a bit different, kind of like when you see a friend with a new haircut. By far the shortest name to appear on an LFD band, Oro seems to get a bit wider, more blocky font that stands out. The wrapper has some noticeable veins and a bit of texture and sits at a slightly darker than medium brown. The pre-light aroma is a somewhat non-descript medium intensity aroma with no real spice to speak of. There’s a faint rich sweetness in the background with muted notes of tree bark, coffee beans and earth in the foreground. The cold draw is smooth and easy with the air seemingly gliding through the filler, carrying a bit of a cereal note with it.

Right out of the gate, the first third of the La Flor Dominicana Oro Natural No. 6 lets you know it means business with a spicy punch that lights up the palate. It takes a few puffs to settle down, but once it does, the first settles into a medium-plus bodied smoke that evokes some notes of cookie dough, coffee and a bit of wood. The dark grey ash drops off suddenly just shy of an inch long, which seems to open up the draw just a bit, allowing more of the very smooth and slightly peppery smoke to move through the cigar. 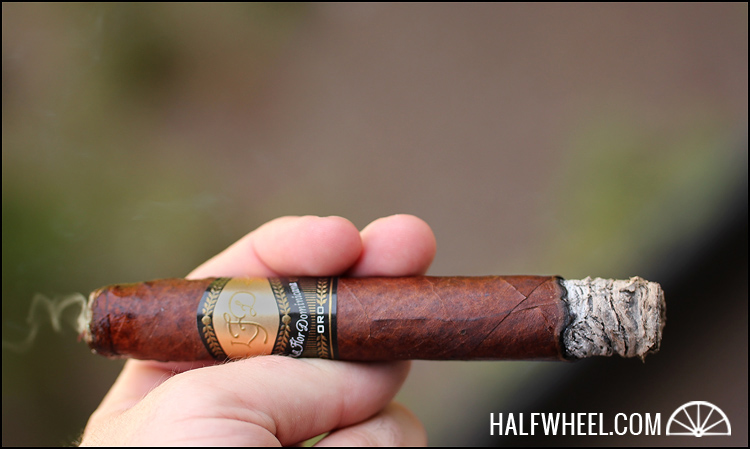 By the time the second third comes along, the amped up part of Gomez’s comments doesn’t seem to have happened, though some building levels of pepper indicate it could be on the way. Short tingles in the nose signal the increase of a white pepper note that keeps the Oro from getting overly heavy but still gives it a palate-engaging flavor. At the midpoint, it seems that the La Flor Dominicana Oro Natural No. 6 is preparing for a strong second half as the grain and cereal notes are building a foundation upon which some heartier flavors will be added. 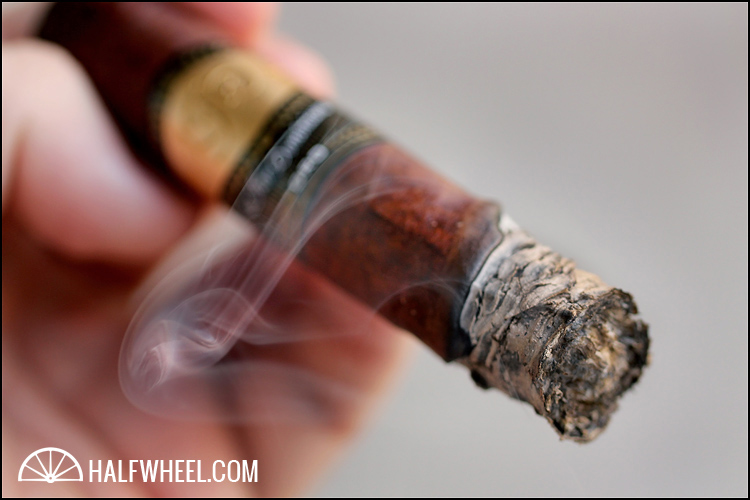 The final third of the LFD Oro doesn’t ramp up as quickly as I’d anticipated, waiting until the band line to add a chalky note that keeps the cigar right at medium-bodied. In the final notes, a bit of earth and building amounts of pepper enter the equation, giving a bit more body and spice but never picking up the thicker, heavier taste I tend to associate with La Flor Dominicana. Maybe my palate has been forever biased by too many Double Ligero Chisels. What I will say is that in the final inches, the flavors from the Oro linger on the palate for quite sometime – between the dry wood, the chalk and the pepper, it keeps the palate steadily engaged even when not drawing on it. 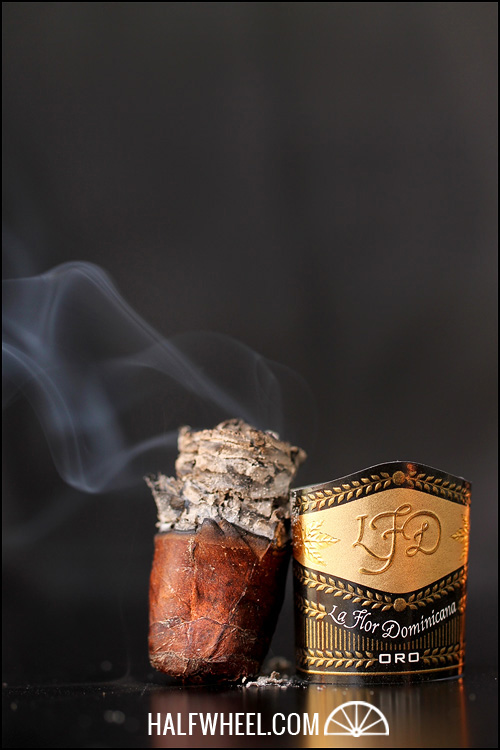 The La Flor Dominicana Oro Natural No. 6 seemed to follow what has become a fairly standard flavor shift – big pop out of the gate, a mellowing in the first third, a rather subdued second third and a rebuilding of flavor that finishes strong and lingering on the palate. While I'm not sure if “amped up” really applies to this cigar, it certainly has its moments, and provides a different take on the established Coronado blend with favorable results. Does it lack just a bit for my demanding preferences? Yes, but just a bit. It's still a very good cigar with a lot to offer in terms of flavor, pepper and overall smoking experience.