Taking things to ever bigger and longer extremes in the cigar world, the La Flor Dominicana Meaner Digger was created as a store exclusive for Tobacco Haven in Brookline, NH, who held an “end of the world” release party on December 21, 2012. News of this new cigar came out just after Thanksgiving, just shy of a month prior to its release.

The Meaner Digger added an inch and a half to the already sizable La Flor Dominicana Digger, which was released in April 2011 and was created in response to a request from a consumer who loved the La Flor Dominicana DL-700 but wanted it to be a bit longer. It also combines the two wrappers used on the Digger in a barber pole design, with a base of an Ecuadorian Sun Grown Maduro and an Ecuadorian Sun Grown Natural laid on top of it. 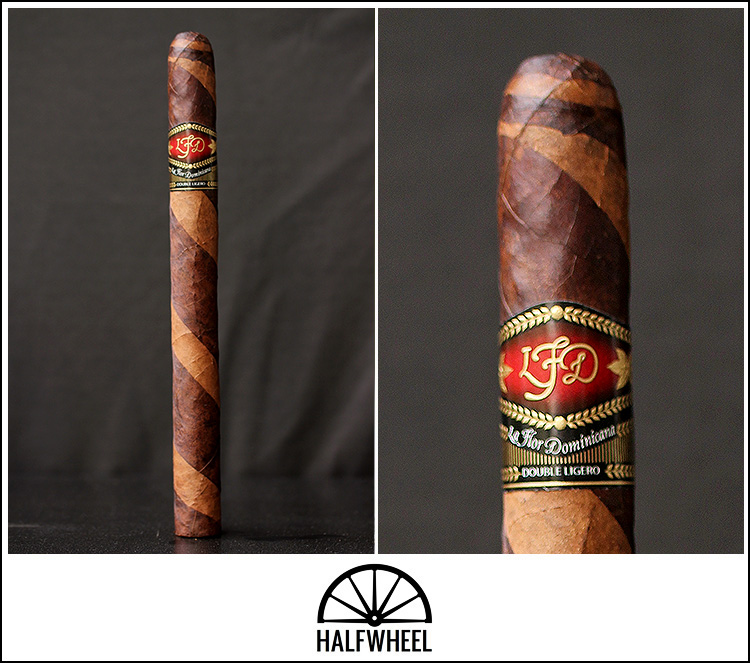 It’s hard not to be overwhelmed by the sheer size of the La Flor Dominicana Meaner Digger. Despite its length and big ring gauge, it doesn’t feel overly heavy or out of balance in the hand, though it certainly is a mouthful. As mentioned above, there is a strip of Ecuadorian Sun Grown Natural tobacco laid over the Maduro leaf and there was one break in the wrapper leaf on the first cigar smoked. Had that crack not been present, it would have been an absolutely perfect look La Flor Dominicana with not a single visible seam. The cigar looks rolled very well, and the leaves are surprisingly good looking given what I have to assume was a limited amount they had to pick from given the size needed to cover this huge stick. The pre-light aroma is driven by honey, pretzel dough and a Ritz cracker note with just a scant amount of spice present. The air moves well in the cold draw and has a doughy taste with a touch less spice found in the nose.

Each of the La Flor Dominicana Meaner Diggers started out the first third with different notes; the first fairly inauspiciously — medium in both strength and body with notes of wood and dough, while the second was spicier and fuller with what seemed like a mix of both wrappers – slightly sweet, slightly woody. The spacing of the barber pole lines means that the flavors should alternate fairly regularly, and in fact a bit of sweetness started to enter the equation almost as soon as the burn line hit the first bit of the Maduro leaf. After the first clump of ash falls off about an inch in and the switch back to the natural wrapper leaf starts, a good hit of spice enters the nose and some decent amount of white pepper hits the tongue. The underlying texture of the smoke still seems a bit thin – or at least thinner than I what I associate with most La Flor Dominicana cigars. There are points in the first third when the pepper note seems to turn just the slightest bit harsh, though it seems to be fairly fleeting and never really oversteps its bounds. Having smoked a fair amount of La Flor Dominicana Double Ligero cigars, there’s this constant guessing game as to how the Meaner Digger’s vitola is going to affect flavor and pacing, and as of now I’m not sure I’m liking what it’s delivering. Entering the second third, it seems that the wrapper isn’t playing quite as big of a role in the flavor as I had hoped or anticipated. There is a bit more sweetness when the Maduro wrapper is burning and a drier, woody note when the burn line moves through the natural leaf. There is an underlying white pepper that is very reminiscent of my experience with the original La Flor Dominicana Digger, and the anticipation of some big hit of flavor is just as present here as it was with that cigar. Just past the midway point, a bright citrus note backed by a bit of grassiness starts to show, with an almost minty quality to it, a taste that hadn’t been picked up prior to this point. It leaves almost as quickly as it arrives and the flavor returns to the woody and almost earthy underlying taste that has a constant spice note running through it that has formed the main plot line of the Meaner Digger’s story. After some lackluster smoke production in the second third, the La Flor Dominicana Meaner Digger starts billowing in the final third as the ligero seems to come alive and the pepper really picks up. Much like the original Digger, the first two thirds seem to be a long opening act for this final third that delivers what many, myself included, consider to be LFD’s signature Double Ligero flavor profile. There are points where the ligero delivers enough pepper to induce a few coughs and some watery eyes, which seems to be what most people who would pick up a La Flor Dominicana Double Ligero would be seeking out. Unfortunately it took over three and a half hours to get to this point, almost negating the otherwise solid flavor that the final third puts out. 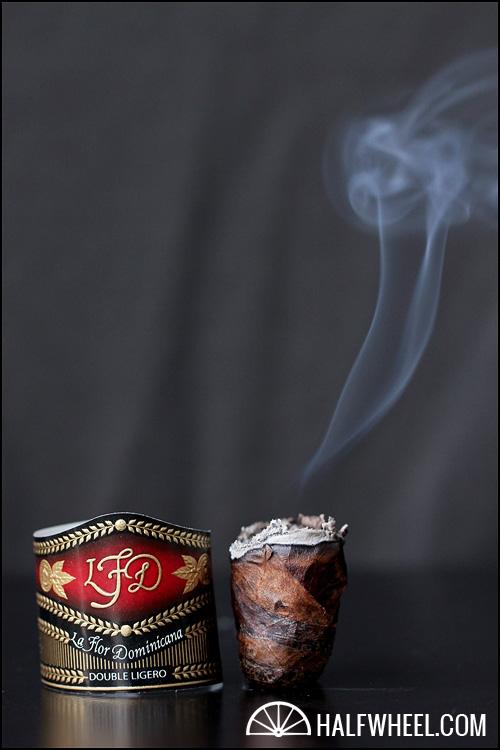 The La Flor Dominicana Meaner Digger left me feeling like there was way too much pre-game show and not enough actual action. Having put in nearly five hours smoking each one of these, there's no doubt in my mind that I would have been better off smoking two La Flor Dominicana Double Ligero Chiselitos or just enjoying a Double Ligero Chisel and a nice nap. In fact, I could have easily cut the first five inches off the Meaner Digger and been just as happy with the end result. I hate to call this a gimmick cigar, but that's what it feels like, which is a shame because La Flor Dominicana makes some truly great cigars that deliver the same great flavor that the final third offers but in less than half the time and a better price point. The end result is still pretty good, but nothing I'd be willing to spend another five hours with. Save yourself the time it takes to get through a Meaner Digger and opt for any of the smaller offerings in the Double Ligero line – because as is proven with this stick, bigger is not always better.