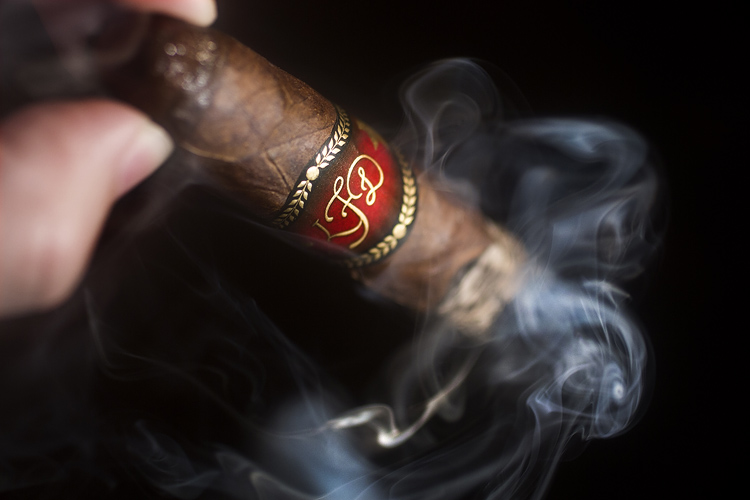 There are few cigar manufacturers that have created as many limited editions as La Flor Dominicana and no one has done it quieter. Last month, LFD continued this trend with a special cigar for Fox Cigar Bar’s Foxtoberfest Cigar & Beer Festival.

The event, which took place on October 19, saw attendance from a variety of manufacturers and special cigars from three.

La Flor Dominicana created a 6 1/2 x 54 soft-pressed cigar with a Connecticut broadleaf wrapper, Cameroon binder and fillers from the Dominican Republic and Nicaragua. Pricing was set at $8 per cigar with the LFD Foxtoberfest limited to 150 boxes of 10 cigars.

As has become the norm lately, the Foxtoberfest logo was placed on the boxes, which looks like this: 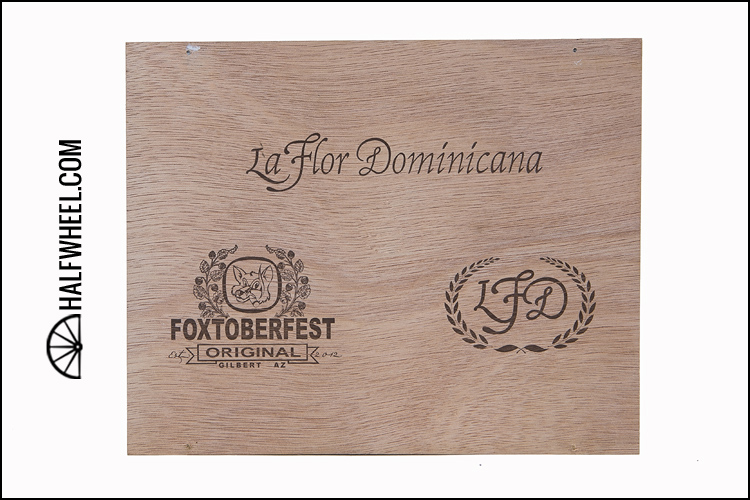 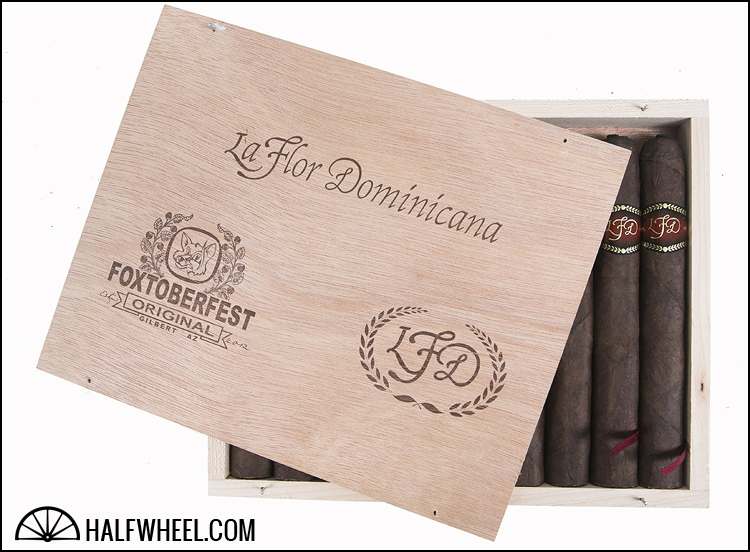 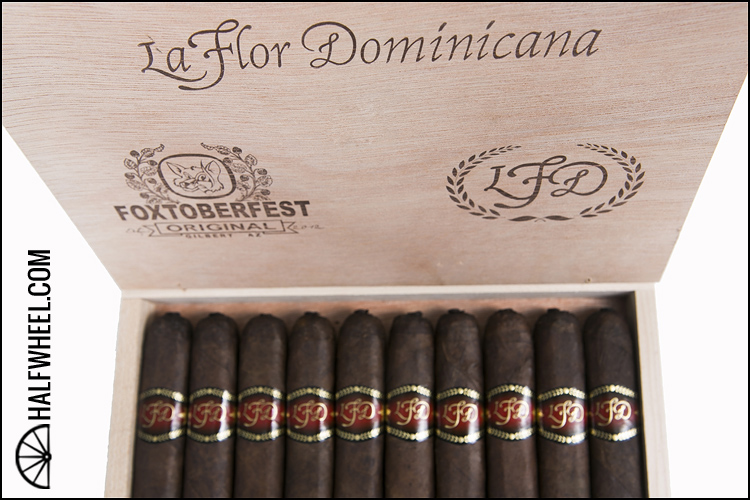 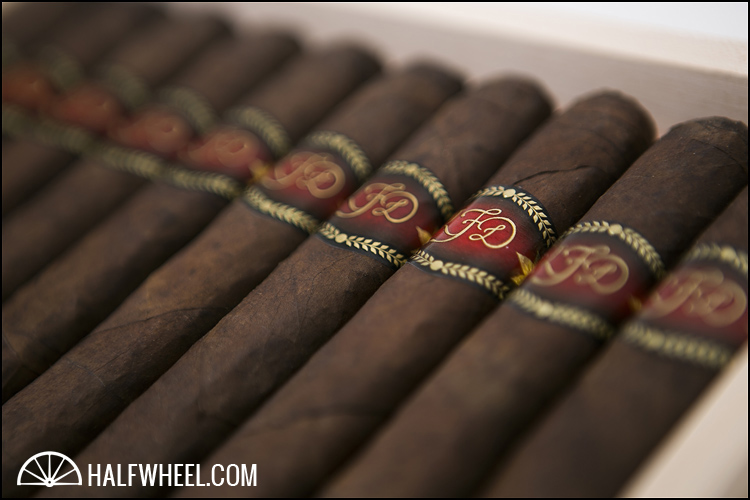 Unfortunately, the boxes are amongst the most rudimentary and least functional on the market. Four nails are used to close the box, but even with careful opening, it’s essentially not reusable. 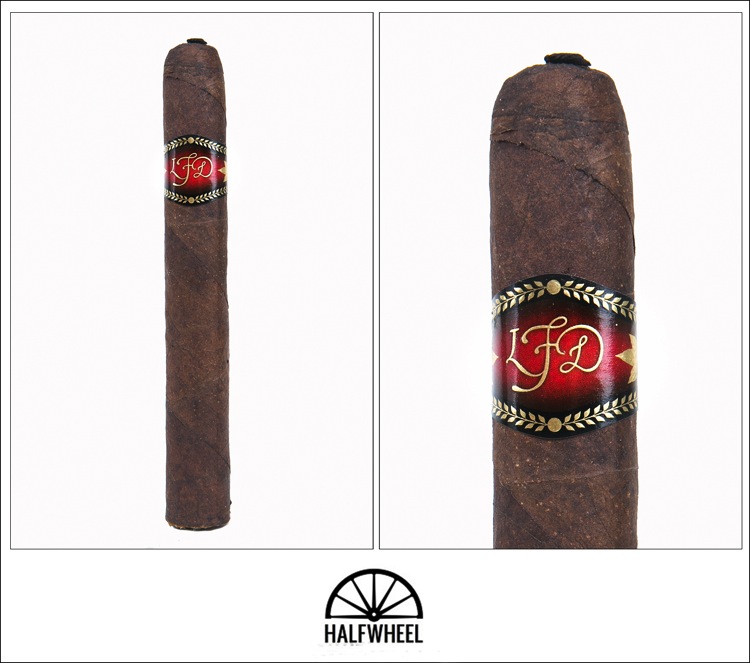 I’m normally all for pigtails, but the Foxtoberfest looks a bit awkward to me because of the pigtail. The cigar features a softer box-press, although it’s still entirely obvious and honestly not that different from the average box-press on the market. The Broadleaf wrapper is in typical LFD fashion, dark. For a big cigar, it seems a bit light, but as far as I can tell, there’s plenty of tobacco within the cigar itself. The Foxtoberfest delivers a cold draw of candied fruits, barbecue and some pepper.

The LFD Foxtoberfest begins with sweet cedar, barbecue, a bit of cocoa and after three puffs, an extremely sharp white pepper on the tip of my tongue. As the cigar progresses, the core changes to a much different tune with the sweet cedar combining with a salty sunflower seed note and touches of fruit. It’s somewhat gritty, particularly on the finish, but the leather and woodiness make it enjoyable. Strength is just south of full, never aggressive, but always there. Smoke production is inconsistent ranging from below average to phenomenal while the rest of the construction leaves little to be desired, my only other complaint would be nitpicking the somewhat flaky ash.

Regardless of what I tried, midway through the cigar picked up burn rate. While the harshness continues to be present, it does not seem to be affected by how quick I puff. The core continues to have the salty sunflower notes, while the fruit has moved mainly to the retrohale joined by notes of cocoa. By now, you should accept that this is not the typical profile that Litto Gomez is known for and that would include the complete exclusion of pepper after a small dose upfront. On two of the Foxtoberfests, I’m forced to perform a slight touch-up at some point during the second third, never major and never more than once. As the La Flor Dominicana makes it into the final third, the flavors begin to become less impressive. The saltiness is absent, leaving an interesting earthier sunflower note that is much more challenging to discern. Gone as well is the fruitiness and the cocoa, meaning the harshness now becomes much more obvious. Construction remains great until the end with the burn never straying after the correction in the second third.
Final Notes:

This is not at all what I was expecting. The Foxtoberfest was more nuanced than I would have imagined and with a completely different flavor profile than I would have suspected, but it’s not without some detractions. The reality is this is a cigar that is rough around the edges. And then there is what happened after the two hour mark, which was not the finest moment for the Foxtoberfest. I’m not sure who exactly I’d recommend the cigar as it has much different flavors than the what Litto Gomez normally brings to the table, but with a similar profile.