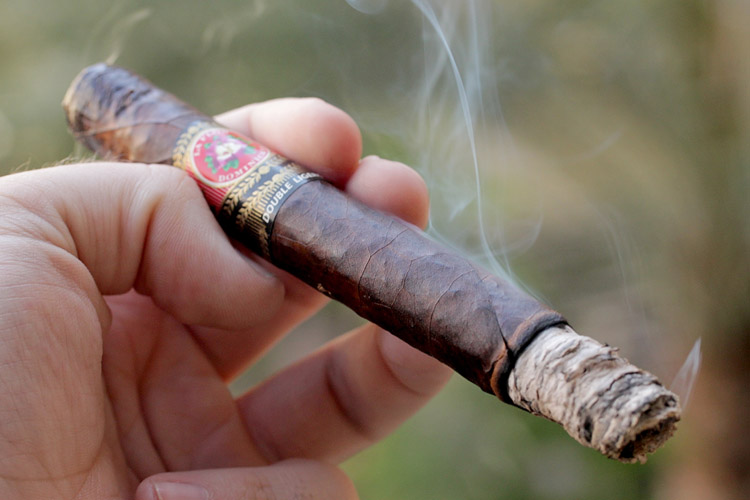 Since its debut in 2003, La Flor Dominicana’s Double Ligero line has been home to some of the company’s more unique vitolas – including Litto Gomez’s signature Chisel vitola, the 2011 release of the 8 1/2 x 60 Digger, and today’s cigar, the A.

A somewhat traditional format that is seeing a bit of a resurgence, the A is an imposing stick measuring 9 x 47 – a long smoking experience that would intimidate most cigar smokers, regardless of if they knew what Double Ligero meant or could do to them. It’s the longest cigar of the line, which contains twelve regular production vitolas:

Interestingly, the newly-redesigned LFD website doesn’t mention the Digger, the A, or the 7 1/2 x 39 Lancero, which Charlie reviewed last year. Antonio Gomez of La Flor Dominicana says that the A is still a regular production cigar, although he didn’t elaborate as to why it isn’t mentioned on the company’s website.

Like the other uniquely shaped La Flor Dominicana offerings, it requires a specially skilled roller to create such a long cigar that is consistent and burns without problems. Gomez compares it to the Salomones, Mysterios and Diademas as far as the difficulty level. 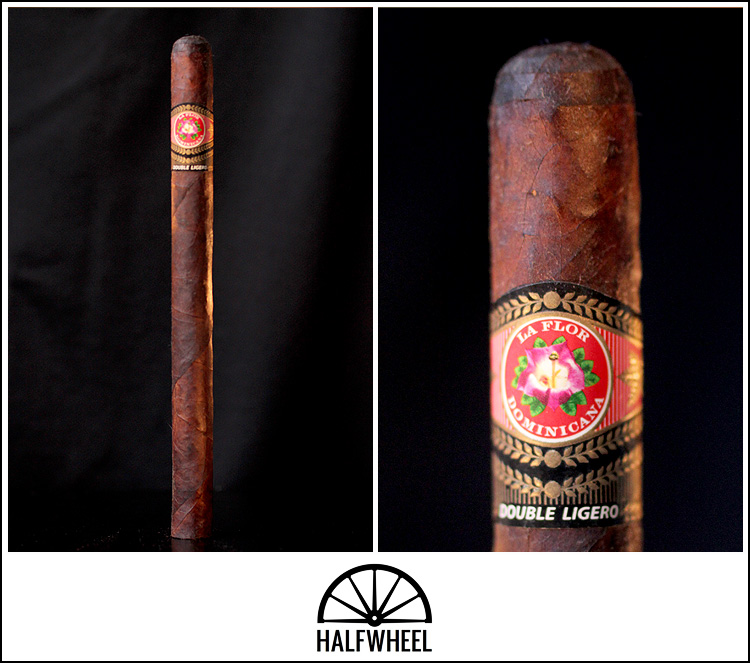 The A vitola in any cigar always carries a bit of an imposing nature, but this dark, oily, shiny La Flor Dominicana just heaps it on, and that’s before the friendly reminder of Double Ligero gets factored into the equation. The wrapper, while loaded with veins, is still gorgeous and soft to the touch with a fair amount of give when squeezed. There’s some faint, yet fairly potent, spice on the pre-light aroma, masked by a bit of saucy teriyaki-like glaze, but without the overt sweetness. Air flows freely on the cold draw, with some muted flavors but an underlying note of spice.

The first third begins of the A begins odd. While it would make sense that this would be a pepper bomb from start to finish, such is not the case. Whether the blend has been tweaked to provide a milder start, or whether the flavor just doesn’t travel well over the length of the cigar, it’s an underwhelming beginning. Not only is the La Flor a big cigar, it’s slow burning through the first third, taking half an hour to get through the first inch. Nine inches is a fair amount of distance to move air, especially at the more casual force with which a cigar is drawn upon. There are points at which the thick white smoke lumbers off of the cigar, taking its sweet time to dissipate into the night. A few hints of spice start to enter the equation, tagging along with a woody note that starts to give the cigar a bit more backbone. 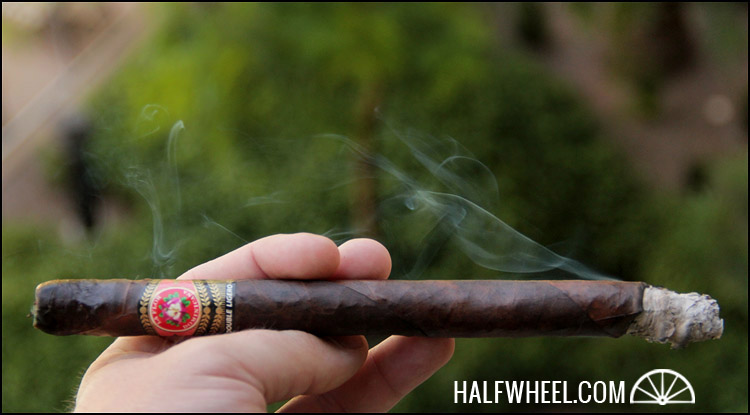 By the second third a problem becomes apparent: burn issues. Maybe it’s the oils, maybe the cigar is retaining too much humidity, but it starts going out in the transition to the second third. Despite this issue, the Double Ligero A really starts to take off around the mid-point: subtle but noticeable increases in pepper and body that signal a departure from the earlier notes that had taken on a bit of a chalky undertone. One thing that becomes increasingly noticeable is the slight color change that happens as the cigar heats up – the oily, dark brown Ecuadorian wrapper lightens up to a caramel brown color, and while I’ve seen this before, the contrast here is striking. Burn issues continue to hamper the cigar in the transition to the final third, which is making me think that this cigar needed some dry boxing before smoking. 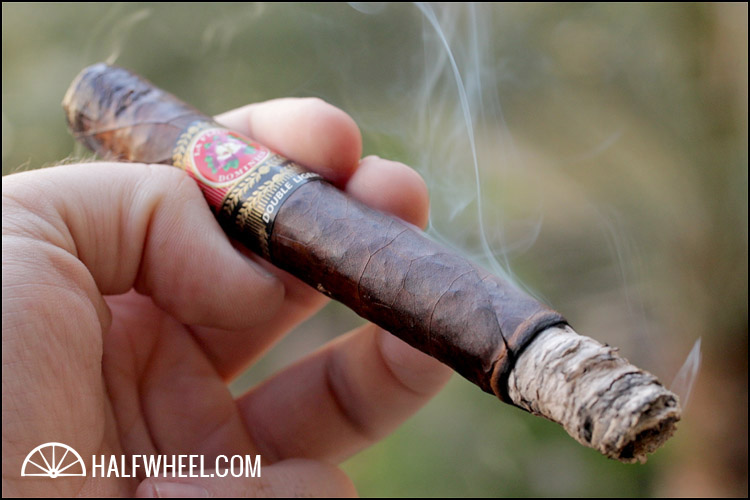 Things have definitely kicked into a higher gear when the final third rolls around, as the cigar is increasing the pepper component as it transitions to the flavor profile that most people would think of from La Flor Dominicana. It hits its peak right when it seems fitting to take the band off, lighting up the palate and the throat with ligero pepper and flavor, though it does offer a few points of respite that allow notes of seared steak to come through. If there was a payoff to be found in the A, it’s in this final third. The Bottom Line: While I want to love the A vitola, it has too often left me disappointed because it feels like it takes so long to get to the good part – in this case the bold spicy notes that La Flor Dominicana has become known for. The final third of the cigar is where you find the strength, and if that’s what you’re looking for, you’d be better off just grabbing a Double Ligero Chiselito or one of the smaller vitolas, as the first two thirds don’t offer enough to make you think you’re smoking a La Flor Dominicana. The progression is certainly enjoyable and educational, as the second half of the cigar provides a great case study in how flavors evolve and layer upon one another to create the final product, so if you have a couple hours to spend focusing on a cigar, this is a good one to do it with. The burn issues only compound the flavor issue, and ultimately make this a cigar for only the most patient cigar smokers wanting to experience a unique vitola.