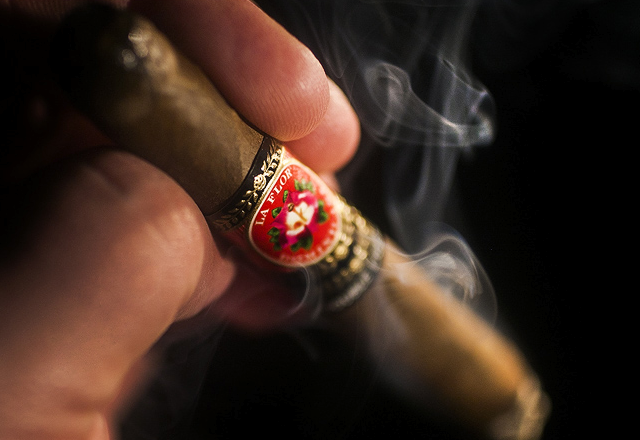 In July 2007, La Flor Dominicana produced 100 boxes of 20 cigars in their Double Ligero blend, but wrapped in a Cameroon wrapper instead of the normal Ecuadorian wrapper. The cigars were sold exclusively by Puff ‘N’ Stuff Cigars in Decatur, Ga, and each box was individually numbered and signed by brand owner Litto Gomez. One month after the first 100 boxes sold out, 40 more boxes of the exact same blend were sent to Puff ‘N’ Stuff, this time numbered 101-140.

Alan Tybor, owner of Puff ‘N’ Stuff, had this to say when the cigars showed up virtually unannounced:

These are here and I’m smoking one. I thought I would tell you guys about it. Litto hasn’t told me much about this cigar, so it was a surprise when it arrived today, It is a Double Ligero Cameroon. Holy shit! This thing is awesome! Very full bodied and spicy with a wonderful almost fruit like after taste. 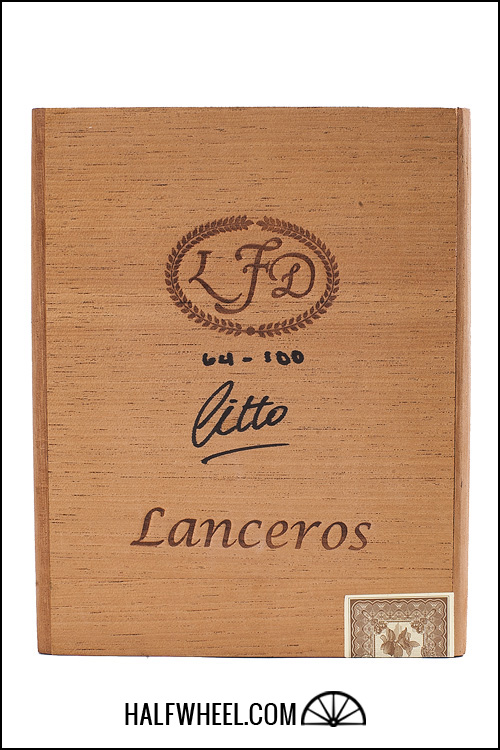 Interestingly, that same year, La Flor Dominicana also shipped 100 Double Ligero Culebras (7 1/2 x 39) to Puff  ‘N’ Stuff with each section of the Culebra using a different wrapper, and each of which included one of the same Double Ligero blend with a Cameroon wrapper as the Puff ‘N’Stuff release: 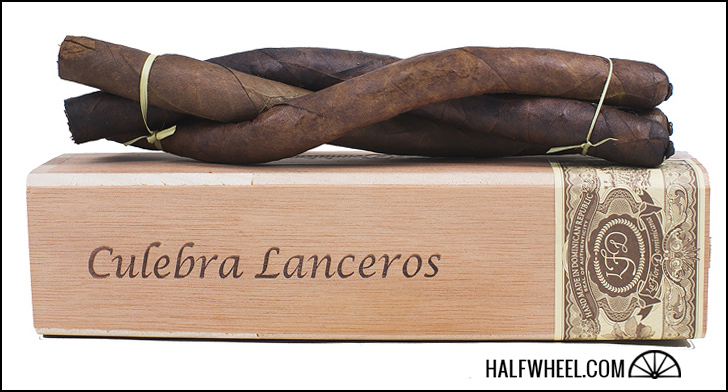 Over the years, Puff ‘N’ Stuff Cigars has had four different Limited Edition cigars produced for them, from two different manufactures. They are: 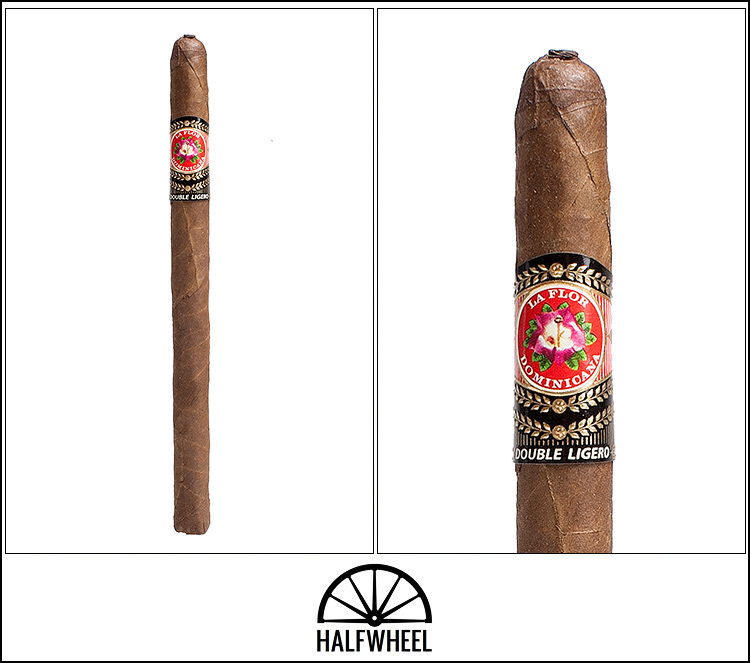 The La Flor Dominicana Double Ligero Cameroon Lancero is a wonderful looking cigar, with a rustic medium brown wrapper that has some tooth when touched. It is appropriately spongy when squeezed for a lancero, and there are a few minuscule veins running up and down its length. The cap has a small, cute pigtail that is glued down, and there is a noticeable box-press to the foot. The aroma coming off of the wrapper is intoxicating with strong notes of cedar, barnyard and sweet chocolate chip cookies.

The first third of the La Flor Dominicana Double Ligero Cameroon Lancero starts off with flavors of leather, oak, earth and espresso, along with just a little bit of spice on the tongue. I can taste the chocolate chip cookie sweetness distinctly as well, especially on the finish, and there is a massive amount of black pepper on the retrohale that does not seem to be calming down anytime soon. The smoke production is astounding, although it is a bit thin body wise, and the draw and burn are perfect. Overall strength is milder than I expected, but still ends the first third firmly in the medium range. 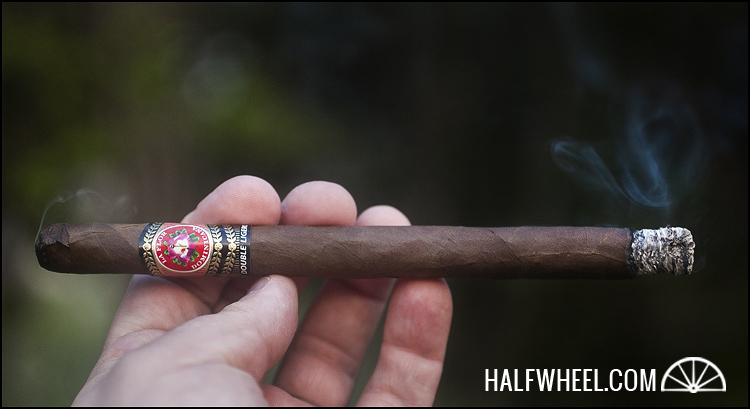 Starting the second third of the La Flor Dominicana Lancero, the profile has shifted noticeably to a more creamy and woody with other notes of milk chocolate, nuts, bitter espresso and earth. The chocolate chip cookie sweetness has changed as well, into a great sweet citrus, almost like an orange. There is less spice on the tongue, but the black pepper on the retrohale has not decreased at all. The burn and draw are still perfect and the smoke is still pouring out of it like a grass fire. The strength has noticeably increased ending the second third just below the full mark. 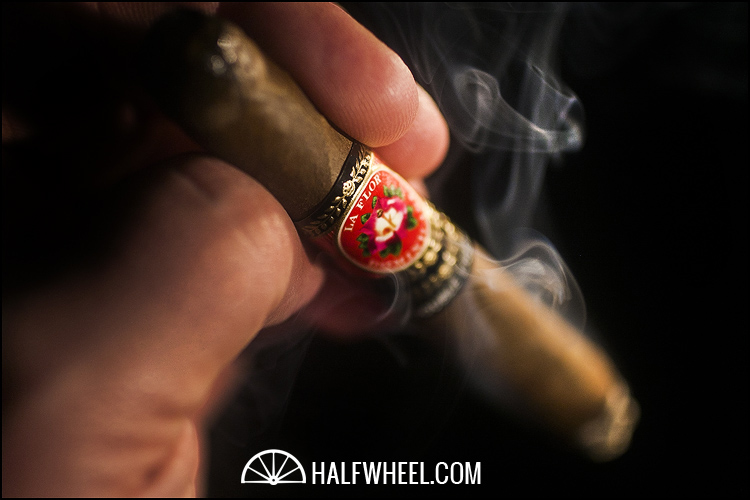 The final third of the La Flor Dominicana Double Ligero Cameroon Lancero sees yet another shift, turning more earthy with notes of bitter espresso, nuts, dark chocolate and a little bit of licorice. The citrus note has neither increased nor decreased, which is a good thing for the profile. Smoke production has picked up noticeably, and the black pepper has increase just a bit as well. The construction is still excellent, while the strength never quite reaches the full mark, but it comes damn close. 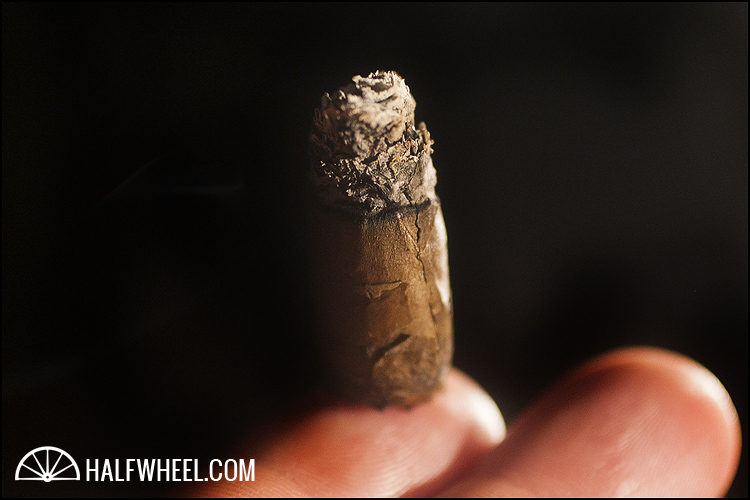 As I mentioned in my review of the Mystery, I find quite a few of Gomez's blends to be overwhelmingly strong, and that strength tends to drown out some of the nuances and balance that I know are in the cigars. After six years of age, this blend is the exact opposite of that: extremely complex, extremely balanced, extremely smooth and with absolutely phenomenal construction. They have aged very well, and in my opinion, there needs to be more made, post haste. For me, this may well be the best cigar Litto Gomez has ever produced under the La Flor Dominicana name.