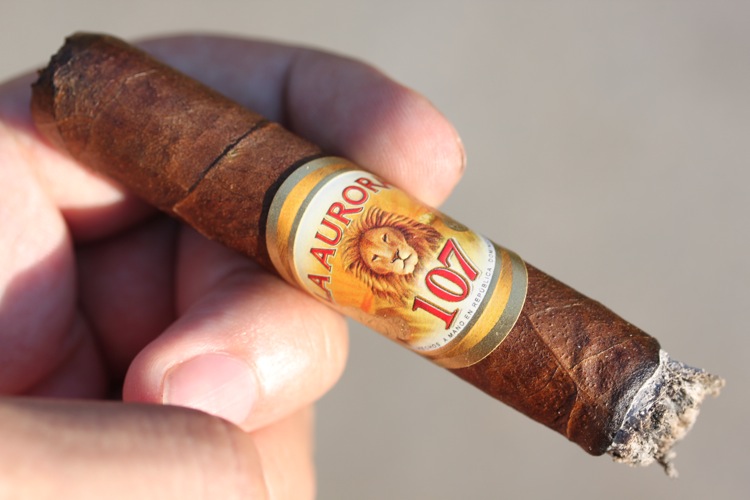 Where to start? I’ve already reviewed the La Aurora 107 Lancero once before and written have a few more posts on it, most noticeably here. What started as some people somewhat joking around on Twitter turned into a few-hundred boxes of one of the most notable Lancero releases of recent memory. It was almost a year ago when the conversation with Guillermo León and Jose Blanco was starting about the 107 Lancero, mainly spurred by just how good La Aurora’s 107 blend was in Corona form. I had already had the idea of Lancero50 at the time I first put up my thoughts on the 107 Lancero, so I knew going into what was an almost “first impressions” review of the cigar, I’d have time to pen a few more words on the cigar. Seemingly time has come, so after the jump, a cigar largely responsible for getting this site where it is today, the 107 Lancero. 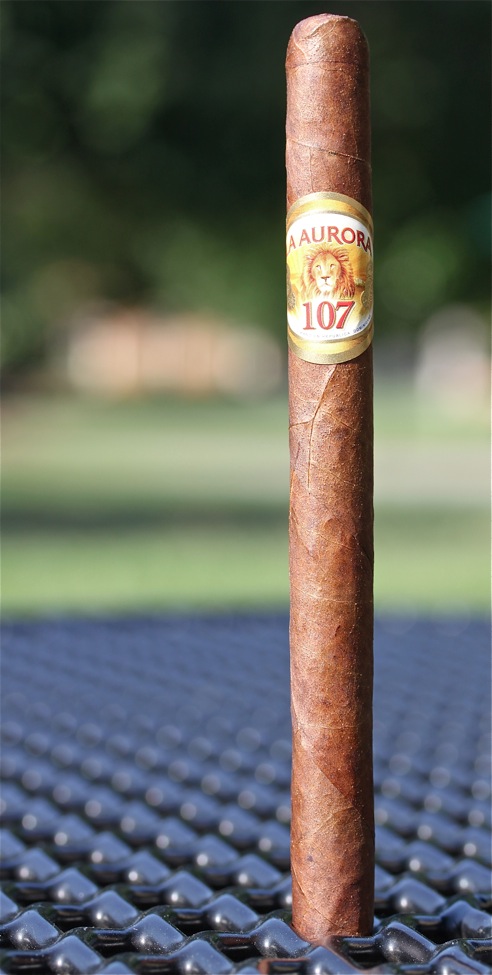 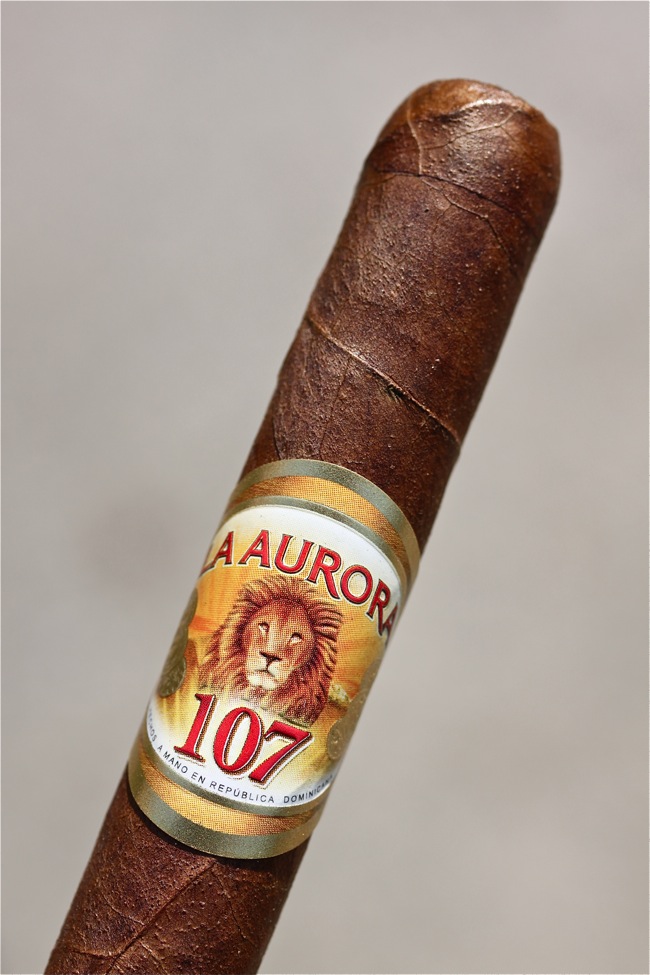 Today’s Smoke
I’ll be frank, the story of the 107 Lancero is here. I’d prefer not to copy myself, so some other interesting things that have come from this. For one, this site is largely where it is today because of this project. There was a bit of notoriety gained with this and it was the first foray the site took in terms of cigar news (although most of what we reported was likely not accurate.) More importantly, there are a lot of people I met through this cigar. And while I’ve never claimed that this process was anywhere close to objective, it becomes noticeably more difficult for something like this. Still, it’s a lot easier when the cigar is good.

I have smoked at least one 107 Lancero every week since they were launched, and it’s been an adventure ever since it came out. It’s got a dark leather appearance, with a bit of reds and fading, a great contrast to the lighter bands. Aroma from the Ecuadorian wrapper is a mix of cocoa and leather with touches of earth, medium-plus. Rolling has been utterly consistent with the 40RG being packed cleanly giving a slightly soft feel. The foot gives off cocoa, espresso and berries on a medium-full profile. 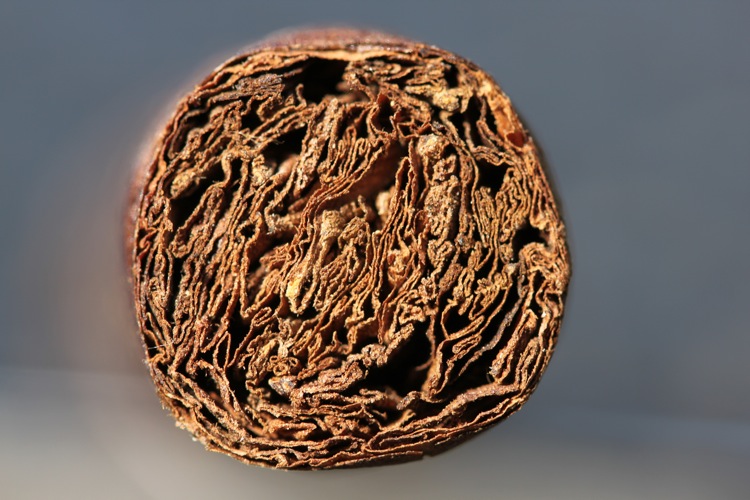 Lighting
With a few rare exceptions, I V-Cut the 107 Lancero, so today is no different. Aroma is this distinct concoction of espresso, orange peel and a bit of spice on the medium-full side of things. A slightly tight cold raw bits a musty cocoa over espresso with touches of sweetness and perfume adding some character on the fuller side of things. Lighting brings back the memories of that first time I smoked a 107 Lancero: cocoa, burnt woods and a touch of syrup. The first draw? That familiar nuts transforms into cocoa and cedar before orange peel and a more elementary woody note join for the finish. 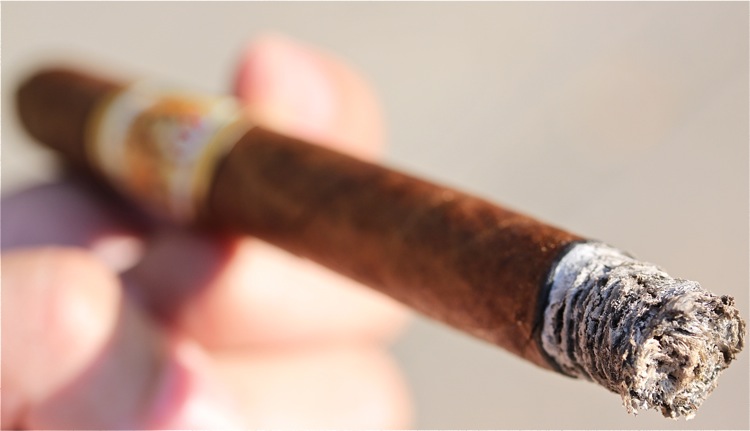 First Third
For those that haven’t had some of these since 2010, you’ll be a bit surprised at the gradual increase of body that has occurred. The La Aurora 107 Lancero is quite a bit fuller from where it was as a younger creation. Leather, cedar, a toasty cocoa and nuts create the fullish profile that sees a bit of herbal spice from the retrohale. Finish is sweet leather with cocoa and a lot of pepper overtaking the place of the herbal spices; full and medium plus in length. Strength is still medium with a solid burn producing inch long chunks of medium-colored ash.

Second Third
The La Aurora becomes a bit more refined: cedar, oak and earth over a cocoa sweetness with some more of that herbal spice; still full and quite a bit different than the first third, despite the lack of completely new flavors. Finish brings a deepening of a familiar nut that outlasts the rest of the core with a bit of spice still left over from the retrohale. The aroma changes from a toasty oak, to a more tobacco and cedar note, but that’s where the 107 Lancero shines. Construction is flawless, each draw brings clouds of smoke reminding me each time why I love this cigar so much. Strength is still medium, body still full; a great mix altogether. 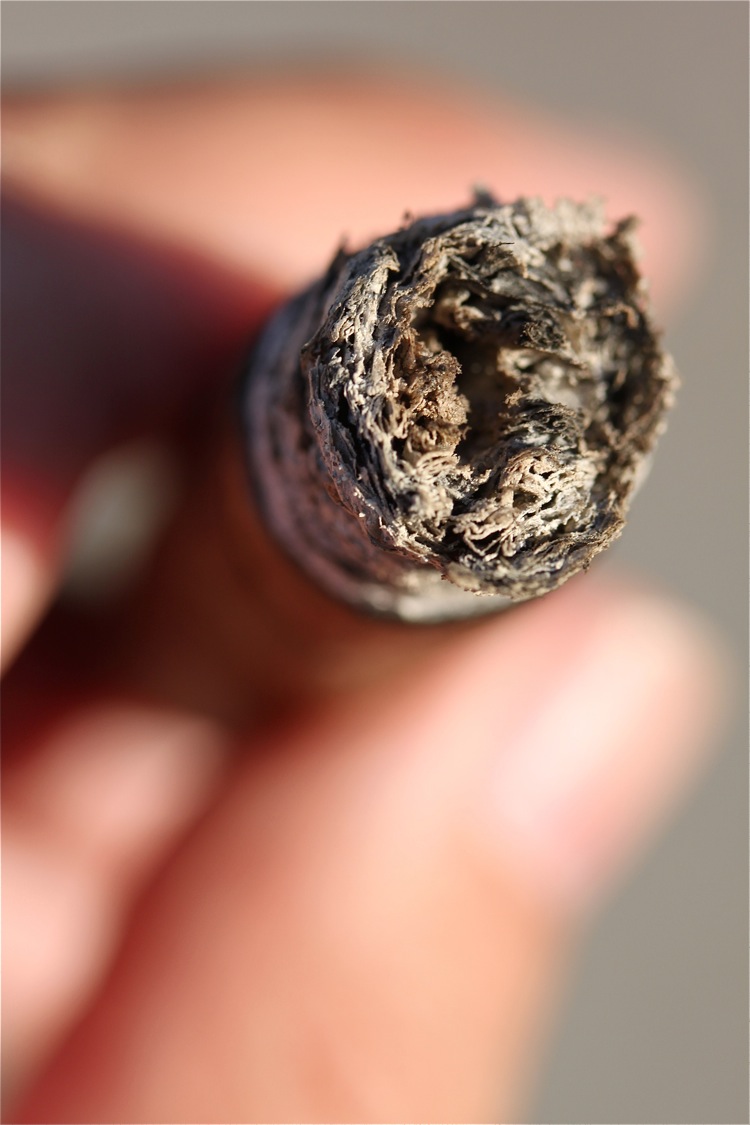 Final Third
I’ve noticed that the La Aurora 107 Lancero is relatively consistent through the first two thirds, but the active final couple of inches brings something a bit different every time. Expect toastiness, cocoa, nuts and leather. Orange peel, tobacco, vanilla, meatiness and earth have also been known to show themselves towards the end. Finish is equally unpredictable, toastiness and cedar seem to be the staple, but fruits, herbs, perfume, vanilla, meatiness and pepper are also known to be present. Construction is consistent until the final puff, which normally occurs with about an inch left, when the cigar gains some heat. Strength does reach medium-plus most of the time, a great finish to an always enjoyable experience.

For the Novice
The cigar teeters on the line of too full. An increase in body is really what moves this into the questionable area. I don’t believe I can comfortably say this is a good cigar for a new smoker, but we aren’t too far off here. It’s definitely good for being a cigar new smokers should get to, but a meal might be needed. 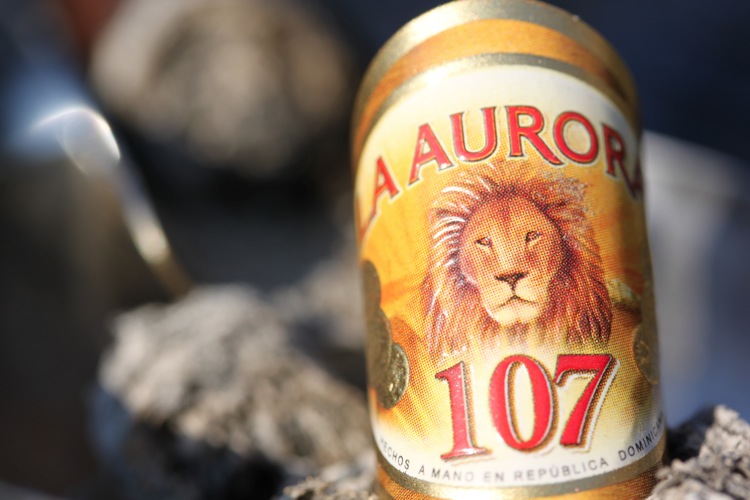 In the End
This cigar will always hold a special place in my heart (or humidor), fortunately it’s actually a really good cigar. While it’s not El Laguito No. 1, this is one of the best constructed Lanceros on the market and when you smoke as many Lanceros as I do, it shows. Smoke production is unbelievably good, and with the increase in body, this cigar becomes something more than just a good cigar. I do think that the Corona is still the best vitola in the line, but the Lancero is still my favorite for aforementioned other reasons. What’s most surprising is how much this cigar has added with even an elementary amount of aging, something I don’t think many suspected.