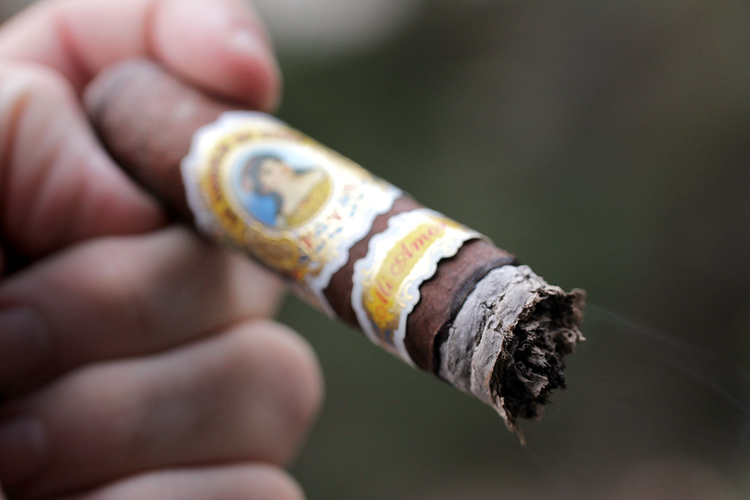 The Mi Amor Robusto Limitado is rolled for Ashton at My Father Cigars S.A. in Estelí, Nicaragua, the second La Aroma de Cuba line to get the Pepín treatment after the Edicíon Especial in 2009. The binder and filler are grown by the Garcías, while the wrapper is a Cuban seed that comes from the San Andrés Valley outside of Veracruz, Mexico.

At the March 2011 meeting of the Tobacconist Association of America, a variety of cigars were available for purchase exclusively by TAA retailers, a happening that has become increasingly common over the past few years. The most recent list included:

Incidentally, the last TAA meeting was March 25–29, 2012 in Los Cabos, Mexico. Dates and location for the 2013 meeting have yet to be announced.

If you think that a Robusto seems like an odd vitola for a special release, you’re not alone. The rest of the La Aroma de Cuba Mi Amor is fairly standard offering:

The Duque was the latest addition to that list, being announced in mid-April. You’ll notice that the line has yet to offer a vitola under 50 ring gauge, making it the only one of the three La Aroma de Cuba lines to omit a sub-50 ring gauge shape.

And here’s a picture of the box of the Robusto Limitado TAA Edition: 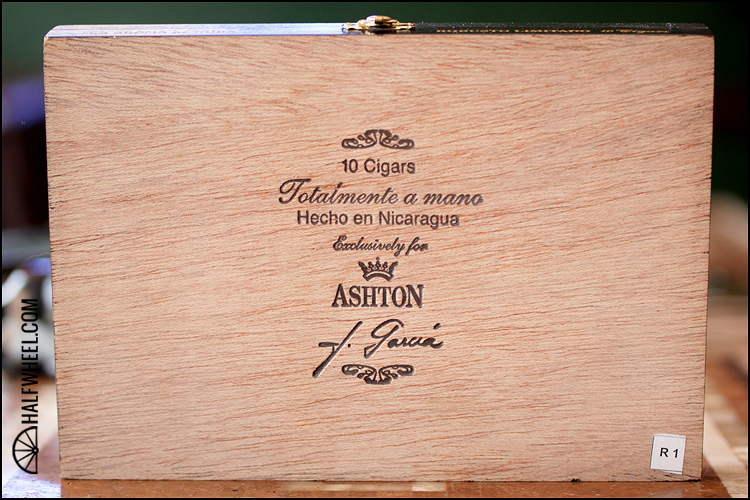 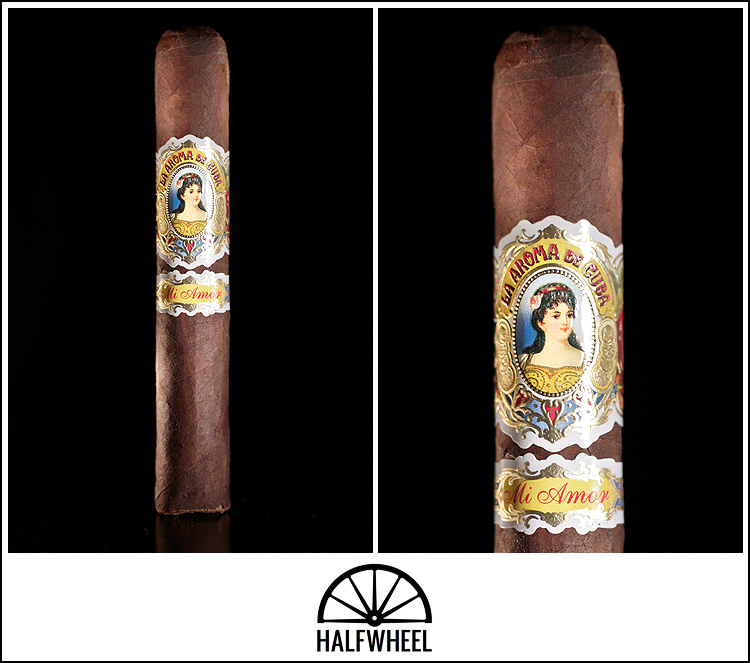 A complex earthy note with soil, chocolate, barnyard and a bit of wood all fighting for attention mark the pre-light aroma with notes of meat and coffee grounds hanging around as well. This aroma jumped off the third cigar reviewed as soon as it was pulled out of the wrapper, the only one of the four cigars to do this. It was also much spicier than the other three cigars smoked. Cold draw is easy and a bit lighter than the pre-light aroma would have suggested, with a note of tangy wood leading the way followed by some coffee, chocolate cake and chocolate sauce tagging along but with no real spice to be found. The Mi Amor’s wrapper is fairly veiny – though they are small veins and don’t detract from the appearance, but rather add a bit of rustic beauty to the cigar. There’s a fair amount of give to it and the cold draw shows how the air moves through the cigar without resistance.

Earthy notes that have become synonymous with the Mi Amor lead off the first third with some clay and chalk standing out – a great way to taste the terroir of the tobacco. There’s a bit of pepper on the retrohale, but it’s not overwhelming. A dry, spicy tingle that just sits on the tongue throughout the first third, backed by a woody, nutty taste that is very enjoyable. 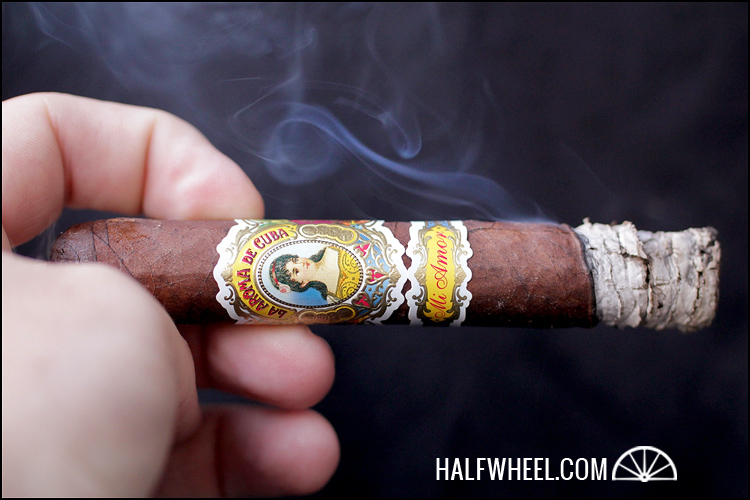 Flavors bounce around a bit in terms of intensity in the second third of the La Aroma de Cuba Mi Amor, but remain rooted in an earthy core. It’s safe to say that if you didn’t like the first third of the cigar, you’re not likely to find many changes later on that will have you singing its praises. The flavor adds a bit of chewy sweetness towards the midway point, though it plays backup to the core flavors that have been developing since the first puff. The Mi Amor has performed flawlessly to this point, with a sharp burn line, strong white ash and consistent smoke output. 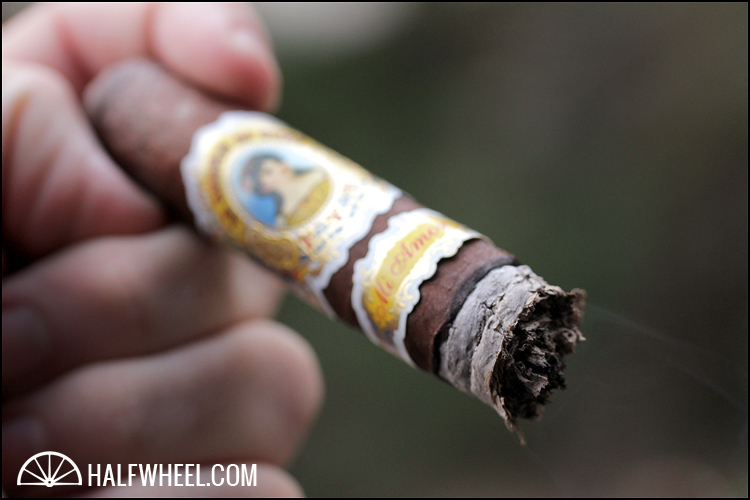 Consistency of flavor dominates the final third though the smoke dries out a bit thanks to a more pronounced chalk note, though there are a few puffs that are tough to palate due to a overwhelming combination of spice, heat and some bitterness. Nuttiness enters the equation as well – a particular note of peanut butter on toast stands out before it’s time to let the cigar burn out. 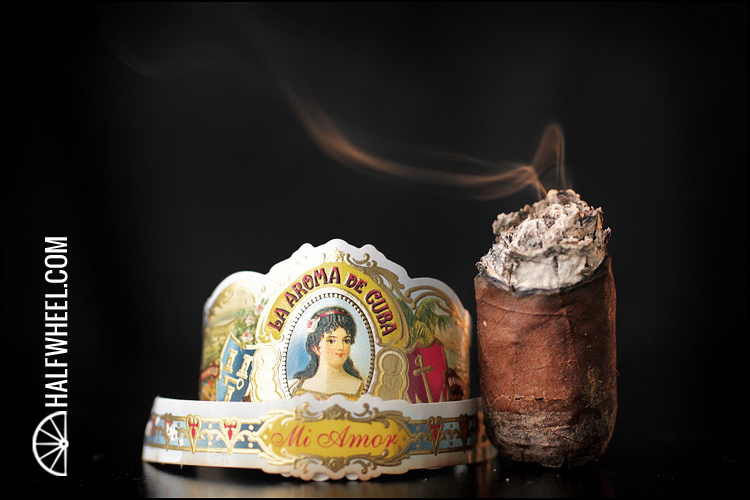 The Bottom Line: After the first cigar, I was pretty convinced that the La Aroma de Cuba Mi Amor Robusto Limitado would earn a no-brainer 88 or 89, though each subsequent cigar gave me reasons to both add and subtract points. Having been fortunate enough to smoke a few of these over the course of a few weeks, it crossed my palate in numerous situations and with a variety of accompaniments. Every time something new seemed to pop out, each solidifying it as one of my favorite Mexican wrapper leaf cigars. While the Belicoso seems to concentrate the flavors on the palate just a bit better, there’s nothing to be mad at in this more compact vitola, and I see a few more ending up in my humidor before they’re sold out.