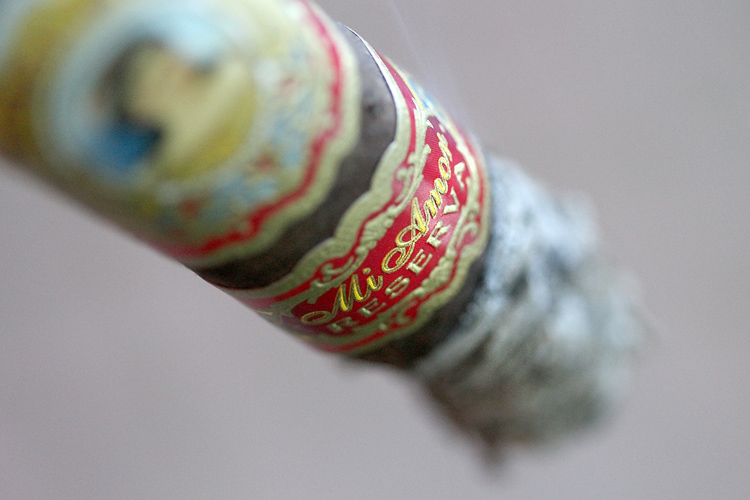 Back in July, we heard murmurs that Ashton was preparing a new La Aroma de Cuba as a follow-up to the Mi Amor. The La Aroma de Cuba Mi Amor Reserva was announced shortly before the IPCPR trade show when Ashton informed a handful of top accounts via a letter.

Here’s a copy of that letter: 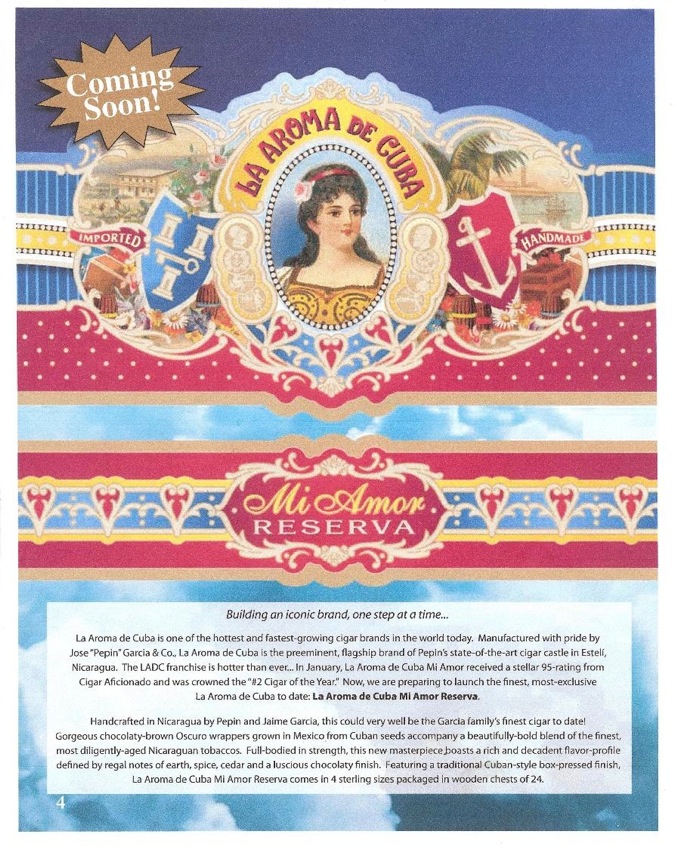 The four box-pressed sizes are: It’s dark. The Mexican wrapper has a deep earth hue with a few prominent veins that is contrasted greatly by the bands. While it’s quite rectangular, it’s not the extreme box-press that many of the candy bar-looking cigar. Aroma is sweet cocoa over barnyard, medium-full and somewhat sensible. From the foot there’s much more cocoa, some red pepper and a bit of earth, significantly stronger than the rest of the Mi Amor Reserva.  Cold draw is cocoa, earth, sweet peppermint that reminds of a candy cane and some acidic earth. Draw is slightly tight, but none of the three samples I smoked gave me any reason to concern.

The first third starts somewhat bittersweet with earth, herbs and a touch of cedar. Much to my delight, the candy cane note makes an appearance, but I wish the smoke production was a bit better. The Romantico starts with medium flavors that are quite lengthy. Eventually the traditional Mexican notes emerge with a defined sweet cocoa, earth, a bit of maple syrup and some peppermint. Smoke production is medium, strength is medium. Into the second third and the Mi Amor Reserva is dominated by earth. It continues as midway through the sweet earth is now firmly in control of the profile with a lessened cocoa, sweet leather, some acidic earth and an occasional fruitiness. Much to my delight, the smoke production picks up. Strength makes a pretty noticeable jump to medium-full. A few touch-ups are required, but at times there is two inches of ash. As the final third nears, the cocoa note returns. It’s a welcome change, as the fruit also takes a noticeable step up in position. There’s a touch of spice that seemed in the background for the first two thirds that is now firmly into its own. Smoke production actually increases in the final third, which was a bit shocking, but nice. With an inch left, I decide to call it a day, as smoking down to the nub on the first sample led to an intense harshness. The Bottom Line: None of Ashton’s Nicaraguan offerings have come close to dethroning the legendary Ashton VSG on my personal totem pole, but the Mi Amor Reserva might be the closest. It’s not a completely different taken on Mi Amor, it’s a bit more muddled than the regular Mi Amor, but there is a feeling of a lot more flavors. The shining difference is the fruit, maple syrup and candy cane notes—all details rarely found in most cigars, but prevalent in all three samples. Price is steep, even amongst the Ashton portfolio, and that might end up being the biggest problem.