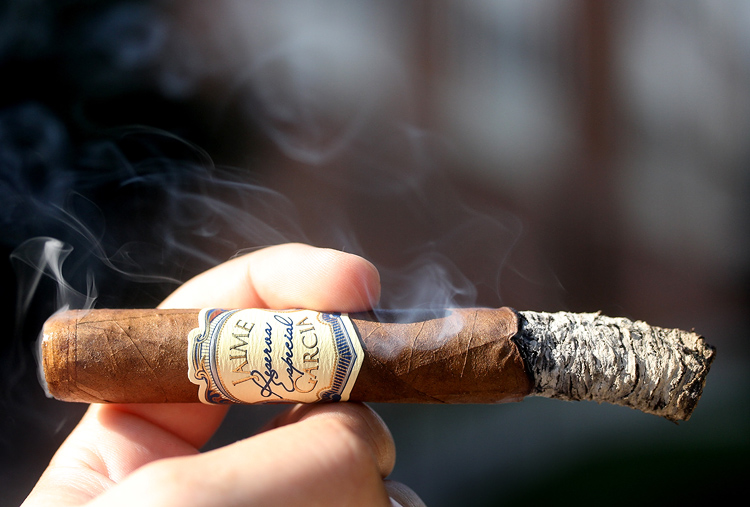 Back in May of this year, in the midst of a variety of regional editions coming from My Father Cigars Inc. and Pete Johnson’s Havana Cellars, whose cigars are made by My Father, a regional edition for accounts in Louisiana, Nebraska, Oklahoma and Texas was announced, the Jaime Garcia Reserva Especial Sur Oeste, which translates into southwest.

According to this post, Sur Oeste, which translates into southwest, will head to the region covered by P.J. Poehler, which includes Texas, Oklahoma and others in the centrally located southern portion of the U.S. Habana Port describes the story behind the cigar and a brief description:

During a recent trip to Nicaragua, Jaime Garcia finally conceded to me and 15 retailers what we already knew: My Father Cigars needs to introduce a blend to attract new and milder smokers to the MFC line of products. While this would greatly expand the MFC customer base, Jaime was only willing to make such a blend in limited quantities.The Sur Oeste, AND our special, exclusive arrangement with Jaime, is the result.The Jaime Garcia Sur Oeste (Spanish for Southwest) is a very special blend developed and produced exclusively for the south-central region of the United States (ie: no retailers outside the Poehler territory will have access to it). A Nicaraguan puros made in Esteli, Nicaragua, the Sur Oeste offers a medium-mild strength, a medium body and plenty of spicy Nicaraguan flavor. Though milder, Jaime maintained a continuity between the Sur Oeste and other MFC brands by providing complexity and flavor robust enough to satisfy all but your most die-hard, full-body/strength smokers.

So far, 400 boxes of each size have been commissioned and are scheduled for a July release.

While the release was originally expected for July, by the time IPCPR rolled around in August, José Ortega, vice-president of sales for My Father, admitted to us the cigars were still nearing shipping. Almost two months later, in late September, the Louisiana-based Habana Port, the same retailer who broke news about the cigar, announced the Sur Oeste has finally arrived.

Once again, the three sizes are: The Nicaraguan wrapper shows noticeable veins and some oil on what is a fairly dull brown. As soon as the Sur Oeste is out of cellophane, the dullness is gone replaced by tons of sweet brownie notes. As for the foot, the cocoa returns with paprika, red pepper and a touch of bark. The cold draw of the Sur Oeste gives dry bittersweet cocoa, wet earth, grassiness and hints of pepper with the perfect amount of resistance.

The first third begins unlike any other Jaime Garcia-banded cigar I’ve smoked, rather Cuban. There’s a great pepper on the tongue quickly followed by some nuts and cedar followed by movement of the pepper to the back of the throat. Overall, it’s still not entirely there in regard to being a carbon copy of a Havana, but the nuts and cedar are in Cuban form and definitely far from the standard Jaime Garcia line. Unfortunately, the uniqueness dies down a bit and the flavor becomes a more familiar mixture with the nuts and cedar still dominating over some dry cocoa, creaminess and the pepper on the throat. The smoke production has increased enough from the beginning to be slightly above average, while the draw remains close to the center, a touch on the looser side. Into the second third and the core of the Sur Oeste seems to be becoming more difficult to discern. The nuttiness is lost quite a bit behind the cedar nots while the cocoa turns a bit sweeter as i mold with the creaminess. Additions to the flavor profile are a distinct grassiness and toastiness, but the profile is best described as a series of somewhat minor changes as opposed to a dramatic progression. Strength is on the lesser side of medium and enough to quality it as the lightest My Father I’ve smoked, it’s also completely unchanged from the first third. Construction is fine, but there are touch-ups needed a few times, particularly around the middle portion. 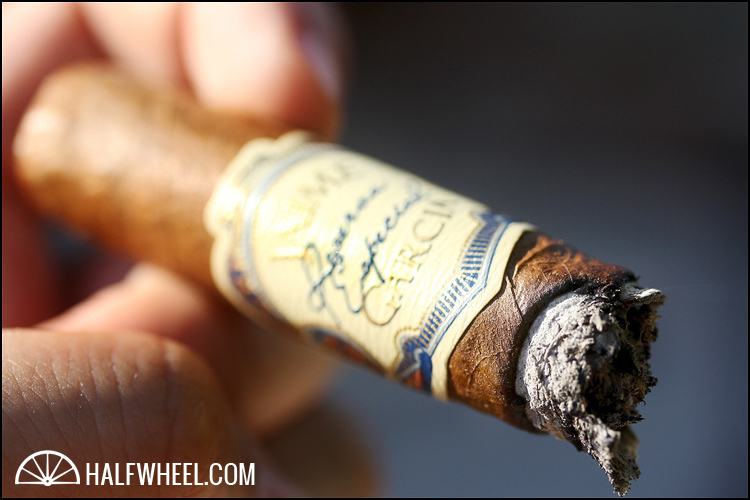 I wasn’t really anticipating it, but the final third of the Sur Oeste is completely different. The cedar notes have gained a maturity and depth that was entirely not there in the first two thirds. While the creaminess doesn’t change much, the nuttiness is effectively completely gone although the added earth and floral notes are nice additions. Pepper remains, although the sharpness is noticeably lesser. While it has the same band as the Jaime Garcia Reserva Especial, the Sur Oeste is an entirely different cigar. Strength is toned down, flavors are of a completely different nature and the entire approach is just a lot different, but not in a bad way. Up until the final third, I was ready to simply write this off as another example of starts great, gets progressively less interesting. That's not the case, as the final third provided some surprises, but for me it's not enough to truly put it thoroughly over the top of a laundry list of cigars with the same band that were truly something special. This is a good cigar, one that I enjoyed, but one that might get lost in the shuffle of some of the better cigars coming out of the My Father factory. The saving grace? Price.