When the news started circulating back in 2010 that Dion Giolito of Illusione would be releasing a new project called Singularé, the ears of cigar consumers picked up with attention and anticipation. The cigar that followed shortly thereafter received a good amount of critical acclaim and seemed to only further establish Giolito’s credibility as a talented blender who was developing a brand comprised of high quality cigars.

With only 1,000 boxes of 15 cigars made that first year, demand began to outpace supply and the cigars quickly found their way from retailers’ shelves to consumers’ humidors. With Giolito announcing that the Singularé would be an annual release, fans waited for the cigars to return the following year.

Except they didn’t return in 2011. There was word they would be back, but they never showed up. The reason? Giolito was experiencing production delays with his regular cigar offerings and on December 9, 2011 posted a Tweet saying that he didn’t think it made sense to release a limited production cigar with so much of a backlog on the regular production cigars, a number that had been pegged at somewhere around 500,000 cigars.

That announcement certainly came as a disappointment to many who were hoping to see what Giolito had up his sleeve for the sophomore release of this new line. However, it also came as a indication that something may be amiss at Fabrica de Tabacos Raíces Cubanas S. de R.L., the factory commonly known as Raíces Cubanas, and the one that had been cranking out a steady stream of highly regarded cigars. It was—and still is—home to almost all of Giolito’s regular production cigars, but news of the delay on the 2011 Singularé also brought news that Giolito would be moving its production from Raíces Cubanas in Honduras to Tabacos Valle de Jalapa S.A. (TABSA) in Nicaragua. That factory is owned by Eduardo Fernández, the principal in AGANORSA S.A.

Giolito announced that the 2011 and 2012 Singularé releases would be pushed back to 2012, with an original release date of May set but an actual arrival at retail in July. Both cigars seemed to fall short of the mark set by the 2010 Singularé , which seems to be reinforced by the fact that they can still be found on the primary market.

The announcement that 2013 Singularé would be back this year came in July, and the cigars that come with the name Rose Croix were sold at the 2013 IPCPR Convention and Trade Show with the hopes of being able to deliver them in November. A slight delay pushed them back to December, but they began arriving at stores ahead of the Christmas holiday.

As with seemingly every Illusione product, there is an interesting backstory behind the name. Rose Croix means pink cross in French, and is commonly associated primarily with two things: the Rosy Cross, a Rosicrucian symbol that is identified with some Masonic Christian and para-Masonic groups; and the Scottish Rite, a Masonic Rite known as Rose Croix in England and Wales. There also happens to be a Rose+Croix Journal, a publication of the Ancient Mystical Order Rosae Crucis, what Wikipedia describes as “a worldwide philosophical and humanistic fraternal organization devoted to ‘the study of the elusive mysteries of life and the universe.’”

For Giolito, the name is a reference to the Scottish Rite Rose Croix degree, the 18th degree of that tradition. He declined to elaborate beyond that, which resulted in several Google searches that turned up a wealth of information yet not really enough to provide more than a somewhat vague description for this venue. While plenty has been written about the Scottish Rite and other Freemasonry societies, trying to deliver an accurate representation of what the Rose Croix degree is proves to be a challenge. What I hope to be the start of an adequate summary comes from Wikipedia, which describes degrees past the first three in Freemasonry to “represent a lateral movement in Masonic Education rather than an upward movement, and are degrees of instruction rather than rank.”

For the backstory of the Singulare’  line, here is how Illusione’s website lists the project:

The Illusione Singularé line has now grown to four releases:

*The 2011 and 2012 versions were released at the same time and in the same box, with boxes featuring seven of one cigar and eight of the other, depending on the box you got.

As with all past Singularé releases, the 2013 edition comes in boxes of 15, which look like this: 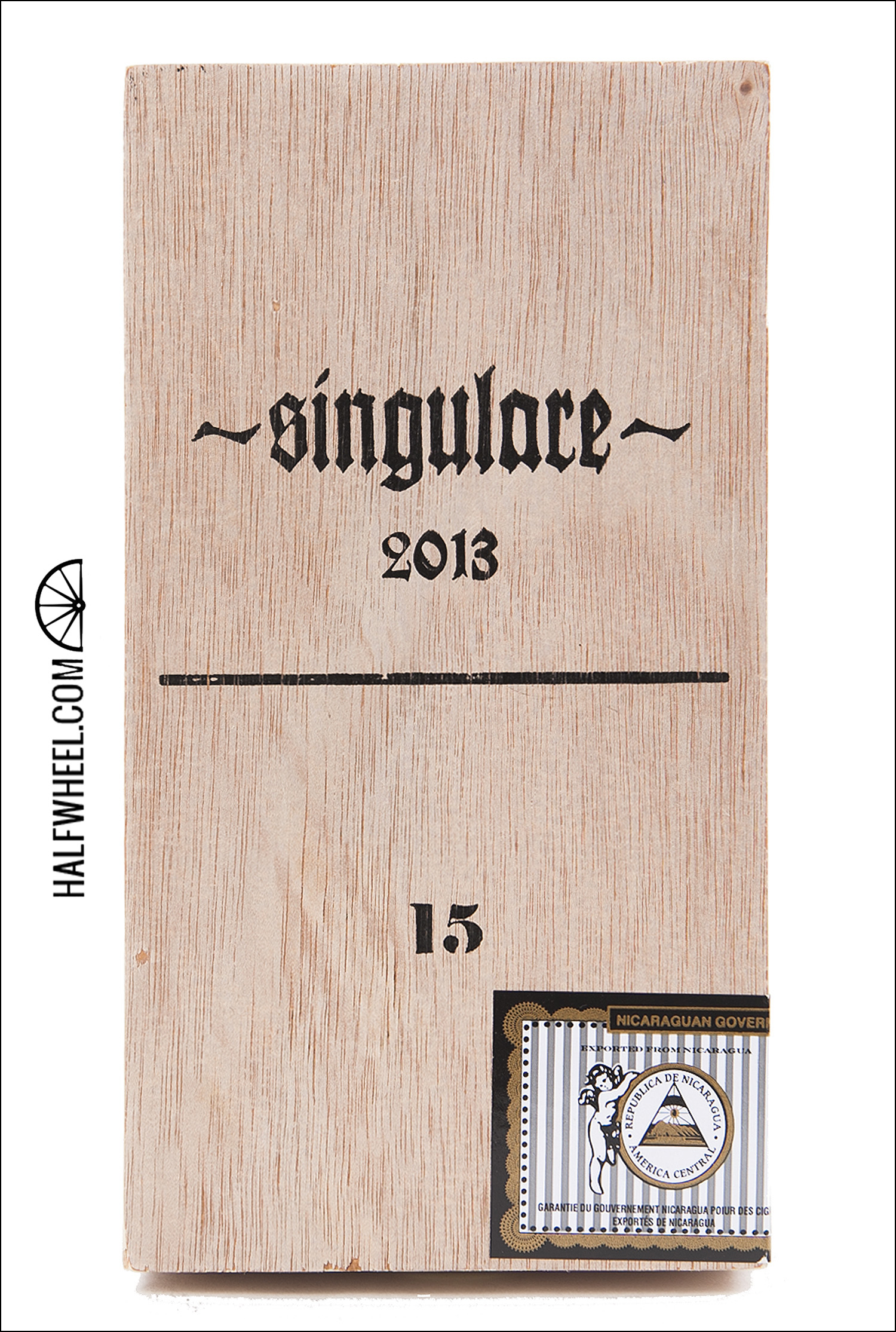 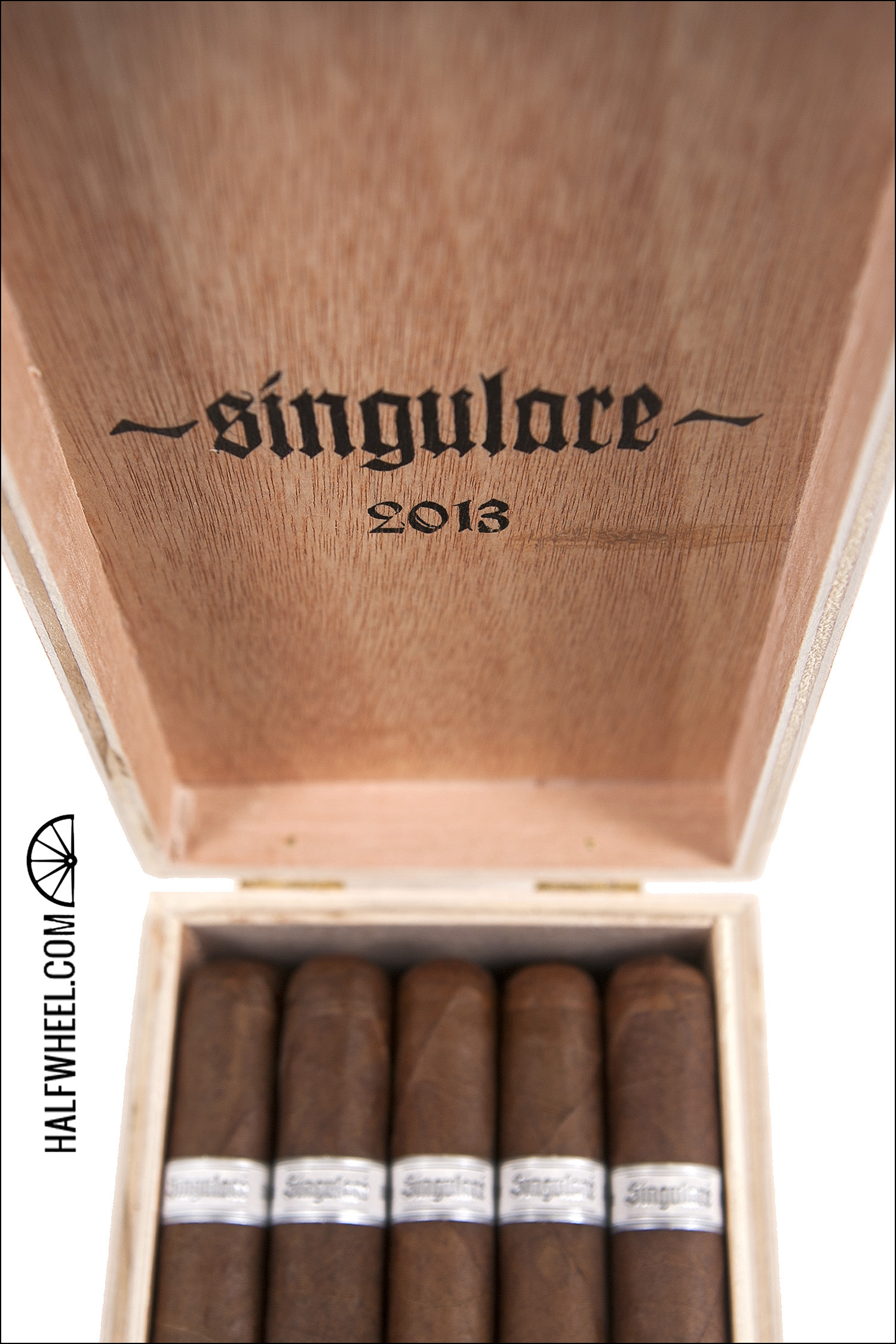 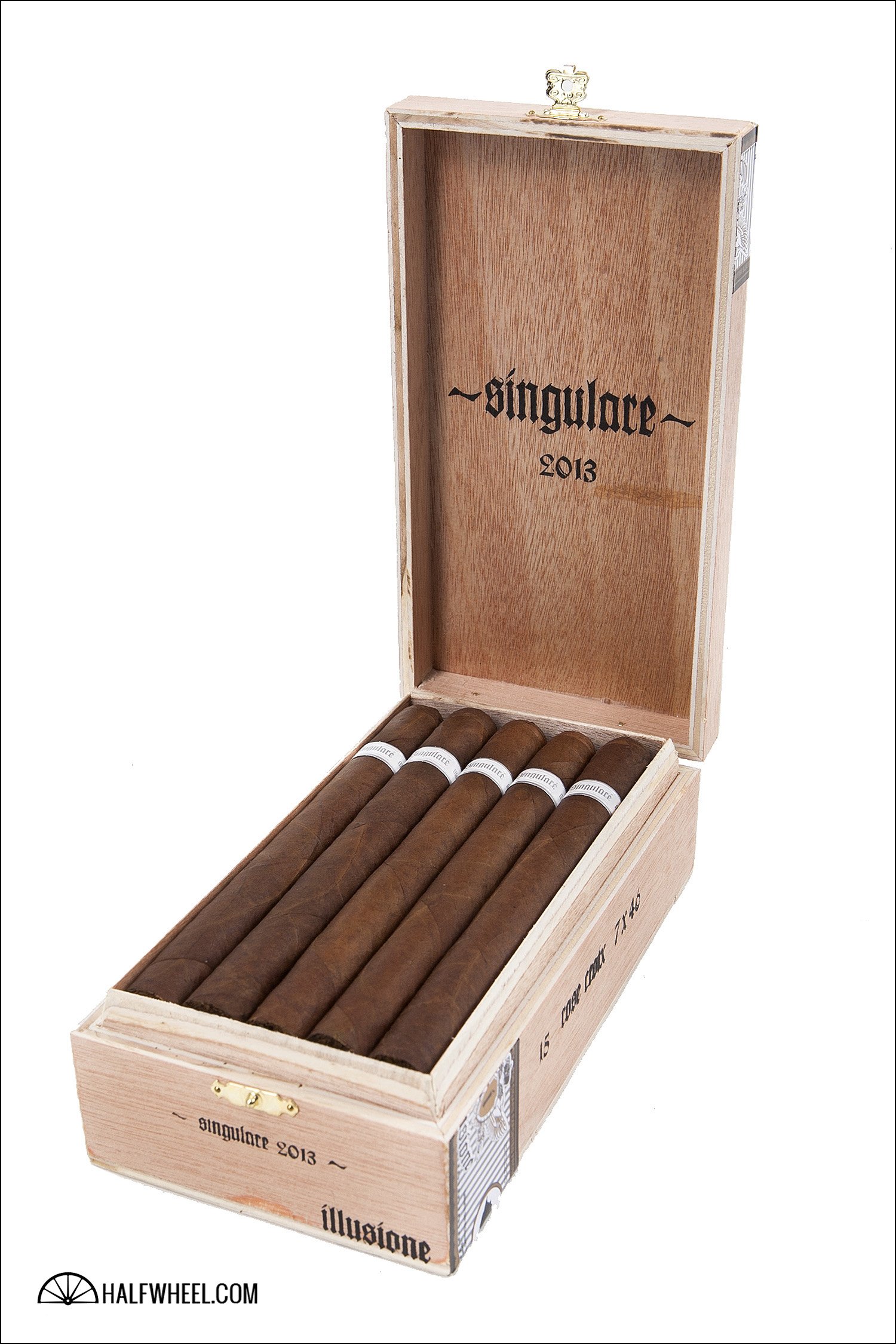 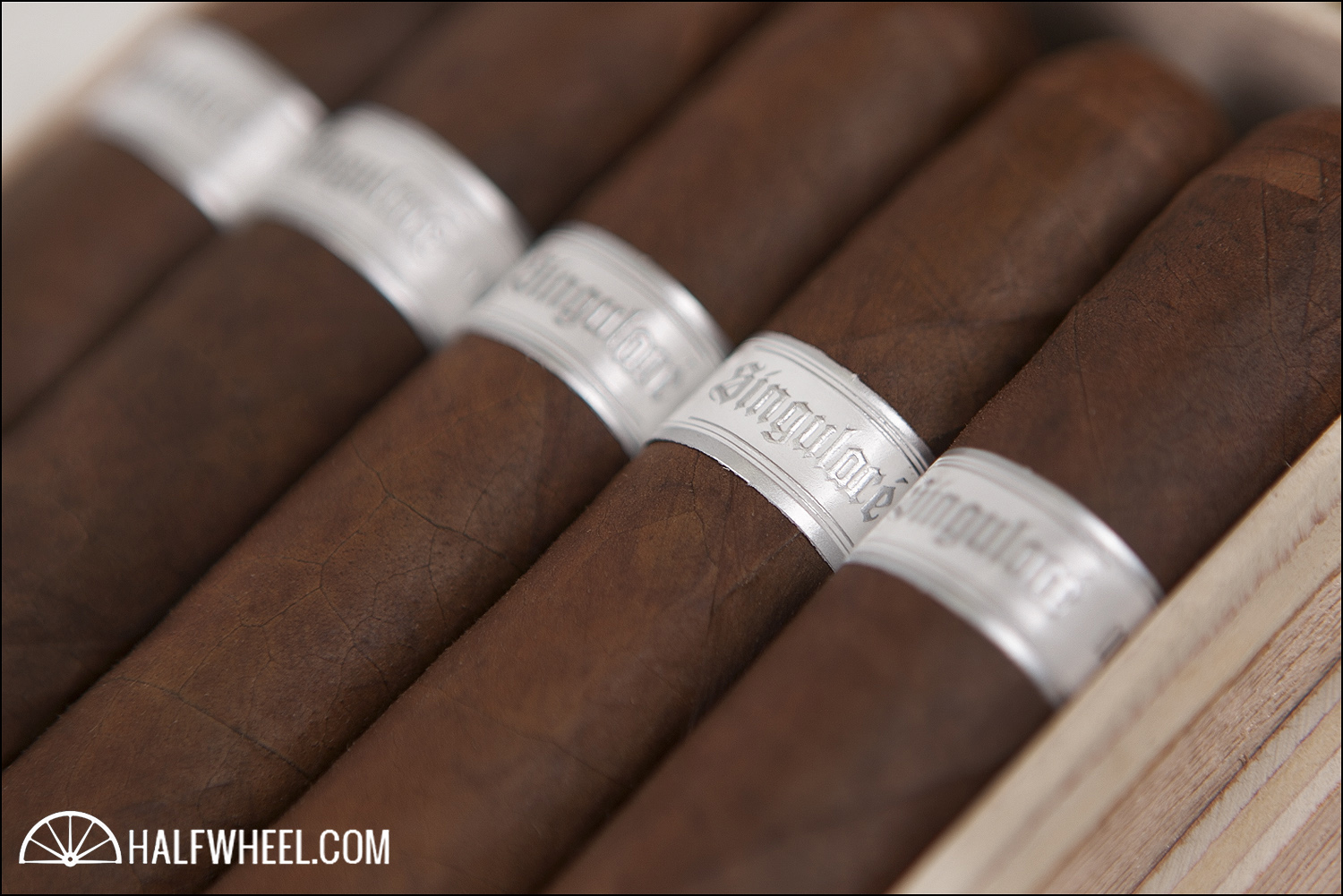 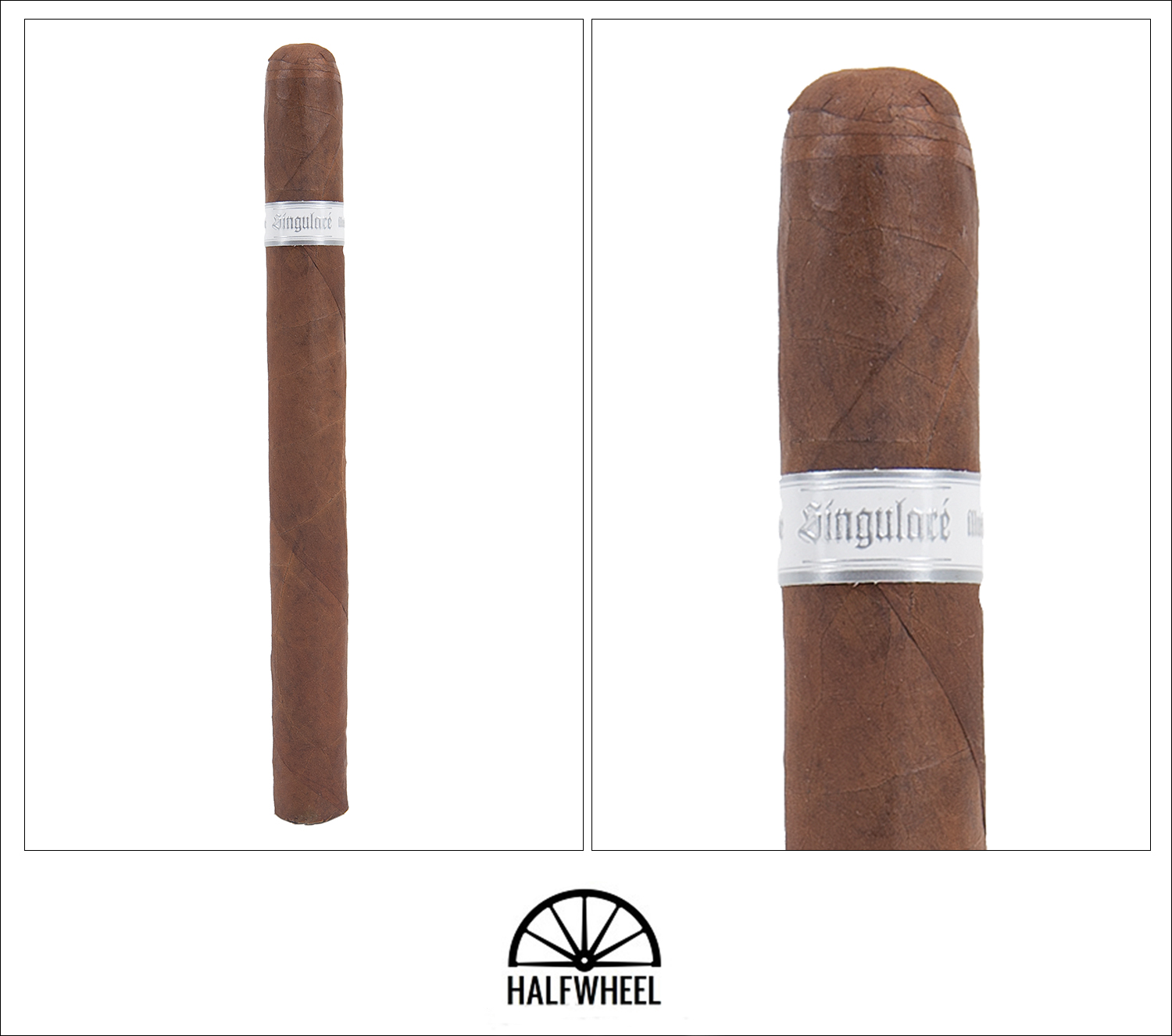 At first appearance, the Illusione Singularé 2013 Rose Croix doesn’t offer any over the top embellishments or visual traits that make it standout, but that is in fact what makes it such an appealing cigar. It is a gorgeous shade of brown: what I would describe as between a colorado rosado and colorado maduro, with a good bit of sheen and some toothiness. The veins are prominent and the roll isn’t perfectly smooth, allowing for a bit of give when squeezed while also showing the occasional firm spot. The band is the same one that has been used on previous Singularé releases, white and silver with a black EL on the backside indicating that it is a limited edition. The pre-light aroma coming off the foot is slightly sweet, with notes of cherry and a touch of cinnamon stick at first impression, with a bit of leather in the background. The cold draw on two of the cigars is much too easy and shows hardly any resistance, while the other two are much more dialed in. Both deliver notes of chocolate with just the slightest hint of pepper, and even a touch of mint was found.

The first puffs are smooth with a pinch of white pepper and allow for an easing into the Illusione Singularé 2013 Rose Croix, but it only takes a few more and both some sweetness and more pronounced pepper notes start developing and the cigar begins to show itself. The first retrohale has plenty of pepper but manages to remain enjoyable, though in measured amounts. The burn line starts to go a bit askew in the first inch, while smoke production is average at its lowest levels and picks up from there. Notes of leather and wood are subtle but present on the palate while the pepper notes tend to grab most of the attention—particularly in the nose—yet are far from overpowering, earning this cigar a mild-plus or medium-minus rating as far as strength in the early going. It is very clean and balanced, almost to the point of being refined beyond what most tobacco tends to deliver. The intensity of the flavors begins to back off in preparation for the second third, remaining present but subdued and drawing the senses into them as opposed to reaching out for them. 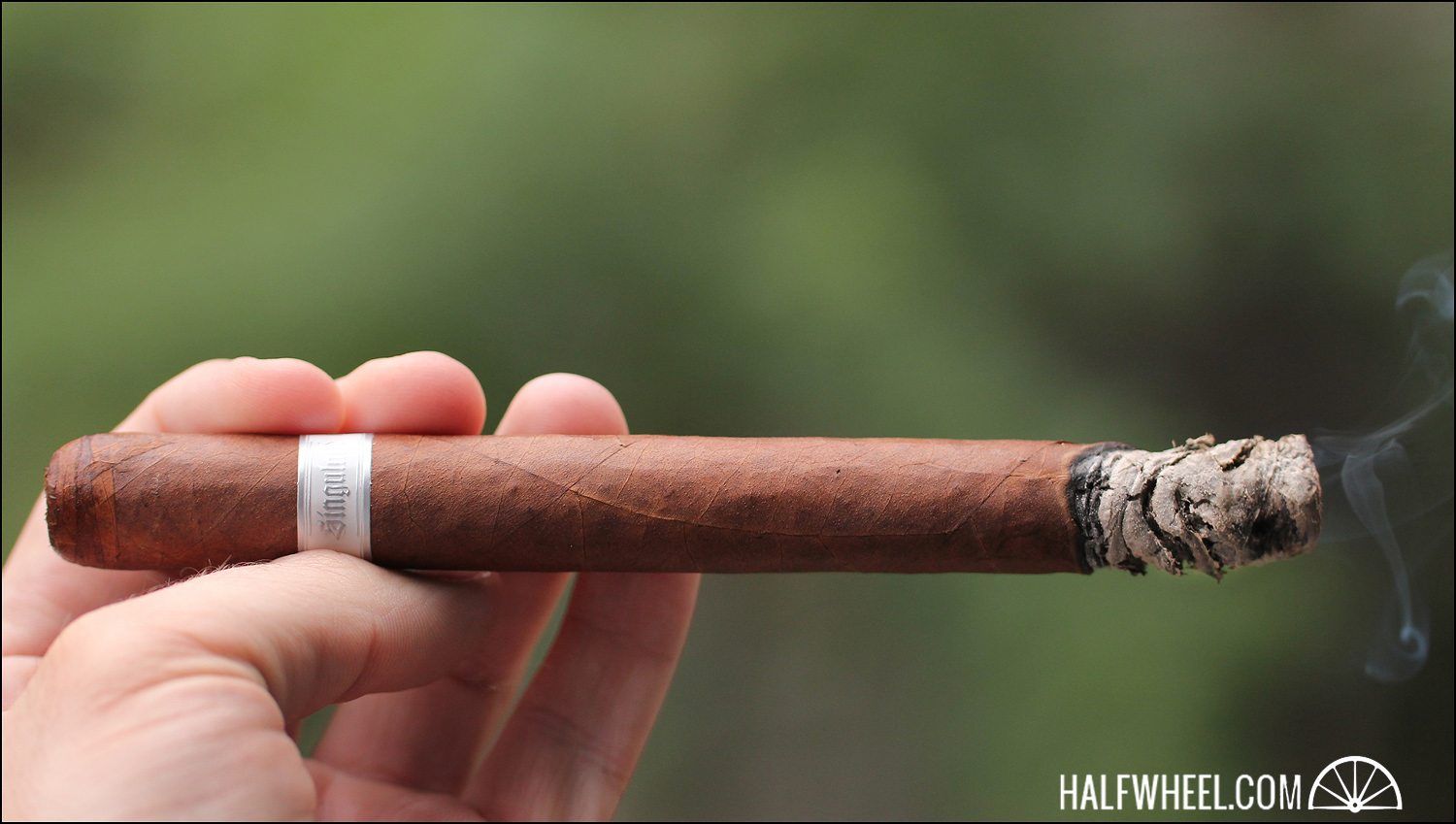 The Illusione Singularé 2013 Rose Croix mellows out quite noticeable at the beginning of the second third, which allows for a resting and clearing of the taste buds and olfactory receptors. The nose is the first thing reengaged by the cigar, with a fairly light note of warm wood wafting off the cigar as it rests, followed by a touch of sweetness on the tongue and an increasing creaminess. It’s just a bit doughy at first before returning with a more pronounced wood note and very gentle pepper, giving it a mild-medium body and strength. Past the midway point, there is an increased amount of pepper on the retrohale and is now much tougher to retrohale just the smallest amount of smoke. The smoke seems to add just a touch of thickness as it moves into the second half, while the burn line has gotten itself corrected and is burning much straighter and evenly. 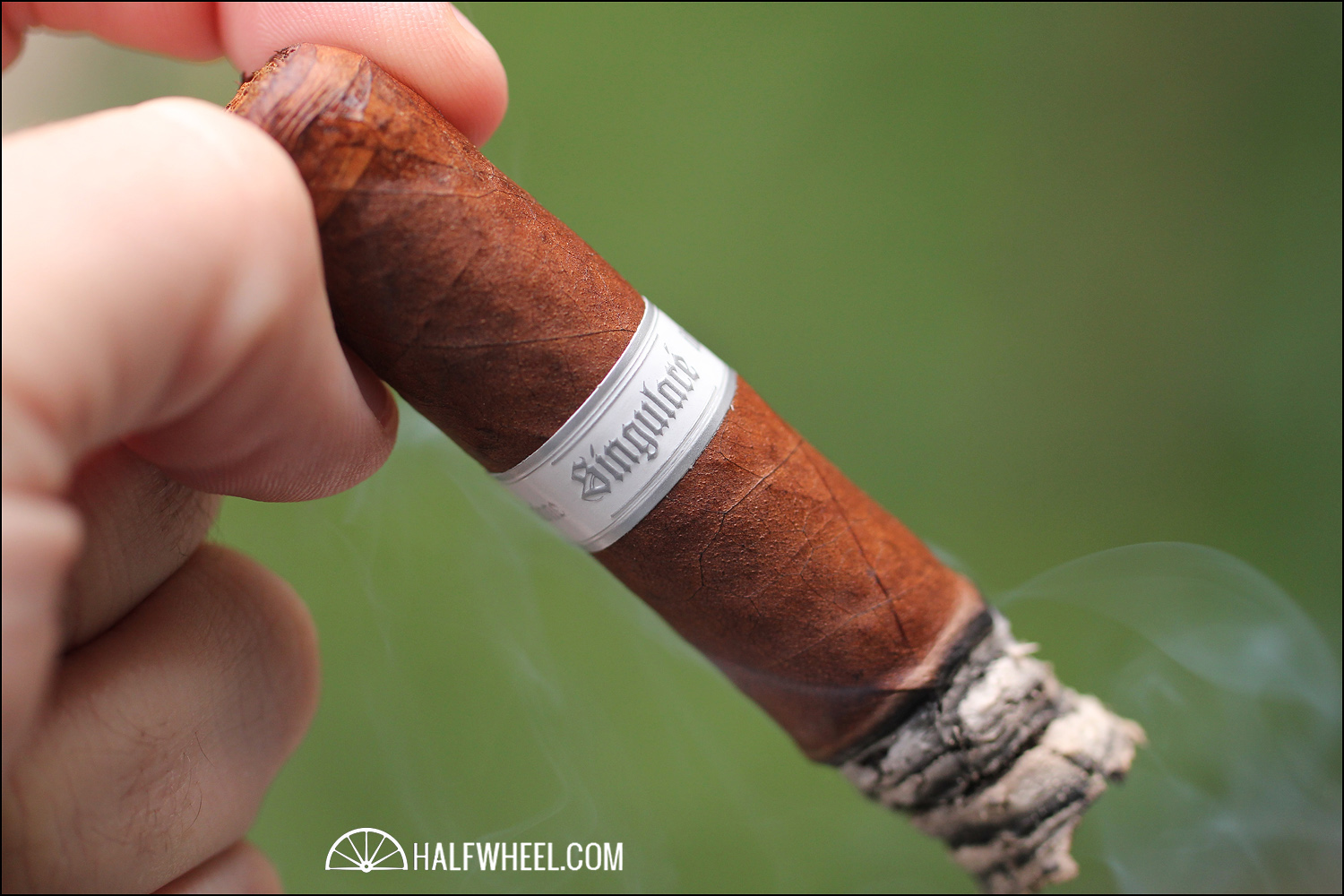 The final third proved to be the one with the most differing results. Among all four cigars, a very distinct but mild leather note starts to come out in the cigar’s aroma at the beginning of the final third, which starts to slowly morph into a chewy, chalky note that takes the burn line to the band. However, when it’s time to take the band of the Illusione Singularé 2013 Rose Croix off, things finish in a number of different directions. On the first cigar, a new note comes along that combines just the slightest bit of toasted wood with a thick, cherry sweetness that shows off a completely new side of the cigar. On another, it was just a touch sour and didn’t have any sweetness. Two cigars presented a much more vibrant wood note, almost sharp on the tongue that again hadn’t been found previously. The final third will either seal the deal that this cigar is a winner or leave you questioning its final approach, an unfortunate and unpredictable way end to what had been a fantastic cigar otherwise. 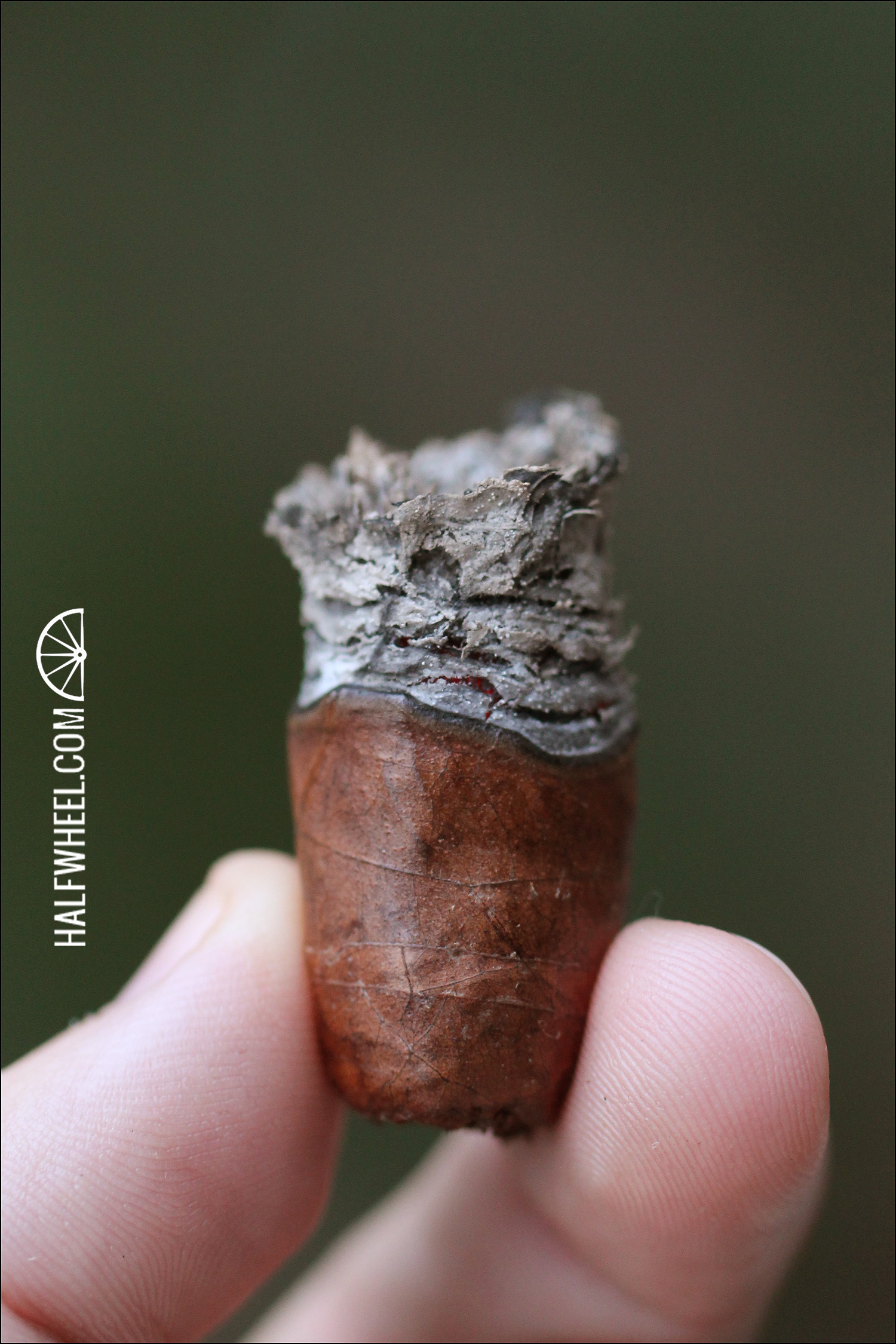 Every so often there are cigars that leave me really struggling to accurately pin a number on, sometimes due to consistency, sometimes because to get the highest possible score out of a cigar you have to give it your undivided attention. After my first Illusione Singularé 2013 Rose Croix, I had some concerns about the technical performance but the flavor profile kept my attention and had me rushing to smoke another. After the second, I was a bit concerned by the flavor but the burn and draw were much better. The third cigar had me worried on both fronts—a very loose draw, some soft spots and a final third that seemed to contradict everything the cigar had been about up to that point, while the fourth left me thinking that the final third might just be a bit too rough for my preferences and thoughts about how the cigar should end. While I don't think this year's Singularé matches up with the 2010 version, it stands well above the 2011 and 2012 releases, yet based on the four cigars I smoked for this review, I'm wondering if I wouldn't be in the same conundrum if I'd have smoked a full box of 15 for this review, which calls into question the consistency of the cigar and what the next one might hold. I have no doubt that the first two thirds of the cigar will age well, but I'm hoping and praying that time can work some magic on the final third. At this point, it's definitely worth picking up a handful and trying, with the caveat to be wary of the final third adversely impacting your impressions.