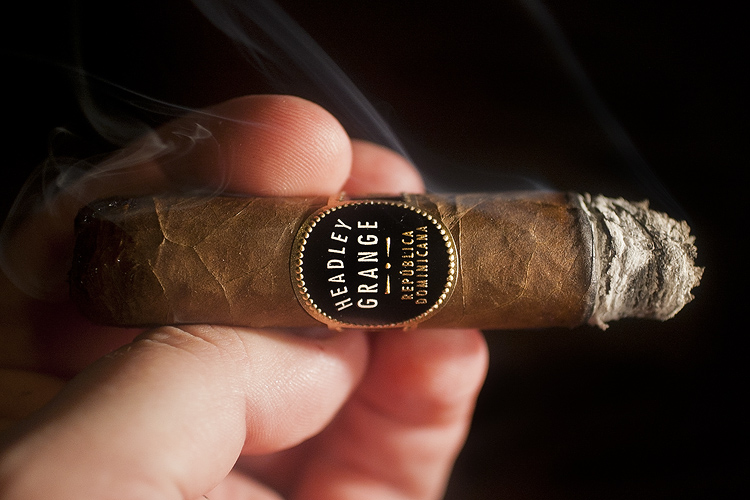 Way back in February of this year murmurs started flying about the followup to Crowned Heads’ popular debut, Four Kicks. Jon Huber announced the cigar, which was then known as “Project HG”  in an email and gave a few details about the release—which he also announced would be available for the first time at the IPCPR show which starts today in Orlando.

While the name Four Kicks, the initial release of Crowned Heads, was inspired by the Kings of Leon song by the same name, Headley Grange is actually the name of the building in England where Led Zeppelin recorded parts of the album IV, among others.

Huber has said that he wanted to blend a cigar that tasted the same as the distinctive drum beat in the song “When the Levee Breaks” which was recorded there. As with Four Kicks, cigar legend Ernesto Perez-Carrillo Jr. is producing the cigars for Crowned Heads at his company’s factory in the Dominican Republic.

I wrote about all of the new sizes of the Headley Grange last month: 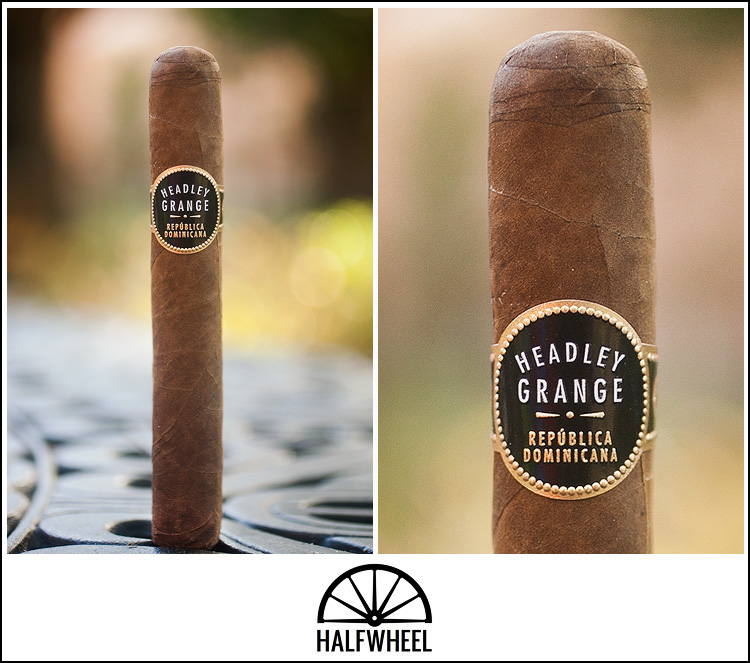 The wrapper is a great milk chocolate brown color with a few prominent veins, but fairly smooth to the touch other than that.  It is perfect when squeezed and the slight box press is a nice touch. It smells slightly of barnyard, sweet cedar, hay and leather.

The first third starts with a strong leather note, along with some sweet fruit, maple, hay and creamy cedar. There is a slightly bitter undertone—but it is not overly strong—only noticeable, and does not last long. Just a touch of spice on the lips, but it never gets beyond that. There is some black pepper on the retrohale, but it is not overly strong at this point, and there is almost none in the mouth. Burn is wonderful and the draw is perfect. Strength starts and ends as a mild medium by the end of the first third. 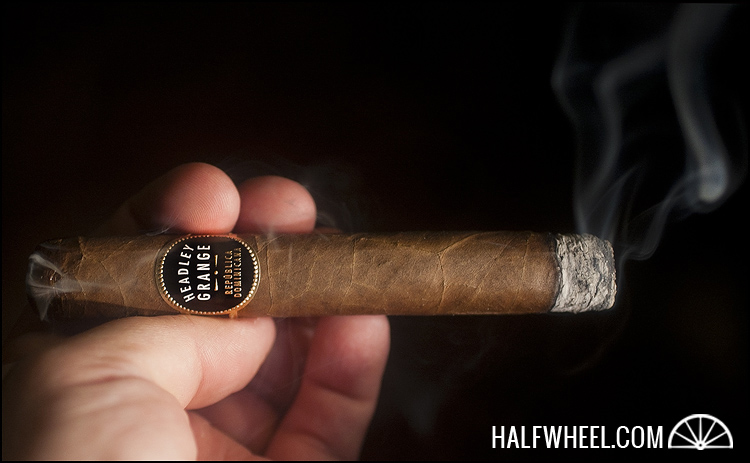 At almost exactly the halfway point, the Headley Grange’s profile changes dramatically. First, a really great flavor that I can only describe as a doughy, sweet chocolate note. It does not stick around longer than 10 puffs, but it is quite distinctive for the time it is there. After that flavor fades, but is replaced by notes of earth, leather, nuts and just a touch of cinnamon. The largest changes are in the strength and the amount of pepper, both of which really start to pick up right at the halfway point, and continue to get stronger until the end of the cigar. The pepper note reminds me strongly of wasabi, a combination of pepper and spice with some heat behind it. However, the flavors are quite balanced with the strength, and the overall effect is quite pleasing on the palette. The construction remains excellent, both burn and draw. 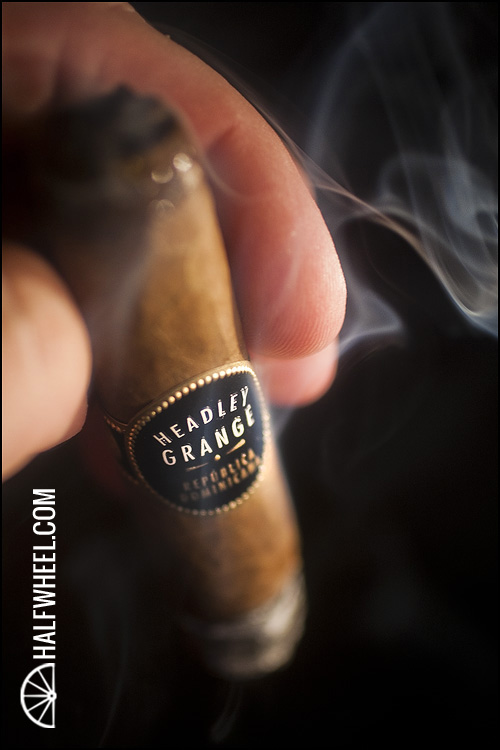 The final third sees the strength continue to increase and the flavors continue to change. The wasabi note is still very much in the forefront on the retrohale and the flavors of dark chocolate, espresso, earth, hay and leather fight for dominance. While the creaminess from the first third increases, the sweetness is totally gone. The strength continues to increase as well, hitting the full mark and staying there for the rest of the cigar, but not going any further. The burn and draw continue to impress as well, and the Headley Grange is easily nubbed—not even getting warm at the end of the smoke. 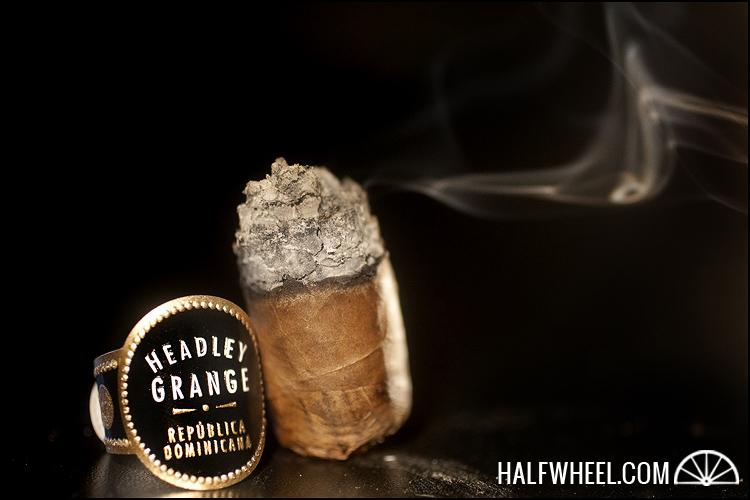 If this cigar were a book, I would call it A Tale of Two Halves. The first half is nice and even with just a touch of pepper and strength, and some nice enjoyable flavors. You are thinking you have everything down, you already know how it is going to end, and then the whole profile goes crazy. At almost exactly the halfway point, things change dramatically. While I would prefer a slightly smaller ring gauge, the trunk press makes up for it, and it is an easy cigar to smoke and enjoy. It seems to me that the Crowned Heads people are trying to produce a cigar that is different from Four Kicks at almost every turn: trunk-pressed instead of round, stronger medium, strong black pepper and wasabi notes, almost totally different profile, etc. It's a very good cigar—one that I could smoke at any time of the day—and I predict they will fly off the shelves once people try them.