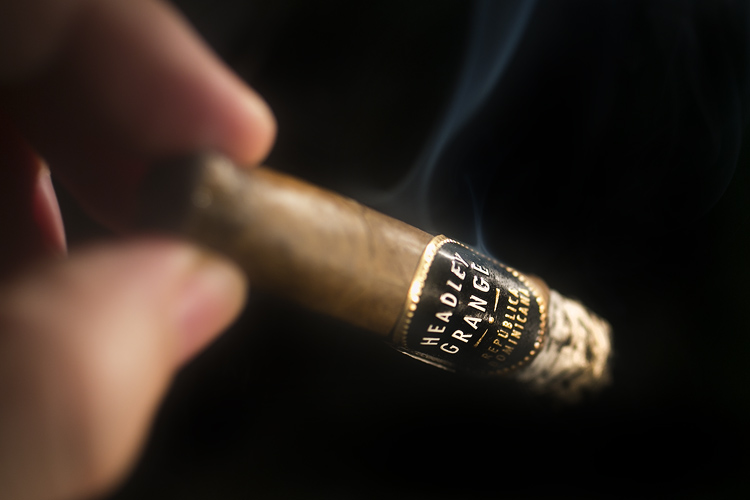 In mid-September, Crowned Heads made it official: the company would have a limited edition released based off of one of its current lines that would debut later in the year. It was rather predictable for a few reasons. For starters, the company has made it clear they were ready to announce another limited edition. Second, the company did the exact same thing last year.

For 2012, it was the Mule Kick, based off of the company’s Four Kicks line. This year? A Lancero for Headley Grange.

Unlike last year, where the narrative of the motives behind the limited edition included discussion of darker wrapper, the Headley Grange Drumstick is said to include an internal blend tweak and the cigars appear identical in color to the rest of the line.

Headley Grange debuted last year in the form of the Estupendos vitola . Earlier this year, the Nashville-based company   released the four additional regular production sizes. With this being the first addition to the line since, Headley Grange stands at six vitolas currently: 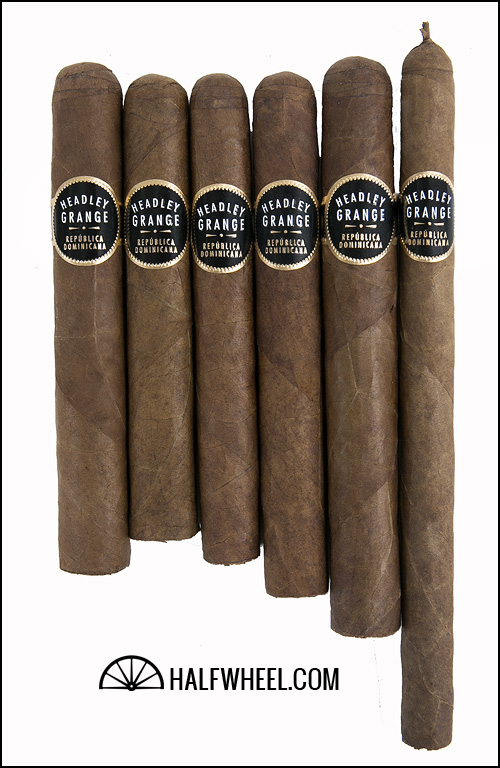 As Brooks Whittington explained last year, the name of the line has musical roots:

While the name Four Kicks, the initial release of Crowned Heads, was inspired by the Kings of Leon song by the same name, Headley Grange is actually the name of the building in England where Led Zeppelin recorded parts of the album IV, among others. (Jon Huber) has said that he wanted to blend a cigar that tasted the same as the distinctive drum beat in the song “When the Levee Breaks” which was recorded there.

The person who Huber went to with the request was Ernesto Perez-Carrillo Jr., the head of E.P. Carrillo and the Tabacalera La Alianza S.A. factory where both Crowned Heads and E.P. Carrillo cigars are made. Perez-Carrillo is also a drummer, which helps to explain the name chosen for this year’s limited edition. 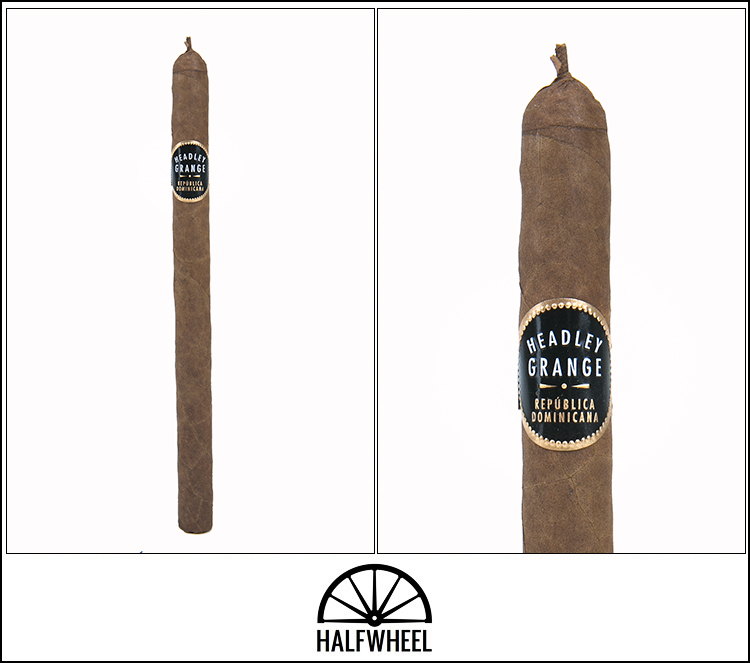 There is no secondary band proclaiming the Drumsticks limited edition status, although it is the only size in the line to carry a pigtail. The Ecuadorian Sumatra has a familiar roughness as the rest of the line, but it appears to be rolled cleanly. I did find a common hard spot right below the band on all five of the cigars I smoked. While there is a bit of leather from the wrapper, I get a much more interesting cereal and spice mixture from the foot of each cigar. The cold draw was somewhat similar: spices, woodiness, orange, touches off coffee and a bit of black pepper on the back of the mouth.

The Drumsticks begin in different forms. While the flavor is a mouthwatering woodsiness, nuts and peppers with a sweet undertone, the draws and finishes are different. Some examples are tight, while others featured a great draw with easy smoke and much greater flavor, including a wonderful salty pretzel finish I found on two cigars. Regardless, the Drumstick is definitely a Headley Grange, but it’s a bit softer and slightly more refined than the rest of the line. The core woodsiness and nuttiness is joined by some spice, cedar and a familiar orange note on the finish. Strength-wise, it’s similar to the rest of the Headley Grange line, just a tick above medium for me. 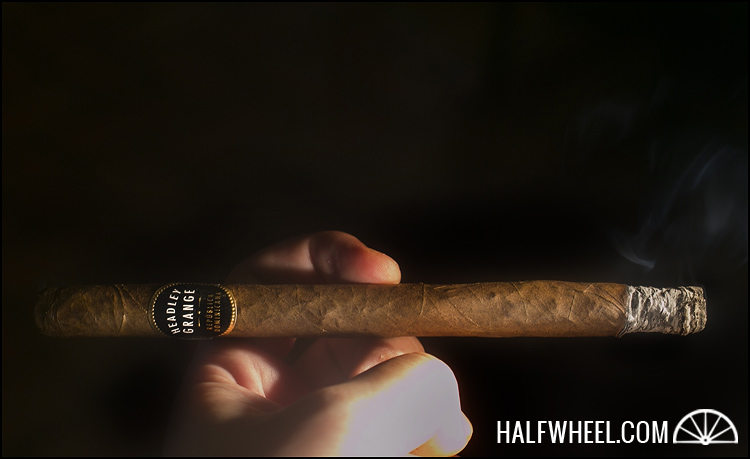 As the second third gets going, the profile increases in its detail. The nuttiness has gained some sweetness and the woodsiness is now much more a cedar and oak combo than it was earlier. There are touches of coffee bean, a smoked meat sensation and some leather, no new flavors, but nothing static from the earlier third. 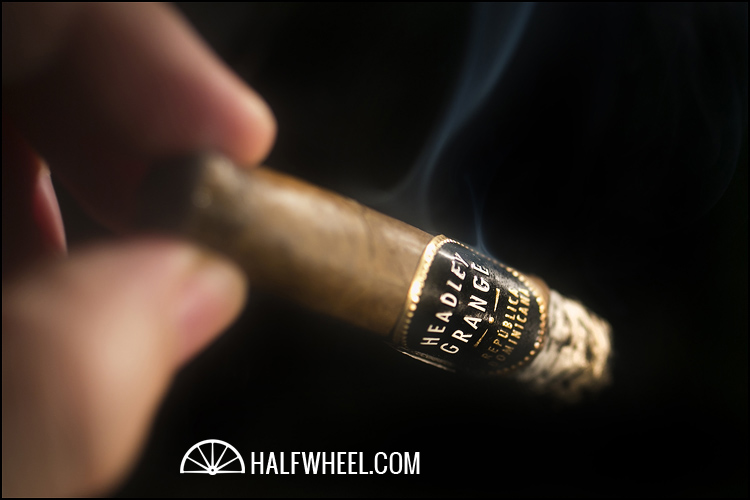 Given how the Drumstick was able to take a quicker rate of puffing than the average Lancero, it shouldn’t come to a surprise that the cigar also remained not only cool, but also enact flavor-wise until less than an inch left. The smoke production definitely decreased, but the flavors were still there: with an added buttery creaminess and harsher rendition of the black pepper than earlier in the cigar. Eventually, the cigars struggled to stay lit, and I called it a day. 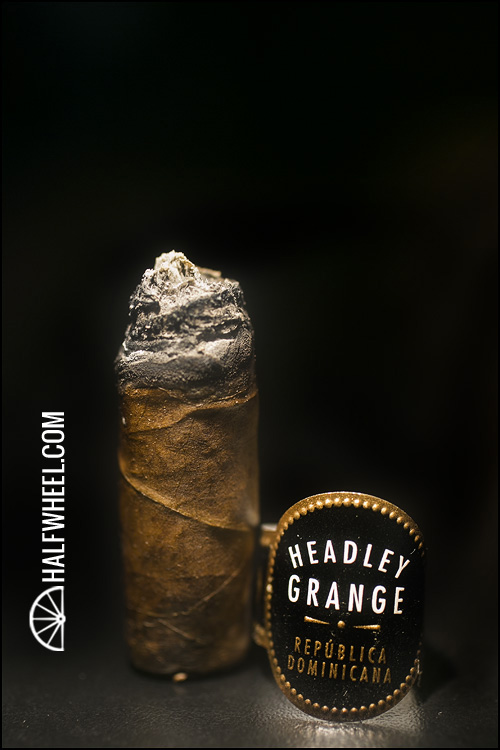 At a local Crowned Heads Trunk Show event, I stopped in and picked up an Estupendos. After three Drumsticks over the course of the first half of the week, I wanted to just make sure of something: the Drumstick definitely tastes like a Headley Grange, but it’s a lot softer, or passive. One of the beauties of Headley Grange to me is the contrast between the complexity and this slight edge the cigar has; that’s just not there with Drumstick, at least for me. It’s not milder, it’s not less complex and it’s not any worse of a cigar, but it’s definitely a bit different. For me, the Estupendos and No. 4 are still the best of the line, but all six are very good cigars, the best that’s coming out of La Alianza as far as I’m concerned.