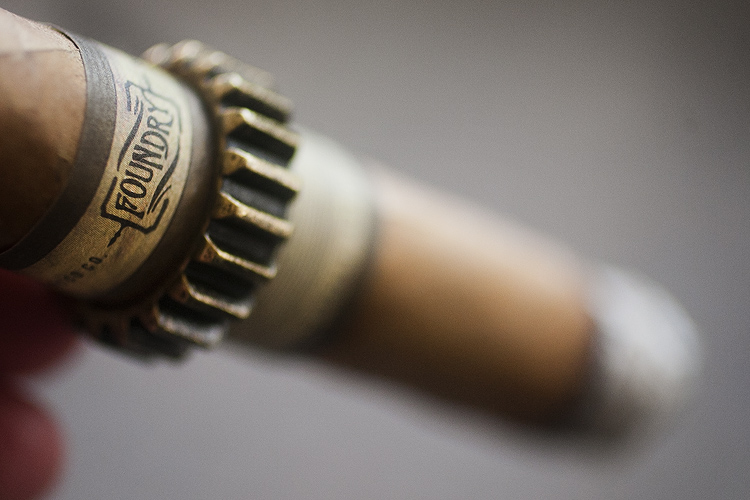 One of the most interesting releases of the IPCPR show in Orlando was a new line from General Cigar called Foundry. It is described as “the brainchild of Michael Giannini,” based off of his fascination with the steampunk movement and innovators.

FOUNDRY is the brainchild of Michael Giannini who led the team that created the breakthrough brand. “Innovation comes from many sources,” he notes. “It is a pleasure and an honor to be able to call upon our greatest resources: the collective talent of cigar masters, our expertise in tobacco cultivation, processing and blending and the creativity of our artisan cigar rollers and box makers to bring FOUNDRY to fruition.

”Through a groundbreaking approach previously unseen in the premium cigar category, FOUNDRY entices the premium cigar connoisseur to take a bold step back in time and a quantum leap into the future to envision the artistry of handmade cigars through the lens of unbridled innovation.

The Foundry blend uses an eight-year-old wrapper from Connecticut dubbed “H-47 Pleno Sol” as well as five different tobaccos from four different countries in the filler and binder—none of which General has disclosed as of yet.

The Foundry will be debut in four different vitolas, each named after a writer, artist or inventor. They are:

The Foundry will be regular production release with a related project already planned for next year. Each cigar features a traditional band, the signature gear and a piece of cellophane that covers the bottom of the cigar from the gear down. 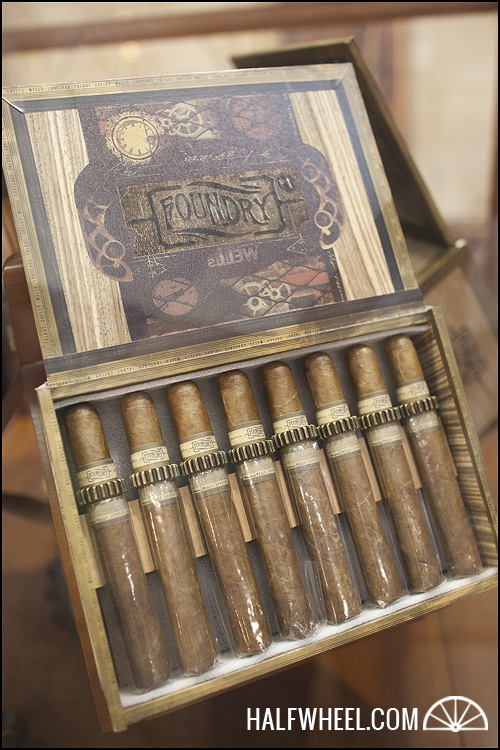 The Foundry is an interesting looking stick with a light honey brown and slightly red wrapper that has quite a few veins present and quite a bit of tooth. There is a nice triple cap, but the rest of the cigar seems a bit sloppily put together. Aroma off the wrapper is slight sweet cedar, leather and white pepper. There is a nice amount of give when squeezed and it feels to be well proportioned. Cold draw is unexciting, mostly straight tobacco and cedar.

The first third of the Foundry starts out with notes of slightly sweet oak, leather, espresso and earth. There is a note of butter that is noticeable—but not overwhelming—and it comes and goes. There is very little spice so far, but I am getting a small amount of white pepper on the retrohale. There is also a bitterness that stays in the background, never very strong, but noticeable. The draw is fine, but the burn is a bit wavy through the first third, forcing me to touch it up once to stay on track. Strength is a non-issue ending the first third at a very mild medium. Coming into the second third of the Foundry and the profile has not appreciably changed in any major way. Oak—sans the sweetness from the first third—leather and earth are the major players with just a tad bit of bitterness that comes and goes. One major change is a prevalent mustiness that reminds me of a harsher version of what is present in some of Davidoff’s offerings, and the note gets pretty dominant in the profile at times. The draw continues to be excellent and the burn has evened up considerably compared to the first third. Strength bumps up a bit to just under a medium, but does not seem to be going much further very quickly. The final third of the Foundry loses the buttery note, but adds some nuttiness to the profile and keeps the rest of the flavors as well: leather, oak, earth and slight white pepper. The sweetness that I could taste from the first two thirds has also disappeared, but the persistent bitterness remains until the end. The mustiness from the second third is still present in varying amounts, but never as strong as it was at the halfway point. Draw remains the same and the burn is fine to the end of the cigar. As expected, the strength ends the cigar just below medium. 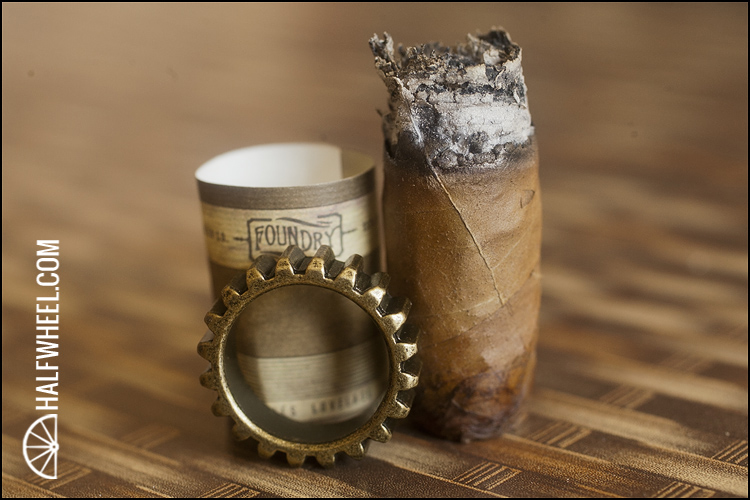 When talking about this cigar, people, albeit mostly people working at General, said variations of the same thing to me, "the profile of the Foundry is something you have not tasted before,"—and I was really hoping that would be the case. Alas, that was not to be. In fact, not only is the profile fairly uninspired, but the burn issues in the first third and the persistent bitterness added a level of annoyance to the experience. While it does not seem to happen often, it is not impossible for one of the super large companies to produce a very good cigar—see my VegaFina review from earlier in the year for proof—but this is just not one of them.