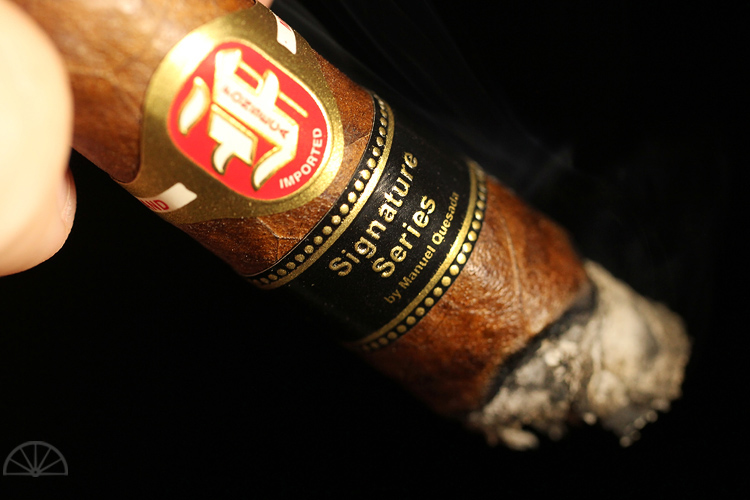 By now you should be somewhat familiar with the Tobacconist Association of America, a group just under 100 retailers who represent some of the biggest stores across the country and have been releasing limited edition versions of cigars for some time. We’ve reviewed a number of their cigars and they have been in the news more and more as of late as their size, influence and prevalence grows in the industry.

The organization was launched in 1968, and I would be fairly certain that most consumers weren’t terribly familiar with them when the cigar for today’s review came out, the Fonseca Signature Sereis TAA, unveiled at the group’s 2007 meeting.

Because cigar websites like this weren’t as prevalent six years ago, the amount of information about this cigar is fairly limited. Representatives from SAG Imports said that the cigar was blended by Raquel Quesada, who currently oversees the production floor at the Quesada Factory in the Dominican Republic and is the daughter of Manuel “Manolo” Quesada. To date she has been significantly involved in the blending of the MATASA 30th Anniversary, the Fonseca Cubano Viso Fuerte and the Fonseca Cubano Limitado, with her name appearing on the box of the latter cigar. In a 2009 article in Cigar Aficionado, Manolo Quesada said she was “second in command in the factory.”

One of the other key sources of information about this cigar was David Savona of Cigar Aficionado, who posted about the cigar in one of the CA forums, where he quoted Raquel Quesada on the cigar’s origins. Among the highlights of that post was the tobacco for the Fonseca Signature Series all comes from the Navarrete region of the Dominican Republic, located just northwest of Santiago.

There is some conflicting information about the cigar floating around. One site who recently reviewed it listed it as a 2008 release, while a representative from SAG Imports said it was shown at the 2007 TAA show. Production numbers also vary a bit, with Savona saying 650 boxes and the rep from SAG Imports saying it was closer to 1,000 boxes and the cigars were continued until 2011 or so. 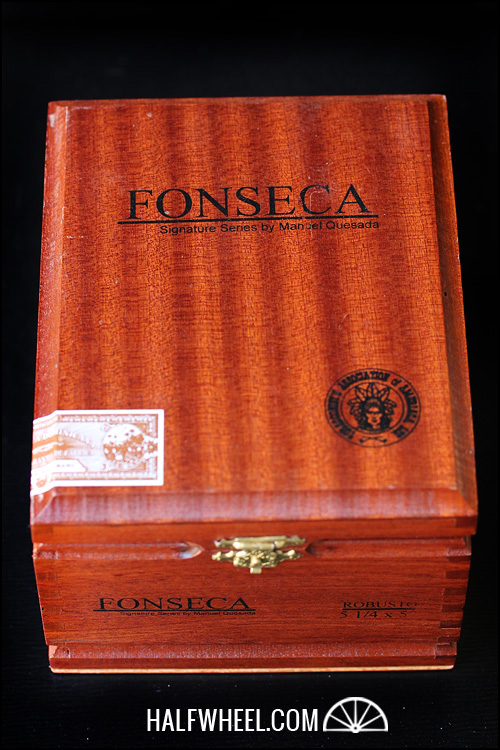 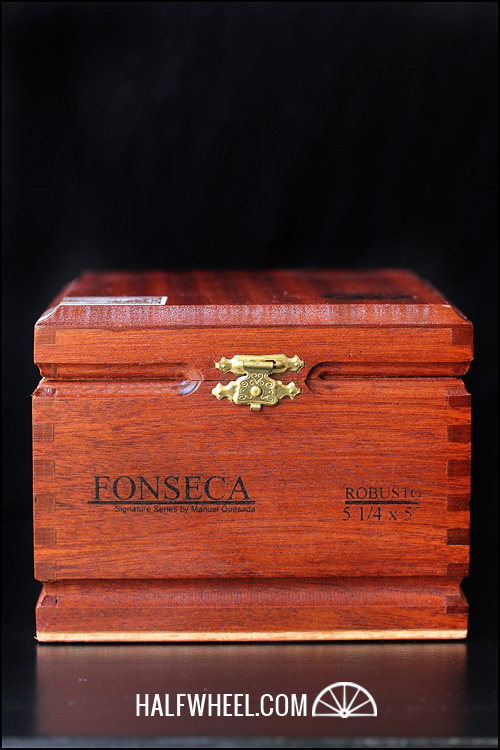 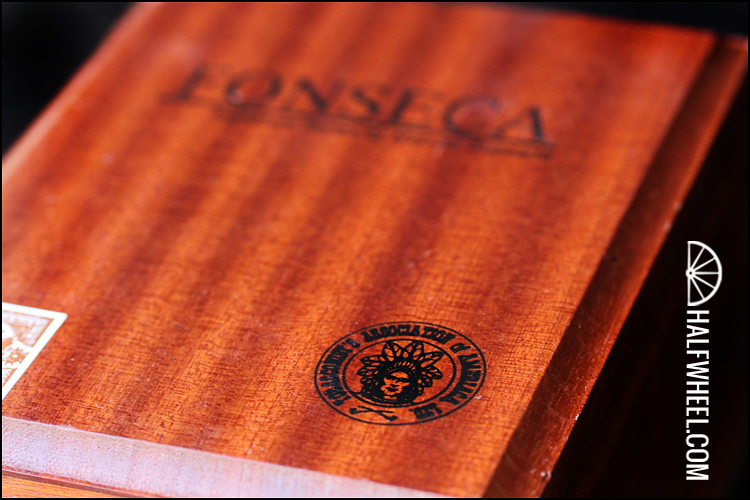 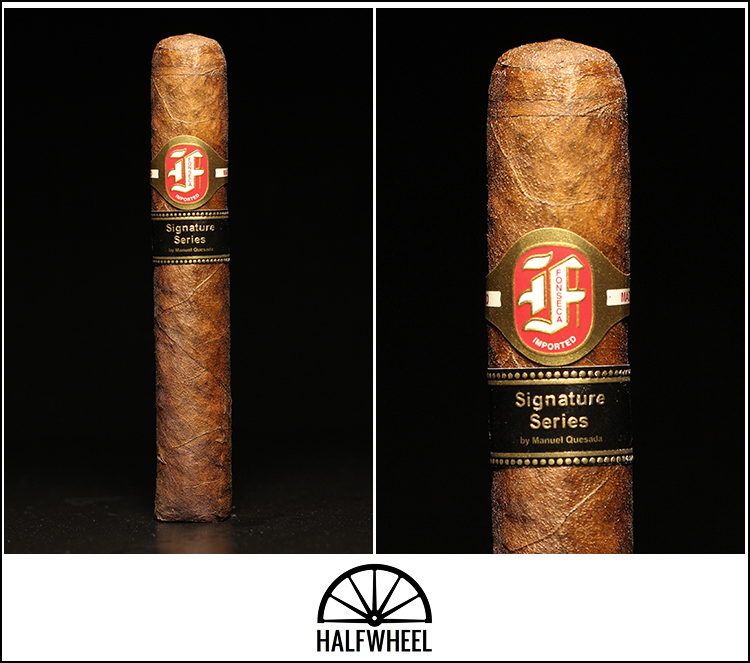 *According to David Savona of Cigar Aficionado. A representative from SAG Imports said the number was closer to 1,000 boxes.

The Fonseca Signature Series TAA has a rich brown wrapper that is oily and toothy with an average vein structure. It’s well rolled with just a bit of give and the cap on each is virtually seamless. The pre-light aroma is just ever so slightly sweet and tangy with a bit of spice, though I can’t help notice a bit of cocoa powder lingering in the background on the first two before having it be much more upfront on the third cigar smoked. The cold draw ranges from perfect to just a bit tight and offers a surprisingly spicy and tangy flavor profile.

The first third of the Fonseca Signature Series TAA is much fuller than I associate with Fonseca –  it’s much more Quesada-esque, and made me think of what SAG Imports said they were trying to do with the Fonseca Cubano Exclusivo, which we reviewed here. Notes of steak drippings dominate the first third, there’s an underlying backbone of black pepper that sets the tone for things and commands the palate from the first puffs. The ash is dark gray and just as toothy as the wrapper and appears almost of lumpy at times. About an inch in, the pepper backs off a bit but leaves the smoke medium to medium-minus and still fuller than I think of from Fonseca. 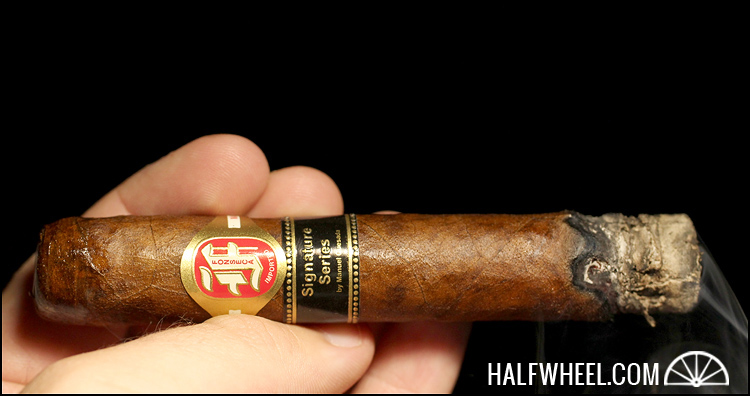 The second third of the Fonseca Signature Series keeps the flavor and body at a solid medium, and I’m wondering just how much effect the age has had on these cigars, given that they were released at the 2007 TAA meeting. By the time the burn line reaches the midway point, there hasn’t been an additional flavor transition, rather a settling in at a baseline that is still much fuller than I think most people would associate with Fonseca. If anything, the flavor stays fairly one-dimensional and medium-minus with some bright wheat toast notes standing out. In the final third the flavor intensity picks up a bit and becomes a bit fuller and a bit spicier, though it seems that the heat of the burn is becoming an increasing factor in that. The draw stays perfect throughout and only some combustion issues hamper the Fonseca Signature Series from being taken down to the fingertips. With the  heat picking up a bit, it forces a slowing of the draw, which is fine as long as you can keep the cigar lit. A spicy, chalky note starts hitting the nose as well in the final puffs, adding to a significant rebuilding of flavor from where it was at the midpoint. 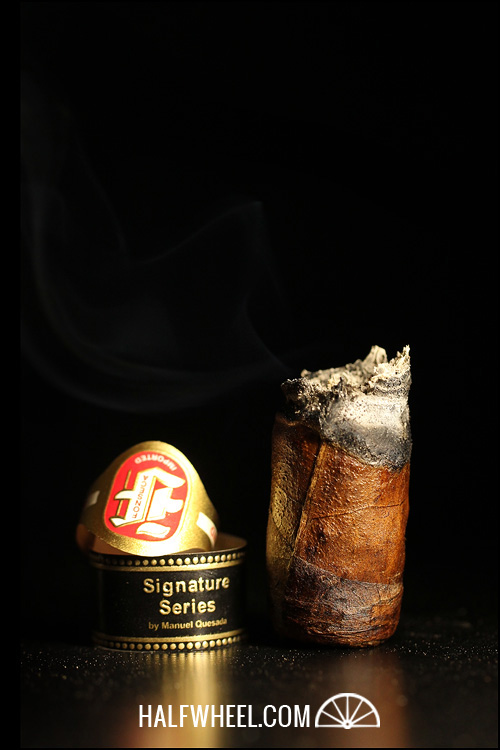 Just to say it one more time, there is a real mind-game at work here, because I would never have considered a Fonseca to taste like this. In some ways, it's almost like the band was switched from another cigar – it's just that different from what I think about from that brand. The other thing is that it doesn't taste like a Dominican puro – it's richer, fuller, a bit spicier and more complex than I tend to associate with puros from that country. To say that I was pleasantly surprised would be an understatement; I was downright impressed by this cigar. Now if only I could find a few more.