We covered the news in a post back in June:

Fonseca’s biggest cigar is headed to Texas. The Fonseca 150 measures a whopping 9 x 60 making it the largest in the SAG Imports-distributed brand’s history. Only 500 boxes of 10 are being made with pricing set at $8.95 per cigar or $89.50 per box and the company expects it to begin arriving in the Lone Star State later this month.

A Nicaraguan Criollo 98 wrapper sits on top a Dominican Criollo 98 binder and Dominican and Nicaraguan fillers. While the size is the largest current for the Dominican-based MATASA factory, big cigars are nothing new. The old factory made a variety of large cigars including the Half Jeroboam, the cigar Robert DeNiro made famous in Cape Fear.

Terence Reilly of SAG Imports described the decision to release such a large cigar in Texas:

In conversations with Texas retailers and consumers we kept hearing that the bigger the cigar, the better it sold.  We checked this against how our larger vitolas in Texas have sold (the Ubers, Casa Magna Gigantors, etc) and confirmed the really large sizes consistently do well throughout the entire state.  Although these massive sizes are growing in popularity, in many regions of the country they are still hit and miss.  When you limit a release to a single state, you want whatever cigar you are releasing to appeal to the majority of consumers and we felt this size has been embraced most in Texas. Depending how it does in Texas, we might look to make other cigars in that size for national distribution.

The boxes the Fonseca 150 cigars come in look like this: 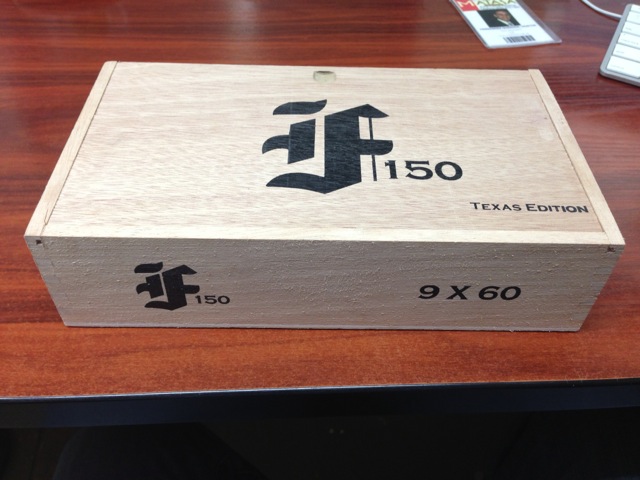 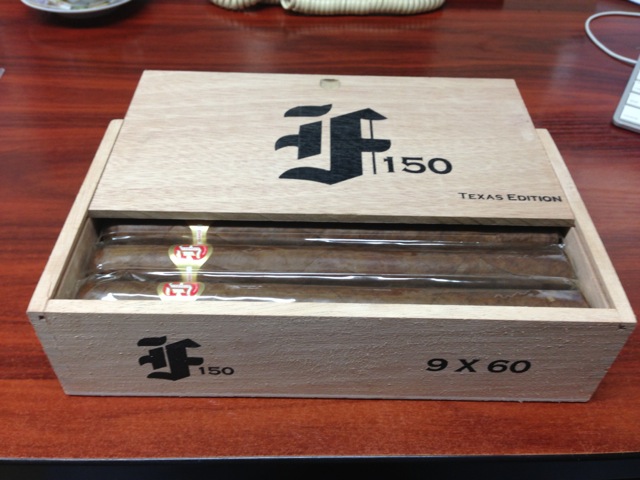 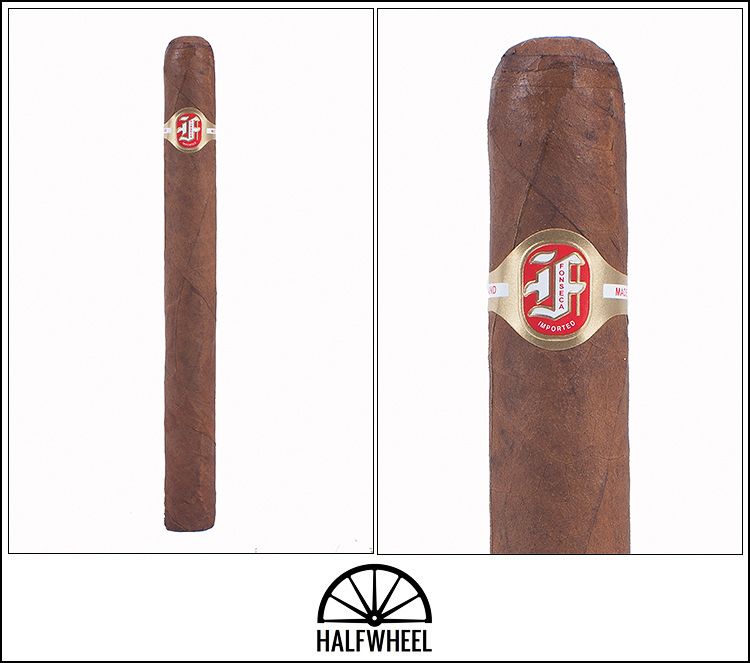 Saying this cigar is massive is like calling Godzilla a large lizard. It is ginormous in my hand with plenty to spare. The wrapper is a wonderful slightly red, mocha brown and is extremely smooth to the touch. Although there are plenty of veins visible, they are not easily felt. There is less resistance than I would like when it is squeezed and the aroma from the wrapper is strong leather, oak, sweet chocolate and earth.

The cigar starts off with strong flavors of leather, oak, earth and hay, along with a nice but faint vanilla sweetness that I can taste every once in a while on my lips. There is a very slight white pepper note on the retrohale and I am really hoping that it will get stronger as the cigar progresses. Smoke production coming from the Fonseca is almost overwhelming, even outside. Construction-wise, the draw is extremely loose, albeit still smokable, but the burn is razor sharp through the first third. As I expected, the strength starts out mild, and does not go very far very fast, ending the first third at a very mild medium. 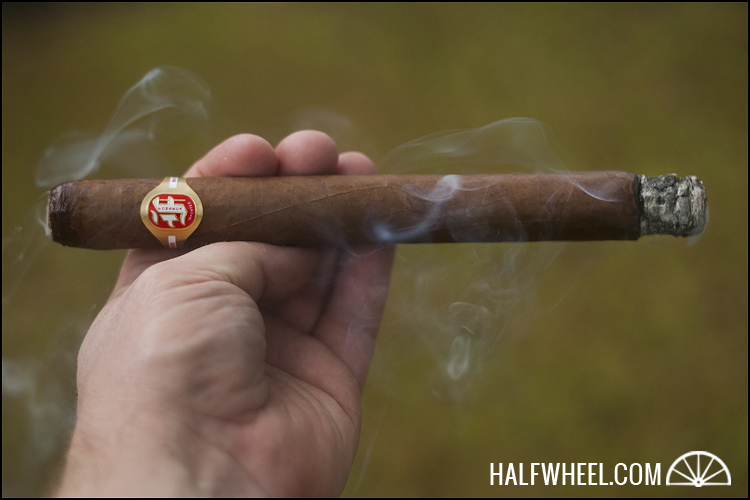 There is not much change in the strength levels in the second third, but the profile replaces the vanilla flavor with a nice graham cracker sweetness that combines well with other notes of hay, earth, leather and wood. The white pepper that was identifiable on the retrohale in the first third is still in evidence, but does not seem to be getting much stronger. Construction-wise, the burn is excellent, but the draw is still a bit too loose for my tastes. Overall strength is fairly stagnant, ending the second third almost in the same place as the first third, a very light medium. 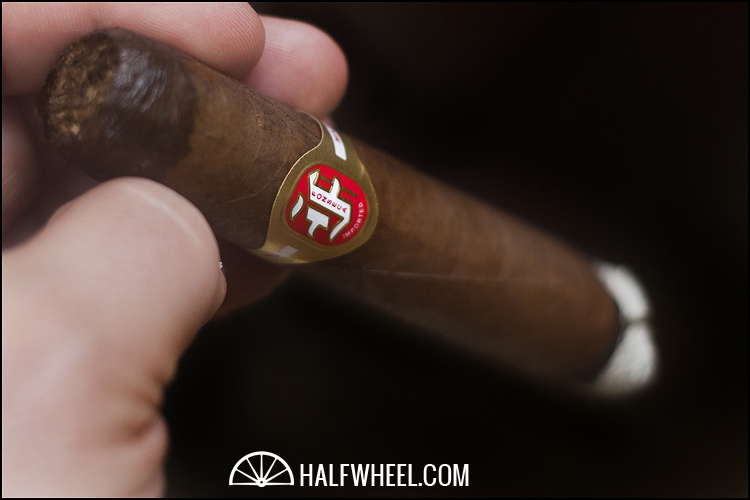 The final third of the Fonseca 150 Texas Edition toes the line in both strength and profile with flavors of hay, nuts, leather and a slight citrus note that shines through every once in a while. The light sweetness has shifting flavors from graham cracker to a milk chocolate note, and the pepper on the retrohale that was present in the first and second thirds has now dissipated until there is almost no trace of it at all. The draw is still looser than I would like, but the burn continues to be great and the smoke production continues to be copious. Strength-wise, the Fonseca 150 ends almost exactly where it began, well short of the medium mark. 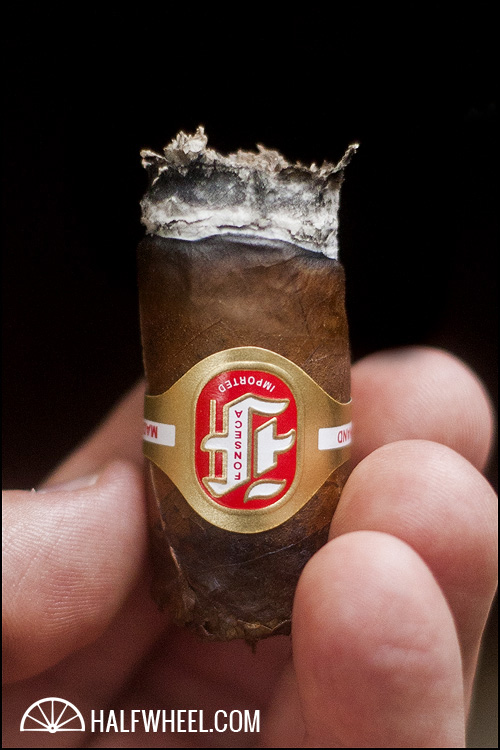 Yes, it is mild. The fact that it is a 60 ring gauge cigar coming from Fonseca—who is not exactly known for strong cigars— virtually guaranteed it. And yes, it is almost obscenely large, although not the largest ring gauge cigar I have smoked by a long shot. Surprisingly, it is also quite flavorful, just not overly complex. The combination of nuts, oak, vanilla and graham cracker flavors were enjoyable, if you could get over the size. Would I smoke this cigar again – or at all – if I was not reviewing it? Not unless I suddenly take up playing golf as it is just too large for my tastes. But for those looking for a gigantic and flavorful cigar that they  can smoke without overdoing the nicotine or breaking the bank, I can't imagine there are many better examples.