At the 2012 IPCPR trade show and convention Pinar Del Rio showed off a new Flores y Rodriguez line, the Exclusivo. The Exclusivo line was to consist of ten single store limited editions, each a size, shape and name that the store got to pick and a base blend that they got to tweak slightly as well. While we know of six stores that have gotten their cigars in, the remaining four stores have yet to have been announced, even on Pinar Del Rio’s website. Right now, the six stores and sizes we know of are:

As noted above, each store got to tweak their blend a little by changing the amount of ligero used in the cigar to make it a unique profile. The blend that each store gets to alter is based off of the Flores y Rodriguez Maduro line.

Today we’re taking a look at the Atlantic Cigar Co. Short Perfecto, which according to Atlantic’s website, they opted to add more ligero to the cigar, giving it more of a punch. Another unique addition to each size is that with each box of Exclusivos, the respective company’s logo is on the inside of each of the boxes. 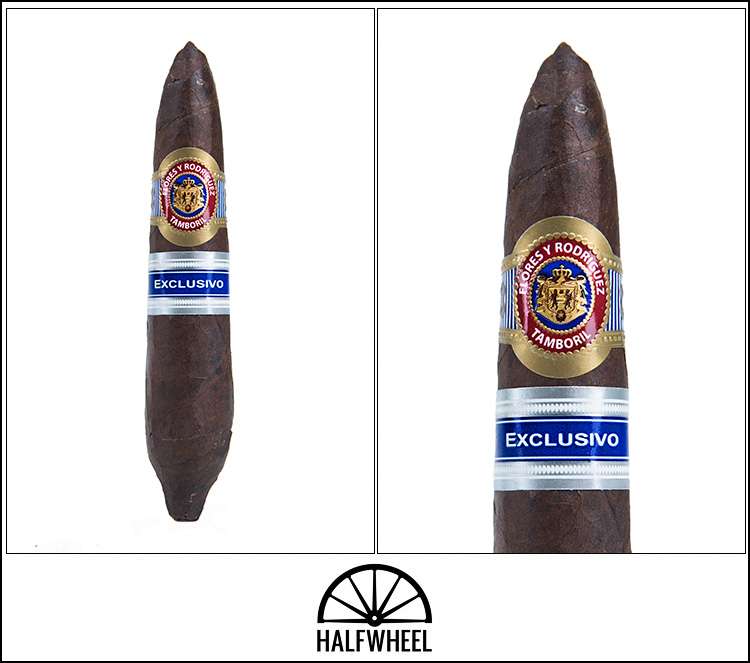 Looking at the Exclusivo Short Perfecto the wrapper is a dark brown, feels slightly rough and does not have a very oily feel to it. There seems to be plenty of extra goma that was used on the cap and the foot of the cigar to hold together the perfecto shape. Overall the cigar is firm everywhere except at the bulge towards the foot where there was a couple of softer spots. The aroma off the wrapper is sweet tobacco with a grassy hint in the background. The cold draw brings many more notes, including chocolate, cinnamon, grassy, slight herbal notes. While the draw appears to be a little tight with the perfecto foot, it should open up pretty quick after the bulge.

The Exclusivo Short Perfecto starts out the first third with a sweet and almost syrupy profile. There is a very minor black pepper at first that quickly develops into meaty notes. When this happens the whole profile shifts slightly but significantly to a more meaty, roasted sweet pepper flavor smorgasbord. Smoke production started out fairly significant, despite the small foot, and as the cigar expanded so has the smoke production. The burn has kept fairly even with only the most minor touch up needed. As expected the draw has opened up to an ideal draw as soon as it was past the perfecto bulge. The second third sees the sweet pepper shifting again to more of a hot cinnamon note. There is still a meaty note that is fairly dominant, though maybe not as much before. Hints of cedar and an overall medium sweetness round out the interesting profile. Unexpectedly, the burn has evened up completely now that we’re around the bulge and the ash releases easily just under an inch. 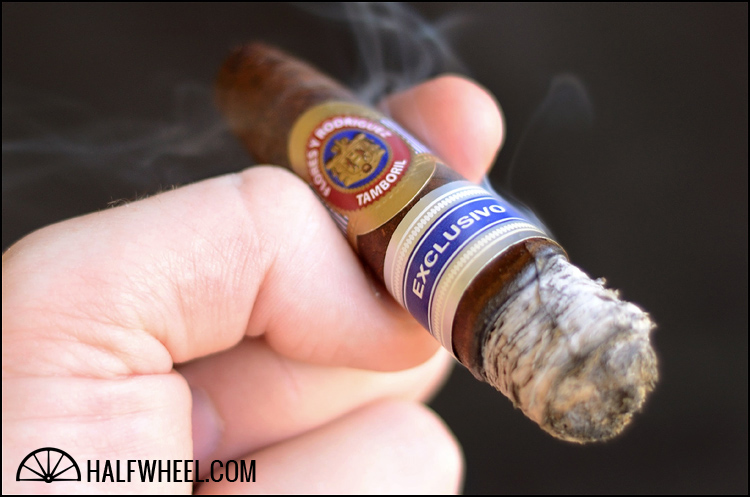 The final third of the cigar starts off needing a couple of minor touch ups. Despite the ring gauge tapering down again, the cigar is still a smoke monster. The cedar and cinnamon have faded leaving a semi-sweet, meaty profile that has a slight touch of pepper. I would put this cigar at a medium to full body and strength at a medium to strong. Wrapping up the cigar with just under an inch left, the cigar stayed smooth and enjoyable to the end. 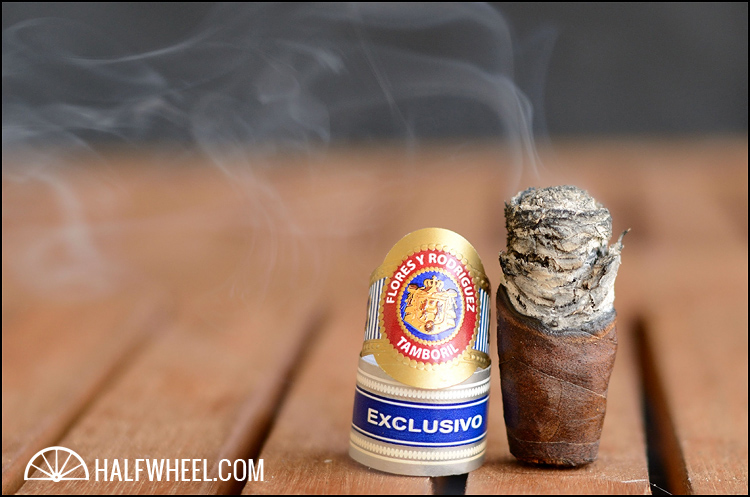 While the idea of a single store release isn't new, the idea of a blend that gets to be tweaked into a unique version for a single store release is definitely fun. Atlantic’s Short Perfecto is a shape and size that I enjoy because it’s an hour and a half smoke that is a little different from your every day Robusto. While reading through my description of the cigar, there are a couple of flavors that just don’t seem to belong with the rest on paper, however once you actually get to taste them together it works. If you think the profile sounds like your cup of tea I can easily suggest picking up a five pack, or even a box if you’re feeling adventurous. With the current price well-below MSRP it’s not a hard decision to make.