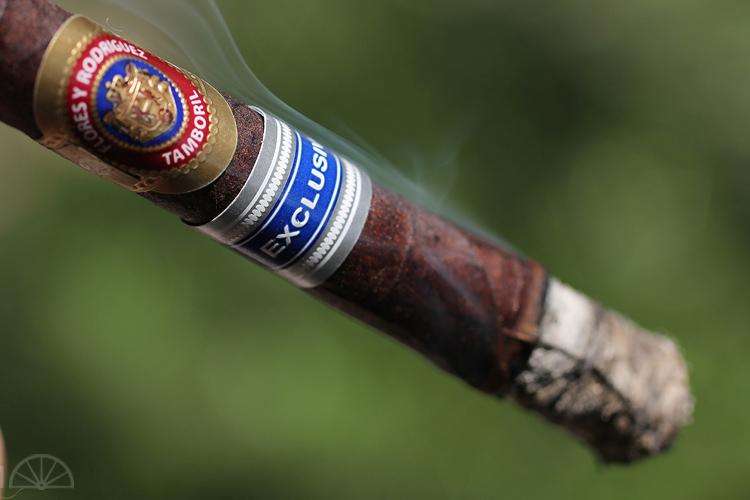 In February 2012, a blurry picture was tweeted by Tim Podwika of Podman Cigars that showed two new lines that would soon be arriving from Pinar Del Rio, the Pinar Del Rio Small Batch Reserve and the Flores y Rodriguez Exclusivo. Both made their official debut at the 2012 IPCPR Convention and Trade Show, though the Small Batch Reserve was released to PDR retailers just a few weeks after the picture was posted.

Just over a year later, halfwheel reported that the company was working with a handful of retailers across the country to create store-exclusive sizes of the Flores y Rodriguez Exclusivo, with each store getting to not only pick the size but adjust the amount of ligero used to suit their liking. Six stores have already been announced, with “another couple” still in the works, according to Ekert Cordon, the company’s national sales manager.

The retailer-exclusive cigars are based on the Flores y Rodriguez maduro blend, but uses a Nicaraguan Criollo ’98 binder and Nicaraguan ligero from Estelí. In addition to the size and blend, each retailer also gets to give the vitola a name of their choosing. Here is the current list of retailers that have been announced:

In addition, the box also gets some customization, as is seen in this photo of The Coney via The Party Source’s website: 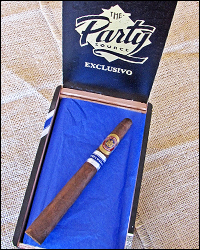 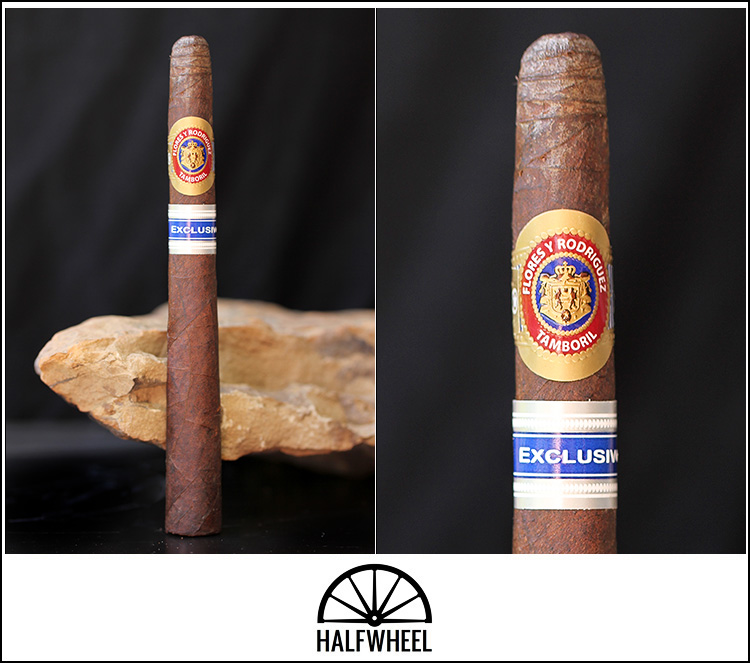 The wrapper is a rich, dark brown with deep black veins and a fair number of what looks like goma stains. The head of the cigar appears to have four wraps of wrapper leaf underneath the cap, drawing the eye to its seeming excess and making it hard to ignore the seeming imperfections of the assembly. The pre-light aroma is of sweet tobacco, some faint honey, wheat and grain, while a slightly challenging cold draw offer much richer and deeper flavors, and the ligero is almost palatable – there’s a fair amount of pepper present, though it seems more potential than actual in terms of strength. I never like cutting off too much of the cap and the head of this cigar is downright tiny, measuring about 34 ring gauge.

The Flores y Rodriguez Exclusivo The Coney starts the first third with a tangy hit of wood before starting to show its pepper and ligero strength within the first half of an inch. The flavor on the palate is long and lingering though not overwhelming, almost like that of a good jalapeño pepper. There are some fleeting moments of harshness in the first third, but by and large it settles into a good balance of flavor and a medium bodied level of spice. While the ash hangs on well, it really slows down the smoke production, and when the first clump is knocked off about an inch in, the draw opens up significantly, resulting in much more smoke. 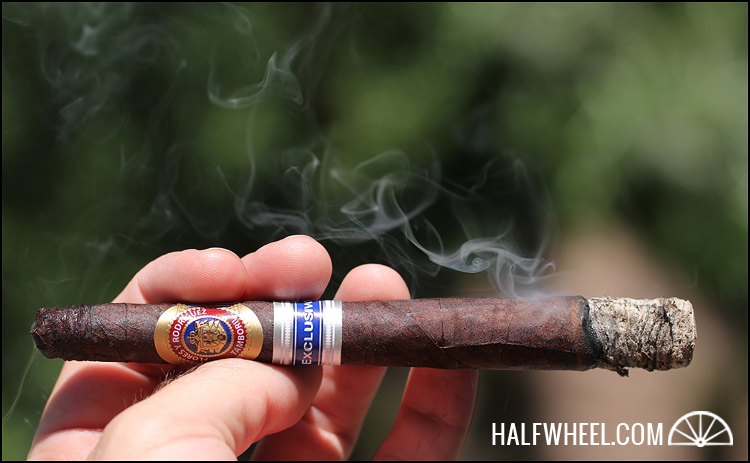 As the second third begins and the ring gauge continues to shrink, there seems to be an intensification of the flavors, though I’m wondering how much of it might be me just looking for them given my predisposition to Figurados. There is also a very noticeable uptick in the nicotine levels, as by the midpoint, the Flores y Rodriguez Exclusivo The Coney really starts to show its strength. Again, when the ash gets too long, it hinders the draw and smoke production, so a regular tap is helpful in keeping the cigar burning. Some combustion issues start to show up more prevalently in this third, and since the cigar doesn’t feel overly humidified, makes me wonder if there isn’t more slower burning ligero than I thought at play. Pepper starts to become a more dominant note in this portion of the cigar – almost to a detriment at times. 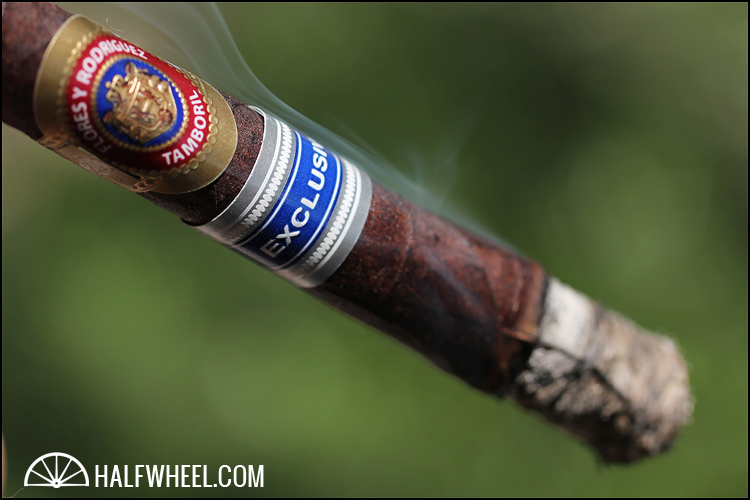 Entering the final third, the burn rate slows to an absolute crawl, and I’m beginning to wonder just how much ligero – and how little seco or volado – might be in the cigar at this point. The flavors continue to increase their concentration and the nicotine levels remain fairly high. It’s hard to pin down the specific flavors I’m tasting as they seem very tobacco-heavy and more component based than blend based. The nicotine kick continues to creep up and by the time the cigar is done, I need to make sure I have something to hold onto when I stand up. Sadly, the balance that the cigar was finding in its first third is long gone, replaced by ligero-driven final inches that not only make the cigar a bit more single-tracked but also left me walking away feeling a bit cigar drunk. 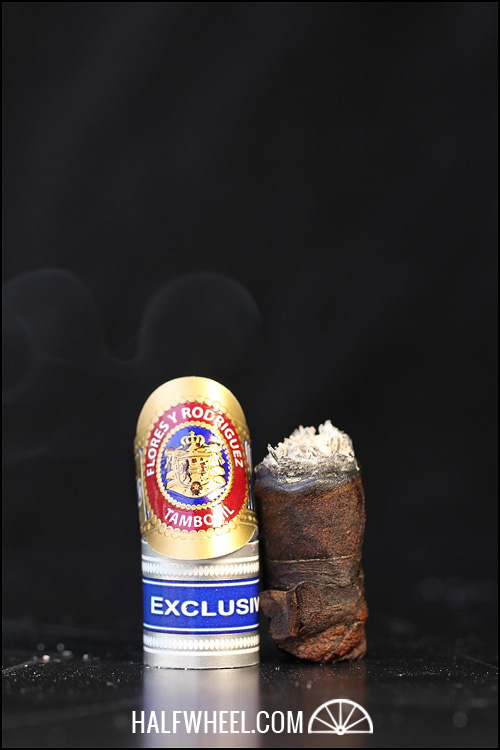 After smoking the first cigar, I was discussing it with a fellow cigar smoker and the word I kept find myself using was balance. The Flores y Rodriguez Exclusivo The Coney went from finding a very nice balance and even some complexity in the first third to being a ligero-driven cigar in the final third, and while it showed some very pronounced flavor transitions, it seemed to fall out of balance for my palate. There's a lot to like about this cigar, from the idea for the project to the cigar's vitola to some really enjoyable flavors and a fair amount of strength – though the final third seemed to do too much in terms of strength and ended up weakening the overall impression.