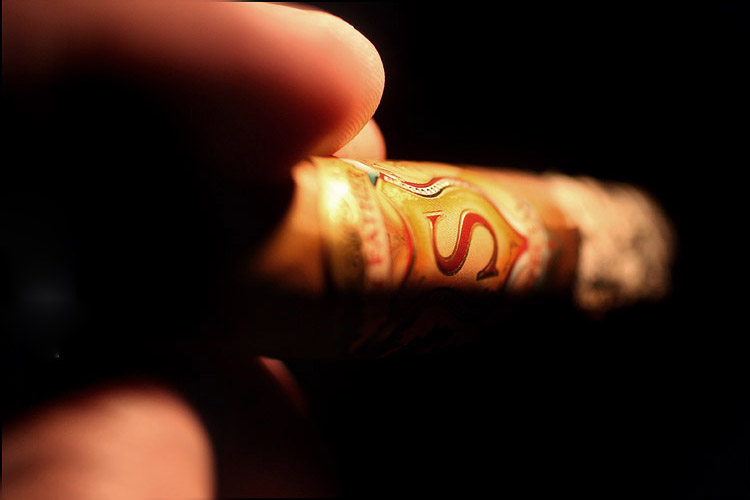 In early 2011, rumors started flying that there was a special cigar being handed out at My Father cigars events. Dubbed the My Father S Special, it came in a red cardboard three-pack in only the 5 x 50 Robusto size when you purchased a box of cigars at said events.

The My Father S Special was rumored to be blended to taste similar to the El Centurion blend, which if you did not know, was Pepín García’s much loved first limited edition in 2006. In fact, the Robusto was a size in the El Centurion line and the bands of the two cigars share virtually identical layouts different only in the letter in the middle, the name and color scheme. You can see what I mean about the bands in the photo below: Now, to get confusing. There is also a S Special with a totally different blend which also comes in a white three-pack cardboard box. However, the cigars for this release are not event cigars, but instead were sent out in limited quantities to some of the largest My Father accounts to sell separately. Instead of using a Ecuadorian habano rosado, they use a Nicaraguan habano wrapper. The My Father S Special seems wonderfully rolled, with a silky smooth medium brown wrapper that has almost the perfect give when squeezed. The wrapper smells wonderful, like a combination of dark chocolate, leather and sweet generic wood.

The first third of the My Father S Special starts out nicely with a creamy profile and a bit of spice on the lips. Flavors are easy to pinpoint, with creamy cedar, leather, white pepper and earth the dominant notes. There is a bit of sweetness that comes and goes at various times, and it combines nicely with the creaminess and some spice on the lips that is present. Construction is fine for the first third and it is a very nice opening, albeit a bit mild, strength-wise. Coming into the second third of the My Father, and the cigar has the same basic mild and creamy profile, but there is a more nutty note slowly taking over the profile. The sweetness from the first third is still present, but like the beginning, it transitions in and out — sometimes strong, sometimes almost non-existent. The spice present in the first third increases quite a bit as well. Strength is still not overwhelming, but the García creation has gotten a bit stronger, ending the second third around a mild-medium. The final third of the S Special continues the trend of flavors from the first two thirds: nutty, earthy, creamy and slightly sweet. The spice on the lips comes back, but never really gets overwhelming largely because it fades in and out. One change is an addition of a little pepper on the retrohale at the very end. Construction remains fine with nothing to complain about. Strength ends at a solid medium. I was pretty impressed with this blend, whatever it may be. Although a milder cigar strength-wise, the flavors were distinct, balanced and fairly interesting with a nice amount of spice throughout. While not as good as my gold standard mild smoke, the Tatuaje WCD 120 Redux, it is an ideal morning smoke. The problems, as they always seems to be are two-fold: you are only supposed to be able to pick some up at events, after buying a box, and the one place that sells them prices a Robusto at $8.00 each. In my opinion, they are definitely worth picking up if you come across one.